So, you've decided to play Skyrim again. Or perhaps this is the first time. Either way, you've installed the game, played a few minutes, and realized something: wow, this is pretty ugly.

Skyrim isn't exactly a game that has visually aged well. It's more than three years old, was already a bit dated when it came out (Bethesda's four-year development cycle shows), and with gorgeous games like The Witcher 3 having been released this year, Skyrim doesn't really have much to offer on the visual front.

It is, however, a gun that runs on Creation Engine, and it has a development kit with an active community. We have the technology. We can rebuild it. 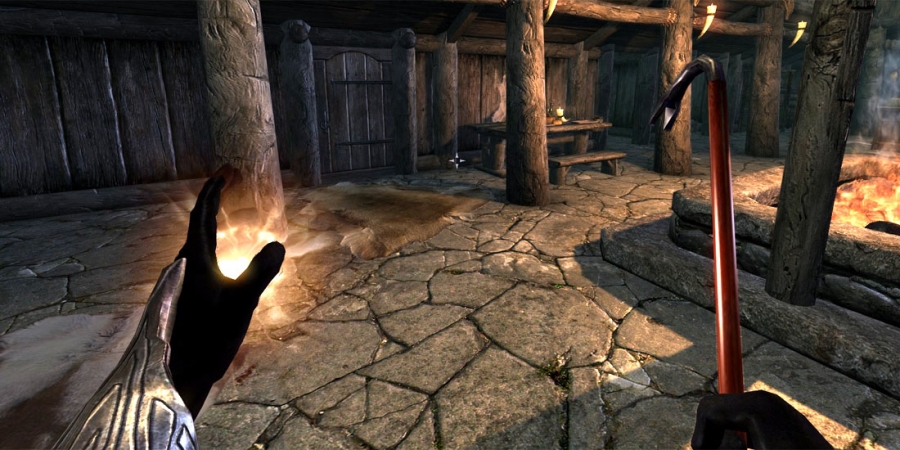 On April 25, Valve revealed to the public a collaborative effort with Bethesda and a handful of selected modders, aiming to bring monetized mods for The Elder Scrolls V: Skyrim to the Steam Workshop. The concept was received with brutally negative feedback from the community and, less than a week after the release of the system, Valve and Bethesda decided to shut it all down.

When the issue was still hot and the outcome unclear, I made two albums regarding the quality of these mods. You can check them out on imgur here and here. We have rehosted just a few of the dozens of images.

It’s easy to see where Valve is coming from with the original concept: The company solely exists with thanks to mods. The GoldSrc engine was not the first to provide modding capabilities, but it stands as a significant milestone in the existence of this intensive and appreciated gaming niche. It was on GoldSrc that we saw the first cases of free community mods transcending their amateur roots and evolving into full-fledged, professional games. The list is long, but some of the best-known PC games are rooted in this background: Counter-Strike was a Half-Life mod, Team Fortress Classic was a Quake mod remade in the GoldSrc Engine (itself a Quake engine mod) then in Source, Dota was a Warcraft 3 map, Killing Floor was an Unreal Tournament mutator, and the list goes on. With the recent explosion of free-to-play titles with monetized User Generated Content, like Team Fortress 2, Dota 2, and – to some extent – CS:GO, it’s no wonder Valve decided to give Skyrim a shot of the same business model.