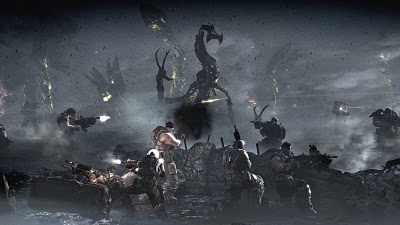 On top of that news, Exor Studios has also updated Zombie Driver through free DLC, available to both new players and old. The new DLC adds a "Slaughter Mode" to the game, enabling players to drive around slaying ever-increasing waves of Zombies in arena-style gameplay. The only rule? Survive. As if that isn't enough, the new version of Zombie Driver included Twitter and Facebook integration and a handful of new achievements on Steam. What more could you possibly ask for?

Paying full price should infer that you receive a full game, no excuses.

The recent release of games like Bioshock 2 and Dragon Age: Origins have revealed a horrible truth: development houses are spending an increasing amount of time producing DLC pre-launch with each year. Content that would typically be included with the launch is being shelved for a rainy day. Get out your umbrellas.

The fact has recently emerged that publishers are including this DLC on the actual retail version of the main game, essentially selling activation codes as DLC instead of the actual content itself.

Imagine buying a new album only to find out that you can only listen to 10 out of the 12 tracks. It's unethical and should be unlawful to restrict content that was rightfully purchased, but this is not a first in the consumer electronics industry, Apple has been doing it for years.