What is a voxel, anyway? Voxels vs. Vertexes in Games

With all the talk whirling around voxel games like Cube World, a self-described Zelda-Minecraft hybrid, and Castle Story, a voxel RTS, we've been asked numerous times to explain what voxels are and what their implication is on future games. To do that, let's start by better understanding the commonplace approach to game graphics: polygons.

I don't want to save the world.

Not only am I desensitized to the world-threatening drama found in many games by the plethora of films that tackle the subject, but the world surrounding my in-game character simply isn't my world. I haven't assimilated it yet, and without any collateral to save this world I've never learned about, I can't really be bothered to feel attached. Better games will try to establish an emotional connection between the player and the game world before threatening to take it away; most games fail to create any sense of attachment whatsoever. This detachment is amplified moreso by our tendency to be virtually lazy, of all things.

A coursemate recently pointed me in the direction of an article on GamesIndustry.biz which reported that smartphone and tablet gaming now secured 8% of the US Games market. The abstract read: "The traditional home console business is quickly losing revenue share to the smartphone market." 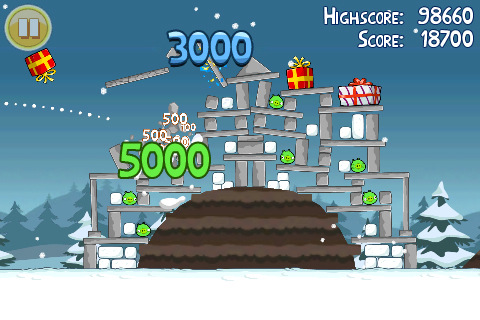 At this, my face screwed up. For revenue share to be lost, the two must be comparison goods: the purchase of one directly reduces consumption of the other. Is this true? Are people NOT buying console/PC games because they’ve got Angry Birds? I’m not convinced. One could argue smartphone games are a gateway drug drawing in new gamers to console games, particularly casual-focused consoles like Wii and (3)DS. This would in fact make them complimentary goods, where the growth of one would positively, not negatively, impact the growth of the other. Mobile games might represent a widening of the gaming market, rather than a new rival muscling out console and PC gaming.

It’s been a while, but rest assured, we’re still going strong, with areas being added, refined and populated with characters, dialogues and quests.

We’ve also been working on integrating something new, that some have seen as controversial – new VO. Our current plans for VO are to get as many of the characters voiced as possible, but obviously this is a huge, huge task. This new VO for non party characters will be included for all players, but it will be up to the player whether they want the new voices for Party Characters or not. Part of this was fuelled by necessity, in that our cutscene guy was having a hard time timing the cutscenes to the lines, and new VO makes his job a whole lot easier. The other, possibly bigger reason is that 2 characters standing silently and conversing may have made sense in the far away camera world of BG2, but in Dragon Age with the camera so much closer to the action, it looks awkward and unnatural. And for those worried that it’ll sound amateur and the actors and actresses won’t be very good, I’ve personally listened to most of them, and everybody we’ve cast so far is very good, and the quality of recordings is high too – some of our VO is being recorded in professional recording studios.

A smaller, but still important note is that we now have a working installer, which will check for an installed version of BG2 before it’ll install the module. For most of you, this will be very quick, it’s good at finding the files it needs, but those who currently don’t own the game, it’d be in your best interests to go and pick it up, otherwise you won’t be able to play Module 2. We’ve tested the installer with both the retail and GOG version of the game, so it’ll work from either. The best deal and probably the easiest place to buy it from is GOG (http://www.gog.com/en/gamecard/baldurs_gate_2_complete), since it’s getting hard to pick up in shops now.

We are well into production of Module 2 and things are going smoothly. So far, we have created over 50 new areas and over 20 new level layouts including: Waukeens Promenade, Slums District, Government District and the City Gates. Also, Worldmap travel has been confirmed to work with new maps created based on DnD Forgotten Realms lore with a Dragon Age feel to the graphics.

Transition from Module 1 to Module 2 has also been successful and transition cutscenes are being produced with the next part of the saga including the dreams sequences (video below). These also showcase our new Irenicus model with full humanoid animations.

Quests and plots are also being put into place that will include some interesting places and encounters in this module. Workflow and enthusiasm is still high and going well and will try to keep the progress reports up to date.