For Bethesda's regular around-the-web round-up today, they spotted a few cool devices that we thought deserved attention: A modified Xbox 360 controller (they can be adapted to PCs, of course) in the theme of Dishonored and a LEGO Pip-Boy 3000SI. 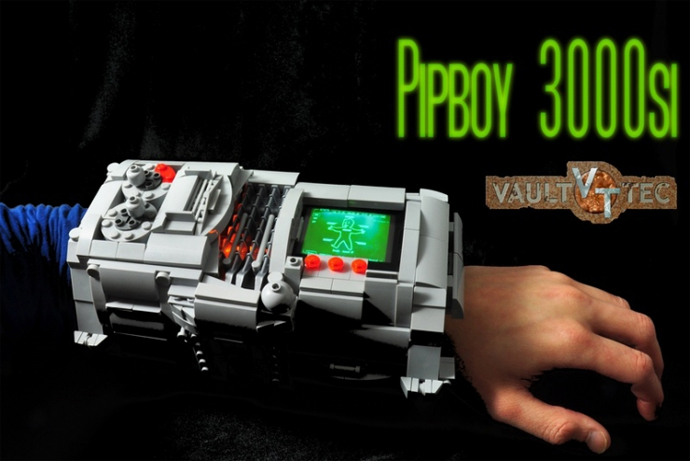 A Brief Look at 'Contrast,' the Noir Platformer

Being a big fan of platformers—like the classic Rayman and Megaman series—I cannot help but have a 6th sense for the good ones. Instantly, while traversing the indie mega booth at PAX East, I was drawn to a quaint alcove housing what was my sleeper hit of the convention: Contrast. This indie-developed game combines out-of-the-box thinking and puzzle aspects with the pinpoint-precision of platforming.

In Contrast, the player takes the role of our shadow-stepping protagonist, Dawn, and ventures out into a noir-stylized world wrought with mysteries and disappearances. With story-elements abounding and classic platforming and puzzle-solving at the heart of gameplay, Contrast offers a bit more depth than the tried-and-true 8-bit platformer.

Meeting with Square Enix at PAX East 2012 was the result of many, many updates on their numerous incoming games. Here's a short recap of what they had to show and what we can expect for this year from the developer.

The sleeper hit of my PAX East 2012, Heroes of Ruin, brings a flawlessly-stylized co-op dungeon crawler to the 3DS. With a painted art style similar to Guild Wars and excellent 3D visuals, you and three other players (globally or via LAN) can explore a world full of story and side quests (think Kingdoms of Amalur) and tweak character classes the way you want. Using a dynamic difficulty scale based on how many people are in-game at the time, the randomly-generated dungeons show the conflicts of the undead spreading around the forest. Wolves and fairies fight zombies for territory as you run by, swinging your sword, shooting your gun, or slinging spells in their direction. With a quick-sell option that works with the 3DS' street pass system, this game has tons of features that dungeon crawler fans will adore.

Gearbox gives the Borderlands franchise, best known for its unique mix of FPS and RPG elements, a fresh look in the upcoming sequel; in five years since the first game, Handsome Jack has moved in with his Hyperion Corporation and taken over Pandora. It’s his goal to awaken an ancient power, known only as "The Warrior," hidden away somewhere on Pandora. Only the four new vault hunters (Maya, Zero, Axton, and Salvador) can use their special skills and relationships with the original four heroes to save the planet.

One of the artists over at Splash Damage has painstakingly crafted the Resistance's Gerund rifle from Bethesda's Brink. Having started off with the stock Nerf Stampede ECS18, which artist Laurens Corjin purchased for ~$30, he saw potential for a working replica of the Brink Gerund (granted, of course, not quite as deadly as the original... we hope).