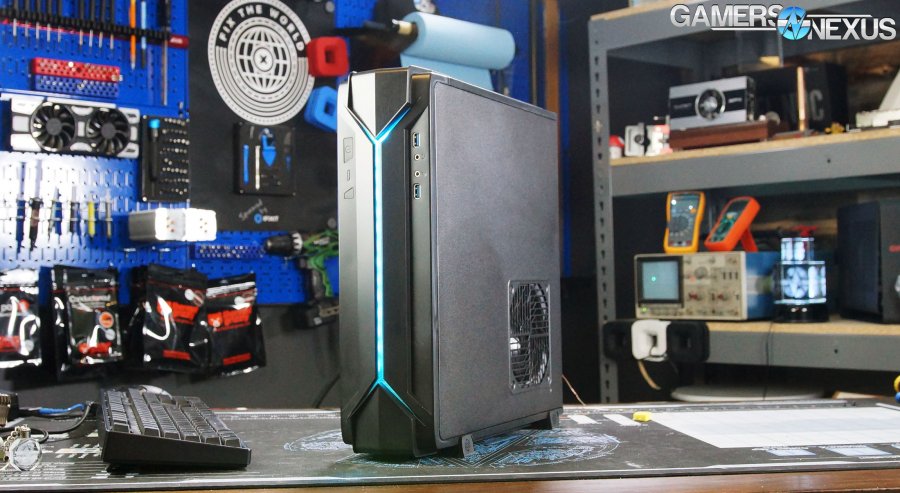 SilverStone’s RVZ03 isn’t new, but after years of ATX case reviews we have quite a backlog of promising small form factor cases. The RVZ03 is part of the Raven line, a loosely related group of “extreme enthusiasts chassis” that could also be called “the ones that have a V-shape on them.” We recently revisited the RV02, one of the best-performing full size cases we’ve reviewed.

It’s a thin, console-like enclosure, typically shown standing vertically, but also capable of being laid on its side Taku-style. The ubiquitous Vs on the front are clear plastic backlit with RGB LEDs hooked up to a controller; the controller can accept input from a standard 4-pin RGB header and includes adapters to control normal LED strips as well. 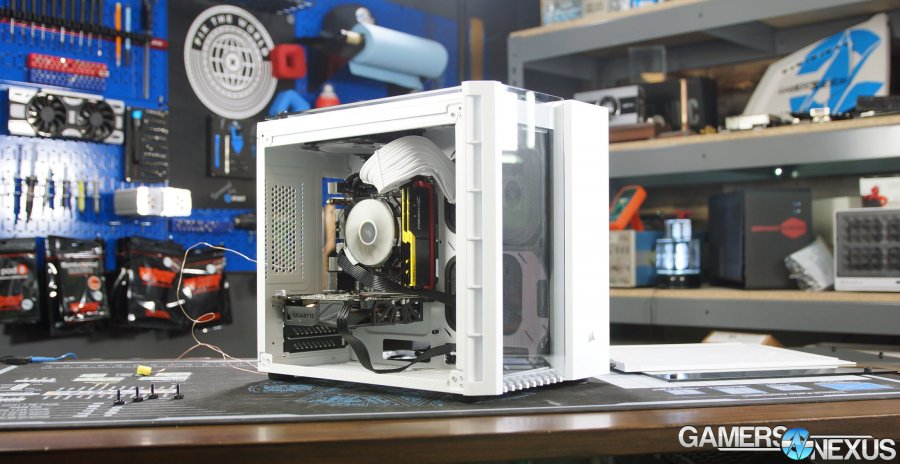 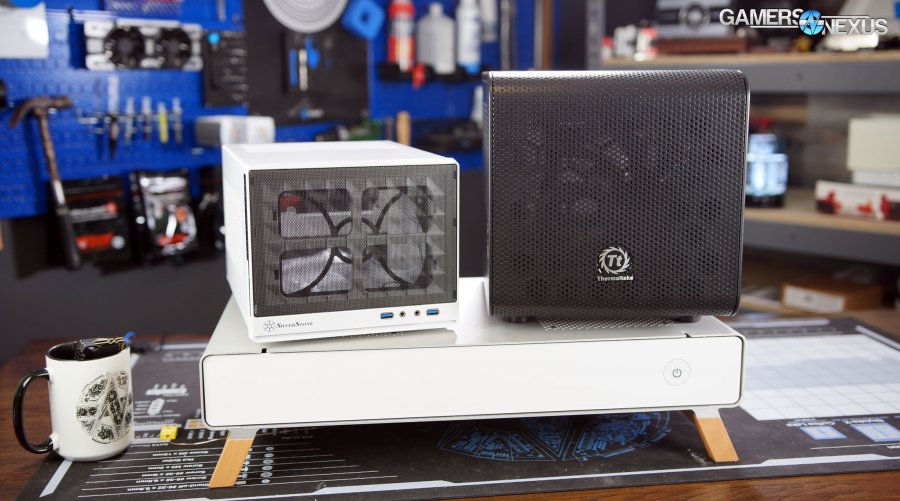