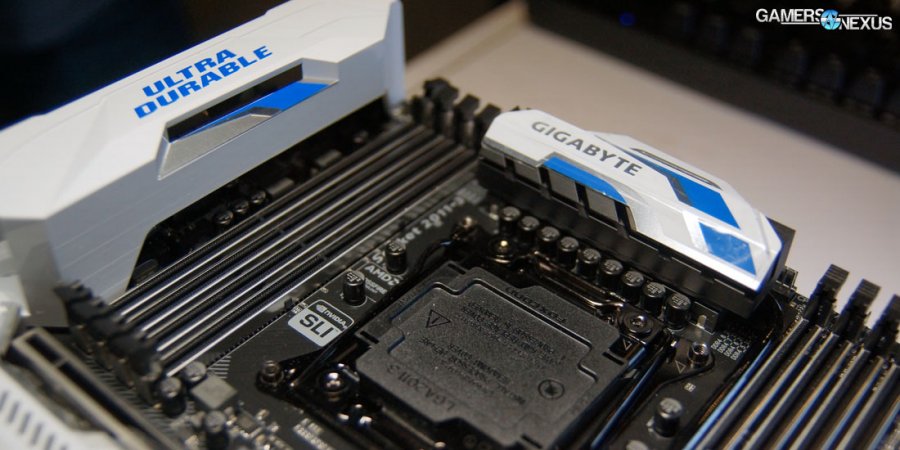 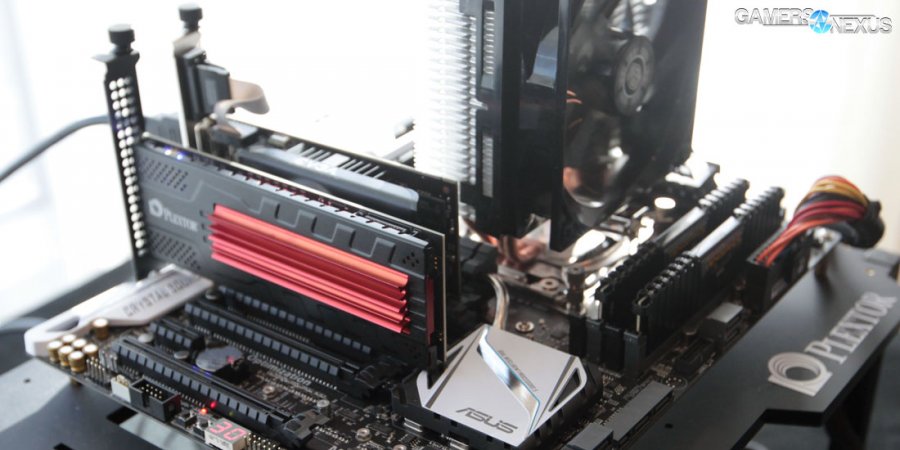 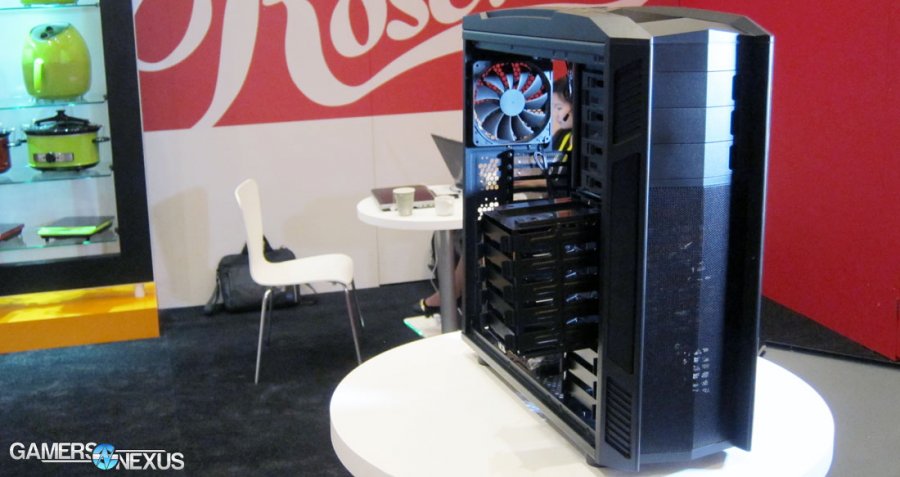 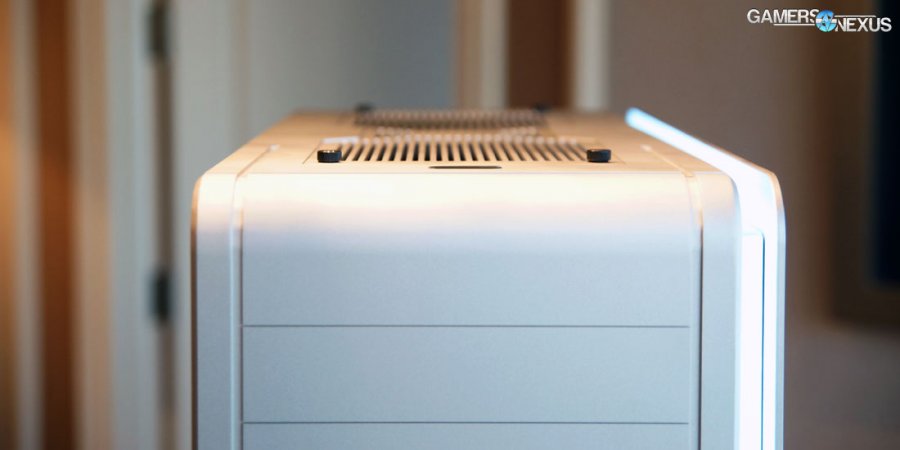 The biggest new product in the Phanteks suite is still a work in progress. At the moment it's being called “Project 916” or, as noted on the back of the name card, the “Primo Pro.” The design has deep channels along the outside that mirror the other Primo series cases, but P916 adds more LED lighting, thick aluminum and steel, and tempered glass that separate it from the others. 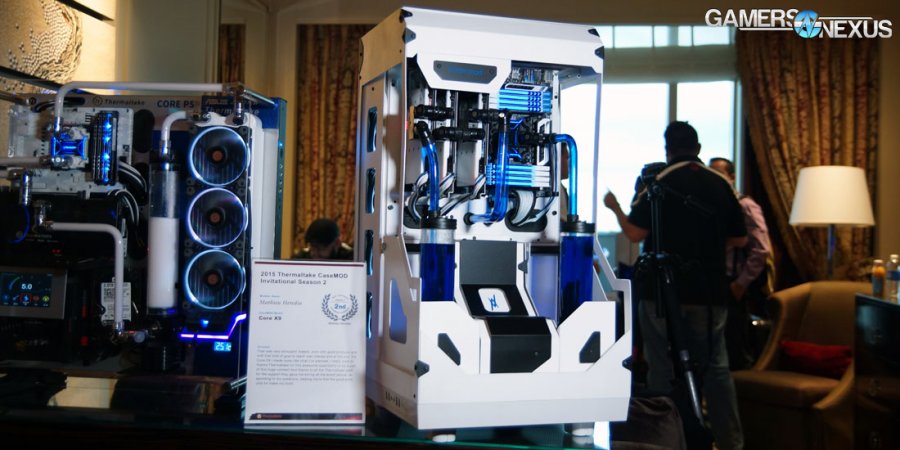 Thermaltake greeted us this year with a steel tank packing two mini-guns. It was the winner of the X9 modding competition and was created by Jesse Palacia, a case modder prolific in the Dirty South PC Mods group on Facebook. The Core X9 was hardly recognizable as the top had been cut down at about a 45-degree angle and the side panels had been sawed through and made into hinged, steel covers. Even though the mod wasn't currently powered, it was still eye catching.