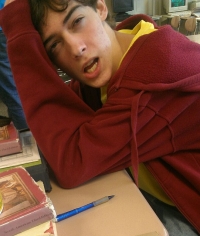 Patrick Lathan is GN's resident social media expert, handling the likes of our Twitter, Steam, & Facebook pages, along with fan interaction. As of 2015, Patrick will be heading-up GN's case reviews, guaranteeing wit and sarcasm directed toward cases misfortunate enough to attract his gaze.