For anyone new to the series, The Wolf Among Us is an adventure series from Telltale Games, the creators of The Walking Dead games. It’s based on the Fables comics universe and zeroes in on town sheriff Bigby Wolf and his struggle to bring the terrors of Fabletown to justice.

There are a few plot spoilers for Episode 4 and the rest of the series below, so proceed at your own risk. Please also note that this review is based on the linked series of events in my particular playthrough.

Episode 3 finally saw the conflict from Episodes 1 and 2 amplify to begin affecting all of Fabletown. Episode 4 - In Sheep’s Clothing sends Bigby on a chase to learn more about a mysterious antagonist called “the Crooked Man;” Bigby aims to learn what the Crooked Man’s intentions have been with the female victims and, more recently, Ichabod Crane.

In Sheep’s Clothing immediately presents an interesting contrast from its predecessor, “A Crooked Mile.” This time, it’s Bigby Wolf who feels vulnerable while Snow White asserts her case-cracking prowess. The twist of roles plays out in other scenes involving Mr. Toad and Colin, and it’s interesting to see Snow White re-emerge as a strong female lead while the male characters play guessing games with each other. 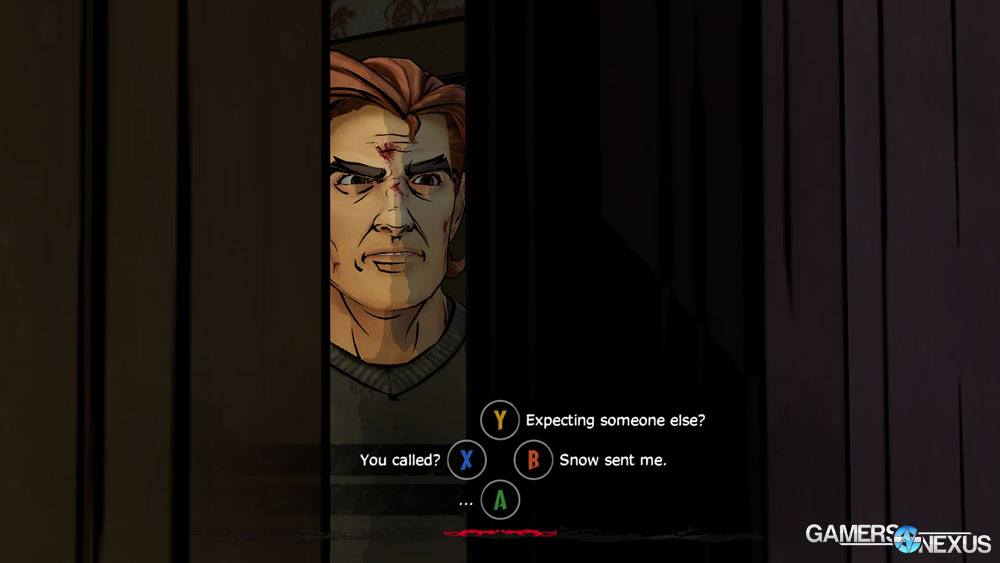 I had mentioned in A Crooked Mile that I could start feeling the weight of the secondary characters in each interaction. In Sheep’s Clothing presents a couple of similar moments that fill in some of the story’s gaps and add depth -- even emotion. The meeting between Nerissa and Bigby was, as I write my initial reaction, touching and believable. I could see Nerissa’s care for Bigby’s well-being through her facial expressions and cadence, and it made me feel more humanistic to empathize with her. I’m even a little softer after teaming up with the the Woodsman (whom I’ve knocked around quite a bit so far) to help fight a common enemy. He’s grown on me like other Fabletown-ies. Even though he doesn’t say “I want to help you,” his recent actions do the talking loud and clear. For the record, the scuffle between us and the Jersey Devil was a bloody good time.

In Sheep’s Clothing also finally reveals the conflict between Beauty and Beast. There were a few ways to approach this, and with my reserved and suspicious behavior, I altered my relationship with those characters in a way I hadn’t expected. And as a result of this and similar incidents in Episode 4, I now take on Bigby as someone who has to weed-out the s**t that he doesn’t owe anybody, even if he/she’s a friend. It’s player-defined plot altering like this that makes the series worth playing all the way through and back again.

The only caveat to taking one episodic bite is that...it’s just one bite. The bottom line is that we can only take a wild guess as to what Crooked Man’s intents are at the end of the episode. Piecing together the next steps for Bigby in a series of brilliantly-written scenes keeps the game in an engaging rhythm, but as was demonstrated at the end of A Crooked Mile, we need to see a more dramatic attempt at an outcome to give us satisfaction in each bite. 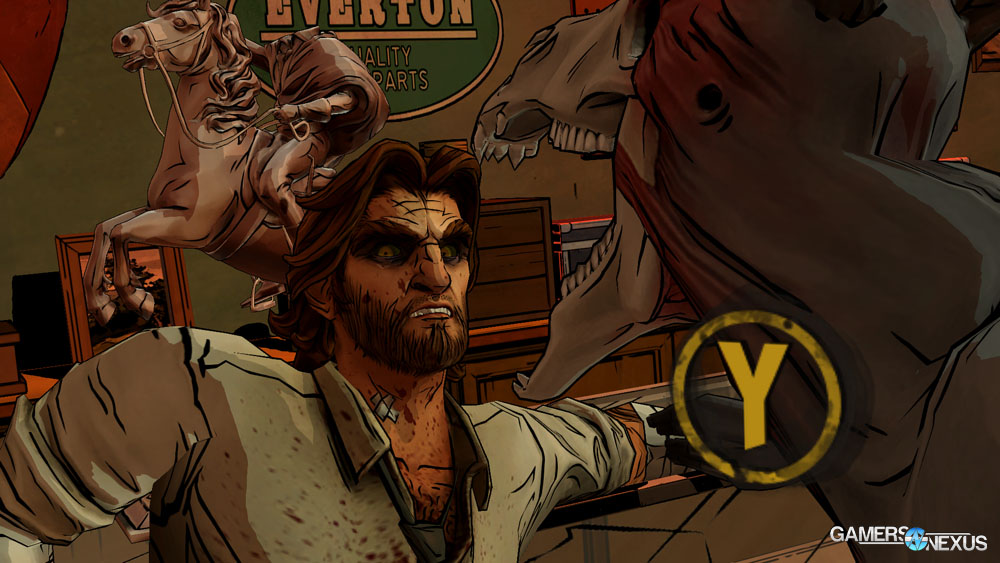 This episode is just too short; I don’t think it took more than two hours. I hope this is by design to ratchet up the drama in the final episode and tie-up some remaining loose ends in the process. I’ll also mention I did not choose to explore a possible physical confrontation at the end of the episode; I don’t know how long that confrontation would have lasted, either.

The teaser for the next episode is told from the perspective of Bloody Mary, whom I didn’t get around to confronting in Episode 4, despite the rising tension. She recounts the stories she had heard about Bigby when he snapped and took on his wolf form. It’s clear that Bigby will unleash some of his rage from earlier in the series, although I’m curious to find out how he picks his targets since I’d go after just about anyone now. There’s still so much mystery around the ultimate goal of the criminal operations and who’s driving them. The question is: Will the kingpin in this mystery really be one who has been in sheep’s clothing the whole time?

Until then, I look forward to my carrier pigeon delivering me the Episode 5 release date announcement while I hang onto this cliff.