Does the Loom of Fate deem Wanted: Weapon's of Fate a worthy title? Erm...not really. 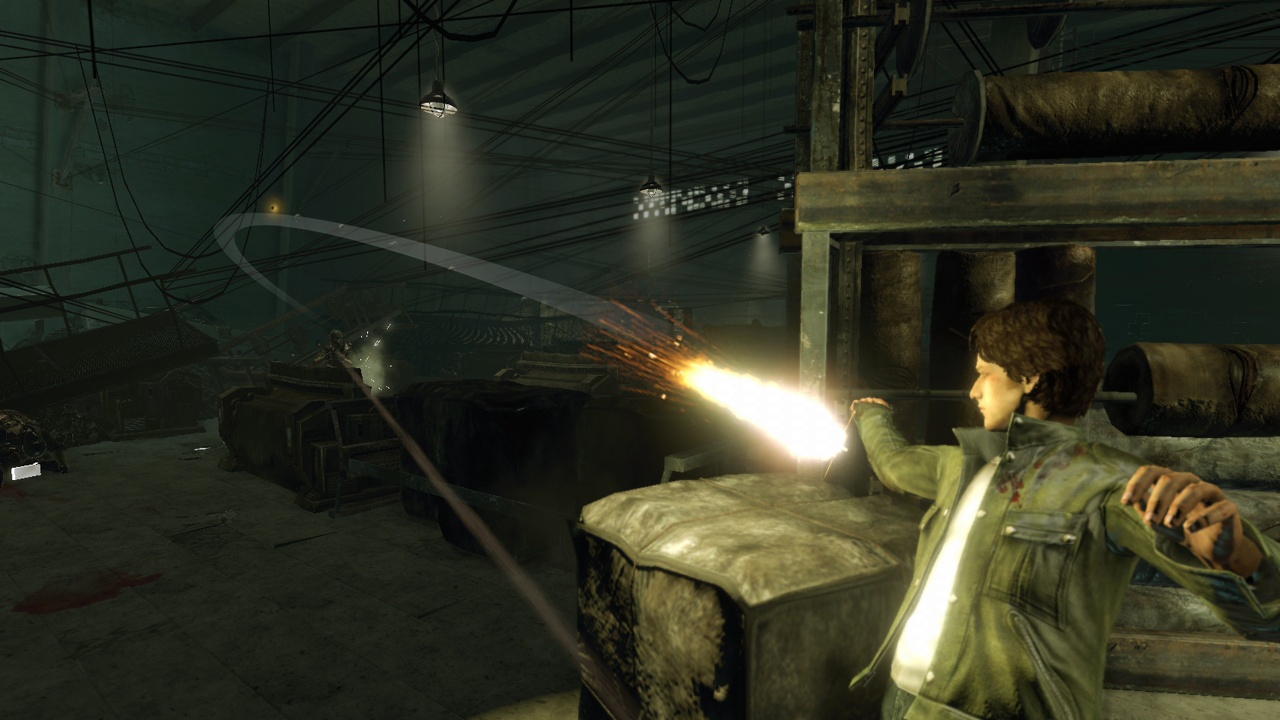 As some of you know, I rent my games before laying down $50. Those of you that already knew that are probably thinking, “Wanted? Why the hell is that on your list?” and to that I say, the graphic novel is excellent (I'm a comic geek at heart) and the film is total and utter worthless crap. So my usual scepticism about movie tie-in games had already gone flying head-first out of the window due to the fact that the game couldn't POSSIBLY be as bad as the film. It's not. It's not a good game; it's just not as bad as the film. 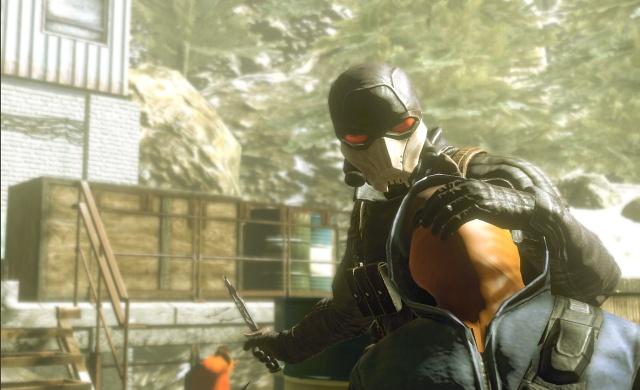 The crux of the game happens straight after the events of the film with intermittent criss-crossing between Wesley's character and Cross's. Thankfully, the game sticks to the characters of the book better than it does with the film. Wesley is a totally annoying prat, just like the book, and the rest of the film cast (with the exception of a very brief appearance of Morgan Freeman, who looks more like Nelson Mandela) aren't even in the game. Which, trust me, is beneficial. The game starts you off with a running tutorial, having you do things in very specific ways in order to get familiar with the mechanics. One of the things I did like about Wanted is that if you get very comfortable with the controls, and you end up actually calculating the order and method of killing the enemies, you can perform some pretty amazing feats, which look REALLY cool, especially in slow motion. For the most part the plot of the game is OK, it's not as good as the graphic novel (which it was never going to be) but it's a damn sight better than the film. Actually, the fact that it doesn't involve the Loom of Fate automatically makes it better than the film, so that's a plus. 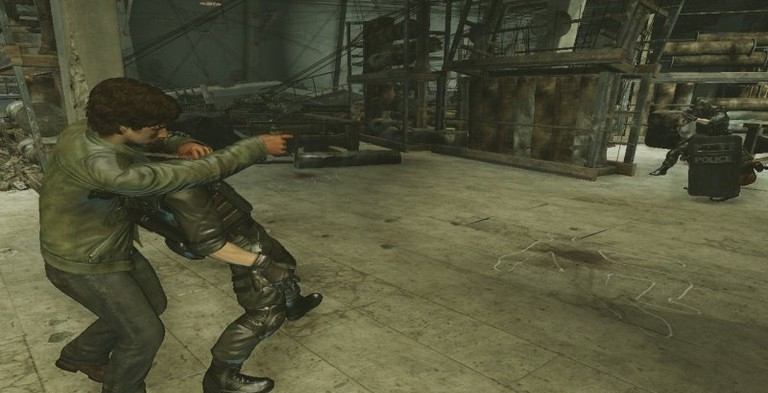 There is really only one thing that makes Wanted: Weapons of Fate different from any of the bog standard run and gun games out there, and that's the Bullet Bending mechanic. Basically you hold a button, if you have enough adrenaline, and mark out a curved path for the bullet to travel, once you let go of the button, the bullet will fire. This never gets old, and it doesn't take long to get used to either. I found myself running down the aisle of a church, gunning people down left and right then, in a split second, bending a bullet around a pillar to split a guy’s head open in slow motion. Amazing. It is literally one of the most satisfying things I've done in a game in a while. Too bad there's nothing else in terms of gameplay to back this mechanic up. Wanted: Weapons of Fate has great use of the environment. If any of you have played the demo on either PS3 or Xbox 360, you will understand what I mean. There's a level on a plane, you fight your way to the cockpit with the plane horizontal, then you have to fight your way back while the plane is in free-fall - climbing up the chairs because the plane is now vertical. This use of changing environments means that the game levels can be quite concise while still being full of content and never really looking, or feeling, like you're just walking back on yourself. 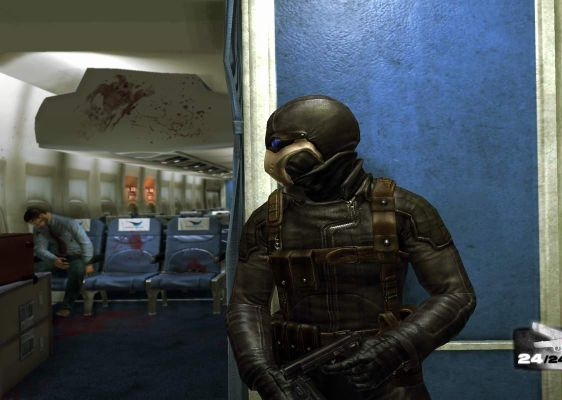 In terms of bad things about Wanted: Weapons of Fate, I personally think that it's as good as any other 3rd person run and gun style game. The job gets done, the plot isn't really deep but then again people don't play the game for plot, they just want to shoot things. To that end I think it probably should have been about twice as long. As it stands, I finished the game in just over 5 hours, and I was trying to explore every inch of the levels, so it's not a long game by any means. I would say it's worth a rental or borrow; a weekend should be enough to see the game from beginning to end without any real problems. Once you've played through it once you unlock another difficulty level and the option to play through the game again as another character, but these are just skins, they don't change how the game is played at all so I didn't really see the point.

Short Term: Short term is the only real way to categorize Wanted with it only being a fraction over 5 hours in length, and for what it is, it's an OK game. Nothing really to write home about. You won't feel like you've wasted your time playing it though. - 50

Long Term: For this review I'm going to consider 'Long Term' as meaning re-playability seeing as the game is so short there isn't really anything else to consider 'Long Term'. There is very little, if any, replay value for most people in Wanted: Weapon's of Fate.  Unlock another difficulty level and some more skins for the main character model, but other than that there's nothing. No multiplayer, no alternative game pathways, no nothing. Maybe in a year or so I might have wanted to play it again on the harder setting, but not any time soon. - 10

Overall: Overall, even though Wanted: Weapons of Fate is better than the film, it's still not a good game. If you missed it, you wouldn't feel like you'd missed out on a gaming gem. I'm sure this kind of mechanic will be used in something else sooner or later, maybe even something with a storyline. If we're really lucky, maybe they'll even include some gameplay. -

Note: The developers of Wanted: Weapons of Fate, GRIN, have since been lost into the gaming history ether. Even though their last efforts weren't the best in the world (Terminator: Salvation and Wanted: Weapons of Fate), they did create the new widely liked Bionic Commando. No studio deserves to be treated the way GRIN was by their publishers. Development houses do all the work and publishers take all the credit, then when they're done with them, they just throw them to the side. It's a shame. I'm sure GRIN had some special stuff lined up for the gaming world which will, thanks again to publishers, never be seen. For the full story see http://www.develop-online.net/news/32601/GRIN-forced-to-close-after-delayed-payments