Paradox Interactive lays claim to the throne of Sims.  Long live the king? 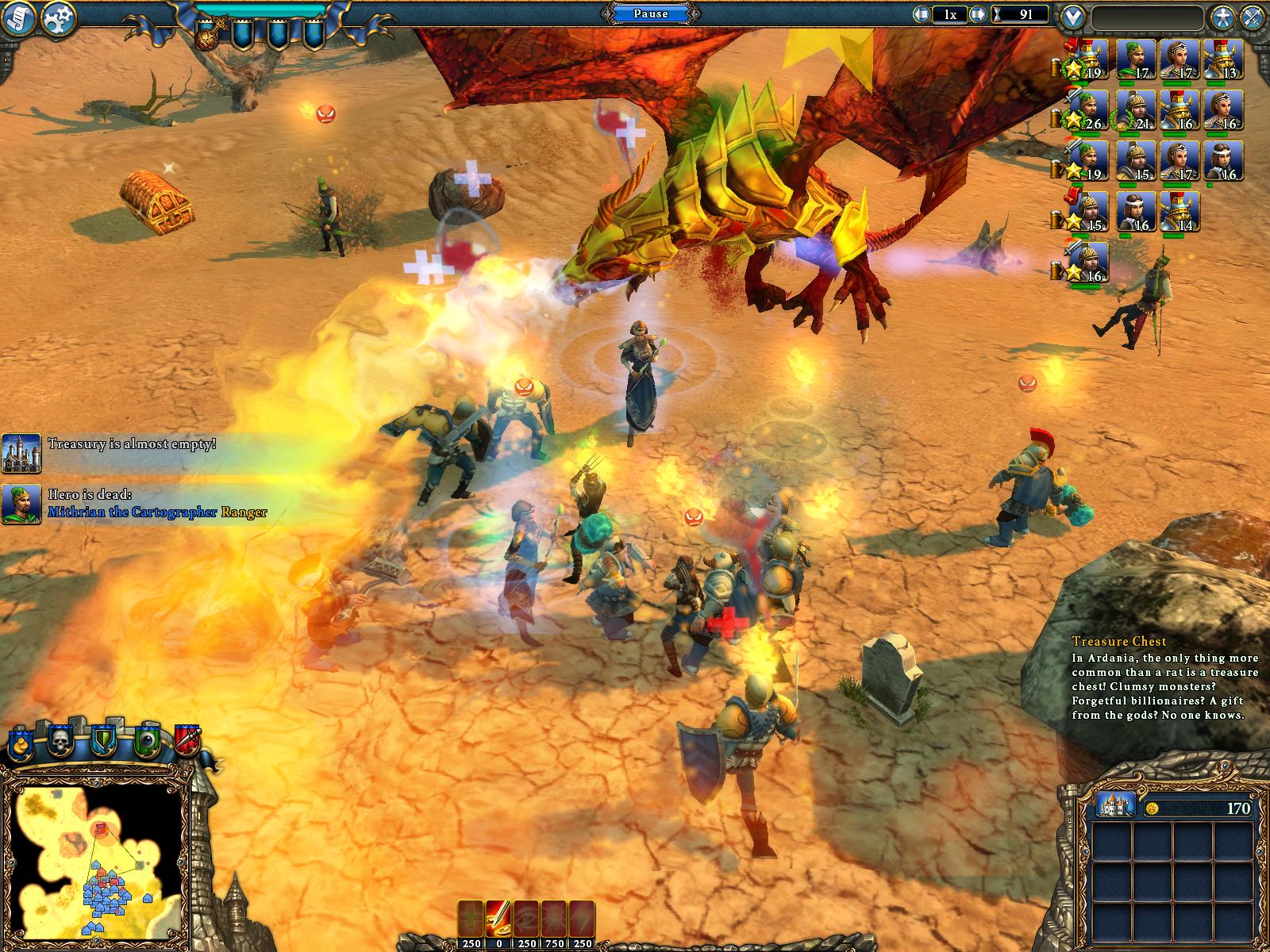 Established over forty years or more, game fantasy settings are always flooded with a few key components: large rats, guilds, dragons, and heroes. Majesty 2: The Fantasy Kingdom Sim shamelessly takes from the likes of Dungeons & Dragons to create a unique and hilarious fantasy simulator. Majesty 2 is a quirky game that doesn't take itself the least bit seriously, mocking its own shortfalls, it still has all the required fantasy elements. As a fameless King, you set off into your inherited lands to gain respect and renown as a fearless leader. Fend off daunting foes, explore unmapped lands, and thwart evil plots. Ok, ok, what’s new?  Instead of honing micro skills, you must tempt heroes from local guilds to come to your aid by means of gold.  Place down one of several guilds and train Rogues, Wizards, Rangers, Clerics, Warriors, or otherwise to aid in the turning of the tide.  Instead of directly commanding your minions to move forth, though, the player (as King) must place ‘flags’ with bounty in the target location.  For example, if His Majesty wishes to explore shrouded territory in search of trade, he must place down an exploration flag, offer a gold coin reward to any who fulfill it, and hope that the Rangers and Rogues take him up on said offer.  The same goes for slaying ogres and dragons – warriors must determine whether it is worth risking life and limb for you, their King, and what better to determine this than cash money. 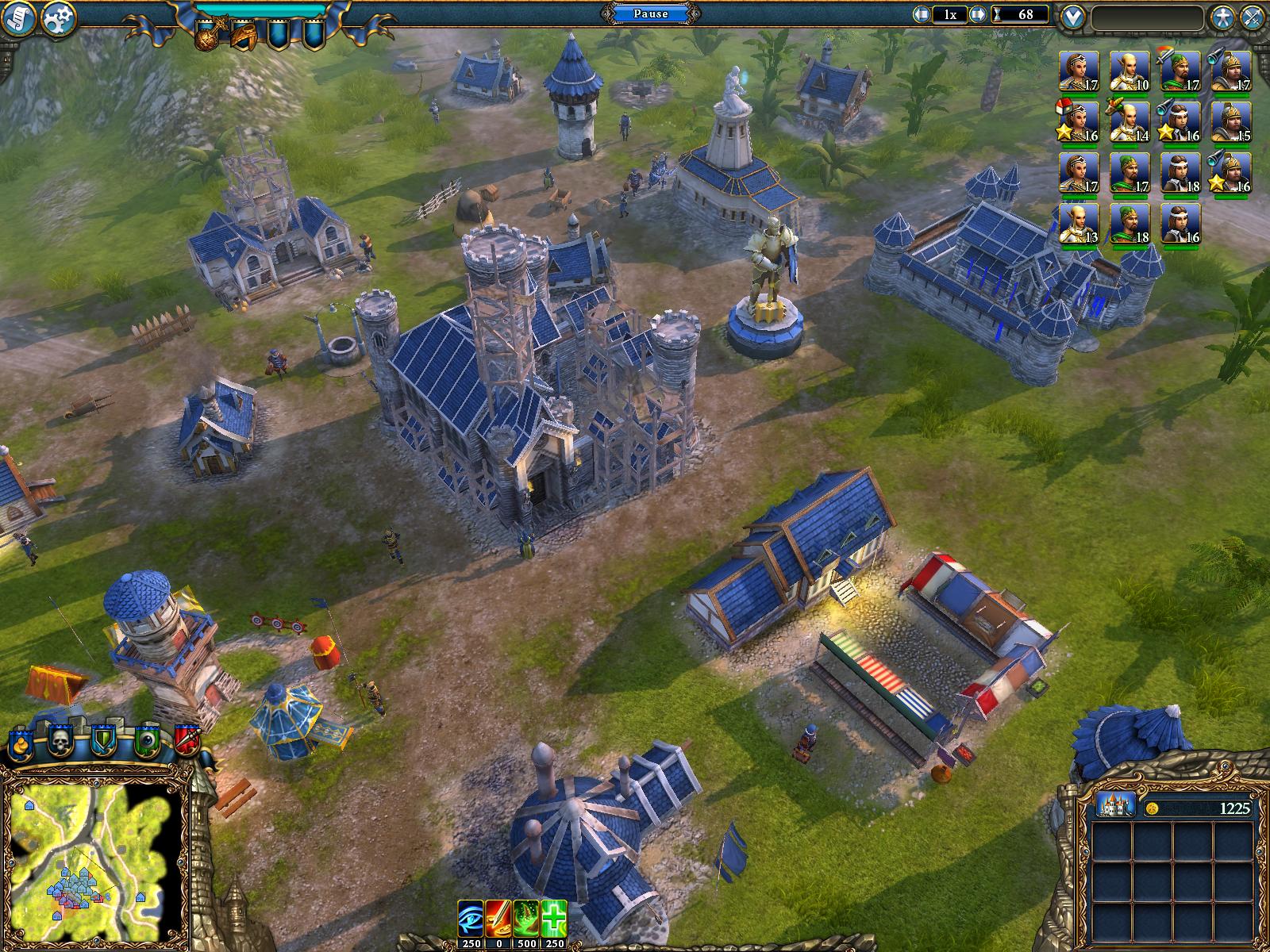 Sprawling Cityscape shadowed only by MY STATUE!

That’s not to say that your heroes don’t love you though, they just… really like money.  A lot. The inhabitants of your town develop personalities based on several factors, some pre-determined, some enhanced with experience. Rogues may be tarnished by a one-time high-coin reward, refusing to work for less in the future. Rangers who accomplish exploration time-after-time will respond evermore eagerly to your plea for unveiling the lands. Warriors respond swiftly to attack and defense flags, trying to shine the brightest under your watchful eye. 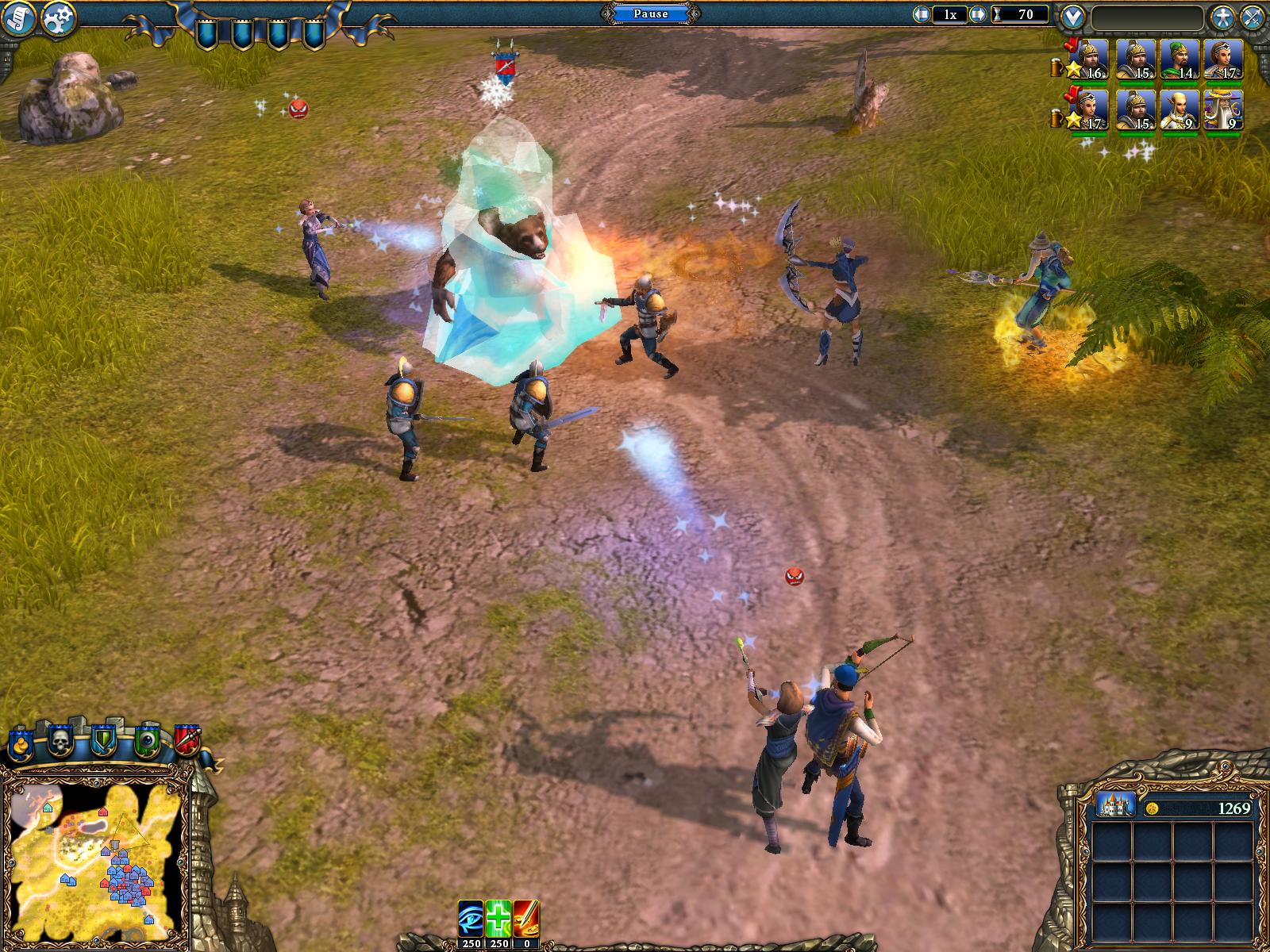 Majesty 2 pulls ahead with force when it comes to economy. The heroes of your city need something to blow all their treasure on, and what better than a marketplace stashed with health potions, rings of protection, elixirs, and armament? The best part?  Your flamboyant tax collectors visit the marketplace, shout “more gold, your majesty,” and get all of that money back into your coffers. The game is based off of a self-sustaining economy – you place rewards, heroes fulfill them and are rewarded, the market sells items to those heroes, that gold recycles, and everyone ends up more powerful. It actually pays to reward your heroes, that way they can fight stronger beings and level up faster, unlocking even better abilities. It’s just cool to see a group of heroes hit the tavern for drinks and go out on the town and upgrade their equipment before heading off to the Lich King’s Lair. 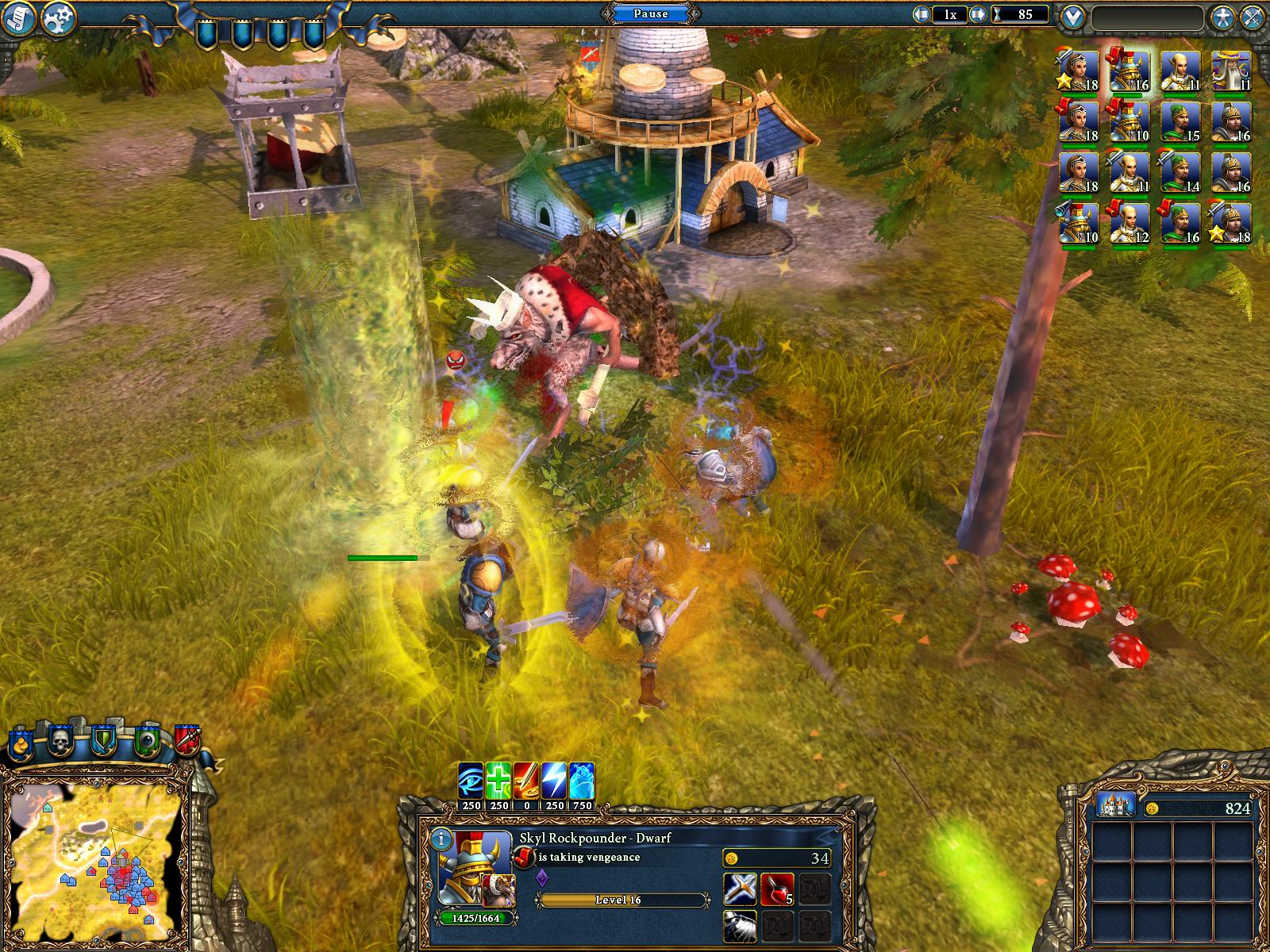 Overdressed rats with weasley voices should be roasted, eaten, and... well, you know.

While Majesty 2 starts out almost too easy, the campaign rapidly progresses and tests the player’s mettle more than anything else. Sometimes it takes time to realize, “hey, that damn dragon will just keep obliterating me until I build back toward the forest… Damn!  Then I run into the elementals, /google.” Things get too hard, too fast. The game is very awkwardly paced, going from easy, to infuriating, to challenging-but-beatable, to just down-right time consuming. Some missions feel like they should have been sooner, considering core elements are unusable until halfway through the campaign (example: upgrading heroes to prestige classes, like Paladin or Beastmaster). Unfortunately, Majesty went from being a fun pass-time to a chore to complete. I urged myself to finish it just for this review, and barely managed without falling into a coma. Don’t get me wrong – the game is good, just don’t dwindle your time away on the campaign. It’s also not $40 good, maybe $30.

Watching heroes trek under your banner, level up, and smite heroes with a humorous attitude and a false epicness is fun to say the least. Hardcore RTS fans and micro-ers best stay away, but Sim fans and fantasy nuts should seize the opportunity to play the anomalous ensemble that is Majesty 2.

The Bad: Beats the dead horse when it comes to humor. Over-the-top Adviser that sounds like Sean Connery. Heroes get aggravating at times, as they ignore defending the town in lust for the highest gold reward (which may be leagues away). Levels get increasingly more time consuming, RTS experts may find themselves at odds with the flag-placement system.

Overall: Majesty 2 brings to the table what other Sims and strategy games have not – a believable fantasy setting with realistic economic principles and a work-for-reward system. Although the humor can, at times, remove the player from the immersion, the game makes fun of itself where it falls short, and for that we have nothing but respect. Heroes cover all the core classes of a fantasy scene, the ability to group them together is even better. Regretfully, the heroes at times experience a lapse of intelligence and sacrifice personal safety for the reward. Even the opportunists that rogues are wouldn’t attempt to slay a level 20 dragon when they are level 1, it’s just not smart. If I had to round it up in a sentence, though, I’d say: Absurdly amusing with comical commentary, a splash of slapstick satire, and merit. Despite its shortcomings, the game is just fun.