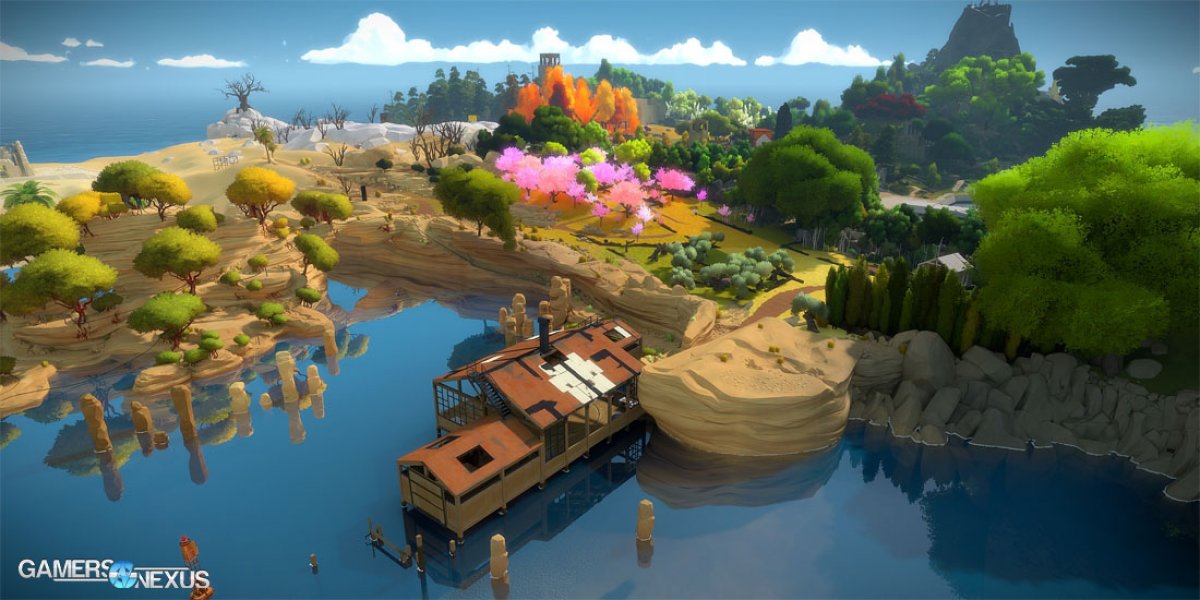 Firstly, and most importantly: The Witness is almost entirely two dimensional line puzzles, right until the end. I wasn’t expecting this (it was no secret – but I hadn’t been following The Witness in the news until recently), and I strongly suspect that the writers of 115 negative Steam reviews weren’t expecting it either. The promotional videos of a colorful and mysterious island filled with puzzles immediately inspire comparisons to Myst, even for me, and I never managed to play more than five minutes of Myst without my laptop crashing. In practice, though, there’s a much stronger similarity to Sudoku. For people who like grid-based logic puzzles – that’s great news! – for everyone else, I sure hope you didn’t preorder the game, especially since there was no incentive offered.

Although the gameplay may be all grid puzzles, there’s still more to the story. Thekla Inc. put a lot of effort into creating a very specific atmosphere, going as far as to omit music in order to eliminate distraction. Hidden snippets of philosophy, beautiful level design, and a rather odd “true ending” offer a glimpse of what Jonathan Blow is getting at, and why it took him eight years to do so. Anyone who’s played Braid will be familiar with Blow’s personality, which admittedly isn’t everyone’s cup of tea (the word “pretentious” pops-up a lot in those negative Braid Steam reviews). A word of warning for those people: you probably won’t like The Witness, either.

With all that out of the way, here’s what’s important: the puzzles are excellent. It would be a spoiler to go into specifics, as the whole game is structured around gracefully introducing and teaching new ideas, and then combining them with increasing complexity. Half the battle is learning how the puzzles even work; most areas of the map are open from the very beginning of the game, locked off only by the player’s inexperience with their mechanics. This openness is the greatest strength of The Witness. Blow revealed in an interview last year that there were around 650 puzzles to solve at that time; according to my save file, I completed only 369 in order to beat the game (and quite a few of those were unnecessary). Almost every puzzle I came across could have been skipped in favor of another one, and there was always the opportunity to just walk to the other side of the island and do something else. 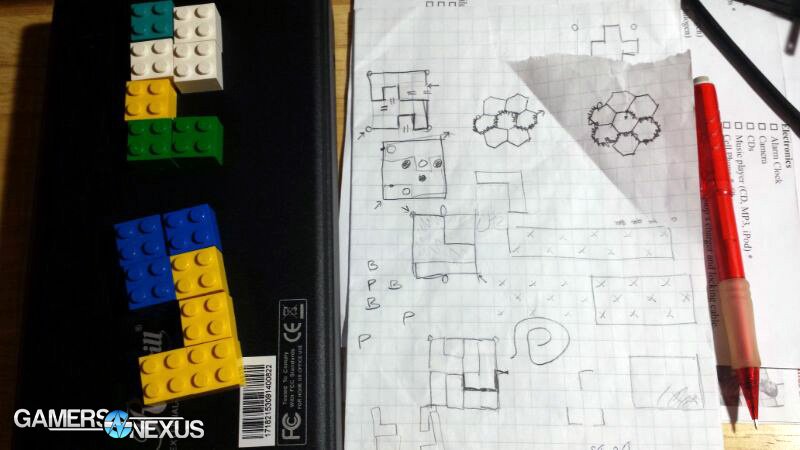 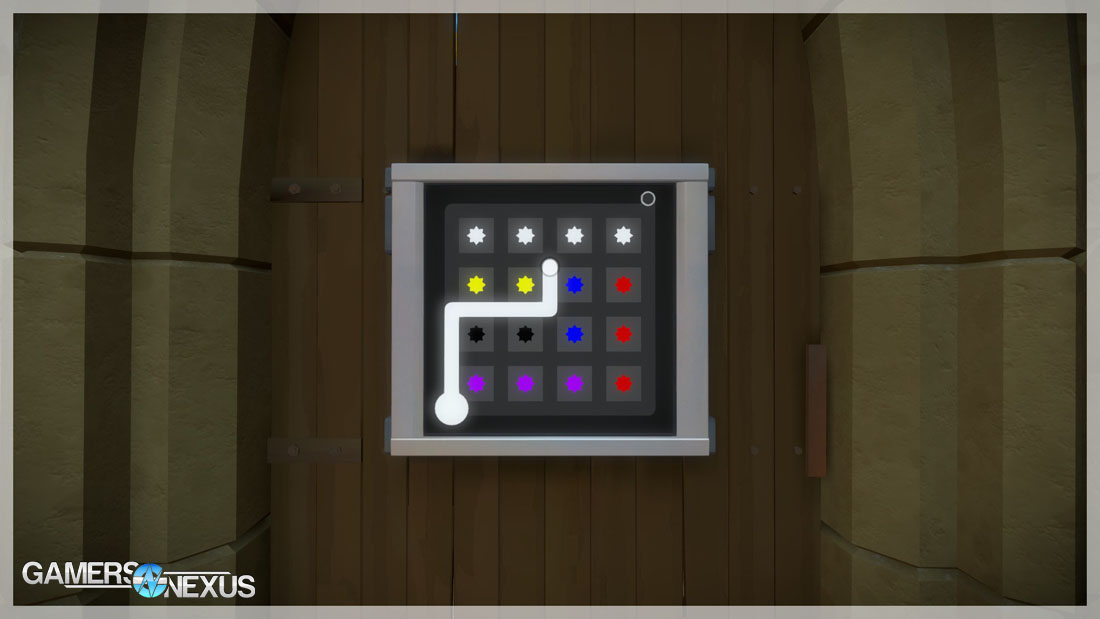 (This next paragraph contains gameplay spoilers)

“Puzzles” involve the player navigating a line or two from a start point to an end point. Often, there will be clues in the environment, hidden in shadows or trees; more often, there will be obstacles placed within the puzzle. For instance, squares of different colors must be separated, but sunbursts must be paired with the same color, but only one pair of sunbursts of each color is allowed per section. Again, part of the game is finding these rules independently—when a puzzle is confusing, the solution is to find some other puzzle that is simpler. That, or spend half an hour working it out with Legos and graph paper, like I did.

It should go without saying, but this isn’t a game that stands up well to cheating. Resist the temptation to watch a Let’s Play video. Jonathan Blow highly values the “aha” moment that comes with discovering the solution to logical problems, and the entire game centers on this concept. Without these moments, the whole game is just a pretty island simulator. 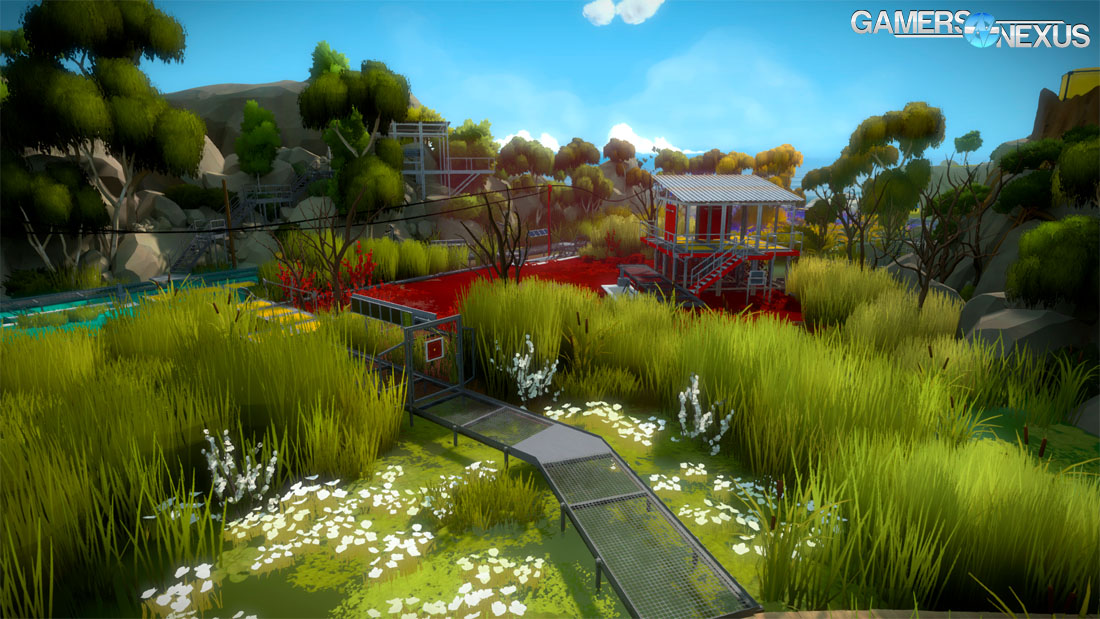 It is an undeniably pretty island, though. Several artists were brought-on to help create the tightly-packed island, which has the blocky, cartoonish look of Team Fortress 2 circa 2007. Blow developed a brand new engine specifically for The Witness, and it seems to have paid off—I managed to play through the entire game with an old A10-4600M APU, and while I certainly don’t recommend it, I was able to see the game working to compensate for my processor. The whole island is loaded as a single zone, and the game itself takes up barely more than 4GB on my hard drive. Visually, it’s a beautiful experience, even at the low-end of the minimum specs.

The Witness is great for anyone who enjoys puzzles, Braid, or Jonathan Blow. If you’re not a fan of those, or if you’ve gotten an hour in and you’re wondering when the puzzle panels are going to end, it’s time to move on. The Witness is available for Windows and PS4, and is coming soon to iOS.