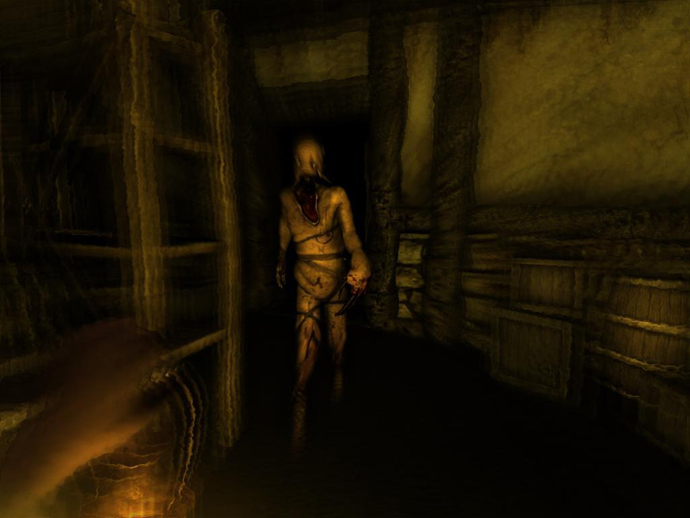 At one point I was being chased by invisible monsters in a flooded cellar - I leaned back in my chair just enough to brush against the armrest, resulting in my jumping five feet in the air. Like anything with elements of Lovecraftian Horror, Amnesia has a way of messing with your head. This is also integrated into gameplay in the form of your sanity meter, which slowly degrades while in the dark and when witnessing horrific events. As your sanity gets lower, the screen blurs and contorts, which immobilizes you and makes you more visible to monsters. You can regain your sanity by completing objectives or staying in the light. Conversely, monsters can see you easily in the light, which forces you to press on and resist the urge to cower in a corner. Luckily, you have tinderboxes and your oil lamp to light the way, although oil and tinderboxes are both in limited supply. 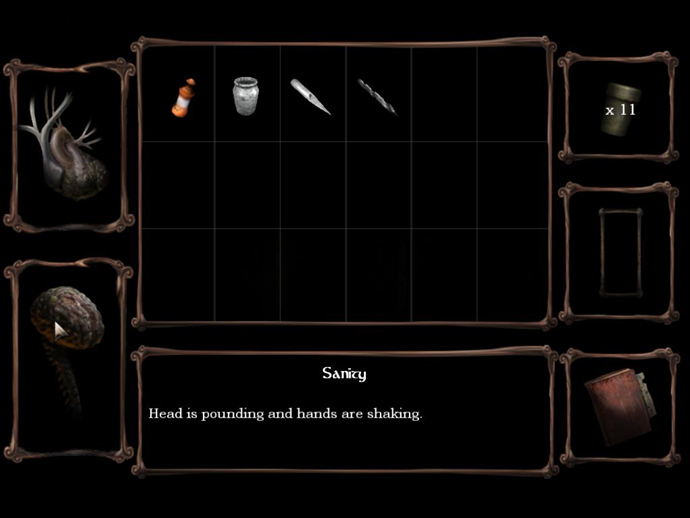 The status screen is one of the best I have ever seen: it combines health, sanity, inventory, how much oil you have left, and a link to the notes page that has all the documents, mementos, and other important word-filled things.

Most of the time you don't have any monsters to deal with, but you never know when some freak-of-nature is behind you, so keep on your toes! If a monster sees you, it will chase you down and kill you easily, but hopefully by then you should have run like hell to a hiding spot.

Path-blocking obstacles are also present, like a large patches of fleshy spider webs, requiring a flask of acid (created by going around and finding chemicals). There are also puzzles blocking progress, and with monsters right behind you, thinking quickly becomes difficult... not that most of the puzzles require much thinking to begin with. The maps in general are easy to navigate, but as with most games, a couple of mind-numbing maps do make an appearance in Amnesia. 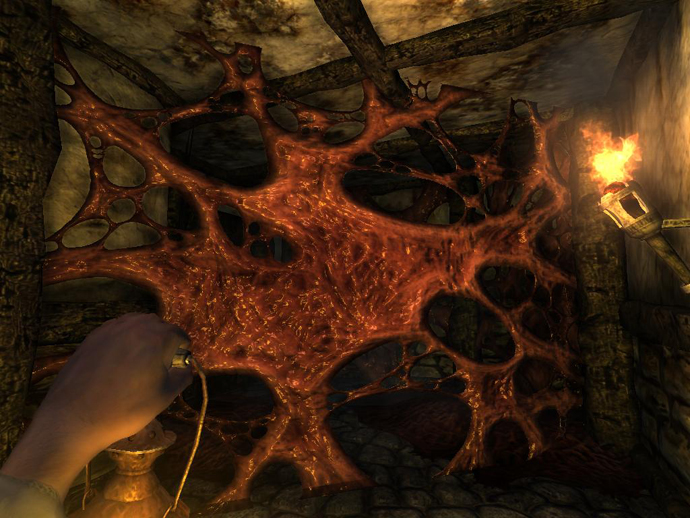 You play as Daniel, a character suffering from self-inflicted amnesia (due to a potion). You wake up in Castle Brennenburg knowing as much as Daniel about what is going on. Frictional Games' implementation of amnesia helps to make you feel like you are the one wandering around the castle, furthering immersion greatly. You find a cryptic note to yourself early on that tells you to kill a man named Alexander, the owner of the castle. Over the course of the game you continue finding pages from your diary explaining what happened before you lost your memory. And for added longevity, Amnesia fully supports modding with a “Custom Story” mode. You can make your own maps, story, and scripted A.I. with custom story mode. For the really technically inclined, integrating custom models and textures is also a possibility. If you only want to make new maps, you can just add the default script file and it will work without a hitch.

Amnesia's immersive atmosphere and unique style of play save it from the lameness of employing a "you forget everything" plot. A combinatory effect of eerie music and creepy sound effects, plus convincing voice acting and great monster design, means Amnesia should have a spot on anyone's shelf (or download list, these days).