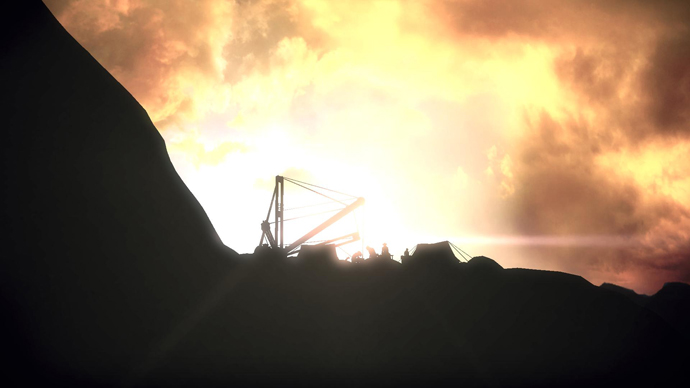 An introductory video establishes the unfortunate protagonist as an unassuming archaeologist, wanting little more than to excavate the environs of an inactive volcano. Within seconds of initiating the campaign, our archaeologist falls deep into unexplored territory; with no immediate way out, we are instructed to explore the ruins until help arrives. A short tutorial and some baby steps later, I stumbled across an oblong, steampunk-esque 'weapon' with striking resemblance to the Portal Gun. The device is capable of attracting and propelling ancient metal balls (stop laughing) toward intended destinations. After acquiring what I see as the game's main character, 'The Ball' itself, I set forth solving puzzles and obliterating undead with the multi-ton object. Just like Portal (and Portal: Prelude), the structure of play is tightly wrapped around solving seemingly simple puzzles by placing objects in trigger-zones, thus activating doors or traps. You can smash roadblocks by pin-balling the sphere into them, splat monkies with a tap of the ball, and absorb the satisfying crunchyness of mummies as their bones unravel underneath a layer of metal, metal, and more metal. 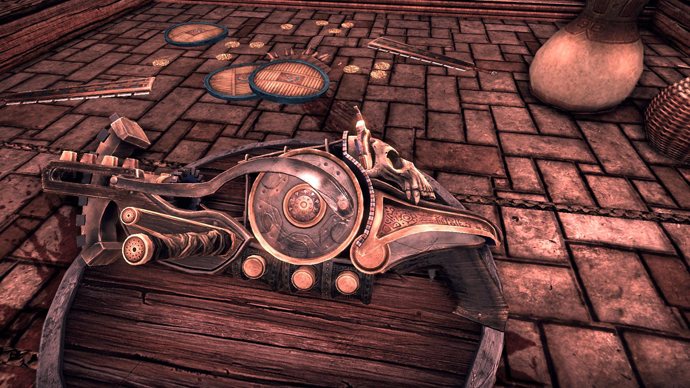 None of the tricks and traps are as complex as other games of the genre, but a somewhat unexpected integration of enemies and bosses adds a needed upgrade to play. Puzzles might normally provide ample time to solve, but The Ball's rapidly become time-sensitive with the ever-present undead. The game starts off easy, randomly offering glimpses of shadowy figures darting around corners, and inevitably transforms from a friendly puzzle-solver into an FPS/Puzzle mash-up. Play itself is deceptively trivial: WASD act as movement, an action key 'fires' the ball in pinball fashion, right-click attracts the ball, and spacebar jumps. The only way to slay opponents is by counter-trapping them in susceptible locations (the bottom of a hill or near destructible environs) or outright squashing them with a solid tap of the ball. Fun as it may be to crush the enemy underfoot, I found combat often grows aggravating and feels unimportant - almost as if it were a desperate attempt to draw out the game's duration (~4-6 hours). The first few fights feel innovative: you don't have a gun, a knife, or even fists; all you have is a ball. Leaving wave upon wave of destroyed zombie/mummy/undead in my wake left a feeling of great loss - I longed to test the speed of my puzzle-solving skills every time the primary objective had been subverted for unenviable combat. 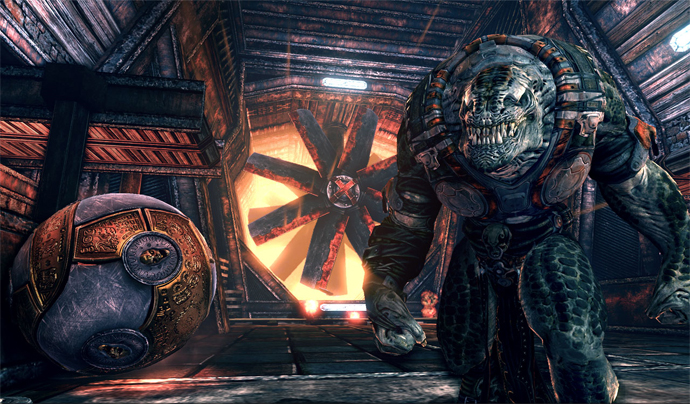 The Ball's eerie sound effects and lingering lighting enforce an unexpected fear. Stress sets-in when positioning the ball onto trigger mechanisms, knowing that a horde of bandaged beasties stumbles forward from around the bend increases tension. Tribal drumbeats reverberate off of the walls of this ancient tomb and instill a sense of urgency. At the same time, a believable atmosphere takes hold with thanks to high-resolution textures and beautiful modeling. Only the interrupting roars of distant monsters broke my entrancement with the environment. Through the course of play, you make your way across abandoned townships, wells of low-gravity, fields of lava, and cities filled with undead. The array of surroundings is an accomplishment within itself, and helps to break the otherwise monotonous caves.

Only repetition and boring combat lessen the shine of this upcoming star; if the entire game could be experienced singularly through puzzle-solving, crisp Aztec mazes, and the accompanying sound effects, it would be far more replayable than presently. A release price of $20 seems a bit steep for such a short title, but is justifiable for the puzzle-solver or FPSer with a splash of the other spectrum.

You can purchase The Ball from Steam, GamersGate, Retail Locations, and Iceberg Interactive's store.

Disclaimer: A copy of The Ball was provided solely for purposes of this review.