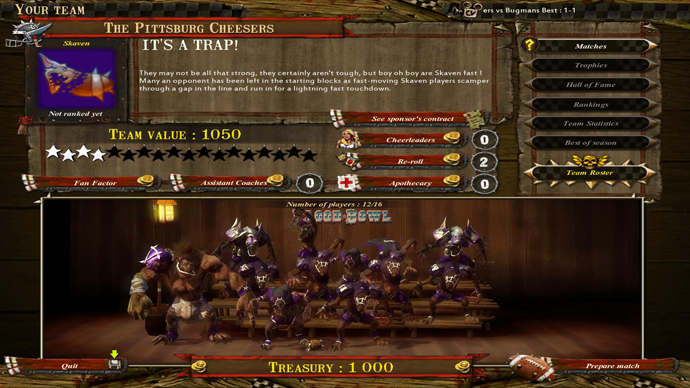 No winners, only survivors.

Blood Bowl proudly takes root in the Warhammer 'verse, initially released over two decades ago. The original board game never took itself seriously, although that would seem required when dealing with real fantasy football. The quintessence of Blood Bowl is American Football: there's a ball, you score touchdowns, and you clobber people to do so. The orcs, elves, and other races easily deviate the game from the likes of Madden, furthered more by its use of NFL Blitz-like gameplay. The quarterback doesn't just get sacked - he gets pulverized - run through by a six-hundred pound ogre, which then proceeds to trample the downed player until he is either benched or forever entombed. Getting tackled is the least of your players' worries when they are constantly abstaining from a future as elvish piñatas; don't let the gory fun detract from the games basic touchdown, though. As one of the game's comical announcers elegantly notes: "Blood Bowl is like war. There are no winners, only survivors." 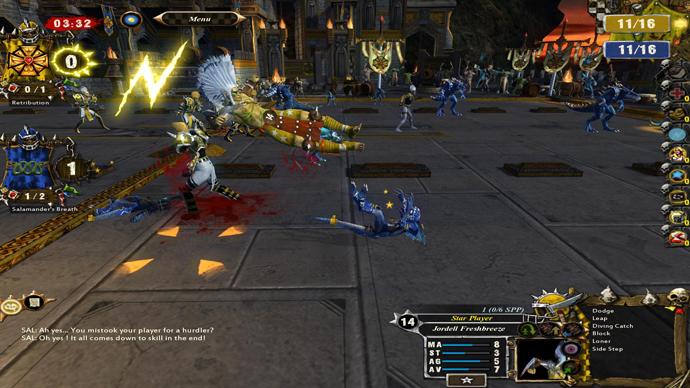 Despite omnipresent blood stains on the pitch, Blood Bowl is a strategic game of back-and-forth ball possession (not to be confused with The Ball possession, awesome in its own right). A real-time mode is present for RTS fans, ensuring fast-paced play and some amount of micromanagement, but the dominant mode of play is turn-based. Each team takes turns positioning their units (linebackers, throwers, catchers, so on), and more often than not, a downed player causes a turnover (that is, if one of your players gets tripped on his way past a halfling, the opposing team now gets to play). The strategy varies with each team, but there are three fundamental play styles: runners, throwers, and brute-force. Teams that have particularly agile participants will find themselves charging the end zone in desperate attempt to score a touchdown, ducking and weaving through enemy linemen. These teams are best represented by the Lizardmen and Wood Elves. Throwers find their groove with gamers who prefer to go all-in; this was my favorite style of play throughout the course of the campaign. It's a big risk to send players out to the far corners of the opposing half, but those risks pay off when nimble catchers receive the ball, then sprint it into the end zone for a touchdown. High Elves have the best throwers at lowest level, often coming with additional passing abilities. We all inevitably feel sluggish and brain-dead at times - and those times are best suited for goblinoid teams. Surrounding the ball-bearer with brutish linebackers and orc fodder in a strong-armed march up the field almost always works (if your positioning is right). There's nothing better than when a prancing elf gets clotheslined by an orc. 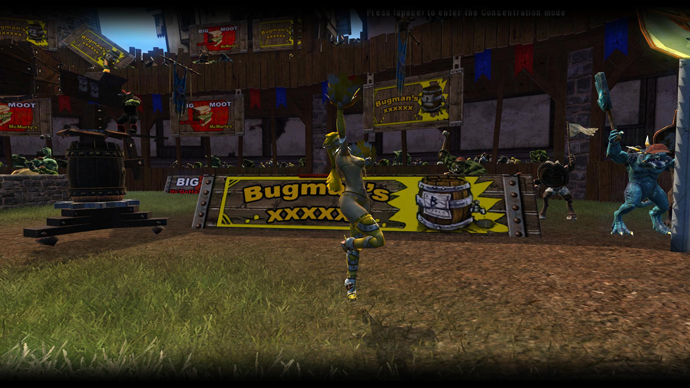 Accompanying the eleven new races, tutorial, campaigns, and Blood Bowl story, are nine total stadia (three are unique to Legendary Edition). Playing in the crypts of the undead, the tundra of the north, and atop the poop-deck are just a few of the environments. There's a lot of content to be had with Blood Bowl - sadly, I feel like most of it will be overlooked by the non-die-hards. 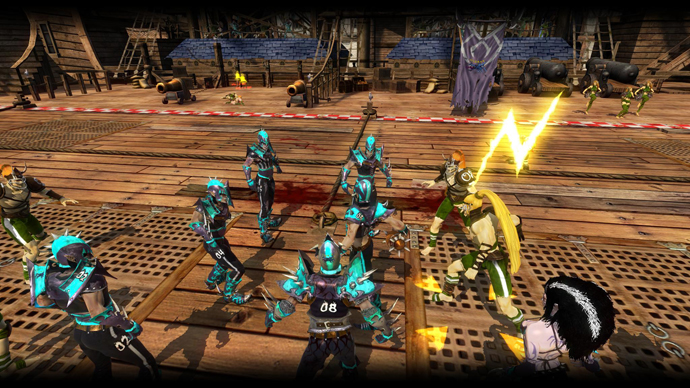 The concept of the game is all well and good, but execution is haphazard. Balance issues come perilously close to rendering some teams unusable in competitive online play; incompetent AI (how often have I said that in a review?) sometimes freezes, even with the ball in its possession; and visual glitches drag an otherwise hilarious game down. My first date with Blood Bowl didn't go well. I alt-f4'd frequently, trying to comprehend why some things had changed between the board game and the PC version. After giving up on the halflings, I decided to try once more with another race - High Elves. They fit my style brilliantly, and soon the AI was no match for my catcher-to-thrower positioning. Some of it was balance, some of it was how I wanted to play the game. You have to be prepared to get mad at Blood Bowl. This is a strange concept for most gamers, but bear with me here... you know how people yell at the TV when football makes an appearance? That translates to its fantasy variant. It'll enrage you, but as soon as you find your niche team, the game flows brilliantly.

Witty voice-overs are infused with cartoonish themes to achieve a fun-loving atmosphere. Overzealous has-beens serve as our guides from tutorial to playoffs, acting as an anchor to humor; their ubiquitous chatter has a way of easing the tension when the going gets tough. At $40 for Blood Bowl, only die-hards of Warhammer and window-shoppers of the genre should be emptying wallets. Multiplayer extends life dramatically, and the helpful online community expands that, but the necessity of a balanced game cannot be overstated.

Disclosure: A copy of Blood Bowl: Legendary Edition was sent to us for review. This copy did not effect the reviewer's opinions or article in any form.