The story starts you as "Yuki," the stepsister of the game's title character, who was presumed dead after the events at the end of The Dishwasher: Dead Samurai (the first game in the series). You've woken up on a prison space ship -- seemingly resurrected by an entity known only as "The Creeper" -- and you can only think of one thing to do: escape. It doesn't matter how many people you have to cut, smash, and bite your way through -- you're getting off of this damn ship if it's the last thing you do. Once you're off the ship, the game gives you the option to continue the story as Yuki or to swap to the character from the first game, The Dishwasher, known as a silent killer who was murdered at the beginning of The Dishwasher: Dead Samurai only to be brought back to life with special powers of kick-assery. Regardless of whom you choose, you can be sure of some pretty brutal combat. 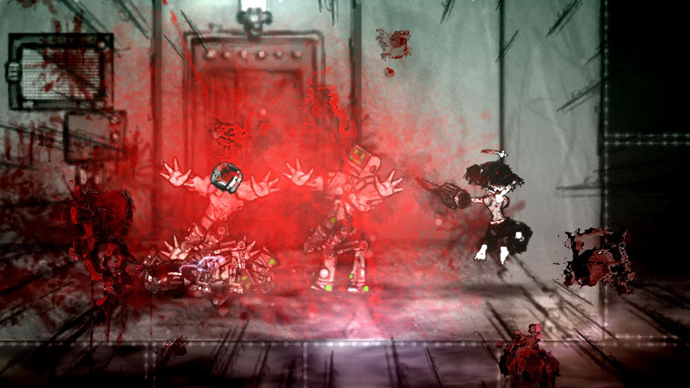 Most of the story is very simplistic and based around the main concept of revenge: the big dogs have done something that you're not very happy with, and instead of having a nice sit-down chat with them – like any normal, upstanding human being would do – you take it upon yourself to hunt every single one of them down and attempt to pull their intestines out through their nostrils; you know, like all of the media think most gamers are planning to do anyway. It's a very linear story: kill each of the bosses in order, once one is dead you move on to the next until the end of the game. That's not a bad thing; if you're playing The Dishwasher: Vampire Smile at all then you're really only interested in the bloodshed anyway, the story's definitely there but it's not the main focus of the game. 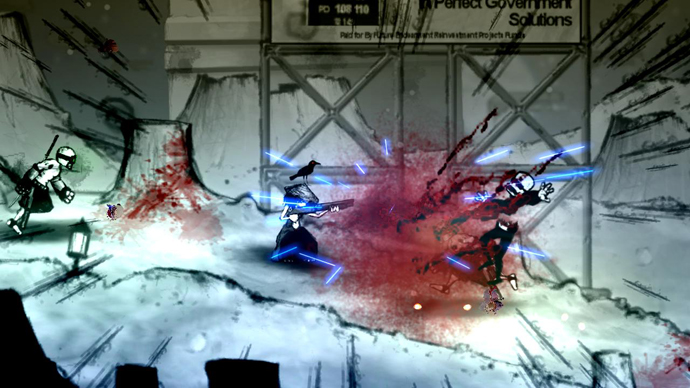 The Dishwasher: Vampire Smile is based around 4 buttons – Attack, Grab, Special, and Jump, just like those classic games we all grew up playing. Players aren't expected to learn a plethora of buttons in order to get started dismembering the almost endlessly oncoming bad guys. Most people won't be happy just knowing that they're going to be pressing the same buttons over and over again, so for those people, Ska Studios has added a combo list. The same feature would feel right at home in a third-person hack-and-slash game or a fighting game, so seeing it in a game developed by such a small team and available for such a small price is something a little bit special. It gives people that don't often play this style of game the ability to jump straight in and start having fun, progressing through the story at a decent pace, while still giving the hardcore users something to strive towards, allowing them to master each of the moves in order to become the most bad-ass dishwasher in the 'verse. 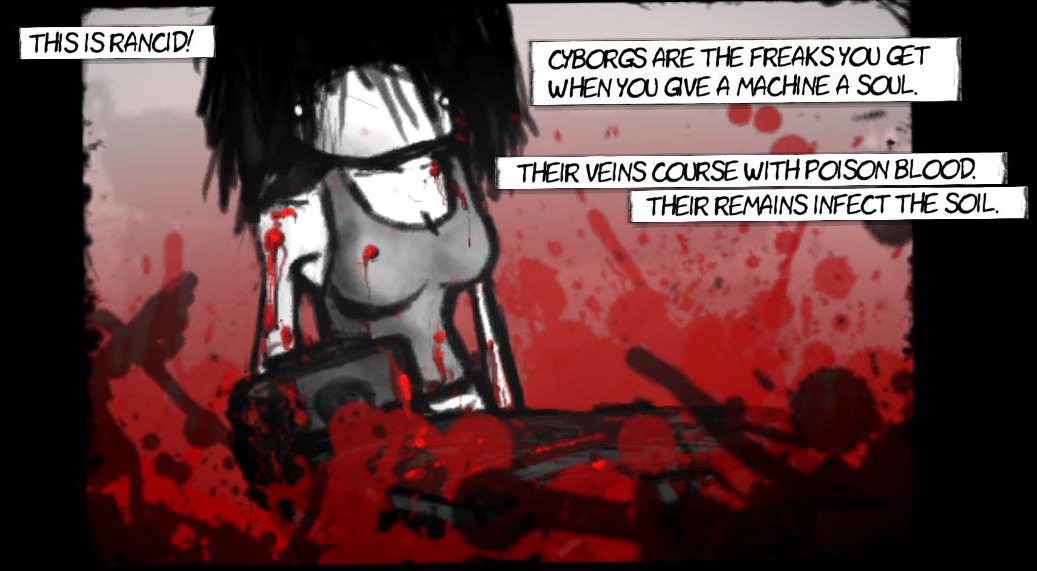 When most people turn on The Dishwasher: Vampire Smile, if they're not prepared for what they're going to see, they might think that the art style is mediocre or strange. I admit it: I thought so at first, too. After five minutes of playing it, however, you'll soon realise that the art style fits in perfectly with the game itself. Every time Yuki slips between reality and her dream world and back again, you'll realise why the art style is the way it is. You're never quite sure which is reality and the art style reflects that detachment with the real world. It helps the player connect with the characters and the world, in a way that's not done very much in games at all. Through the art, not the story.

If, after ten minutes with this game, you're not in love with the art, give it ten more minutes and tell me what you think then. I'm sure you'll have changed your mind. Now, if only I could buy some original art from The Dishwasher: Vampire Smile for my office wall...

If, when you're browsing the Xbox LIVE Marketplace, you're looking for a game that's a nice mix between a decent arcade hack & slash and a mild stress reliever then The Dishwasher: Vampire Smile is certainly the game you're looking for. The art style is messy but in a way that makes sense. The visuals helps keep the blood and gore levels down to a minimum because every drop of blood just looks like a little bit more red on the screen. Kneeling on an enemies shoulders while ripping their head off with your bare hands is just another piece of cartoon violence. Harmless, fun, and made entirely of win.

The Dishwasher: Vampire Smile needs to be in every hack & slash gamer's repertoire. If it's not already, what are you waiting for?