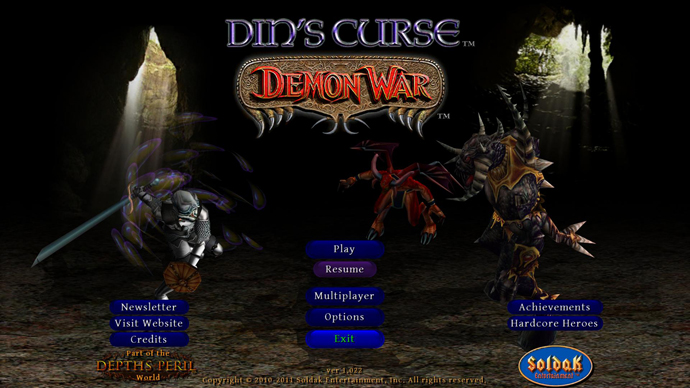 Din, the evil bastard that enlisted us in His Holy Service in Din's Curse, has returned in full force -- and this time, with a new class! This review assumes that you've read our review of (or played) the first game, as Demon War is the expansion to Din's Curse.

The game seems to continue its amalgamation of ideas from EverQuest, Dungeons & Dragons, Firefly (mostly for comedy or names), and other classic RPGs - like Diablo; it's not bad to borrow -- at least, as long as it is done sparingly -- and Demon War manages to merge the best elements of all its inspirational sources into one awesome dungeon crawler (much like Torchlight). 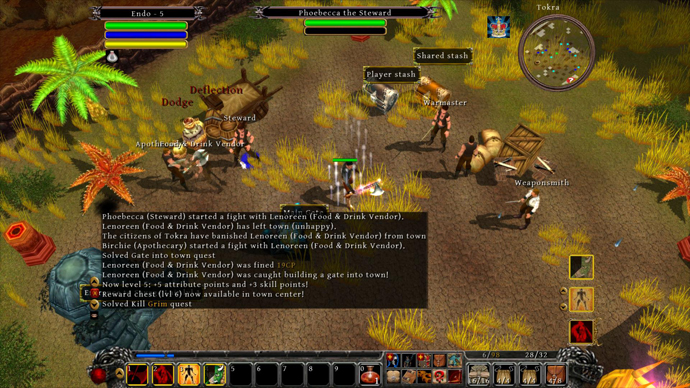 The expansion pack for Din's Curse, which is currently only $10 when purchased directly from Soldak, is completely compatible with Windows and Mac operating systems, and we've had luck installing it via WINE on Ubuntu as well. Besides, it'd make a fantastic game to play on a gaming-lite machine, like our $458 PC build or gaming laptops. 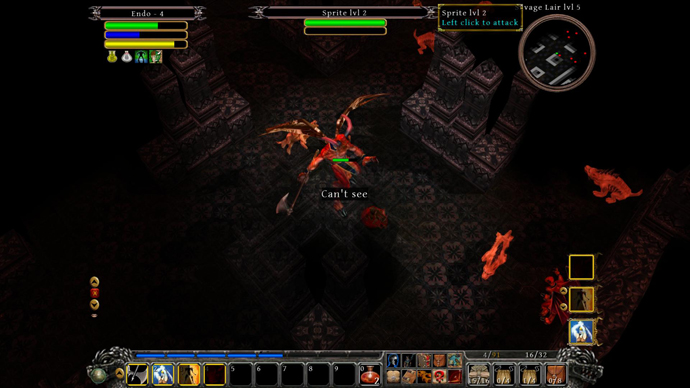 Demon War focuses on an exploding population of otherworldly, evil demigods and monstrous demonoids -- tricksters, devils, and their minions in particular; in your excursion to the depths of the world, Soldak has equipped you with a new, powerful class: the Demon Hunter (rounding the game's classes out to a mere 196 combinations). The Demon Hunter, as with all the other classes, has three sub-classes -- a "demonologist," "warden," and (surprise, surprise - Firefly fans) the "reaver." The reaver exemplifies barbarism, primarily specializing in big damage with big weapons and big armor (they like big things) -- this path meshes particularly well with the warden, who focuses on paladinly duties (debuffs, wards, and damage shields). Finally, the demonologist gives a slew of awe-inspiring abilities for your character, many of which have the most suitable graphics in the game -- by taking certain demonologist skills, you can now morph into living fire, a powerful demon, or practice other dark arts. 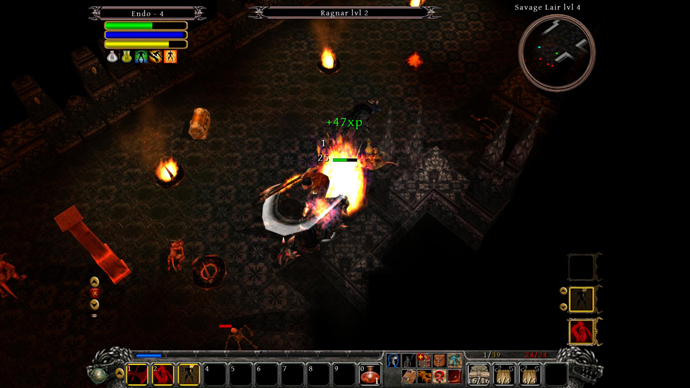 The Demon Hunter isn't the only major addition to the game, however. Soldak has added new side-quests, species (according to their site, 3 species, 8 sub-types, and 40 variants), environments, and game modifiers. For instance, you can now elect to fight a 100-wave long invasion on the town prior to questing, and despite being somewhat grindy, it has a tendency to make you feel like an actual hero. 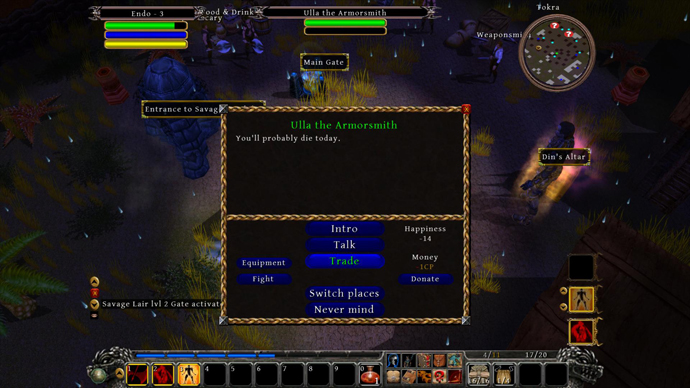 Despite all of the major changes, the game still follows the tried-and-true path of its core component: explore dungeons, kill monsters. Demon War seems to have added a load of new options to increase game difficulty, but beyond that, the replayability is entirely emitted by the shear number of class combinations present. To get the most out of Din's Curse: Demon War post-victory, you have to be the kind of player that really enjoys experimenting, min-maxing, and tampering with outrageous combos in effort to produce the most powerful character known to man. I love doing that. If you, like me, take great pride in maxing out your characters to be the most powerful they can be, the game will last you for many hours. Players who can only tolerate so much of a dungeon crawler need not fret, however, as I'd estimate you have a good five hours of gameplay before tiring of the core components. After the initial hours, as stated previously, all the fun is found in feeling powerful -- and Demon War does a great job at giving you that feeling. 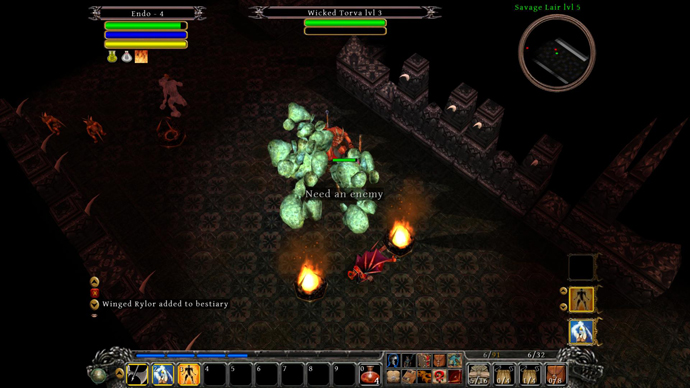 As in the original game, Demon War's classes do not follow a particular "skill tree," rather, you simply save up points from leveling and spend them on skills as you desire. If you wanted to, you could avoid purchasing any skills for the first few levels and opt to buy the most powerful one possible instead (granted, this will make progression slower to begin with). That's what makes the game great, though: customization options for the player.

Things do tend to slow down once you've worked-up your favorite character: there isn't a wide enough array of ultra-powerful monsters for the late-game, and quests can become burdensome if you accept too many at once (which is often suggested, as ignoring them can damage the town or its inhabitants). Din's Curse randomizes more than just dungeons, though - so you should be able to generate a few towns if things go poorly for the first one (different vendors are available in each, as well as different environs and dungeons/cave complexes). Still, despite all the dynanicism, townsfolk can become obnoxious and overly-needy, occasionally to the point where you must abandon a dungeon to go feed someone, destroy portals, or other diverting tasks. I had a few quests that seemed to result in core NPCs disappearing at random (making it impossible to finish their quests), and had one major crash - bugs aside, though, and the game is amazing.