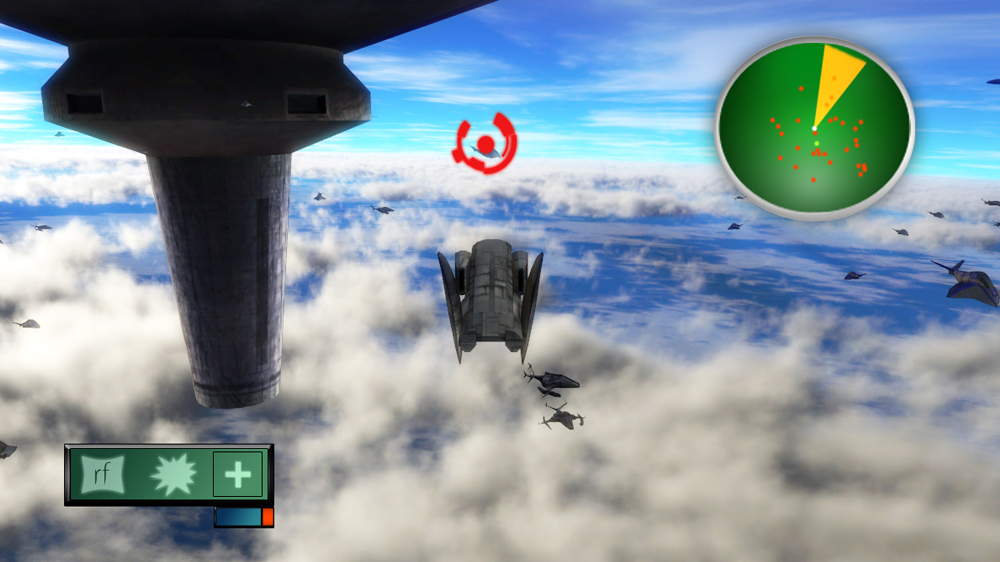 It has been a very long time since I played a game that I absolutely regretted touching (Pam Anderson’s V.I.P, I’m still ashamed of this), and while Honor in Vengeance II, developed by Michael Arts, isn't shameful to play (as Faery: Legends of Avalon might be), neither is it something to be considered 'constructive.'

You play as Leo Lucas, an alliterative Martian fighter pilot whose brother has gone missing on a mission to Earth. Earth and Mars seem to have been on the verge of war for years and, predictably, you are sent to Earth to check on a reconnaissance team that has not yet reported back to base; immediately upon departure, you find yourself surrounded by hundreds of enemies in the very first level (of three -- yes, there are only 3 levels in the game). After floating through space annihilating nearly a hundred star fighters with Pippy and Falco your two wayward allies, you hear the sound of your brother’s distress beacon coming from - you guessed it - Earth. Against the captain’s orders, Leo goes to Earth to find his brother. 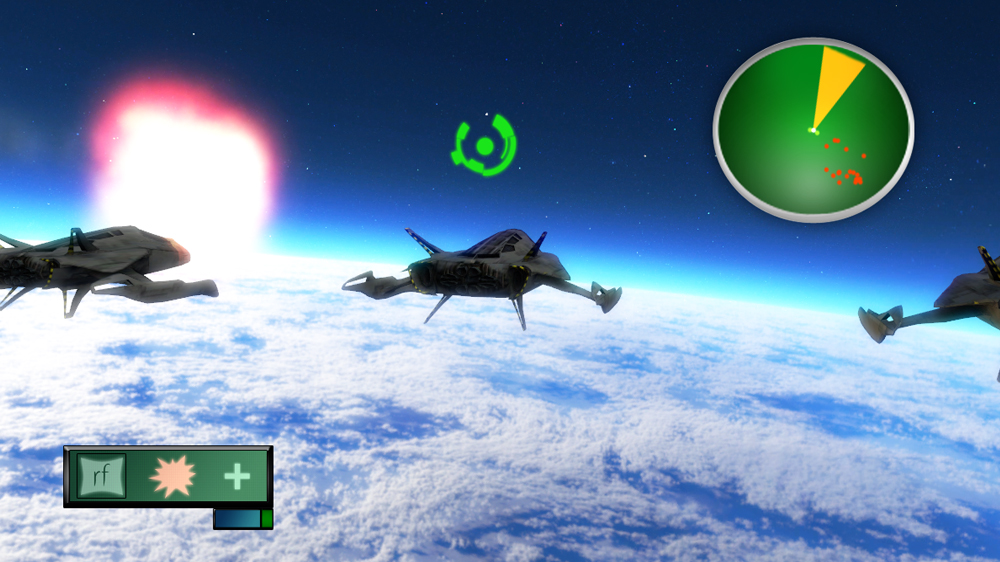 Now, the graphics are OK; they are not great, but for an indie game (priced at 80MSP, no less) I would say they are very acceptable. This aside, however, the rest of the game falls completely flat. The aiming mechanic is odd in that the reticle sits a good 3 inches above your ship from a third person view, but the bullets you fire still shoot from the underside of the ship, so lining up shots tends to be a burden unless you manage to get the reticle lined up perfectly on the opponents you are facing. There are three bonus abilities (rapid fire, missiles, and a health boost that I never had to use), only one is necessary to beat the first level, and only because it tells you to.

The AI in the game is laughable at best. I played through on hardcore after playing on normal just to see the difference, which if there was one it was not noticeable. The three ships you have to choose from (one is heavy and slow, but strong; one is light and fast but weak; and the final one is a balanced approach) also do not have any perceivable differences between them. As for the soundtrack, it felt as if someone was taking two pieces of broken glass and rubbing them together, and the voice acting -- which is rare and refreshing in an indie game -- could have been left out altogether. I would have preferred reading the dialog and backstory as opposed to dealing with over-auto-tuned voice-overs devoid of any emotion. The ultimate slap in the face, though, was the sheer lack of any real content in the game. It was three levels, and easily playable within an hour; sure, it's 80MSP, but more game could have counter-balanced some of the fundamentally flawed mechanical issues.

I normally would say “for the price, it is worth it” (this very same issue came up when talking about Mechanic Infantry last week), but I would be doing you an injustice if I did. Unless you have played the first one and want the story, avoid this game for now; you would have more fun sticking forks in a toaster and betting against your survival. While the series is improving as a whole, Michael Arts has a ways to go before it can hammer out the kinks in its games to a point of joyous playability; the lead developer and designer is on a great path, though, and it is worth mentioning that for a college student (and not even 20 years old, at that), the game is a great starting point for his company. As gamers, though, we really can't justify the purchase -- it's a good resume piece to demonstrate programming ability, but maybe not much else. Give it a few years, he may turn this series into something formidable yet.

If you want a really solid and affordable Xbox 360 game to play, we'd point you toward either Zombie Driver or Alien Breed.