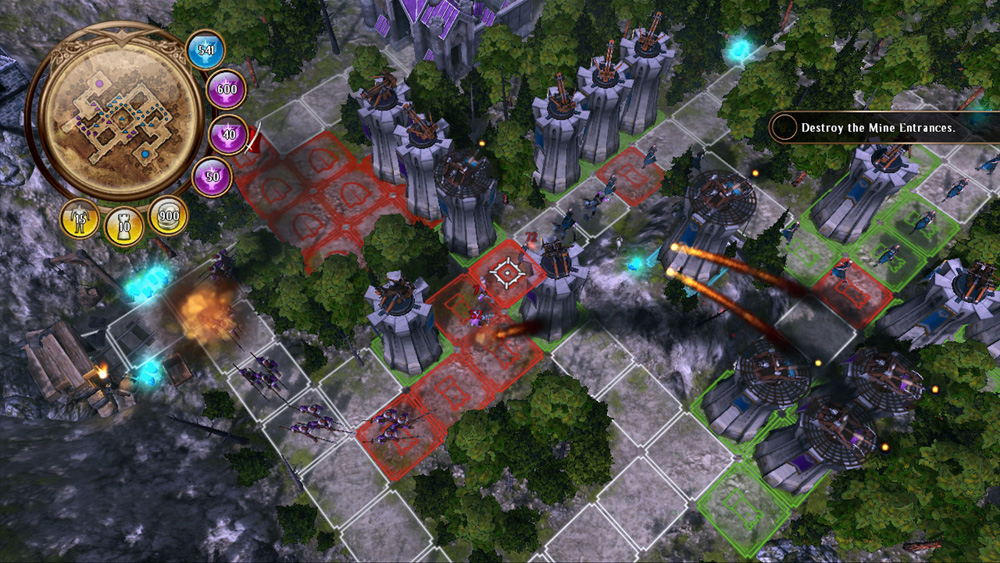 After looking at the gorgeous main menu screen, you may want to defend Ardania more than you do your own country.

We've all played a tower defence game at some time or another, they're pretty much everywhere these days, you almost can't turn a corner within the video game world without seeing another one coming out. Just turn on the iOS App Store, or Steam, and you'll see a couple of them just in the top sellers list (like Galactic Alliance). I'm not saying that's a bad thing, not by a long shot, but it's about time that someone put out a decent tower defence game instead of just redoing the same concepts over and over again. Perhaps that's where Most Wanted Entertainment come in?

Defenders of Ardania is a standalone sequel to the popular real-time strategy game Majesty 2: The Fantasy Kingdom Sim, but this time around, the company has gone in a different direction: moving away from the intricacies of the RTS game and leaning towards the more simplistic realm of the tower defence game. Just because it's "more simplistic" doesn't mean it's any easier, though. There are still RTS elements in there, they're just easier to get your head around.

When the story starts, you've got a kingdom that's being attacked and, as the lord of that kingdom, it's your duty to protect it; or at least send people towards the enemy for them to protect it for you. You're a lord at the end of the day, what's the point in hiring all these people if they're not going to do your dirty work for you?

As with most games within the tower defence genre, there's not much of a story to grasp onto with Defenders of Ardania: Stop the invading forces from getting into, and destroying, your castle, whilst simultaneously trying to obliterate the enemy's castle. Pretty simple stuff, really. The developers certainly attempted to tack on a story in order to keep the players invested in the game's world, it's just not a particularly deep or well-told one. It's just about adequate. The voice acting isn't all that good either; it serves its purpose in the sense that it tells the player the story and keeps them informed about what's going on in the world around them, but it does nothing more than serve its purpose. Nothing to write home about in regards to any aspect of the storytelling. 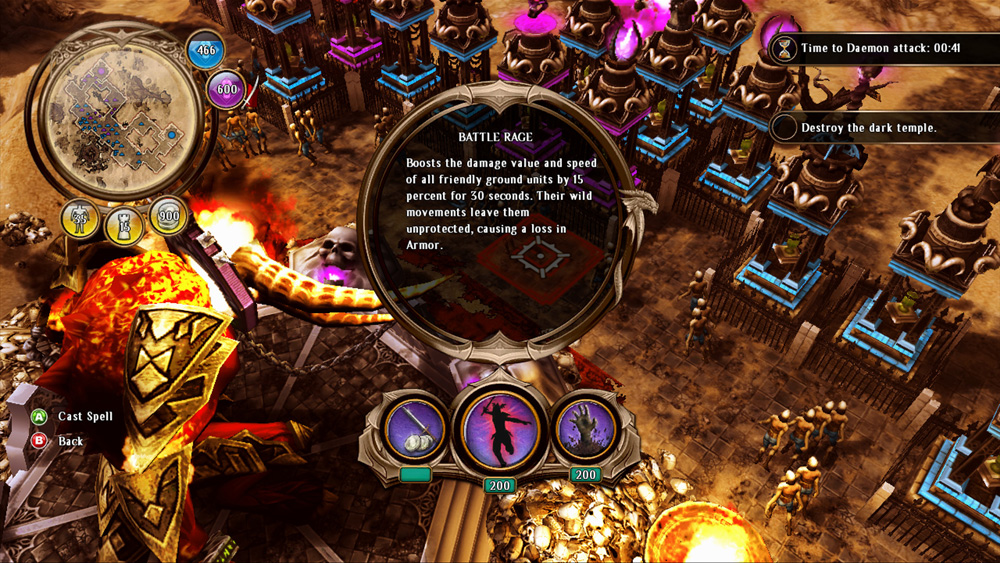 If you've played a tower defence game before, and let's face it, most of us will have played at least one of them by now, then you know exactly what you're getting yourself in for with Defenders of Ardania. The main point of each match is to defend your castle, which you will do by placing towers along the path that your enemies will follow in order to take them out before they reach your beloved home. Unlike a lot of the best tower defence games (and maps, from SC1/SC2), the path that those enemies will travel is already laid out for them and there's little that you can do to alter it. You've just got to make do with the space that you've got. Place your towers in the most strategic place possible, upgrade them, repair them and home that there are enough of them to keep out those invading forces. If they aren't, well, you're out of luck. 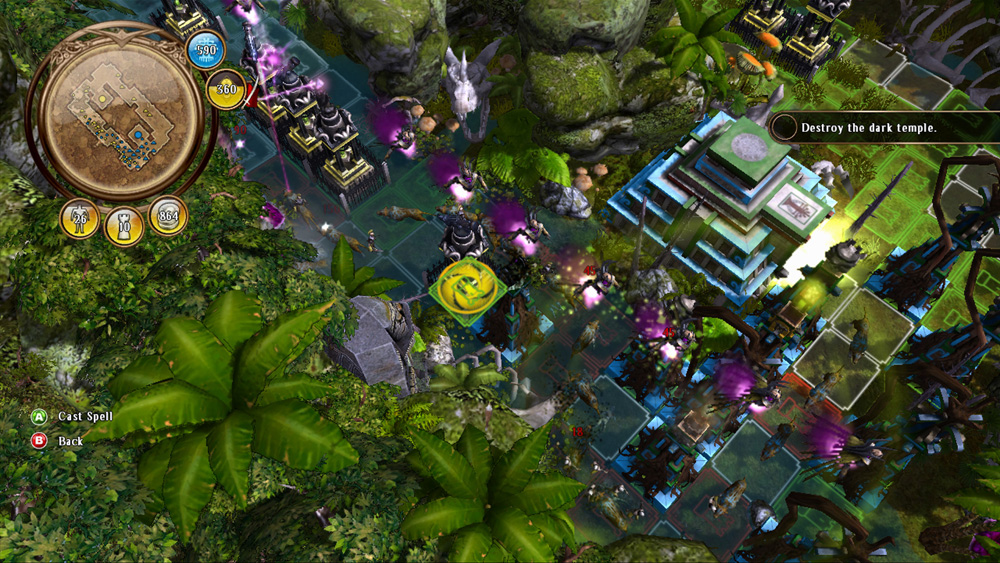 Where Defenders of Ardania really takes things in a slightly different direction, is with the fact that not only do you have to defend your own castle, but you also have to attack the enemy's castle. Once you're sure that your castle is safe, with the towers that you have placed down, you'll probably feel comfortable enough to send out your own troops to take down the opposing castle. Be careful though, the enemy will have placed towers too so you're going to have to be strategic about things. Unfortunately, the enemy soldiers and your own don't attack each other beyond a drive-by axe to the skull, so they just sort of run straight past each other. Simply having soldiers on the battlefield doesn't mean you can neglect your towers; it's your job to keep all of your assets of war in top condition and ready to defend! The match will end when one of the castles has fallen, hopefully the enemy's, then it's time to rinse and repeat and do things all over again with the next match.

There's no doubt that Defenders of Ardania is a gorgeous game, there are things that you'll notice in the graphics engine that are usually reserved for the more AAA titles of the gaming world. From the moment you start the game, and see the main menu screen, there will be little doubt in anyone's mind that you're in for a visual treat. The visuals can get a little bit repetitive at times, but that's the nature of the genre, there's only so many times you can see the same unit attacking your castle before you get a little bit bored of seeing the same thing over and over again; no matter how beautifully rendered it may be.

Everything about the game screams top quality, if you're a fan of playing tower defence games on the PC or Xbox, or just with a controller in general, then there's no reason not to buy this game on either platform -- the control scheme is great all around. Just take a look at some of the screenshots and I'm sure you'll be able to see where I'm coming from. The visuals will ensure that you'll soon believe that you're in Ardania and love every minute of it. That's not what you're here for, though - you're here to defend Ardania, so get to work!

You can check out more of the game here: http://www.paradoxplaza.com/games/defenders-of-ardania-pc