StarCraft II, like its predecessor, has been a part of the competitive e-sports scene since its release.

Nearly three years into its tenure, we saw the release of StarCraft II's first major expansion: Heart of the Swarm. Coinciding with this, many of the original pro teams that played StarCraft: Brood War (BW) have switched over to SC2, not having played the game prior in favor of BW. These teams are generally referred to as the KeSPA teams (Korean e-Sports Association), as they all belong to that organization. KeSPA has been around for more than a decade -- making it one of the longest-standing e-sports organizations.

When Starcraft II first came out, various teams were created in Korea and have since gained notoriety on their own; these teams haven't joined KeSPA and have since formed eSF (e-Sports Federation) as their own e-sports association.

Given the recent influx of SC2 e-sports viewers and the conversion of KeSPA teams from BW, we're here to explore the KeSPA team rosters, noteworthy players, and look briefly at their history -- effectively, we want to help you get to know KeSPA. With the KeSPA team league (Pro League) in full stride and OGN covering the next seasons of WCS Korea, now's a good time to get to know the eight teams that make up KeSPA.

As the sequel to one of our most beloved mid-range racing games draws near, Codemasters called a discussion roundtable with press to answer final questions about Grid 2. We first played Grid 2 at PAX East and later published an in-depth look at the game's multiplayer, but until now, it's still been in development. With the game shipping in less than two weeks (May 28), the devs were prepared to answer some of our burning gameplay questions.

We covered a variety of topics for this pre-launch Grid 2 discussion, including vehicle customization, car tuning and tweaking, locations, RaceNet integration, and the revamped direction of the Grid franchise.

As a veteran of nearly every major racing game on the market -- to include the entire Need for Speed series, Gran Turismo games, Grid, DiRT, Driver, and more -- I was eager to hear how the overall feel of Grid 2 would be represented. Let's start with Grid's objectives.

Twitch shooters have been a long-time staple in the somewhat volatile PC gaming market. Since its early days in the Quake and Unreal series, the clutch genre rooted itself with its fast-paced, drop-in/drop-out, competitive and entirely skill-based gameplay; without weapon balance to fall back on, games like Shootmania force players to be committed to their plan-of-attack and quick on the keys. It all comes down to the ability to dodge and return volleys quickly, often becoming a battle of reflexes before high-level strategy ever enters the field.

Shootmania continues the twitch shooter legacy, but uses a few interesting twists to further encourage skill-based play and strategy that's appealing to both the competitive and casual gamers. As I explain in my Shootmania: Storm video review and gameplay analysis, the game's focus on player dexterity by entirely eliminating weapon choice is what really sets it apart. 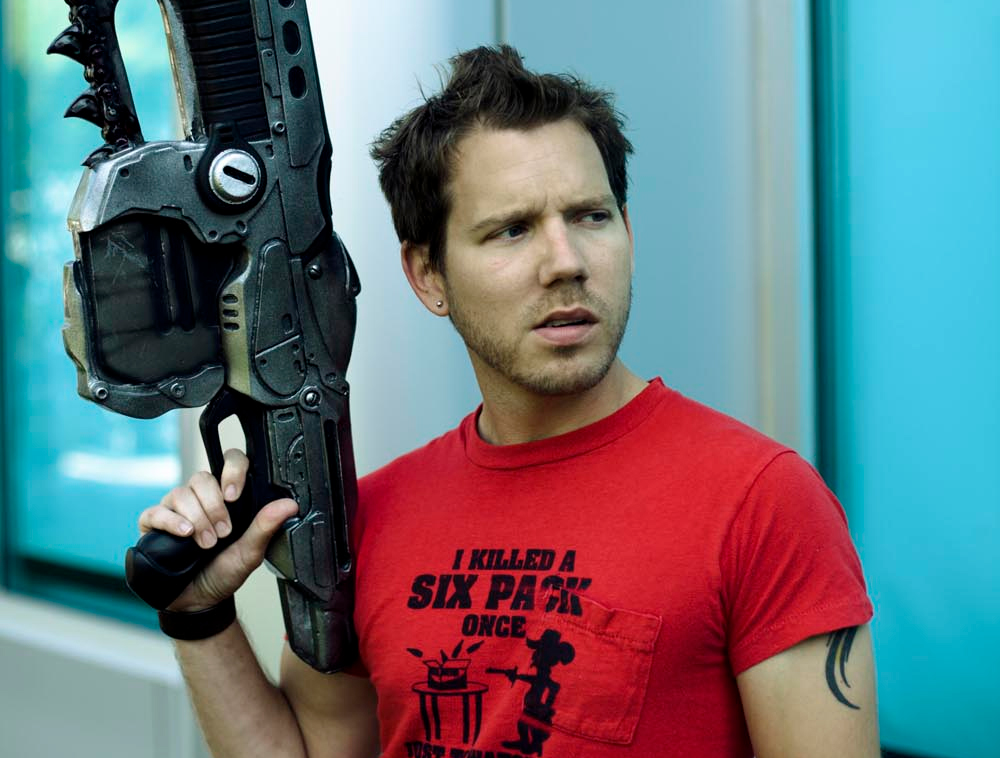 In this episode of Saturday Heat Signature (the 12th installment!), we take a gander at the upcoming Kickstarter project by Pathea Games: Planet Explorers.

The game focuses on survival and colonization, with the core concept being that you (a survivor of a crashed colony spaceship) must scrounge-up resources, establish a base camp, and assemble other survivors in effort to make your place on this new world. Planet Explorers has a massive scope, and for purposes of simplifying things (perhaps a bit too much), it can almost be thought of as an amalgamation of Spore and Minecraft: The game has fairly freeform customization in terms of vehicles, structures, weapons, and is also voxel-based (non-cuboid, for once), allowing full point-to-point destruction or manipulation of terrain.

In suit of our technological analysis of Star Citizen's high-end hardware utilization, we regrouped with Chris Roberts at PAX East 2013 to briefly discuss overall progression, PvP, the node-based networking framework, and more.

Roberts made an appearance in the final hours of the show and participated in a panel discussing crowd-sourced obstacles and benefits, titled "Going Back To The Future - Calling All Mechwarriors, Tribes and Star Citizens." After meeting up near the somewhat internet-famous Firefall and LoL statues (seen here), we journeyed up to the panel area to talk some Star Citizen; it quickly became evident that Roberts is a marked man in the games industry, with several excited fans greeting and thanking him for his efforts to revitalize the Space Sim genre. He's ambitious and dedicated, but every conversation sort of resonated a "no, thank you for supporting us" humble tone.

You'll find our video interview with Chris Roberts below, a recording of the panel, and discussion on Star Citizen's future.

An Exhibitor’s Perspective: The Other Side of the Convention

I’ll be attending PAX East (this weekend!) for the third consecutive year, but this is the first time I won’t be going as an exhibitor. Certainly this PAX will be much different than what I’ve experienced in my previous position—but is that a good thing? Let’s find out in my insider’s take on the highs and hells of convention/trade-show exhibiting.

Being an exhibitor in the PC hardware industry is like starting college.

Everything We Know About Cube World So Far