We shot this in the Gaslamp Games suite while at GDC 2014, where Technical Director Nicholas Vining and Art Director David Baumgart proceeded to be obliterated by their own creation. May I present: A gameplay / interview hybrid video of Clockwork Empires, along with further detail below on how the indie city-builder game works.

What is Clockwork Empires?

Gaslamp Games’ Clockwork Empires is a free-form city-building game centered on the colonization of a new land under oversight of a Victorian-like Empire. Players act as – to quote Vining – “the Invisible Hand of Bureaucracy; bureaucracy and paperwork are very important to The Empire.”

The game draws influence from Lovecraft’s works, clockwork ingenuity (think: DragonLance’s gnomes, or, y’know, traditional steampunk/clockwork writing), and implements its mechanics in a fashion that enables restriction-free play. Unlike games that ran on Impression Games’ Caesar engine (Caesar III, Poseidon, Zeus, etc.), where immigrants move as you plant housing, we start in Clockwork Empires with a handful of settlers in a camp. Our starting stockpile includes the necessities for imperialistic life – alcohol and guns – and other secondary accessories, like food and materials to build shelter. We have a blank canvas to start our colony.

For those not too familiar with the city-building genre, it’s as much about management and your strategy for effective progression as it is about aesthetics and layout. The game is free-form, as with most city-builders, so while it might have a few suggested objectives, you’re largely free to do whatever you want. This means taking time to build refineries with custom floorplans (more on that soon), organize hierarchical housing divisions (upper-, middle-, lower-class; Americans may be confused by the existence of middle-class, but will figure it out), and building industrialized districts for production.

In asking Technical Director Nicholas Vining what the first building typically is (our camp starts completely barebones other than the settlers and materials), I was told it’s generally a lumber mill – followed shortly by a farm. Opiates, ideally. Lumber production enables us to continue expanding and building by processing wood, which is harvested by setting flags on target tree-victims. It’s worth noting that you’re ultimately in control of what you build as a player. This is evidenced in our above developer commentary / gameplay video, where Vining and Baumgart start farming opium and cabbage before devolving into a colony-dooming “fish fight fist-fight.” Just watch the video. It’s ridiculous.

You see, there are all manner of evils in this new world. Fish people are among the worst, but that shouldn’t count out the threat of cults formed internally, giant squids, and Quag'garoth, a genderless destroyer of worlds.

And so we must thwart those threats. Military can be managed with some degree of accuracy, but the game is largely structured around the player setting flags while the villagers theoretically complete the tasks competently. Villagers will take it upon themselves to do each task – no micro-management involved – leaving you free to design your settlement. I looked on in seat-gripping horror as Vining’s and Baumgart’s military stood around talking about cults and food rather than shooting the fish people de-facing a nearby villager. So there are some AI kinks to be worked out, but some direct control will alleviate much of that.

And that’s a convenient way to bring up conversation elements: Villagers each have a few traits (things like ‘morbid,’ ‘strange’) that dictate their actions. Villagers will talk to one another in Sims-like fashion, popping-up bubbles about cults, starvation, fear, and other topics or emotions. Each villager has an independent memory, so if that particular NPC has witnessed the death of a comrade by slimy, black-tentacled horrors, they’ll log that in their memory and grieve (or revel in it) appropriately. These NPCs can be driven to drink as a result of their memories; each drink will wipe a memory, but the effect is random – they could end up happier as a result of forgetting something or deeply-depressed by forgetting happy memories. Each mood dictates how efficiently an NPC performs actions and how readily it cooperates with the Invisible Hand of Bureaucracy (and anyone who doth protest will have a stern talking to, then a written warning, and then be sent to fish-doom).

There’s a clean building interface that guides us through the construction of things like farms, refineries, military structures, and economic or production structures. In traditional city-builders, placement of a building generally means dropping a blueprint and waiting while settlers hammered away at it. The player might have control over rotation and direction (though not in many of the older games I mentioned), but that’s about it. With Clockwork Empires, we’re given the ability to place a grid for the building manually, deciding its size and shape (square or L-shape, for instance), and then given further control with modules. 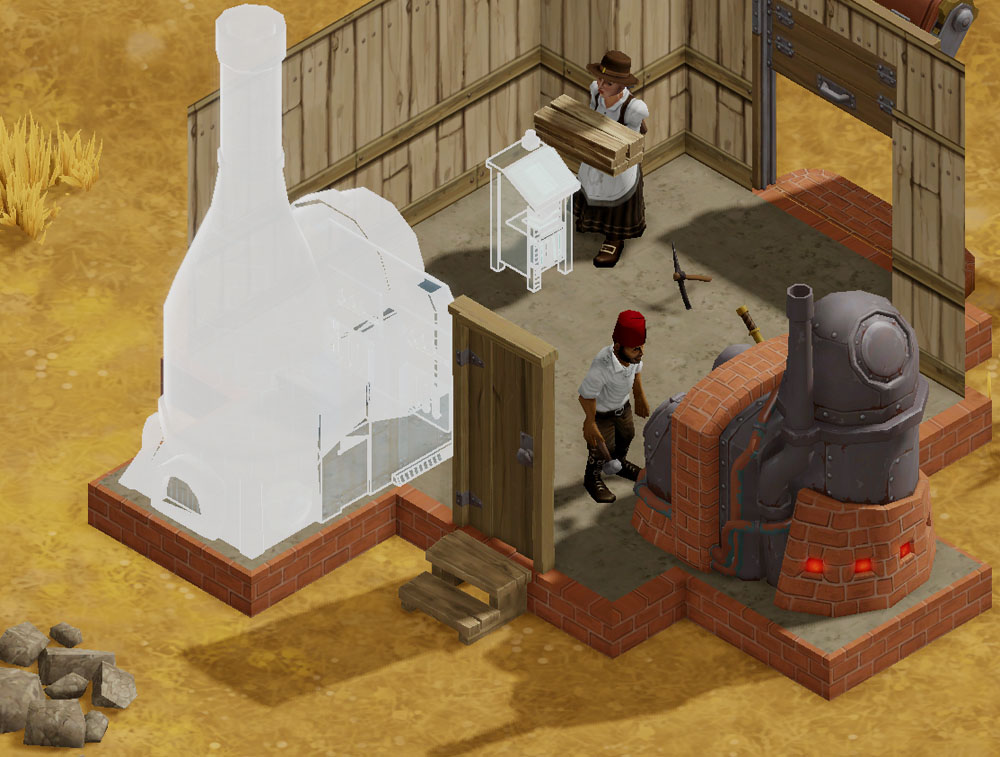 The modules system is somewhat interesting, too: Each building has a number of modules available to it – effectively prefab objects that are placed within the building – that provide perks or necessary equipment for the structure to function. A refinery might require a kiln or furnace, for instance. Doors can be manually placed, paintings can be hung on walls of homes, and functional items (that provide perks or are required) can be manually positioned internally. 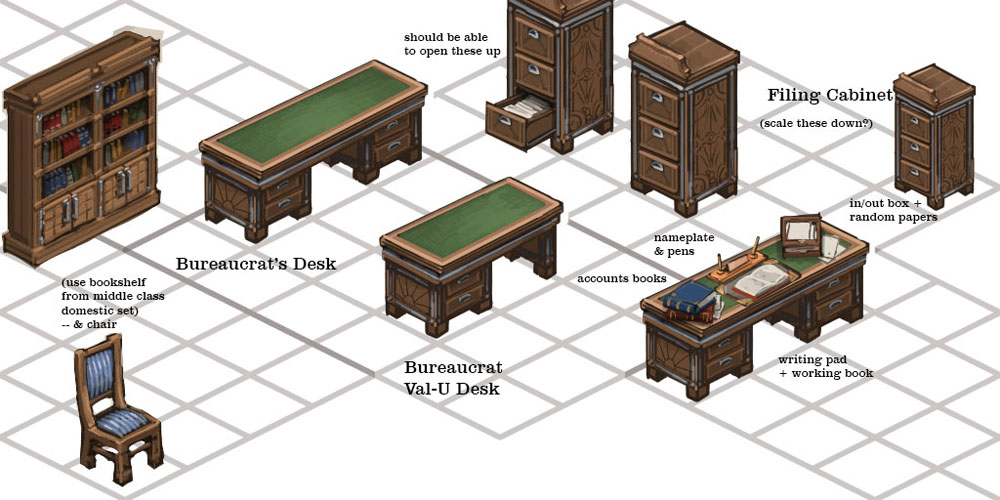 I’ll be following-up shortly with a more in-depth look at all the structures and underlying strategy. For now, we’re off to work on our Dreamfall Chapters coverage; check back soon for that.

You can learn more about Clockwork Empires over here: http://clockworkempires.com/