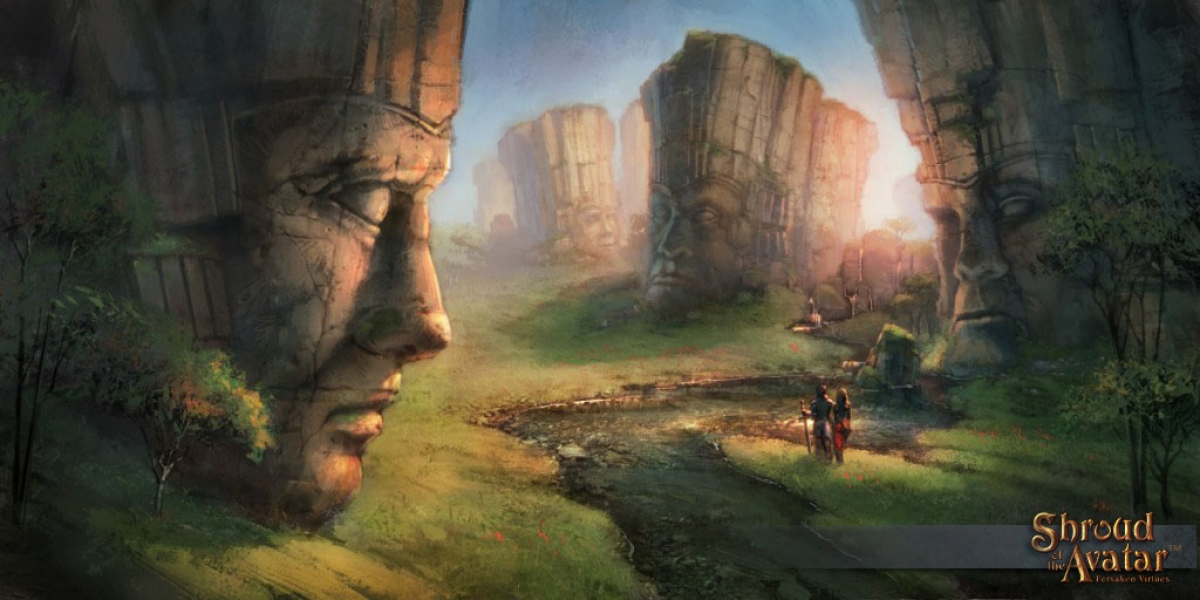 Player-driven economy in a game usually means trouble and poor execution. The typical problems stem from flooding a market of basic items that everyone crafts to improve the skills, eventually to the point that the cost to produce the item supersedes the cost to buy the ready-made item (or sell it, for that matter); alternatively, the crafting side of the economy winds up becoming a little-used system because the best items drop during raids. We asked how the Shroud of the Avatar devs intending to offset the headache and were met by excitement and passion.

There is no centralized "auction house," as many games seem to utilize. The only way to purchase items is from three vendor options. The first of these options includes independent NPC shopkeepers. These are the usual assortment of blacksmiths, barkeeps, general goods vendors, etc. There is also the ability to have an NPC that is bound to a player based on their property, much like Ultima Online's player-owned vendors. Finally, there are player-to-player sales that cut out the middle-person or NPC, as the case may be. The NPC vendors purchase items crafted by players within specific parameters, both in price and desired items, but they only sell a portion back to other players.

This doesn't sound too different from anyone else yet; however, Shroud of the Avatar makes its changes primarily in what happens to the "unsold" items that the NPC keeps. Effectively, they are "bought" by (redistributed to) mobs and become part of the loot table. All those random items being crafted by apprentice craftsman are the primary loot. It gets even better as all craftable items have a maker's mark embedded in them. When slaughtering that skeleton, you might find that it was wielding a sword you previously made. In fact, almost all gear in the game -- from benches and candelabras to the best weapons and armor -- are made by the players. There are only a few specific plot-related items that will be generated, and those items are there to serve a purpose. A caveat allows item generation in the event the world is lacking a specific item (no axes, for instance), but this is on a demand basis.

Starr Long indicated that it's important to find a balance where the raw materials are not more expensive than the items they are used for, with the exception being some super rare and limited-quantity ingredients for higher-tier equipment.

Take a moment and let that sink in. If all goes to plan, SOTA actually has a worthwhile reason to up the crafting skills beyond just something to do while waiting for a raid timer to reset before the next one-in-a-trillion chance of getting that loot drop. The best weapons and armor in the game are craftable, and can be sold to the vendors to hit loot tables if other players are unavailable. Thankfully, to prevent a repeat of the epic wolves of the Ultima Online alpha -- a fun story Garriott told us about the low-level wolves becoming almost completely unkillable -- the loot that is sold to vendors and hits the loot tables will be leveled to prevent griefing. This ensures mean-spirited users seeking to flood the market with high-tier weapons won't be impacting lower-level play (the skeleton won't "buy" your +7 Vorpal Longsword, but a Lich might).

Interestingly, Garriott also seeks to include item leveling or persistent item logging, tracking a history throughout the item's life. Use an axe to slay 10,000 trolls and it might get a title addition of Troll Slayer. Sell this to a vendor and it could wind up on the loot table and eventually someone in the distant future may come across the Battle Axe of Troll Slaying crafted by Abibliboop. This could potentially lead to a dedicated crafter having a chance to become the next Honjo Masamune, but then again, that's just wishful thinking for those of us who actually would rather be an artisan in an RPG instead of a monster hunter.