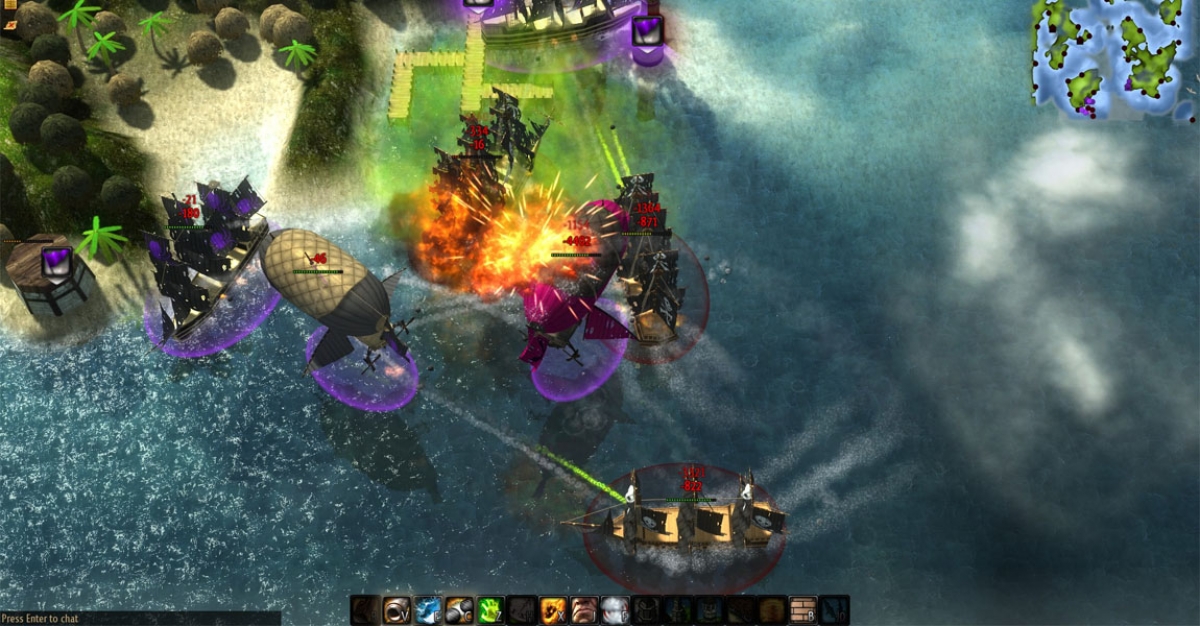 For a week, our team wandered San Francisco and Boston, trekking between GDC and PAX East. We endured delayed flights, frozen rain, unseasonable (for us) heat in California, massive snow drifts (in Boston), smelly clothes, unfortunate public transport, and the overall frustration of travel and hotel. But for brief 10 minutes, fortune shined on me.

On our last day at PAX, we dragged ourselves -- forlorn and exhausted -- through the expansive hall of booths and attendees to the little Tasharen Entertainment booth. While GN’s Editor-in-Chief talked to the (lovely) developers, I sat my callused bottocks in front of their laptop and, for 10 minutes, was brought to a more calm and serene place than any I had discovered for the week.

Having read that weighty and beguiling paragraph, I might lead you to believe that Windward is the greatest game known to man or that I was delirious and insane. The latter may very well be true, but the former is an exaggeration. What can be said, however, is that Windward is supremely relaxing and effortless entertaining. I must have spent minutes just zig-zagging my boat through the gentle waters or just seeing how tightly I could circle it. That’s not to say the game didn’t give me enough to do, but the core mechanics were fun in their own right.

The game’s tasks and are simple and easy to follow. Deliver some goods, kill some pirates, build towns, towers and lighthouses, collect resources, etc. These tasks are simple and uncumbersome. The smaller scale and relative ease of the game makes it less intimidating and easy to drop into, with a fairly linear difficulty curve. The game’s design allows drop-in / drop-out play to fill those 10 to 15 minutes gaps that permeate a day. This isn’t to say I couldn’t equally see my self staring at my little ship navigate the waves for hours upon hours of a quiet weekend as well. In fact, the developers recounted a story of someone who had done exactly that while at PAX East, spending hours playing Windward. He’d absentmindedly spent more than two hours sailing and trading, stopping only when the Tasharen crew had politely asked him to share the experience with someone else. He apparently had no idea how long he’d spent playing the game -- an experience that, in my mind, sums up the game very well.

GN’s Steve already has more than six hours in the game and will soon be publishing a full preview of the title. In the meantime, learn more here: http://store.steampowered.com/app/326410/