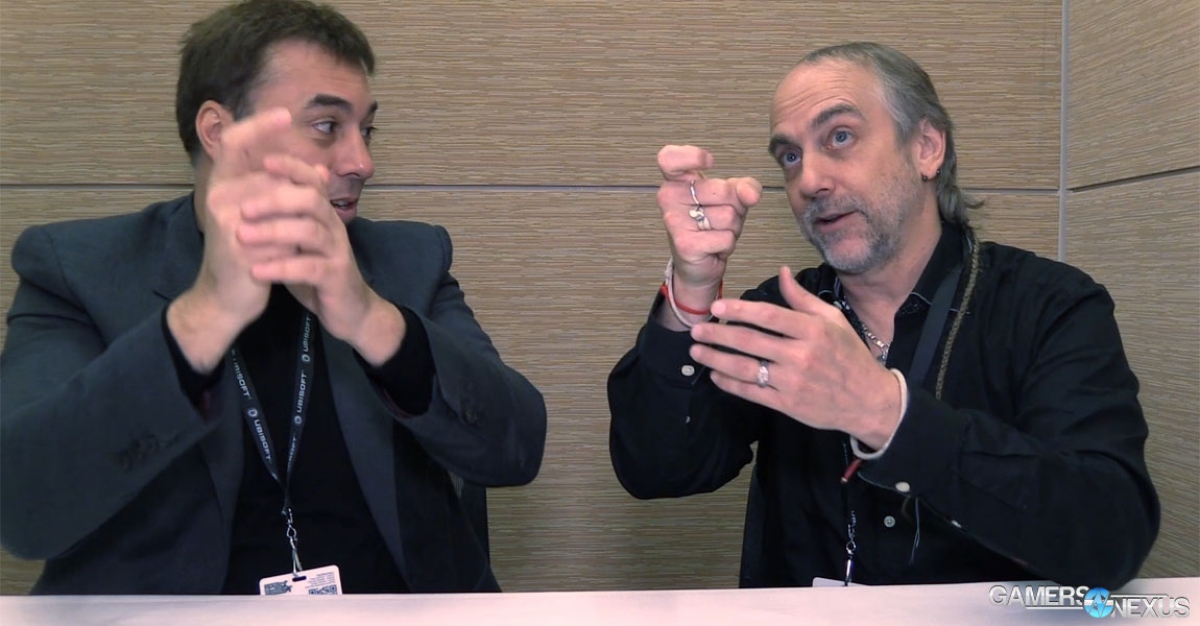 The renowned developers have worked together for decades. The origin dates back to Origin Systems, a company that Garriott co-founded. Under Origin, Garriott developed his Ultima series and, just a few years later, Chris Roberts came over with Wing Commander. Roberts was about nineteen at the time of joining Origin and Garriott, who joked about being a “grayhair” even in those days, was a dated twenty-five at the time of initial collaboration.

This video was shot pre-interview while the camera and lighting were still being set-up. Roberts and Garriott genuinely entertained themselves, talking about Zero G physics and momentum in space. We decided to upload the footage for its smile-inducing, friendly banter and fun discussion.

The video, as I remarked at its end, ranked among the most fun content we produced during the entirety of GDC and PAX East. Listening to the two friends banter back-and-forth about physics in space had us silently in stitches behind the cameras, smiling the widest we'd done all week.

For some background, Richard Garriott – the son of an astronaut – battled odds to be among the first space tourists to the ISS, but is best known for his fantasy role-playing titles. This lends Garriott some first-hand experience with the topics being discussed above, to include challenges with angular momentum and inertia in space. Chris Roberts is the visionary behind Star Citizen, arguably the most feature-packed space sim ever attempted.

We encourage watching the video, but a few fun excerpts include:

Chris Roberts: “Like most games, right, they don't really simulate the full body unless they put to ragdoll and [then you] just fall down. The question is – you've got to blend between animation stuff and ragdoll and then when you're in Zero G, --”

Richard Garriott: “Right, you've got to keep the angular momentum. That's the hardest thing to get rid of, actually, the angular momentum. [In fact], you can speed [rotational momentum] up or slow it down based on how close in [your arms are], but you can't stop the actual momentum. One of the fun things to do in Zero G is to hold someone out into the middle of the room, and then you let go of them, because then they can't get out. You can't swim. You're stuck.”

CR, using hand gestures to demonstrate what he means: “Now, if I'm spinning this way, can I not do a counter-move with my body and, and counter my, like, my angular inertia in a way, right?”

RG, raising an eyebrow: “[...] You can do a direction-facing change, but you cannot change your momentum without an external force, so it's actually an interesting problem.”

Check out the video for more of this short, playful discussion.

More content with Garriott and Roberts forthcoming. Their respective games can be found at these links: