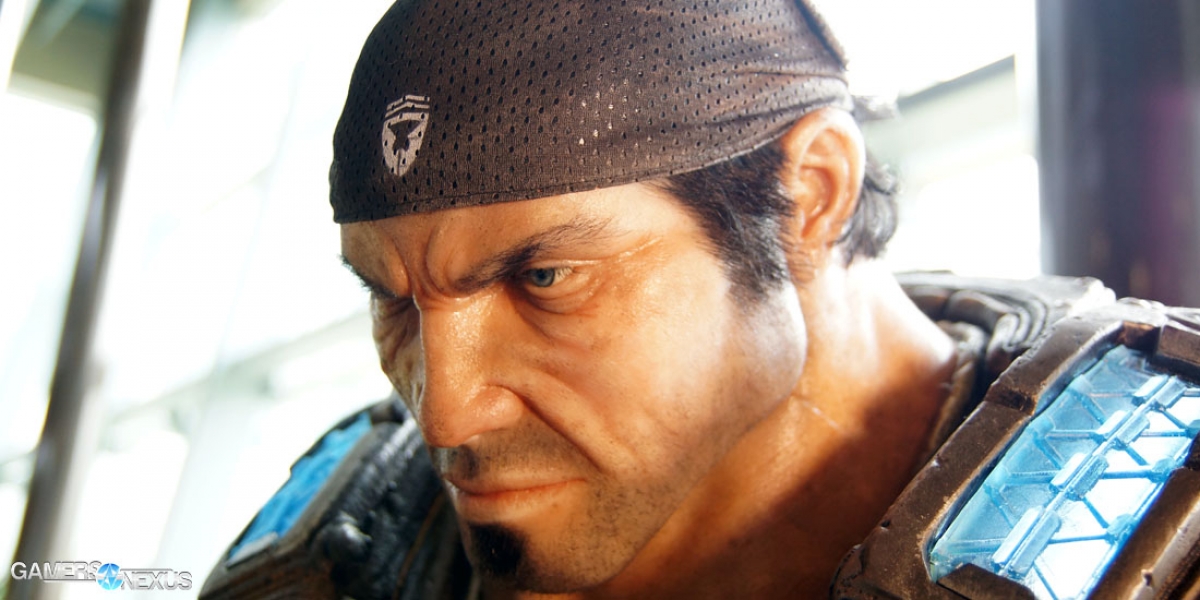 In the below interview, Epic Games UE Community Manager Chance Ivey discloses his thoughts on design obstacles and VR legitimacy:

Many of the early challenges of VR have been largely resolved, like timewarp – something AMD and nVidia have both worked on – and latency. Both of these issues presented concern that users could become nauseated by jarring in-game movement that did not correspond to real-world movement, but joint efforts have provided solutions in this arena. Still, though, designers have to take special care when designing worlds and mechanics to reduce chance of VR-induced nausea.

“In VR, we haven't found a way to accurately simulate force – acceleration – and an actual sense of gravity that is separate. In VR, you can flip a car; the game says gravity is [up] and I say the gravity is [down], and my mind's like, 'I don't really like anything that's going on right now.' So that's something you have to keep in mind when it comes to rotation of the head. Gravity always has to be in the same place. There are some ways around that.”

Ivey referenced space simulators as a popular VR concept that circumvents disconnects between the physical body and the in-game character. Star Citizen is a popular reference point, though ADR1FT – an Unreal Engine title – serves as another forthcoming example of an FPX (First-Person Experience) in space. “But,” Ivey countered, “there's a lot to be discovered by taking the camera out of the [character's] head – not switching between the two, because that's extremely jarring – but having it somewhere else in the game that's watching the player.”

Other presented challenges include stairs, a topic we recently discussed with Epic Games' Jim Brown when learning about the science of level design. Ivey suggested that the body expects a certain output when traversing a staggered incline – like stairs – and that head-bob isn't something that should necessarily be replicated in VR due to sickness. The player's brain expects a certain amount of force exerted downward on the body when climbing stairs, and when that's not present in the game, something feels wrong. Ramps are a good alternative, but there's still some experiential disconnect. Lifts and elevators, on the other hand, provide an ideal solution to the challenge of gaining height.

In explaining this to us, Ivey underscored that combining up/down motion with X/Y-axis motion seems to be the root cause for virtual reality sickness or disconnects. Using a lift – which offers surrounding walls and other visual, reinforcing cues – seems to jive more naturally with the player's expectations of motion.

Other interesting VR design challenges point toward the lack of inertia; sending a player's car smashing into a track wall presents an expectation of sudden force, and the lack of that output can “put people into a bit of a shock state,” we were told.

We asked about if VR conjured-up unique design approaches that would seem otherwise pointless in traditional gaming. Ivey noted that “people have had great success placing people outside of the game-space,” indicating that VR serves as a means to allow exploration of fantastical or no longer existent settings. Examples could include Atlantis or Ancient Rome, respectively. There doesn't have to be a game involved, but presenting a first-person experience seems to be a new design element previously unexplored.

There's still more to come in the VR space. The technology is new and simultaneously exciting and scary. If you're curious about our experiences with VR, including some very odd mental disconnects upon exiting VR, you can read our thoughts on Valve's solution over here.

If you're interested in playing with the Unreal Engine, which is now completely free, that download can be found over here.