For die-hard Fallout fans, the hype train has exploded from the station. With rockets. And possibly a few deathclaws running after it. This is thanks to Bethesda’s release of its first-ever glimpse of Fallout 4. Recently, a countdown on Bethesda’s Fallout site (and Fallout4.com) appeared, lacking any real details. It was simply a countdown with the iconic “Please Stand By” loading screen from Fallout.

That time ran out just hours ago. With its countdown complete, Bethesda unveiled Fallout 4’s introductory trailer. After speculation, rumors, and fake leaks for years since Fallout New Vegas and Fallout 3, something concrete -- and real -- has finally emerged.

First, for players itching to play the previous titles prior to diving into Fallout 4, we have a full modding overhaul guide online here.

With that out of the way, let’s start off with what will probably be of most interest: the setting. Fallout 3 was in Washington D.C., Fallout New Vegas in Las Vegas/the Mojave Desert. Fallout 4 has been rumored to be many many places. Finally, we’re given a bit of closure and assuredness, as the trailer shows landmarks that look similar to places in Boston. Firstly, A statue resembling Boston’s Paul Revere monolith is shown, which, as it happens, is in front of a similar-looking building in the real Boston. 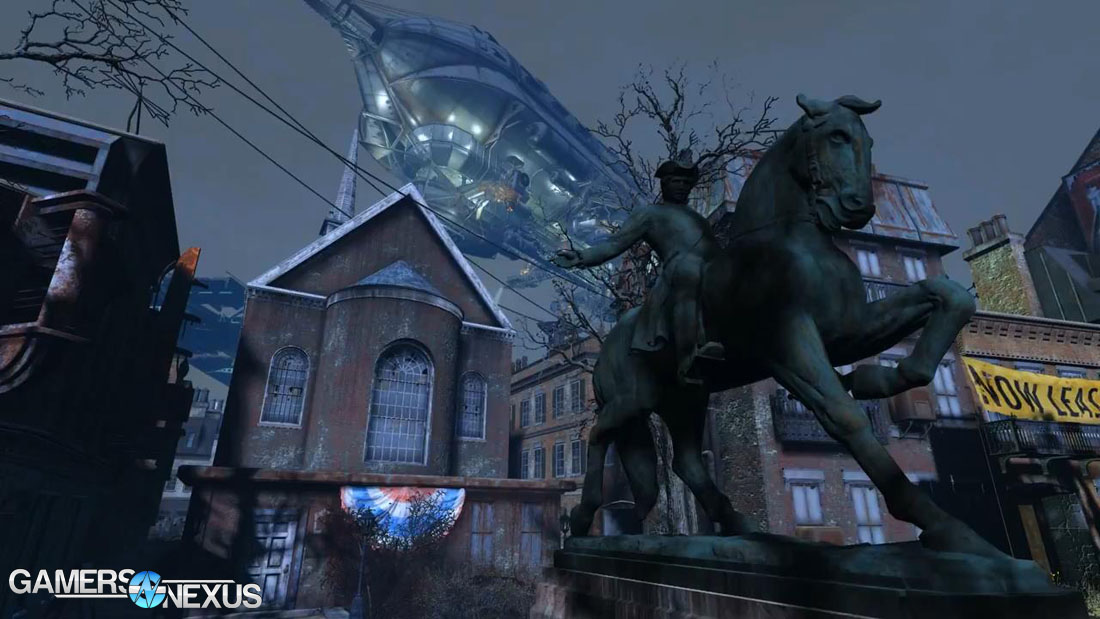 Similarly, there is a golden dome that is on top of a building shown at approximately 2:04. Initially my first thought that it was a church or a mosque.

After further investigation, I found that this dome looks extremely similar to the Boston State House, further indicating Boston to be the city that Fallout 4 is based in. 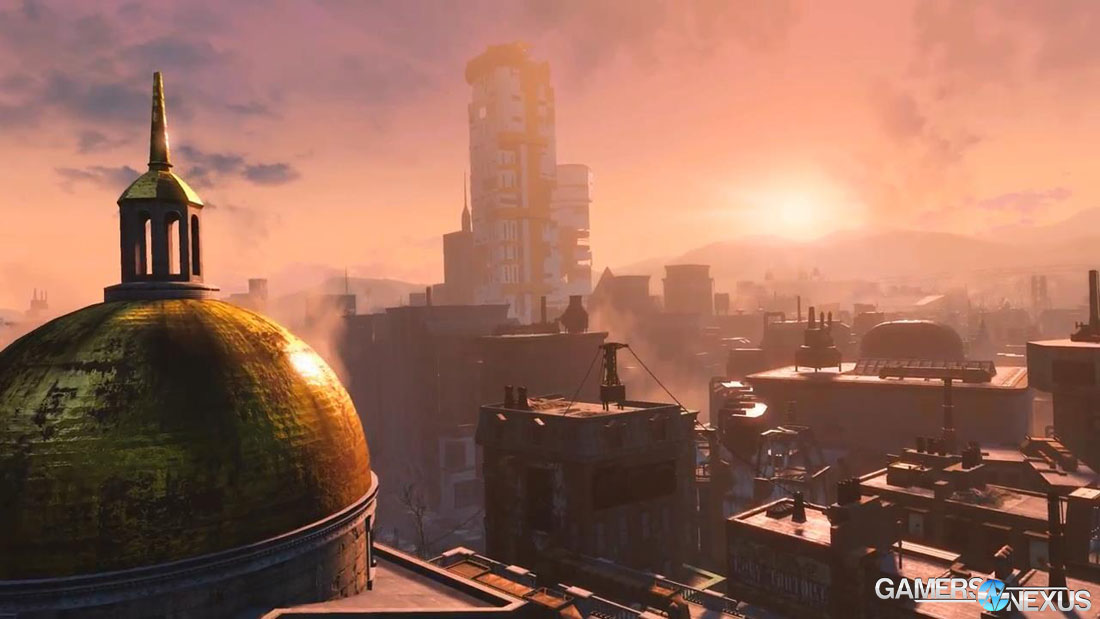 Expanding on this, an old wooden ship -- looking to be of the American Revolution years -- makes an appearance in the trailer. Very few ships like this still exist, and fewer still are operational. The USS Constitution is still operational and, as it happens, is based in Boston. Why the ship in Fallout 4 appears to have rocket engines on it, I have no idea. 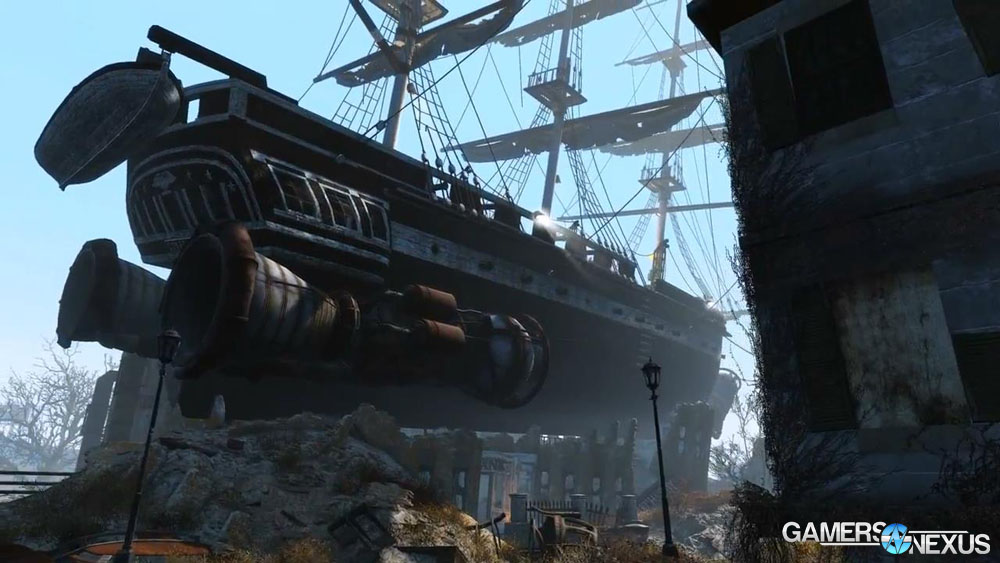 To add to the idea that Boston is the setting, a beach and a boardwalk are shown directly indicating an ocean (another fit for Boston). Bunker Hill monument appears to be shown (it looks similar to the Washington monument), another Boston structure.

Boston  looks to be extremely likely in my opinion, based off the iconic and recognizable landmarks of Boston, but hopefully soon Bethesda will show us more of Fallout 4 to better determine its setting and other characteristics.

Moving on, let’s look at possible large storyline aspects. Although little is shown, it appears that Fallout 4 will have a significant Enclave or Brotherhood of Steel presence. This appears to be so, because there is multiple appearances of Vertibirds, which are primarily used by, and symbolic of, the Enclave. 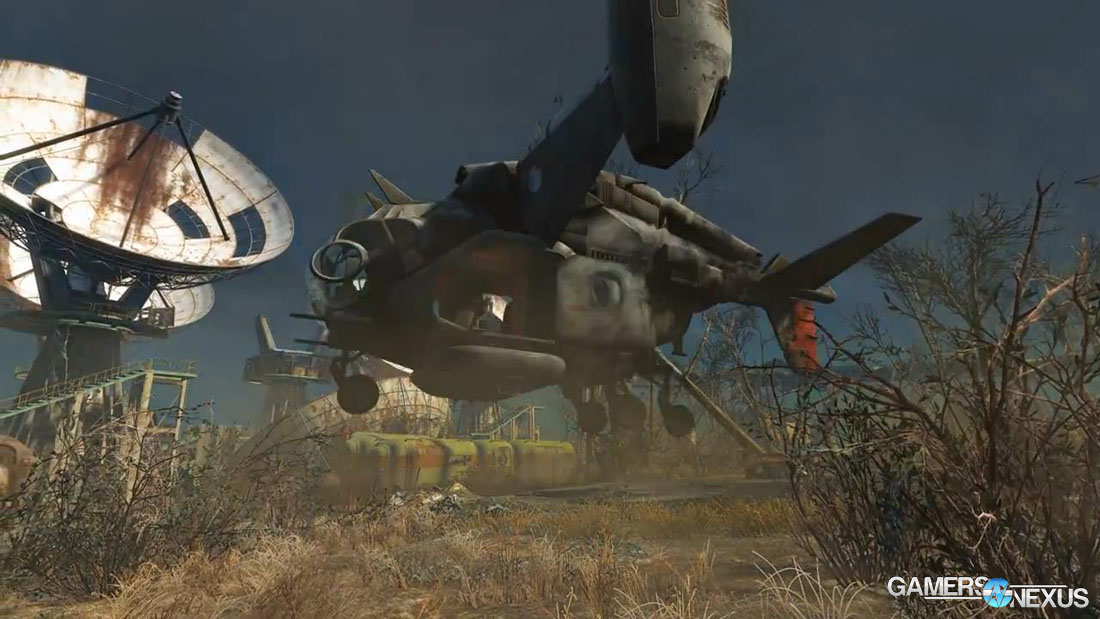 While this is the case, in Fallout 3’s Broken Steel DLC (spoilers incoming) the Brotherhood of Steel (on the east coast) becomes very powerful and well-armed, and defeats the Enclave in major battles. It is already known that the Brotherhood of Steel had at least one Vertibird in Fallout 3, and their victories against the Enclave  may have led to them gaining more. To further the theory that the Enclave is significant, an eyebot is seen at 1:52, and eyebots have traditionally only been used by the Enclave, both for protection and propaganda.

At 1:57 in the trailer, a blimp is seen accompanied by a Vertibird (the silhouette becomes visible), which would indicate some sort of large, powerful faction that is not only capable of having Vertibirds, but also blimps. There are many appearances of characters in power armor, which looks to be the same as the Brotherhood of Steel T-45d power armor variant instead of the Enclave’s advanced power armor Mk II. This lends more evidence that the Brotherhood of Steel is a major faction in Fallout 4. 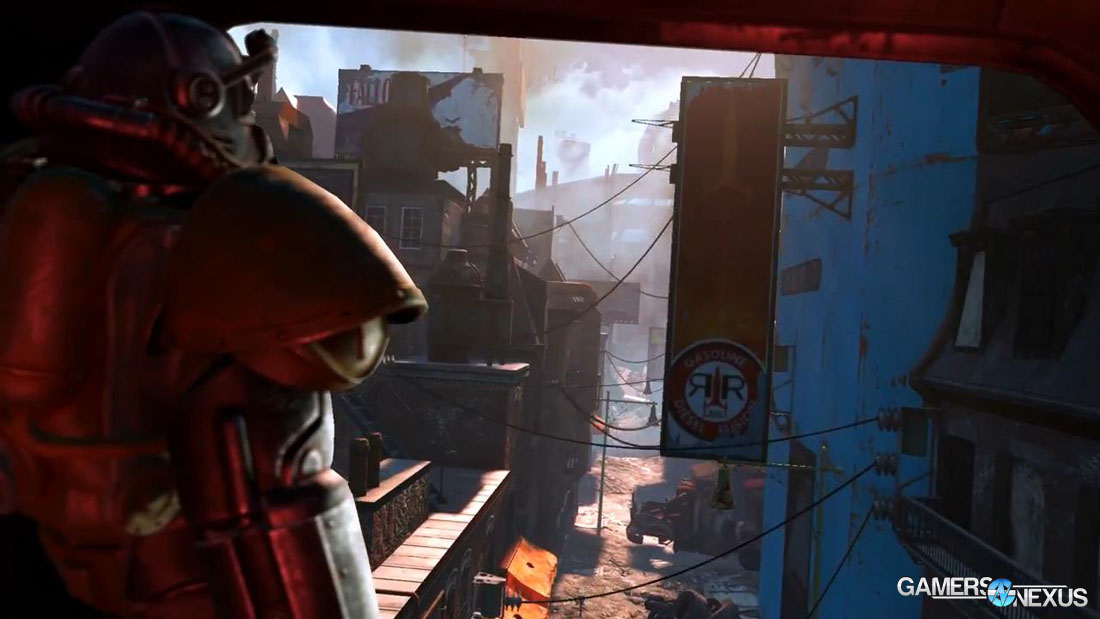 Vaults are one of the core themes in the game. People went to survive in them, yet many of them had escapees and other issues. In Fallout 4’s trailer, the vault door clearly shows 111 as its number. While many vaults are known through the Fallout lore, Vault 111 hasn’t ever been referenced previously, so there is no known information about it.

For those who don’t know, many of the vaults were made as experiments, in which there as too little of a certain supply, or there was only one man (or only one woman in another). Another was just filled with clones of a single man. So whether vault 111 has something slightly off, catastrophically wrong, or it's perfect, is unknown. It does appear that the entrance to the vault is an elevator though. This can be seen through that when the vault door opens it doesn't reveal the outdoors, but another room of steel and vault aesthetics. Furthermore, when the character initially leaves the vault and goes outside, the character appears to be rising on an elevator type platform. This is shown at 1:32 for those interested in watching the sequence.

Finally, in a flashback, we see people crowding around what appears to be the same opening that the main character comes out of when emerging from the vault.

Not much is known about Vault 111, except it looks to have an elevator entrance and probably is located in Boston.

Moving onto more adorable subjects, it appears a dog companion is back! Fans of Fallout 3 may fondly remember Dogmeat, and will be excited to see that much of Fallout 4’s trailer follows a dog; at the end of the trailer, a vault dweller from vault 111 greets the dog like a pet before beginning to walk towards the city. 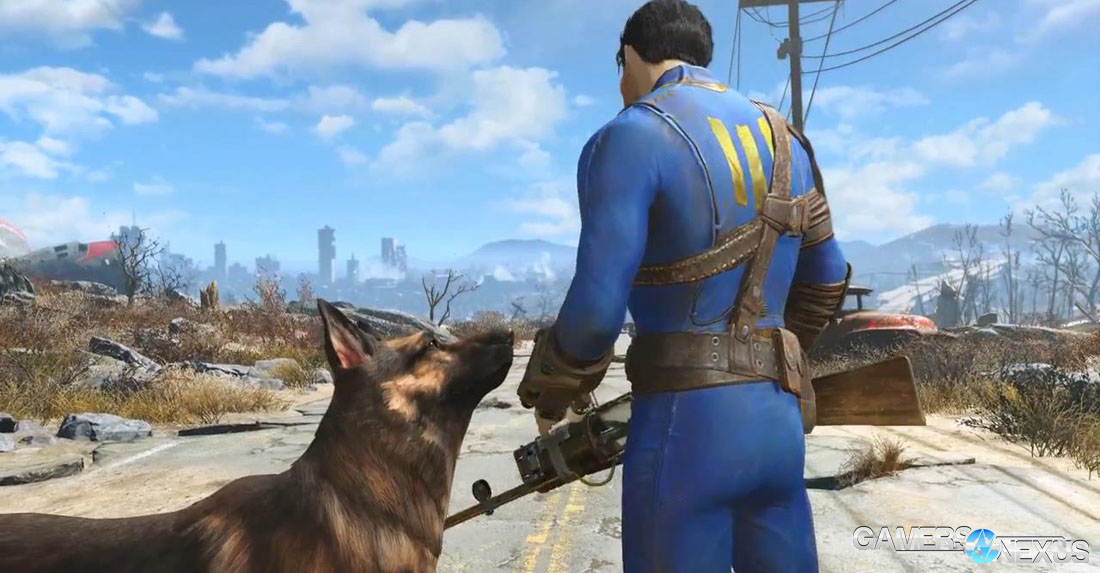 This could indicate that the dog is a significant part of story and a companion to the player. Personally, I wouldn’t hedge my bets on it, but I’d like to see it.

The vault dweller who is shown at the end reveals little. He is wearing a vault 111 jumpsuit, a pip-boy, and carrying a gun. Based off this, he’s likely the player character and the pipboy will continue to be used for inventory and player stats.

What’s more interesting than this is that he speaks to the dog. In Fallout 3 and Fallout New Vegas, the player didn’t actually speak. Instead, the player chose a text option for speaking, and the NPC responded appropriately. Will Bethesda be giving the player’s character a voice? This would be a large change that actually wouldn’t be too significant to gameplay, but a noteworthy alteration. If Bethesda does include a voice for the player, I hope they allow for multiple genders, octaves, and accents.

Like with most other content, not much is known about the vault dweller. Hopefully more details come out soon.

Looking at NPCs, we see multiple people in power armor variants, indicating an Enclave or Brotherhood of Steel presence (or both) if Bethesda sticks to previously established factions. We also see a walking brahmin with packs on its back at 1:43, a familiar site from Fallout 3 and Fallout New Vegas, for roaming caravans would use these animals to haul their goods. Just after that we see a robot, which is a standard for Fallout games. More interesting, though, a beach appears at 1:46, and on it there’s some sort of giant crab mutation that is unseen in previous Fallout games.

Literally seconds after that we see a slightly more modified deathclaw appear; it's certainly good to know that I should start to prepare myself for the fear-inducing fights with them.

The next NPC we see is a ghoul, which is another standard.

Finally, I would like to point out that Bethesda was the only company mentioned here. In fact, Bethesda Game Studios was very obviously shown at the end. Bethesda is both publishing and developing Fallout 4. I think this will lead to it having a similar feel as Fallout 3, which Bethesda also developed and published.

Despite this trailer only being 3 minutes long, it has a lot of information in it. Unfortunately, none of these things (except Fallout 4 existing) are confirmed by Bethesda. So while it appears the Enclave or Brotherhood of Steel will play a large part, it isn’t confirmed.

For those interested, Bethesda has said to tune-in to their E3 showcase on June 14th at 7PM PT to see the world premiere of Fallout 4. Be sure to check back here for our coverage and analysis of the event.