This window was missed and, as of now, the “Star Marine” module is still in full development. Although Cloud Imperium Games did not explicitly guarantee delivery at its PAX East presentation, the public hope of a late Q1 posting has led to questions of when the update will be delivered. This isn’t the first time that the Star Citizen team has faced criticism for missing an external release target, but the company has continued to act under its open development philosophy. During today’s discussion with Roberts, we were told of the tough balance between open development and granting priority to a playable gaming experience.

We joined Chris Roberts at the CIG Santa Monica studio to discuss the present state of the FPS module, including discussion of new timelines, the blocking challenges to development, and future events.

The video is above, with full explanation from the CIG CEO of recent events and developments, but we’ve created a timeline of talking points below the video. This article contains key information quoted, though we do suggest watching at least the first few minutes of the video – if only for the spontaneous re-enactment of motion capture movements.

The Star Citizen team hopes to initially launch its “Star Marine” FPS module with support for 16v16 battles, for a maximum of 32 active players. This is more than the current Arena Commander multiplayer allows, though we were quickly told that AC 1.15 – which ships sometime within the next 7-10 days – will move to allow 8v8 battles.

FPS in Star Citizen, we’re informed, is more technically complex than the “standard” FPS. Games like Crysis, made with the very CryEngine used by CIG, take short-cuts for camera angles and movements in first-person. One of the most immediate examples cited by Roberts is the positioning of the gun, where the player’s camera is effectively in the chest of the character, as opposed to looking out from the eyes. Roberts continued on to note that CryEngine (and other games) separate between first- and third-person viewpoints, using different animations for each. This is something that the CIG team has unified in CryEngine:

"The arms are [normally] right in front of the eyes. With Star Citizen, it's different than a normal FPS because it's essentially a whole world simulation. It's not just running around with a gun; it's interacting with stuff, flying ships, and interacting with people cooperatively. If someone is sitting next to you in the Constellation, you need to see what he's doing with the controls.

We don't separate between first and third person. It's all unified. The third-person animations drive the first-person; when you're looking around in first-person, you're looking through the eyes. […] It makes things harder because you can't cheat in a lot of ways."

This led to underscoring the team’s efforts in the animation department. Fluidity of movement from first- and third-person perspectives is critical to Star Citizen’s objectives, we were told; observed character movement should be representative of first-person character movement. Differences from more traditional FPS games include unification of the first- and third-person systems, so viewing an enemy combatant should more accurately reflect her motions. Animations – including a “juking” system – are also non-standard, with hopes to demonstrate more inertia of movement when stopping dead or juking side-to-side. This is something Roberts amusingly demonstrated on-camera for us at 3:52.

Network back-end and synchronization challenges were also highlighted as ongoing hurdles to production. This is a topic we’ve previously explored in depth with Roberts, where we discussed the zoning & instancing system of Star Citizen.

Chris Roberts moved to clarify some of the game’s past release windows, their tentative nature, and went on to suggest that the impending Gamescom event would hold more for backers:

"When I made the [Letter from the Chairman] update -- when we showed it at PAX East, we said we hoped it was going to be out sometime in April, but 'don't hold me to that' was what I actually said. We did the update in May, and obviously people have been waiting a long time for it. A large amount of the company, especially now, has been working on it. We've got extra help from the German studio, which is a bunch of CryEngine experts. I've got a build on my machine with both the FPS and the Gamescom [presentation], so I'm actually helping out with the code a bit. But we didn't want to give a date because, well, we sort of don't want to get burnt by that.

"In reality, we're probably weeks off. We're shooting to have FPS on the PTU round-about Gamescom or slightly after Gamescom. We're really talking about people getting to play FPS in a matter of 3, 4, maybe 5 weeks."

The team’s current plan is to deliver an FPS module to the PTU shortly after Gamescom, in the early-to-mid August timeframe. Roberts emphasized later in the video that this is tentative, but realistic.

The CIG CEO took a moment to note that actionable feedback is critical to the game’s success. The team doesn’t want to release a broken module without hope of receiving usable feedback, Roberts emphasized:

"We want people to play it and give us feedback because that helps make the game better. Arena Commander's been made better by people playing and giving feedback and that's an ongoing process -- that is part of our goal -- but there's always a point where there's no point in sharing until you think, internally, it's got enough of the base bits working that the feedback's going to be useful.

"Just because we're open development doesn't mean that as soon as one programmer gets something up and running that we instantly share it -- we need to go through and make sure things work and go, 'you know what, this is in a state where we want to have a lot of feedback.' [...] And we do that internally, anyway -- we don't share our stuff with QA right away. Someone working on the game system works on it for a bit, says, 'OK, I think this is good enough, let's have QA test it.' And then the next level is having the backers test it.

"I think, unfortunately, the delays and the aspect of having to wait [for Star Marine] for everybody -- backers and internally -- it's sort of the nature of having an open development process. We don't have any buffer. We basically tell people where we're at -- you can read our monthly reports and see what everyone's doing." 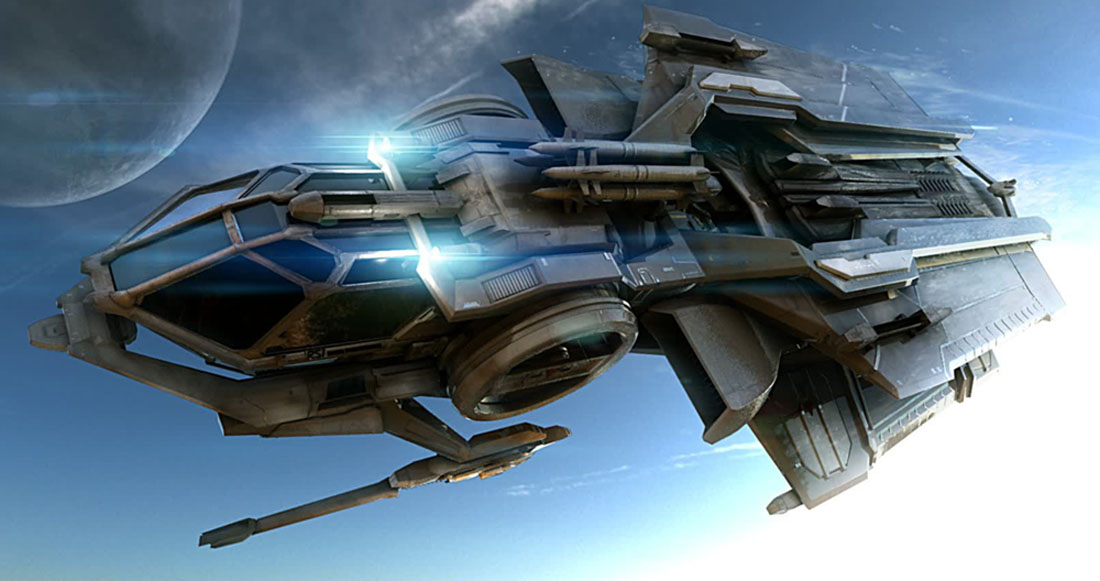 The Star Citizen team has grown measurably in the last few years, with studios positioned all over the globe for various strategic and logistical reasons. The new German studio, for instance, allows close cooperation with the CryEngine team and has enabled the hiring of CryEngine experts to assist in engine overhauls. Other teams, like the UK office, are dedicated to somewhat isolated parts of the game – Squadron 42, in this instance.

We were told that, by-and-large, the FPS module delay doesn’t necessitate an overall company slow-down of development. There will be some impact to other systems; for instance, core FPS mechanics do impact the release window of multi-crew combat. This known, we were told that the animation teams, the ship-building teams, storywriting and mocap teams, and so forth have continued to work in the face of the FPS delay.

Star Citizen is still in development and accepting funding through backers. As we always do, we advise that interested gamers invest the time to adequately research any game prior to pre-order or crowd funding.