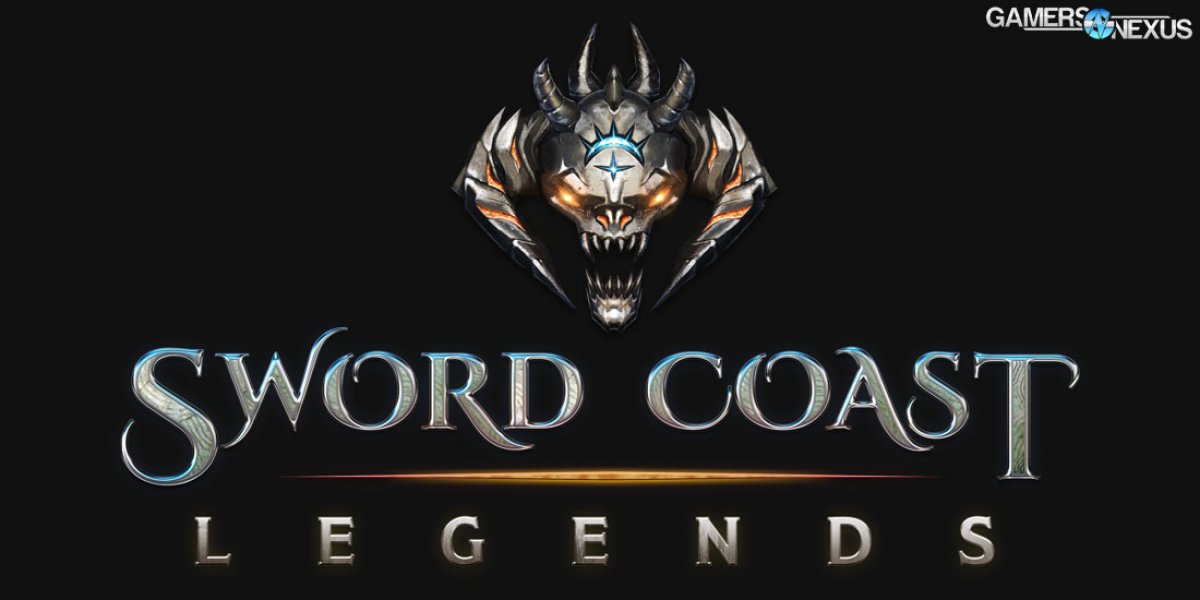 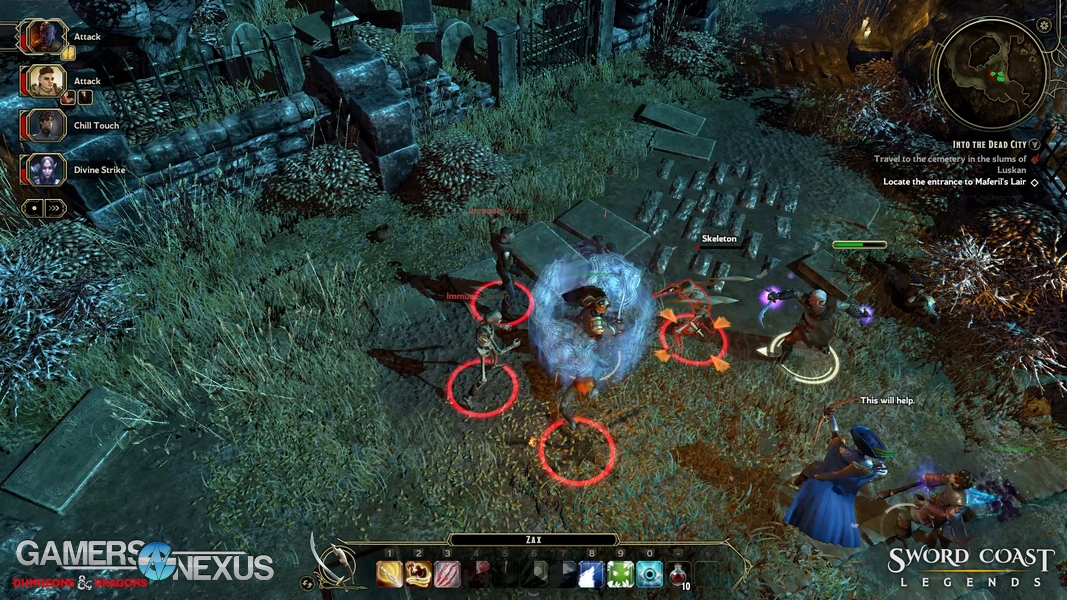 For those unfamiliar with D&D, it is worth quickly noting that tabletop RPGs are generally a collaborative experience. It is the objective of both the players and the DM to build story and enable mechanical creativity. If the player wants to swing on a chandelier to get a bonus modifier to a die roll, the DM has the power to override existing rules to enable that creativity. The DM is not in opposition to the players. N-space calls this “four + 1” co-op, to reduce confusion.

SCL supports up to four simultaneous party members and optionally allows one DM, for a maximum of five users per session.

Player characters can be generated or meticulously created. The usual suspects are present: Multiple races, classes, attributes, abilities, and skills are all present. SCL does what it can to minimize the barrier to entry with the D&D ruleset – taking liberties to digitize the game, in some places – and is aided in this approach by Wizards’ modernized D&D 5e ruleset. 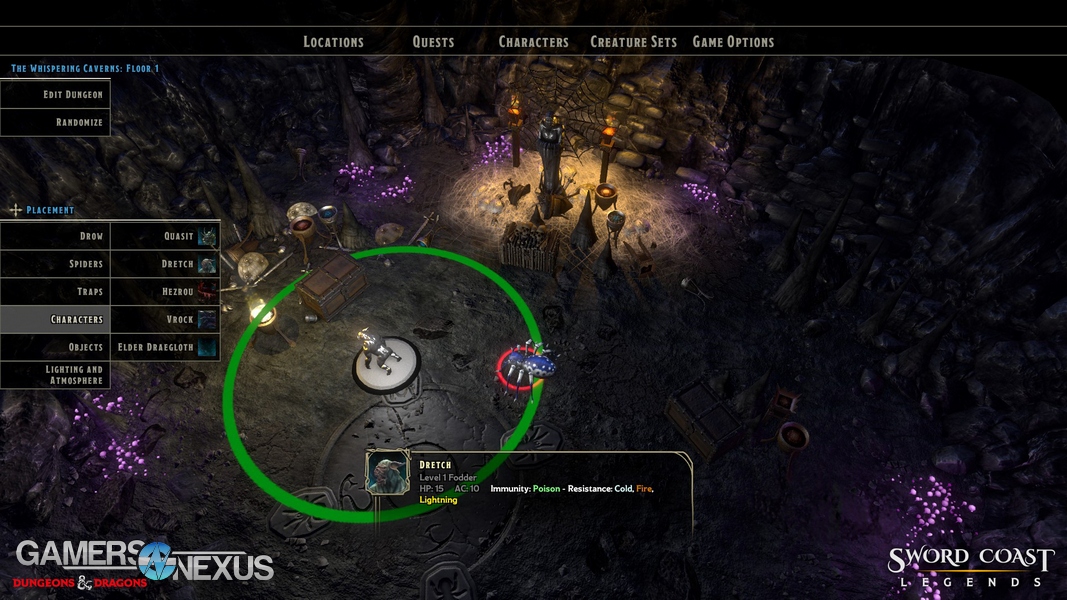 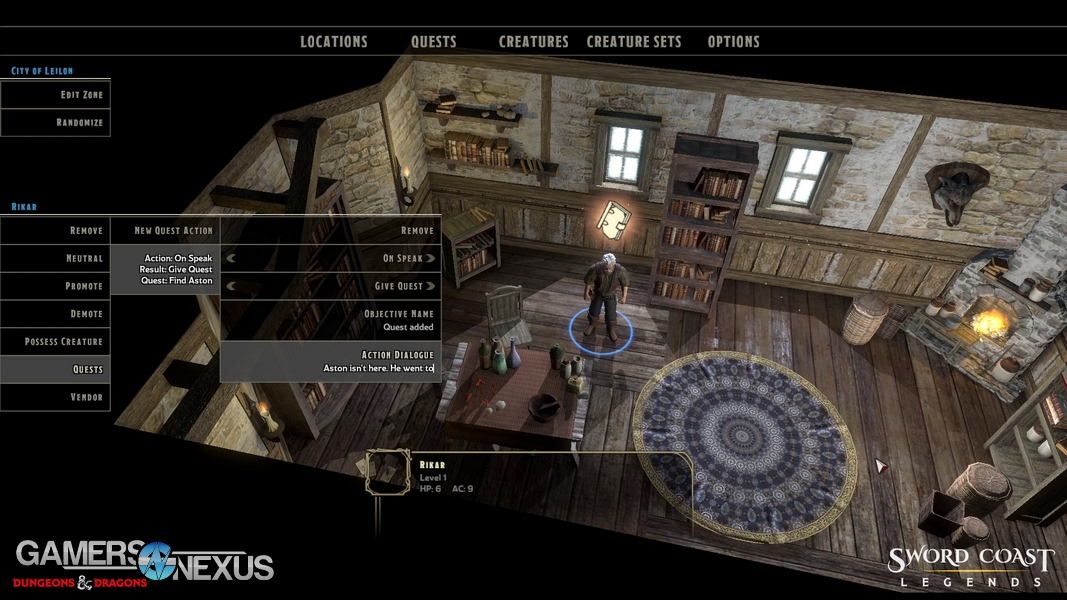 In our demo, player characters were dropped-in to a preconfigured campaign dungeon, created earlier by Tim Schwalk. Tim used the DM toolkit to manually carve dungeon pathing and place secret doors, loot, ambush encounters, and non-combat encounters. This dungeon can be introduced into a grander campaign, something we’ll discuss later.

The in-game DM tools allow modification of existing dungeon modules. Some of the top-level menu items are as below:

Top-level items carry several subsequent menus, building a tree of fairly navigable prefab drop-ins. Each item carries with it a currency, paid for using the DM’s “Threat,” something we discussed with Dan Tudge in the previous video. Threat is a means to dynamically inform the DM of party status – threat is reduced or slowed as the party grows overwhelmed and weak (and tanks as multiple characters begin dying, which definitely did not happen), but threat grows as the DM enables a clean-but-challenging experience.

The DM is represented on-screen to players as a will-o-the-wisp, which offers various colors at game start for some minor level of DM customization. Players are able to see the wisp as it dances across field of view (so if the DM is fixated with a particular character – maybe monitoring health – the players know); vanishing into fog of war will remove visibility to the hand of fate.

The wisp can, interestingly, be completely disabled to obfuscate the DM’s scheming. This adds a level of mystery for more experienced players. 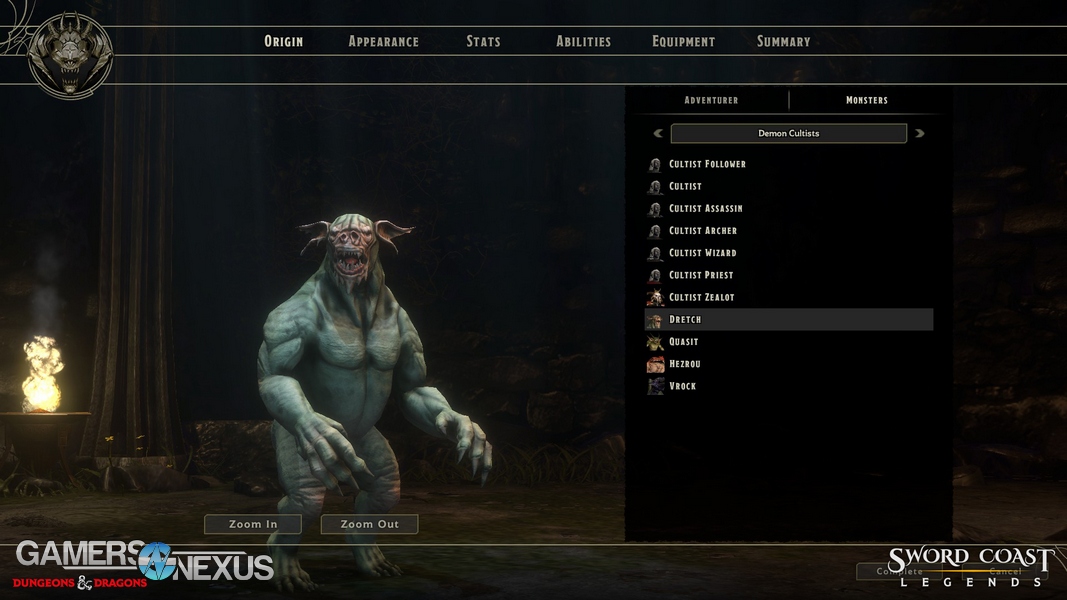 The DM often plays one room ahead of the players, setting-up encounters on-the-fly dependent upon the player experience. Should the DM demand unfettered creativity, the dungeon can be established before the gameplay session is started; this approach removes the “threat” limiter and grants freeform object, monster, and quest placement. Alternatively, DMs and players mutually in agreement that threat should be disabled can elect to do so. In live play, the DM can operate with zero limitation whatsoever, allowing full, freeform object placement at the DM's discretion.

DMs can modify the hostility of NPCs. In our game, a “neutral” Drow was created to serve as an arms vendor. The DM can also configure hostility as “friendly,” creating party followers who assist in combat encounters.

Additional non-combat encounters include creation of quest givers, something we didn’t explore in our demo. DMs will have a suite of quest templates available for quick generation, though the game also allows full dialogue editing. Items can be named for players to study via mouse-over and descriptions can be applied for those who actively search for more. 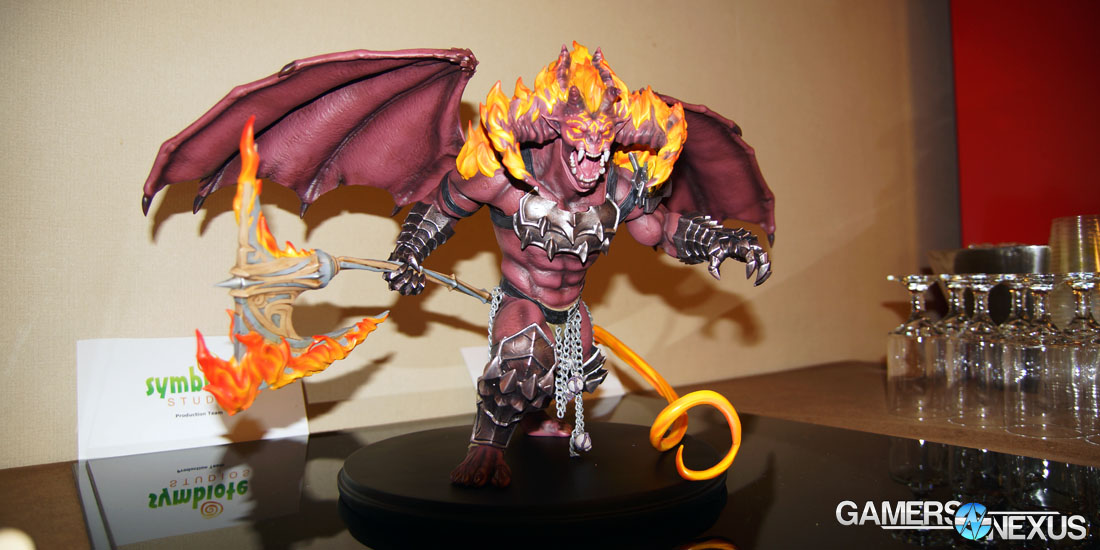 All that described, let’s get to the impressions.

First off, subscribe to our YouTube channel for more of this discussion – I’ll be joined by GN’s Keegan Gallick and Patrick Stone, who played alongside me in this session. We intend to upload video impressions from the team tonight.

The game plays well. Everything felt fairly navigable and the UI/UX has been mostly established. I had a few requests – like allowing item rotation by keyboard instead of mouse (for improved accuracy) – but most were minor. N-space has proven open to implementation of usability suggestions in the past, so we’re fairly confident in the team’s ability to resolve any remnant usability / information conveyance concerns.

The threat mechanic feels fairly sound. Being a new SCL DM in medias res, I found it initially overwhelming to manage dungeon modifications while also monitoring player progression (are they still alive?). Information conveyance was primarily pushed through my Threat meter. This was what I used to determine whether the dungeon was too hard or too easy, a similar challenge faced in the tabletop game. As the DM learns a group, the game’s difficulty will be constantly in-flux until a fit is located. The option to disable threat entirely will aid in removing restrictions on experienced players. 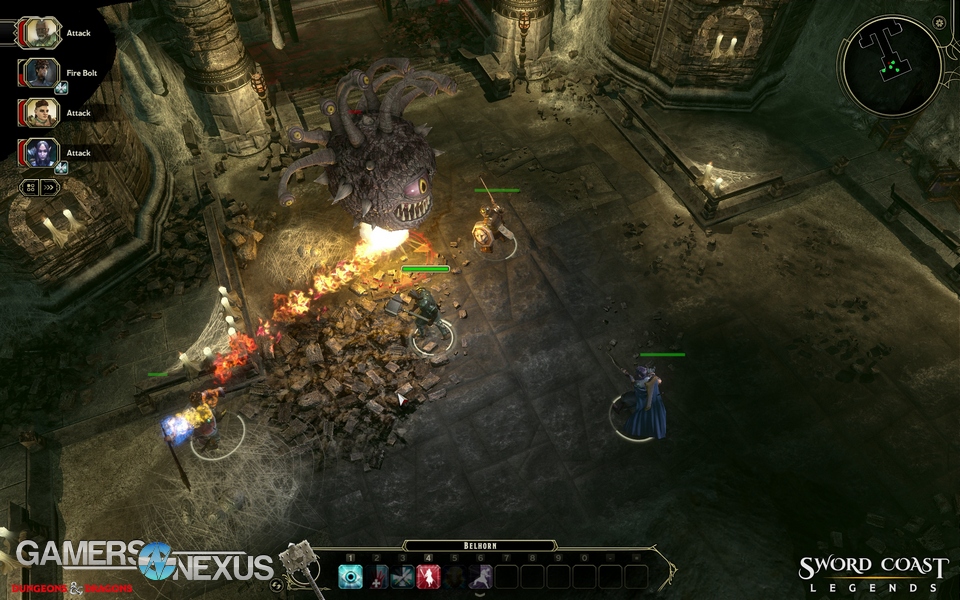 Item placement is fairly detailed and offers versatility of design. Not every module has to be in a dungeon, either – outdoors and above ground adventures are also supported. Active quest drop-ins and monster creation made for an interactive bit of fun for our group, where monsters can be specifically tuned to offer the players a more unique and fun challenge. Hook Horrors, Vrocks, and all the horrors of the Underdark are present and waiting for a DM to recreate Drizzt Do’Urden’s adventures.

As a group, we loved playing Sword Coast Legends. The DM tools are intuitive and the player roles are diversified, allowing everyone a moment to shine. Dungeon management is made easier with UI and information conveyance focus, something that’s not necessarily easy when converting D&D to a video game. It was a limited demo, but we’re looking forward to a deeper hands-on with campaign creation and module management.

We’ll review the game around its release date, which is scheduled for September 29, 2015. The game can be pre-ordered for $35. As always, we strongly encourage research before any pre-order investment. No game is "guaranteed good," and our 30-minute hands-on is far from a full insight. Our later review will provide deeper analysis of the game's performance and playability.

Learn more at the official site.