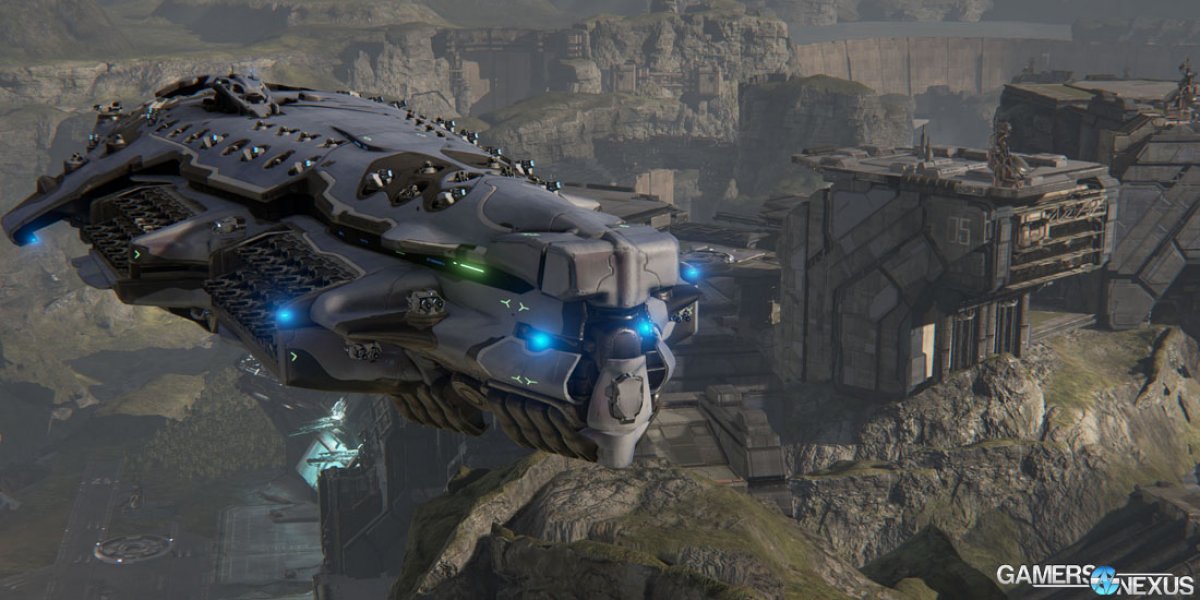 Space games have made a bit of a dent in the industry lately. Between Star Citizen, Elite: Dangerous, Rebel Galaxy, Dreadnought, and others, we’ve seen the industry trend shift toward a revisit to one of the oldest genres. Dreadnought takes a different approach from its space sim counterparts, focusing instead on more FPS-styled obliteration of opposing teams.

We’ve previewed Dreadnought twice now. The first time – PAX South – the game had little competition in the way of other on-site booths, easily ranking it among the best games at the show. We then saw Dreadnought at PAX East about six months ago, where we reported on team elimination gameplay (see: Counter-Strike in space) and remarked that the game had gotten steadily better. That trend hasn’t stopped. Our PAX 2015 hands-on with Dreadnought reveals more gameplay, customization mechanics, and monetization avenues.

The above video spotlights our return to the Dreadnought booth, where Yager Game Director Peter Holzapfel speaks to the game’s ship loadouts, kits, monetization, and more. 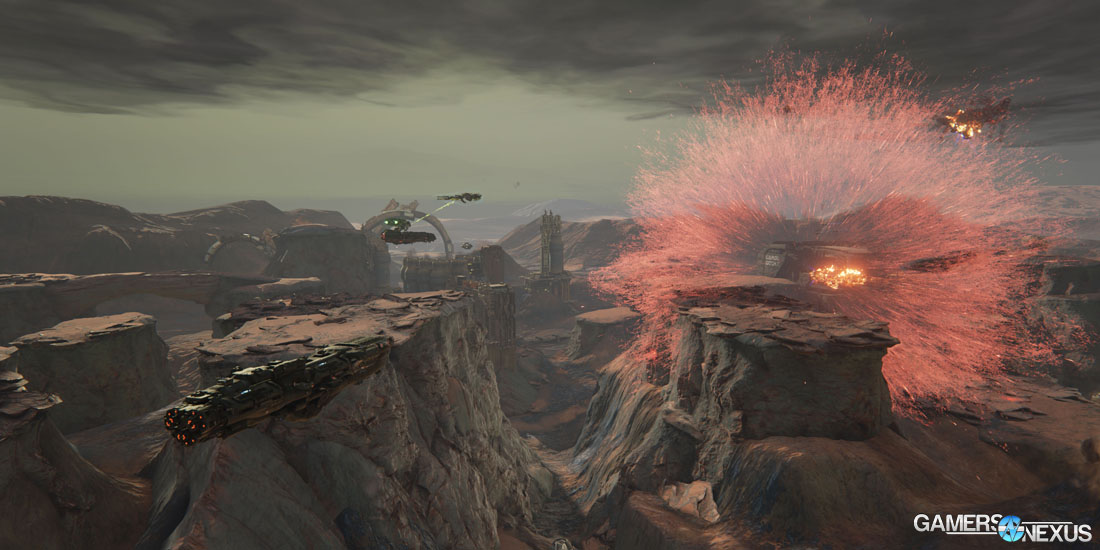 Before diving into the new stuff, we’re due for a quick recap of the game’s core. Dreadnought is (currently) a 5v5 space ship combat game in “Black Flag” style. Players will find themselves maneuvering through asteroid fields and derelict mining stations, more often trying to line-up broadsides and tactical engagements than piloting in a more “space sim” fighter pilot style. This makes Dreadnought more accessible for pick-up play, but doesn’t necessarily reduce long-term viability as an enduring title. To us, Dreadnought parallels the Counter-Strike mentality in many aspects – loadouts, pacing, and not-quite-but-kind-of competitive play included – and does so in space.

Players select one of a number of ship classes to command, ranging from dreadnoughts (massive, slow-moving brawlers) down to corvettes, support, and artillery (snipers). That ship is deployed alongside four team members.

Customization is huge. Given the tremendous growth of the F2P and low-cost markets (DOTA, CSGO, LOL), developers have finally begun to figure out ways to make the microtransaction model work in an unoffensive fashion. For years, it was fair to associate microtransactions with gated play and grindy ascension, but that’s fallen to the wayside a bit. We’ll talk about monetization more in a minute, but it will tie-in with customization.

The game beautifully renders high-poly ship models in a pre-game menu – something to the tune of 100,000+ polys in some of the more detailed ships – and dynamically swaps ship components based upon player kit. Dreadnoughts, for instance, can be equipped with carrier-style fighter hangars or with massive broadside cannons. Changing from the multi-layered row of cannons to the fighter hangars is instantly reflected on the ship model, but doesn’t modify hitboxes or change how players interact with the ship.

Weapons, shields, healing pods, auto-turrets (for anti-air or for auto-healing allies), and other ship components can all be applied; but, as they say, “a ship is only as good as its crew” – which is why they can also be upgraded. Crew members grant passive stat modifiers (bonuses to shields, weapons) to add an extra level of metagame strategy to the match.

One of the major points for Dreadnought is its parallel upgrade pathway, which grants new items based upon match results and experience – but does so in a non-hierarchical fashion. Unlocking a new item does not inherently invalidate previous weapons, for instance, and helps to ensure a better balance between more time-invested players. In theory, anyway.

We didn’t go too deep with functional upgrades in the demo, but spent a good deal of time on aesthetics.

A number of paint jobs can be applied to ships. Customizable colors and skins are added to the base ship model and can be tuned to match a team’s colors. There are plans to make purchasable paint jobs and figureheads, though some will be available through more usual unlock pathways.

Modules with geometry are also available for customization and are purely cosmetic, but change the way the base ship model looks. Captains, which are strictly an avatar representation of the player for post-match rankings, can also be changed for “bling” factor.

The end result is a deeply customizable ship and the ability for teams to color-coordinate, something that will add to the game’s natural fit for live streaming. 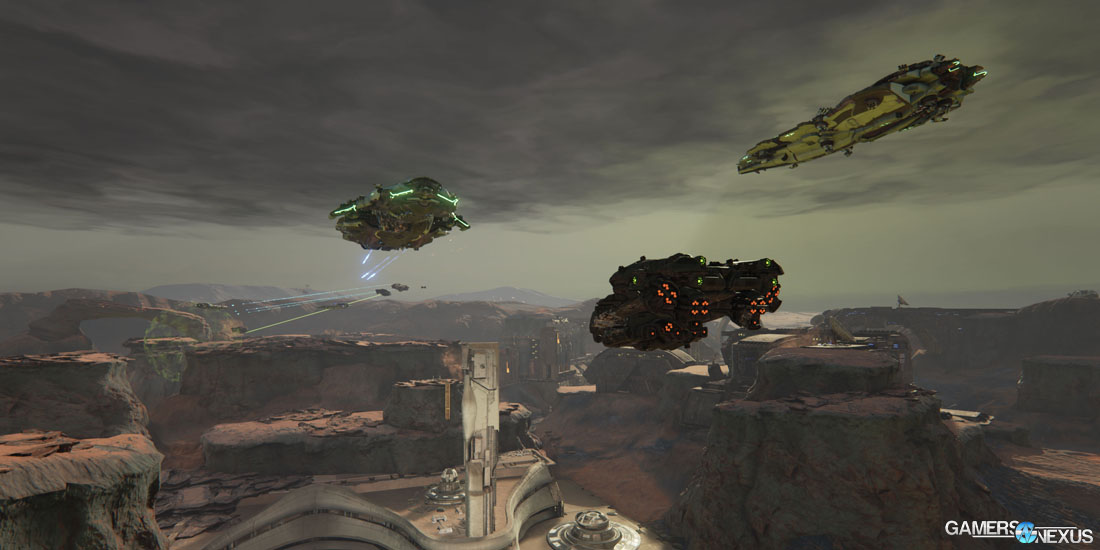 GN’s Video Producer, Keegan Gallick, joined me for this demo. Keegan and I have seen Dreadnought a few times now; we’ve always liked the game and have shared a cautious excitement for it, but felt like the team had really surpassed a milestone for this demo. Talking to Keegan after our above interview with Holzapfel, we came to a mutual agreement: It’s really exciting to watch as the game gets better with each event.

There’s a clear progression of gameplay and technology every time we see the time, which speaks to the group’s competence. Holzapfel’s background stems from Crytek, a comparatively large company that likely trained him for the job of directing Dreadnought.

Dreadnought’s core gameplay has been good for a while now, but substantially improved – in my view – when Team Elimination was added. The game mode feels correct and adds more thrill to the art of weaving and deploying real skill to survive. A focus on parallel progression means that ability unlocks should theoretically not inherently replace their predecessor; this is in opposition to the more traditional hierarchical upgrade trees where new items champion the previous item in the tree. To this end, we suspect that Dreadnought has the mobility to avoid becoming grindy or feeling unfairly balanced.

The biggest challenge the team faces is that, though – balance. Balance and monetization. The team has to figure out for which items they charge (and must avoid the P2W singularity), how much, and how to keep that cashflow going to ensure a long life. As for balance, there’s enough customization that an intense amount of internal QA and/or beta testing needs to be performed for launch.

We genuinely like Dreadnought. The game flows relatively well with the current size of maps and with the various energy allocation (to engines, for one) and warp abilities. Team size feels about right given the current market trend. It’s taken us a few meetings to get the hang of the various ship types, but when the lightbulb finally “clicks,” there’s a great deal of strategic depth to sinking enemy prey.

The art is absolutely beautiful and inspires creativity when modifying a ship’s appearance, something that foreshadows a good future for monetizable customization options.

Players can sign-up for the beta of Dreadnought, which launches early next year, over at playdreadnought.com.