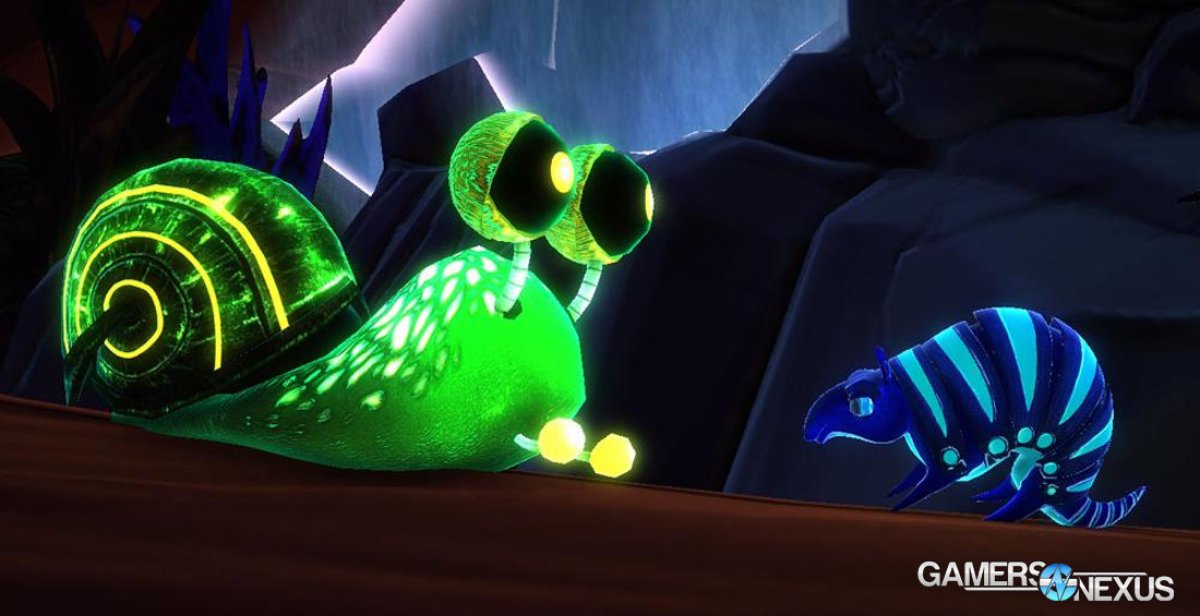 Mekazoo is a 3D platformer with a focus on artistic appeal and fluid gameplay mechanics. Players swap between one of two characters per level (a total of five are available), utilizing various skills to circumnavigate obstacles. Mekazoo can be played with, currently, up to two players in co-operative mode. A “steal” mechanic allows players to swap animals with one another as they progress. Time trials are intended to be a big part of Mekazoo, though are still being implemented.

Mekazoo is being developed by Good Mood Creators. In talking with the team, we learned that the developers’ vision is to create a game fusing 80s and 90s platformers – like Rayman and Sonic – but refreshed for the modern era with 3D and quality art.

“Nothing against the whole 8-bit revival,” PM Mark Naborczyk told me, “but we want to do something new.” 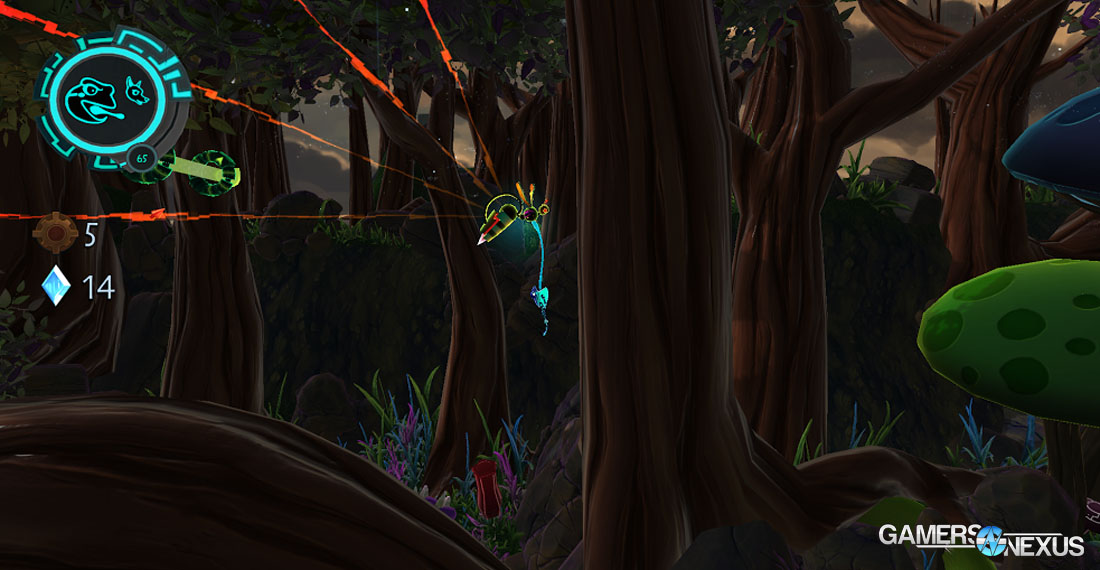 The platformer genre is among the most abused and burned-out by the indie scene, so it really takes something special to deserve attention. Trine, for instance, has a fantastically fun story, beautiful art, and solid mechanics that scale from one to three players. We’ve raved about Trine a few times now. Super Meat Boy is uniquely challenging and more classic in its artistic and story delivery, focusing instead on pure difficulty.

We only had a few moments to play Mekazoo. Until a point at which we’ve had more hands-on with a more complete version of the game, we can only go off of first impressions.

The game does remind me of Trine in a number of ways, though, and that’s a good thing. I picked up the controller and asked a nearby rep “is there anything I need to know about the controls?” While asking the question, I’d run through all the buttons to see what they did. “Nope, you’ve figured it out!”

It’s easy to pick up and play. The input is obvious to any experienced gamer – there’s a unique-to-animal ability, jumping, directional analog, and that’s about it. I did pretty well for a moment, but ran into challenges quickly that forced some thought as to the best method and team member for solving the problem.

The selection of animals makes for a wider, cute appeal to more casual or younger gamers, but doesn’t remove from the experience for those of us who’ve been around the industry for a while. A wallaby hops, a frog uses its tongue to grapple, the panda can climb and smash walls, there’s a pelican that flies, and an armadillo is effectively a Sonic equivalent. Familiar objects present themselves early in the game: pinball deflectors that we grabbed on to with the frog, banked, vertical walls that demanded speed to slingshot through, flying enemies that get bounced off of, and so forth. It’s all very familiar – which is good for an established genre – and is dressed-up with a beautiful aesthetic.

The gameplay felt good enough, but we won’t comment on its ability to endure the promised ~20 hours of content until we’ve got more of a hands-on with the title.

For now, though, Mekazoo is worth paying some attention.