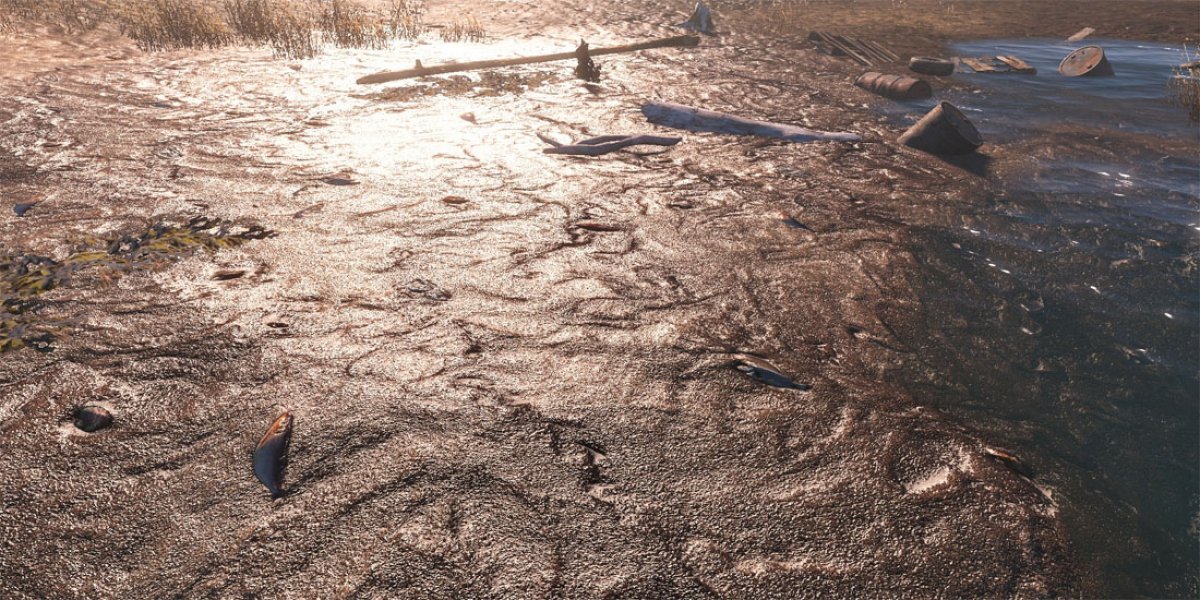 The video below shows all these mods in action! 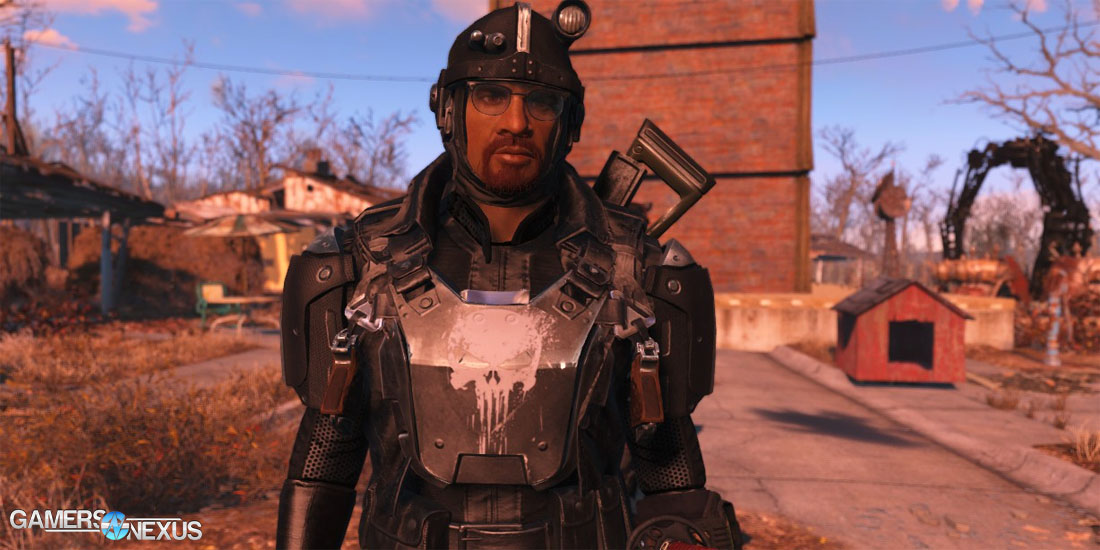 Armorsmith Extended alters Fallout 4’s armor system by expanding what can be worn together, how armor can be modded, and adding new craftable outfits. Using Armorsmith Expanded, every outfit can be worn under armor pieces; the clothing modding system is redone with four different types of mods (lining, outfit add-ons, headgear add-ons, gloves, and eyewear), bolstered still by new craftable outfits.

Some of the new craftable outfits include Dogmeat armors, hats with hair, headgear, gloves, a working jetpack, and more. Clothing items are also rename-able. The ability to wear any outfit underneath armor in particular allows for more character specialization, as Fallout 4 is normally fairly limiting in what can be worn under armor. The mod further optimizes slot usage (what parts of the body are covered) for vanilla clothing so that it uses the least amount of slots needed to work. 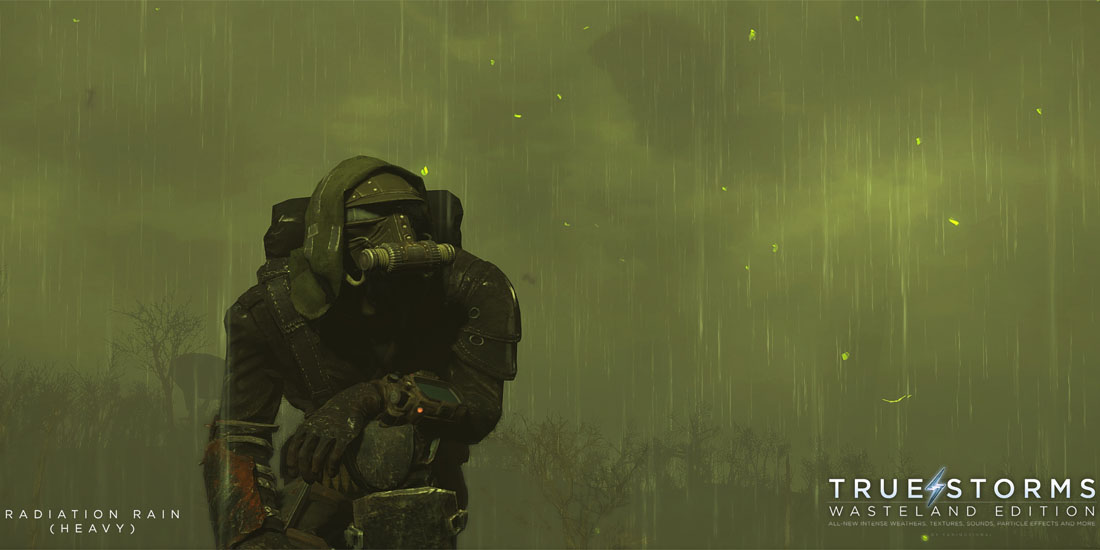 True Storms features new weather types such as fog, rain, dust storms, and misty rain, all of which – except dust storms – feature both heavy and light versions. These new weather types, along with the improved sound and rendering, help to add some more variety and realism to the sometimes dull Commonwealth. Finally, True Storms - Wasteland Edition allows for editing of the radiation strength of the Glowing Sea up to 48 rads/sec. 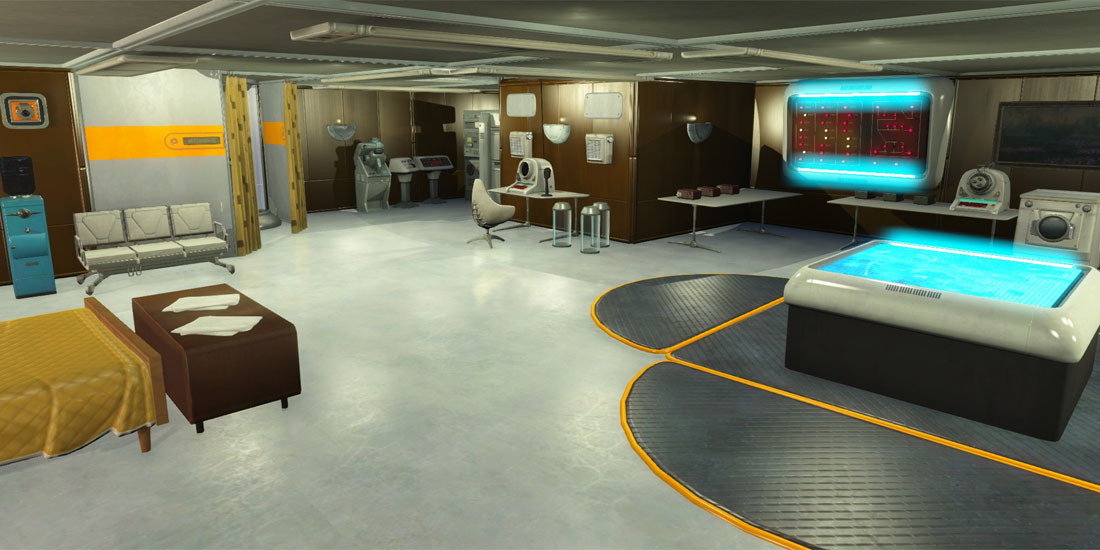 Settlement creation is a unique feature of Fallout 4 in comparison to previous Fallout and Elder Scrolls games, but Bethesda only allowed certain objects to be placed in settlements. To add some variety to settlements, Homemaker - Expanded Settlements adds over 800 placeable objects for player-made encampments. With this mod, cars, new doors, working street lamps, refrigerators, working lights, greenhouses, institute monitors, and even prefab buildings -- like lighthouses and radio towers -- can be placed in settlements. New farmable crops and subsequent planters have also been added.

For some more variety in defenses, many new fences and barriers are included, such as Gunner barricades. Supporting modifications are made to Fallout 4’s category system to make it easier and more efficient. 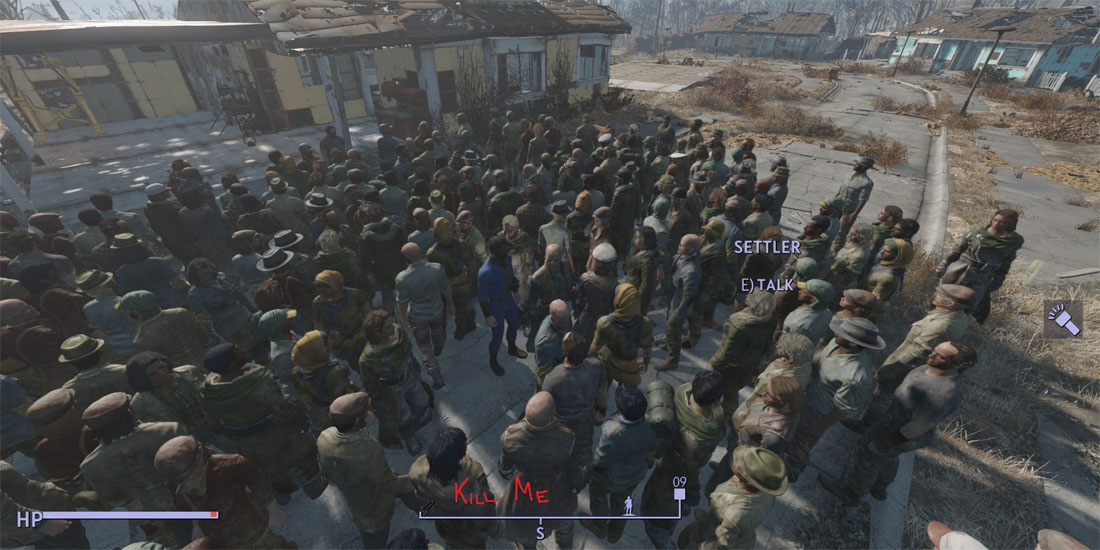 Regardless of its somewhat plain name, this mod is a “must” for those wanting large and powerful settlements. Bethesda’s item and population budgets severely limit settlements and prevents players from creating the sprawling cities that many envisioned. Increased Settler Population with Infinite Settler Budget – not a catchy name – fixes this by effectively removing the population and item budgets Bethesda defined.

Note that settlements are already somewhat buggy at default limits and going beyond these limits will generally exacerbate said problems. The mod creator says that players may have issues “assigning jobs and whatnot.” That being said, the ability to make impressive settlements seems worth some bugs. 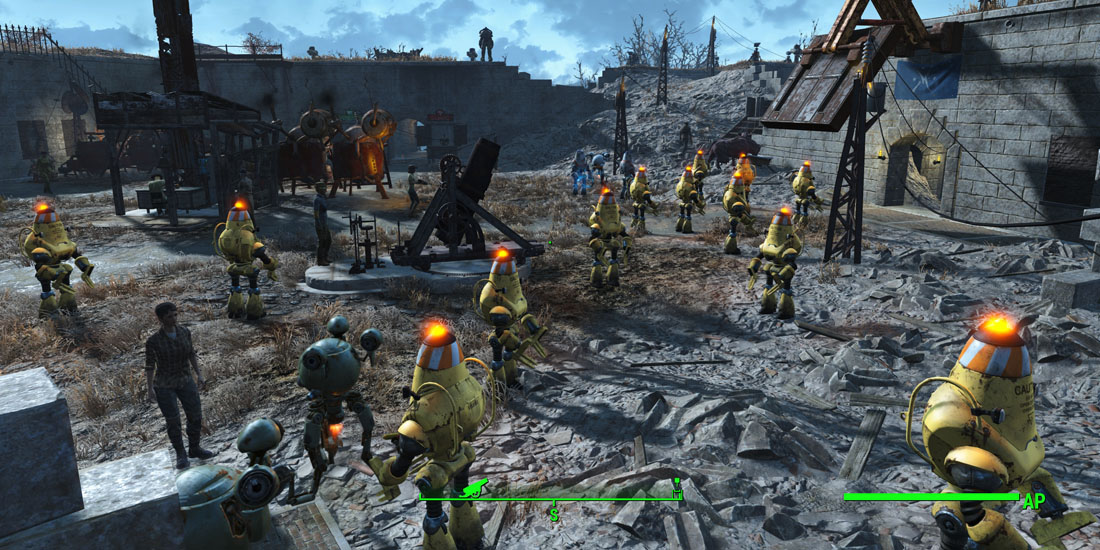 Hostile robots are practically a staple for Fallout games, but despite being able to create automated turrets for settlement defenses, robots can’t be made. And that’s a problem. We like robots.

Robot Home Defense fixes this by allowing all the Protectron variants -- Sentry Bots, Assaultrons, Mister Gutsies (and variants of him), and synths (only first and second gen) to be created to patrol and defend the settlement. More fun than this, they can be ordered to escort the player, effectively allowing for infinite robot companions – a robot army. Many of the robots have other uses in settlements though, such as scavenging or raising happiness. Or ruthless murder. 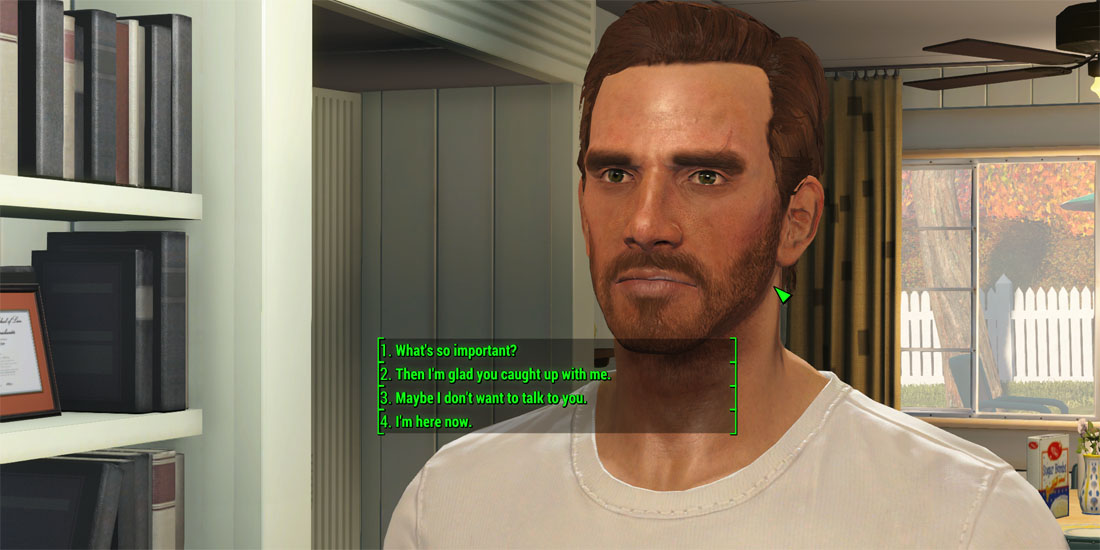 Fallout 4 introduced a new speech system in which the player’s character actually speaks, but there are only four paraphrased speaking options. The four speaking options may not be easily fixed, but the Full Dialogue Interface mod replaces these paraphrased responses with the full lines spoken by the player. It also allows for gamepads and numbers to be used to easily select a response. For those who don’t speak English, there are also multiple translations for this mod. 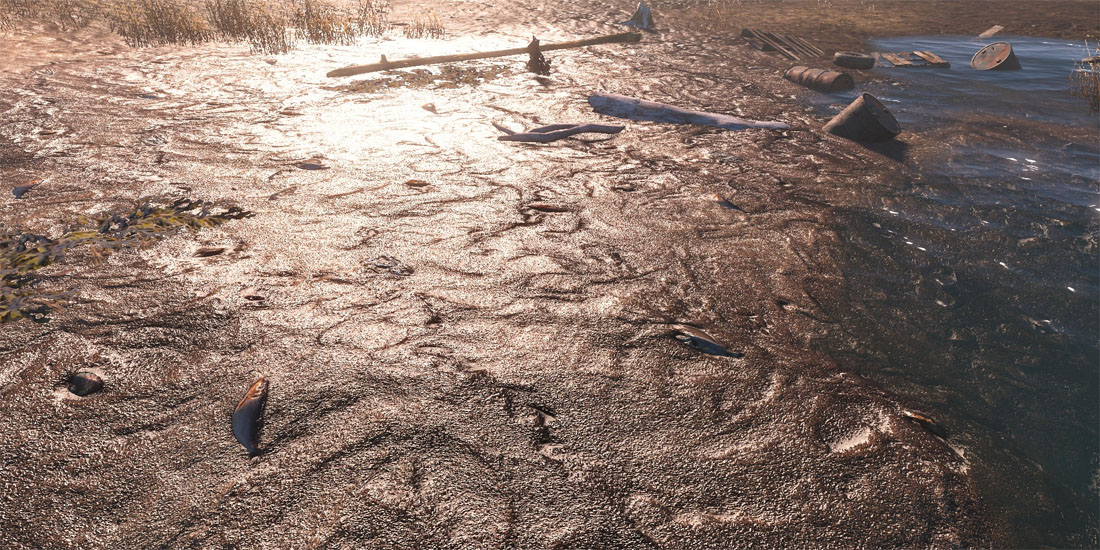 Fallout 4 certainly improves upon previous Fallout games’ graphics, but its textures are often VRAM heavy, and some aren’t even impressive. Vivid Fallout - Landscapes seeks to fix this by redoing many of the game’s textures. There are multiple choices, including higher and lower quality (more performance-oriented) textures compared to the original to choose from. For most though, the “Best Choice” version is a healthy balance between performance and image fidelity, and should perform better than Fallout 4’s original textures. Those with high-end PCs may want to try the 4K textures, although they will generally heavily hinder performance. On the other end of the spectrum, those with low-end PCs may want to try the Best Performance version. Check our Fallout 4 benchmark for more on this.

The mod order I used (without issue) is:

Fallout 4 improved significantly upon many of the faults of Fallout 3 and New Vegas, but like almost any game, it has its flaws. These mods help to improve some of the noticeable and annoying issues that Fallout 4 suffers from, and improve upon the features it already does well.