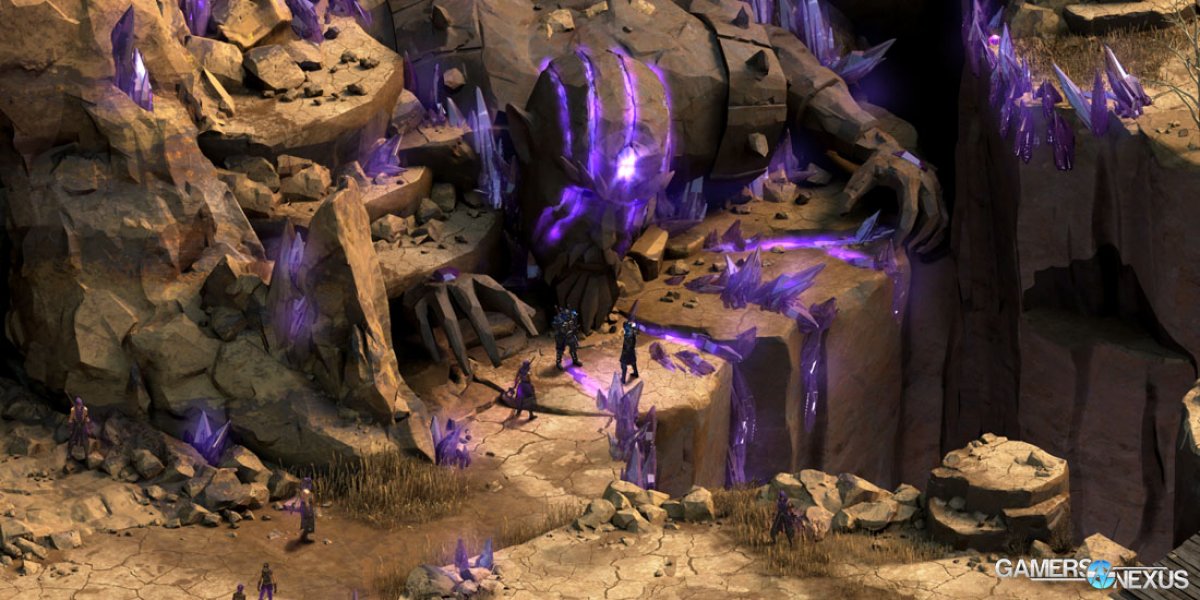 (Above: Tyranny teaser trailer, gameplay discussion with the team; below: Tyranny screenshots & preview.)

In our discussion with the Obsidian team (video above), we were told the following of the story layout:

“We wanted to go with a different style of RPG than we've made in the past. We really wanted to focus on story in a world where evil had won. That's where Tyranny is set – you're actually a character who is part of the army that conquered the world under the evil overlord. Your choices in the game affect how that develops further: Do you embrace the evil? Do you enjoy that experience? Or do you try to maintain your own integrity and be a hero in a world surrounded by evil people?”

“[The world, Terratus] basically started out as various kingdoms and warring factions. The evil overlord saw all this chaos and decided that the world would be better if everyone followed the law – his law.”

And so the Evil Overlord gathered his armies, set forth across the land, and conquered all to see. 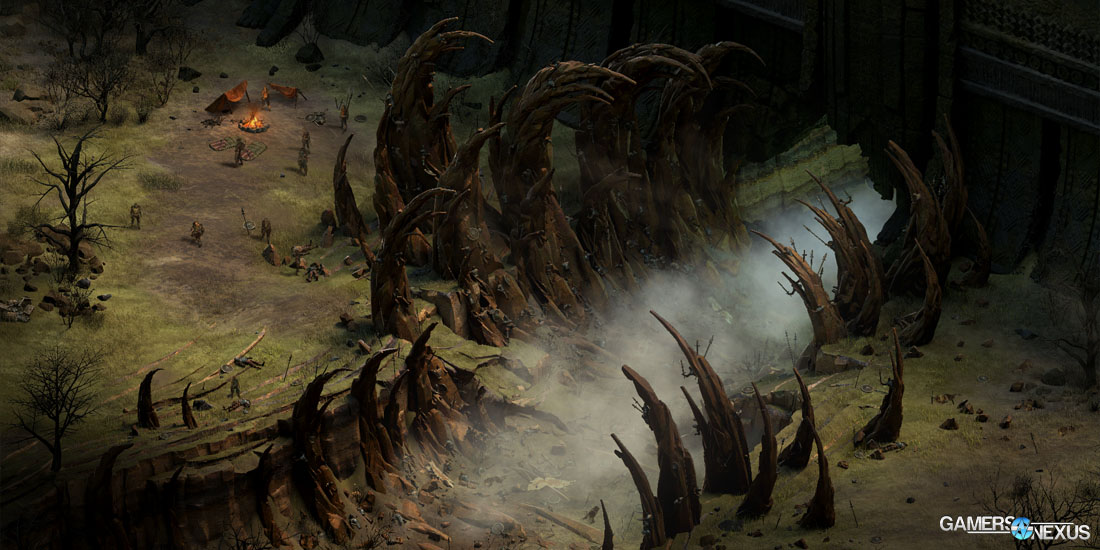 (Above: We found Tyranny's art style -- particularly its pastel colors and soft texturing -- to be cohesive and appealing.)

A significant portion of the game is rooted in this idea of warring factions, too; like with other Obsidian titles, players must carefully choose allegiances. Decisions made with one camp will grossly impact another, and could lead to the destruction of cities, sundering of landscapes, and rise of new, powerful faction leaders. These are things we witnessed briefly in our demo – it's not just “design speak.”

Mechanically, Tyranny uses the same engine as Pillars of Eternity for the foundation, but introduces a new classless approach to RPG characters and promises spell-crafting mechanics. “Classless,” in this instance, means that the game's progression is founded upon “use-based skills” – the more you use them, the more they advance. There's no predefined class which encompasses a particular skillset. For players who'd prefer non-combat approaches, Obsidian is ensuring that characters aren't left behind in leveling by continuing to grant EXP for all approaches to problem solving. Skills can still be used for dialogue and out-talking rivals, rather than out-fighting them. 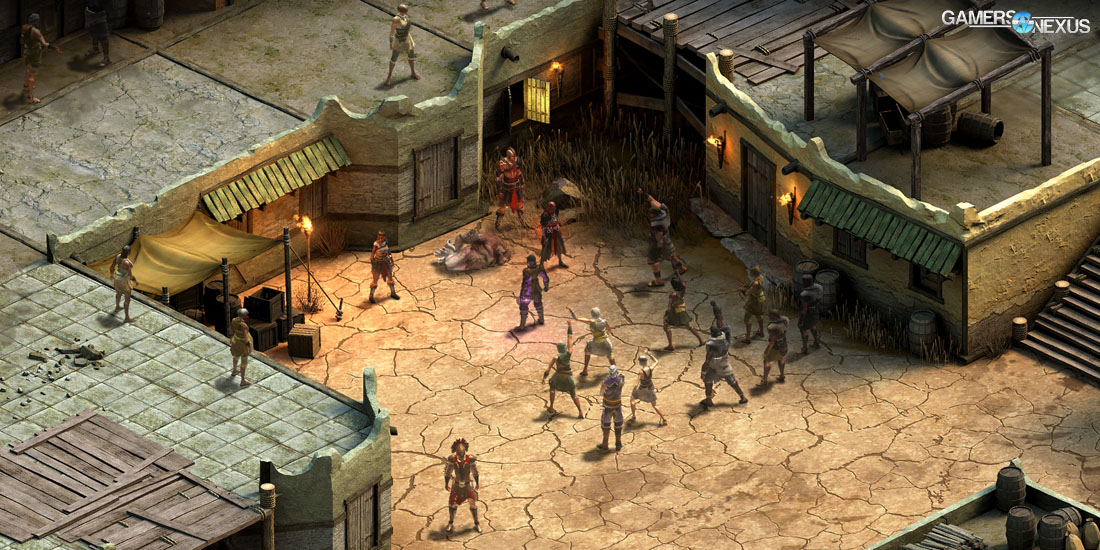 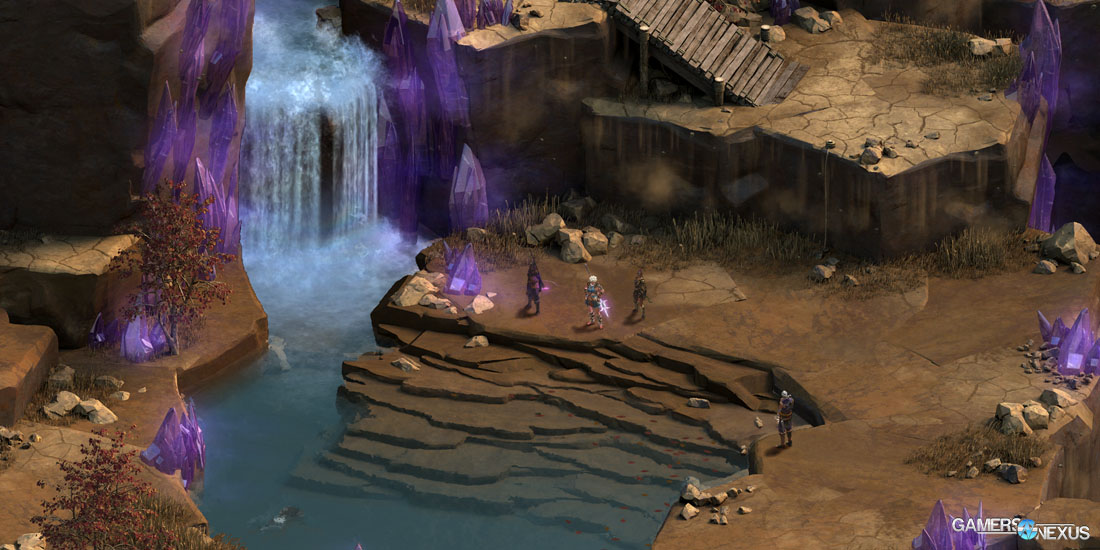 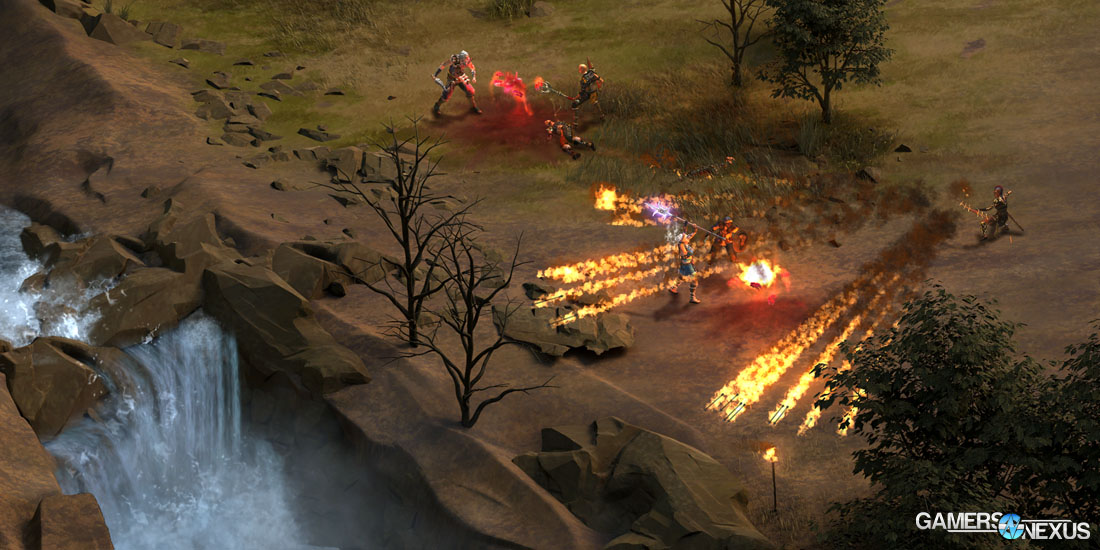 But combat is always an option. Similar to other RPGs of its unique sub-genre, Tyranny uses a real-time-with-pause combat system. We're told that the game has advanced player-side AI which will intelligently choose actions unchaperoned, for players who prefer macro-level play without interruption. Micro-level play is also possible, with unlimited pausing for players who find joy in mapping every command and securing clean-sweep engagement victories.

Reputation is built in “Favor” and “Wrath,” and favors are – as in political games like Urban Empire – exploitable for personal gain in the future. Wrath builds factions against the player, ultimately causing splinters in alliances and empowering forward-looking strategy. The Wrath and Favor systems feed into the changing of the landscape as wars end or begin.

Learn more about Tyranny and Terratus, its world, in the above interview. More coverage to follow as the game iterates. The game is vaguely due in 2016. Tyranny is published by Paradox Interactive and developed by Obsidian Entertainment.