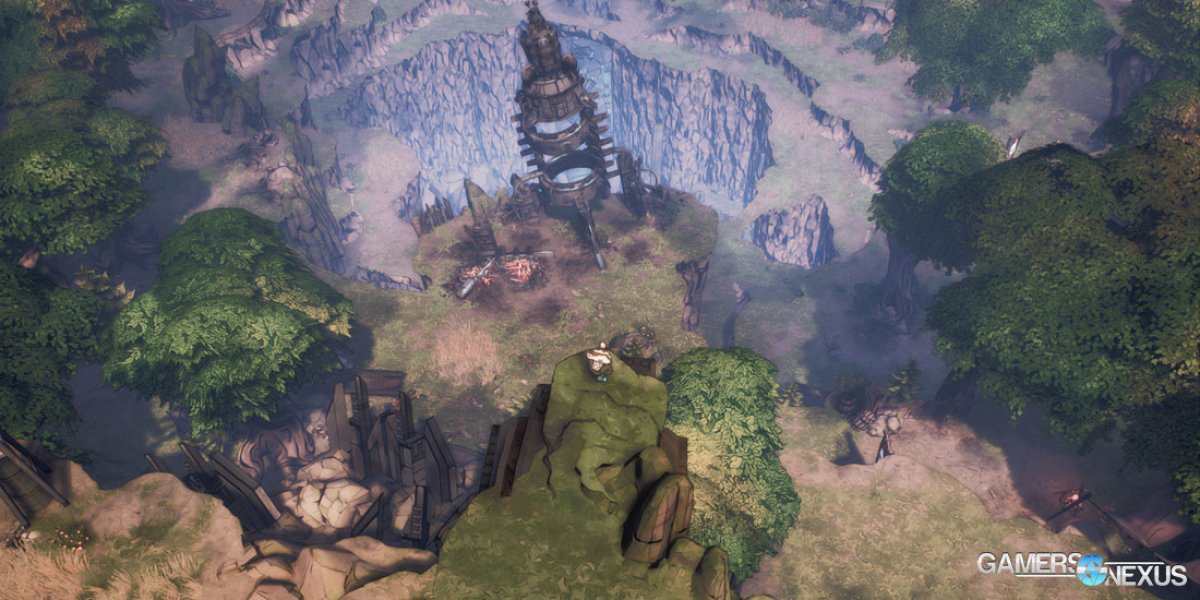 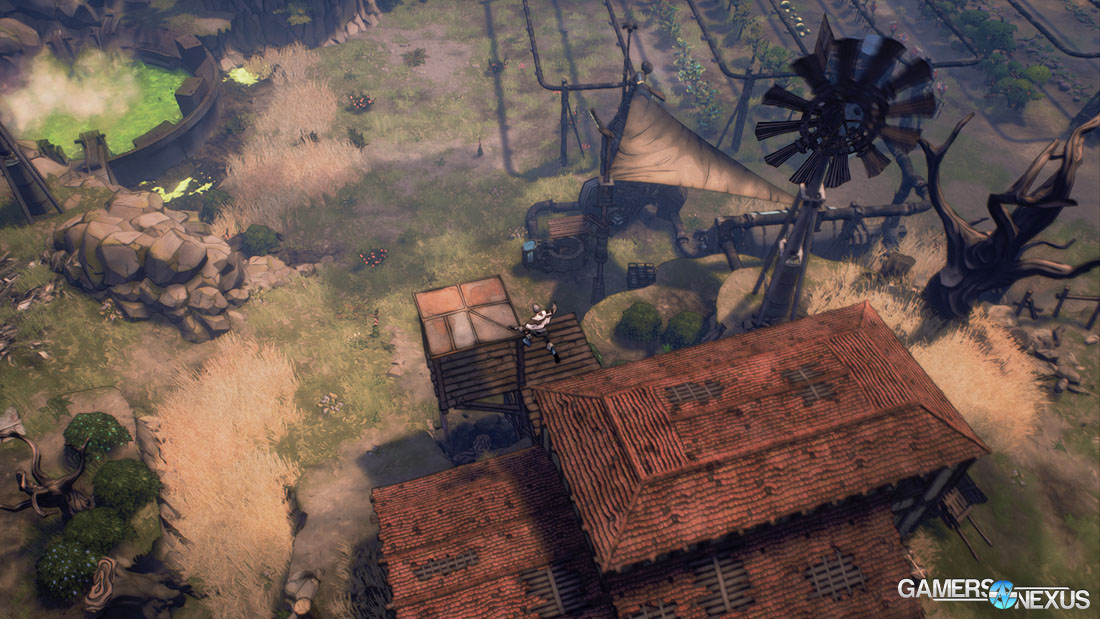 Much of how the game is played will be decided by the player’s choice of gear. Gear is acquired mainly by killing and looting, but there are other acquisition methods as well. High-powered offensive gear was used in the demonstration, and there was mention of stealth gear and heavy armor for strong defense. Noting that there may be specific situations to use different sets of gear, we questioned if there would be some sort of storage or cache, and Rokosz responded by telling us that there would be what he called a “safe house.” The lead didn’t clarify how many of them there would be or if there would a way to get to safe houses rapidly. In the demo, Teriel has a limited inventory with item use slots and gear slots (inventory/gear size is still being determined – as is an encumbrance system).

This is a class-less RPG (see also: Tyranny). Your actions are, again, bolstered more by gear choices than by some chosen-at-start class structure. 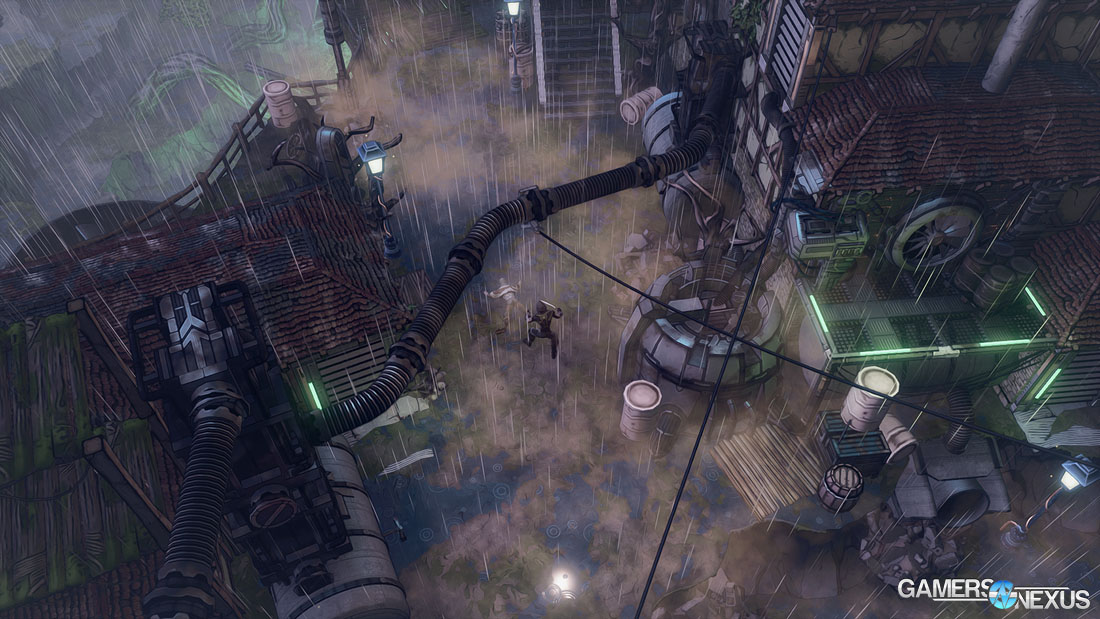 The world is a “nonlinear sandbox” where players have “the ability of free-traversing obstacles, of any height – horizontally and vertically.” Players have control of the camera and movement throughout the environment was surprisingly free for the traditionally linear isometric design style. The world and the characters within it have a major role in how the game is played. Weather, time of day, and terrain can all help or hinder Teriel’s ability to move about undetected. The NPC vision and behavior are also affected by weather, terrain, and time – the weather being the most interesting. On a rainy night, a guard’s range of vision will be much different than a sunny day. Rain is determined by a weather system that's governed by seasons – rainy and dry seasons, mostly, but we're not sure if other seasons will appear.

Terrain elements – bushes, trees, large rocks – can be used to enable stealthy movement when using crouch, and climbing can also put the player out of sight (buildings, large obstacles). All of these factors should be taken into account when attempting to complete the assigned missions. 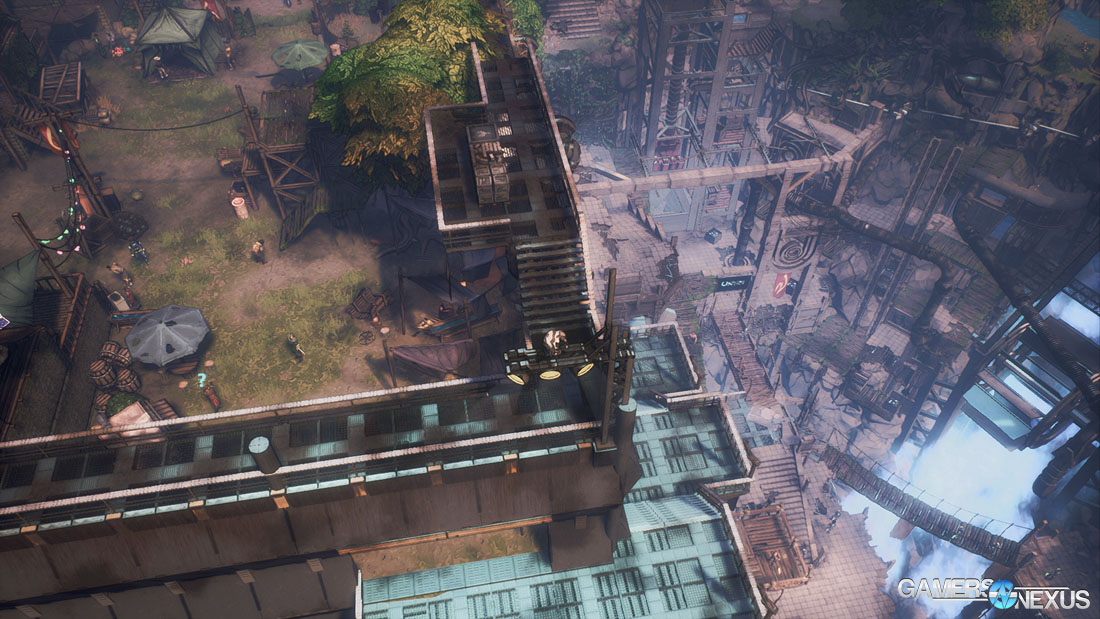 Teriel begins his journey in the prison/mining town of Peh. Each interaction with characters during gameplay is logged in a database so that player actions have an impact as the story progresses: Teriel will have to deal with his demon Artanak, townspeople, guards, other military, and different types of magic wielders, and each interaction is recorded for future reference. Teriel will move from zone-to-zone by either acquiring a required tracking passport or by sneaking and tech-hacking his way through security.

Magic and crafting are also underway, but we don't yet know the full extent of their features. Magic-using NPCs consist of Biomancers, Technomagi, and Wild Mages, and they can be friend or foe during the campaign. Teriel can learn some magic and use items for technomagic, like an eye item that enables wider 'peripheral' vision on the screen. As for crafting, the only hints we were given were that there would be engineering skills that contribute to construction of items like drills, potentially used to break through locks and create possible gear improvements. The Seven team hopes to release more information in a few months. 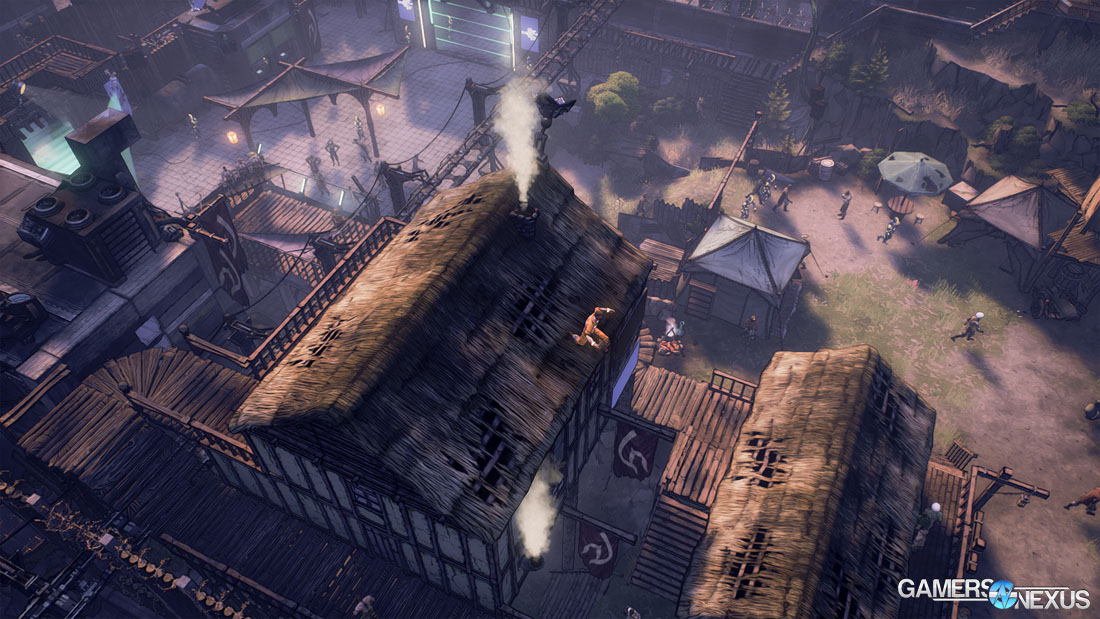 The audio in the demo was much like what is already observable through the trailers on YouTube and SoundCloud samples linked from the game’s website. The music and sound are being produced by Arkadiusz Reikowski and Marcin Przybyłowicz, who seek to “catch the vibe of the world the game is set in;” from what we’ve heard so far, the music is captivating. The action sounds will probably meet most players’ expectations, and they do a good job acting as auditory cues that accompany the visual actions of the game. It won’t be too surprising if the sound effects have some improvement when the final product reaches market.

During the demonstration, we used an Xbox 360 controller and the dev team provided us with a laminated, labeled layout of the controls on the table so we could mentally map the actions more rapidly. The game didn’t take too long to get used to on the 360 controller, but we can’t help but wonder if it could be more enjoyable with a mouse and keyboard.

Rokosz and the team want to create an RPG in which the player truly has the “freedom of choice in how you play.” After experiencing the demo, we believe they’re definitely moving in the right direction in order to accomplish that goal. That being said, while the game was clearly playable and the demonstration seemed well-built, there still appears to be a lot of work remaining. Fool’s Theory wouldn’t give us a specific launch date, and we’d be optimistic to think that the game would make its release in 2016, so we believe it’s more likely to hit download sites in 2017.