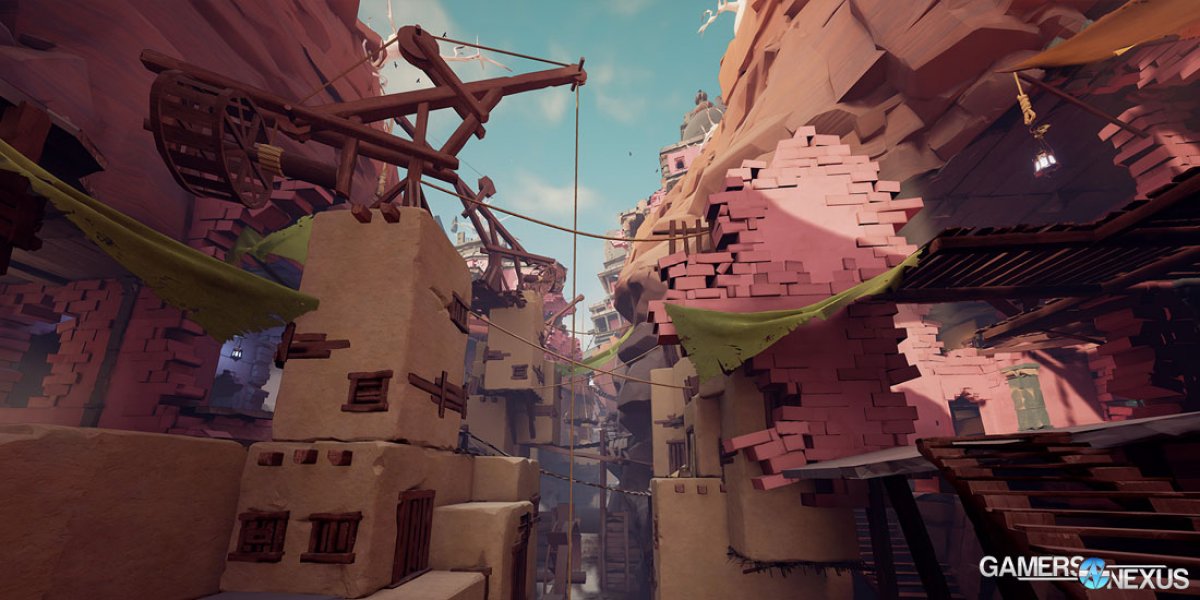 Mirage's beating heart is a transplant from Chivalry: Medieval Warfare, a medium-paced slugfest with a focus on “telegraphing” attacks; that is, using cues and information conveyance to inform players of their competition's next moves. It's a boxing match, in this regard, and Mirage takes that same core principal (though that's not to say battles are limited to 1v1 – most certainly not the case). With Mirage, there's magic and a large focus on ranged attacks, though all classes but the Alchemancer offer melee options when situations demand. The ranged attacks each have different speeds, ranges, and arcs, and that steepens the learning curve considerably when compared against more “normal” ranged combat games – most often involving bullets that hit targets effectively instantly. There is a great deal of real-time tactics behind Mirage gameplay. 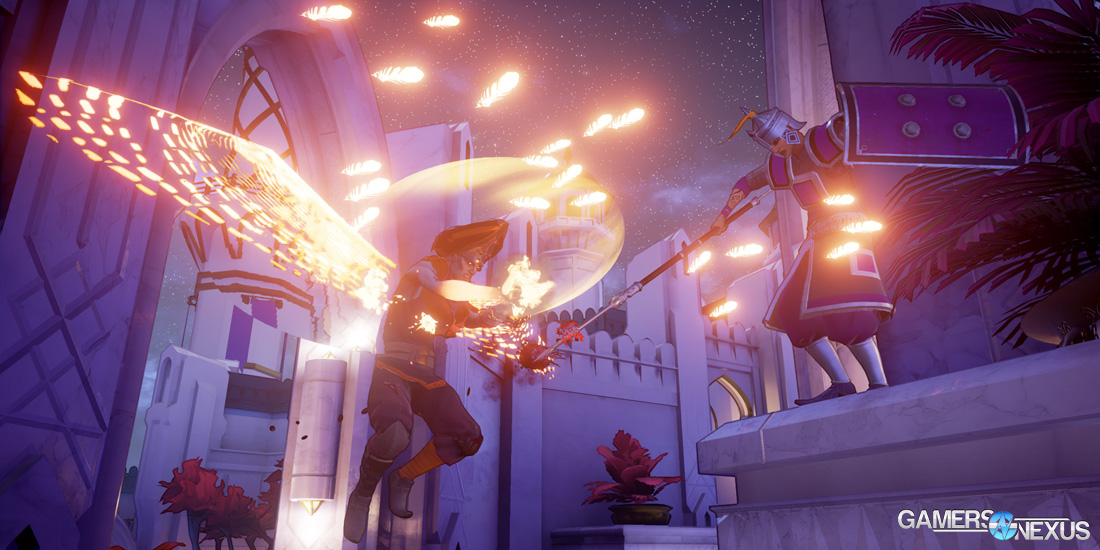 Mirage is far from a “twitch shooter.” We learned quickly that there's a focus on being careful with actions. Over-extending or taking one swing/spell-blast too many can cost the battle, exposing the character to the well-placed riposte. Positioning and movement are also important, especially given the level design focus on using obstacles or vertical elements for advanced-level tactics.

Classes also feel unique. There's little overlap between each class, which incentivizes switching as situations dictate or as experience grows. Each class runs three core abilities (sans base attack/block) that can be progressed and changed as players advance. Most classes have some form of teleport/charge that lends itself to expeditious retreat when engaged in unwinnable melee (or to engage in winnable melee), a situational ability, and a damage-focused ability. Both of our editors had fun with the Tinkerer class, who uses alchemical bombs to create a slight knockback and inflict heavy damage. The Alchemancer offered a damage-intensive mage, but felt a bit “squishy” in the melee engagement department. Each class has an entirely different playstyle; the natural trend, we think, will be for players to find classes that fit their approach to games more acceptably, leaving other classes unused. The best, of course, will switch as situations dictate.

All the moves and engagements felt weighted and calculable. This helps pick-up controls somewhat quickly, but also helps with determining what the enemy is working on next. A minimalistic UI encourages this in-play approach to information, and is both a “pro” and “con” to Mirage – but entirely in a subjective fashion. If you're more dependent on a strong UI or prefer quicker-paced play, this might not be the game for you. 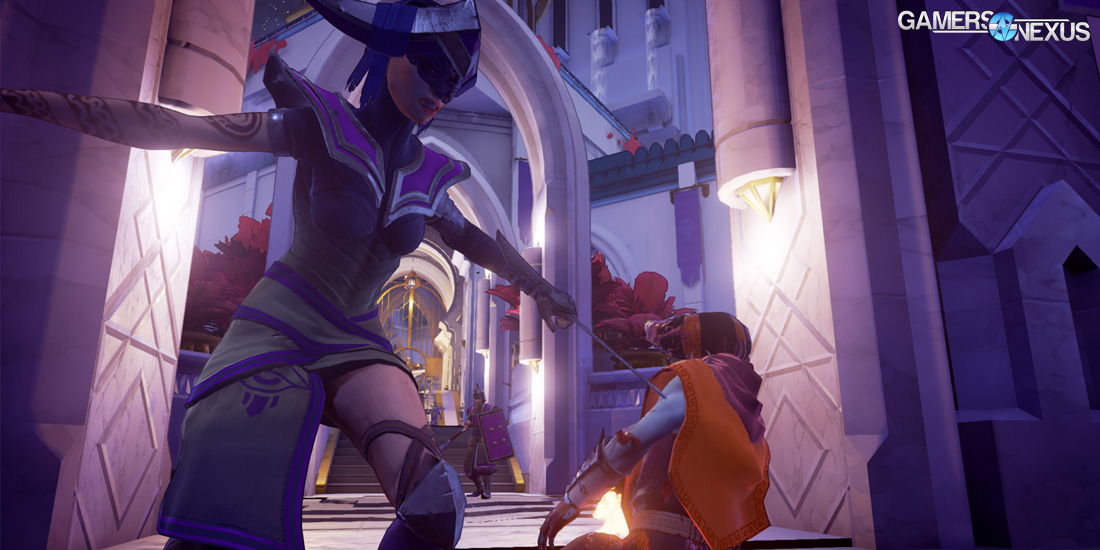 Color palette and art were discussed in our previous content, where we stated our strong support of the team's artistic direction for Mirage.

The Team has Grown Tremendously 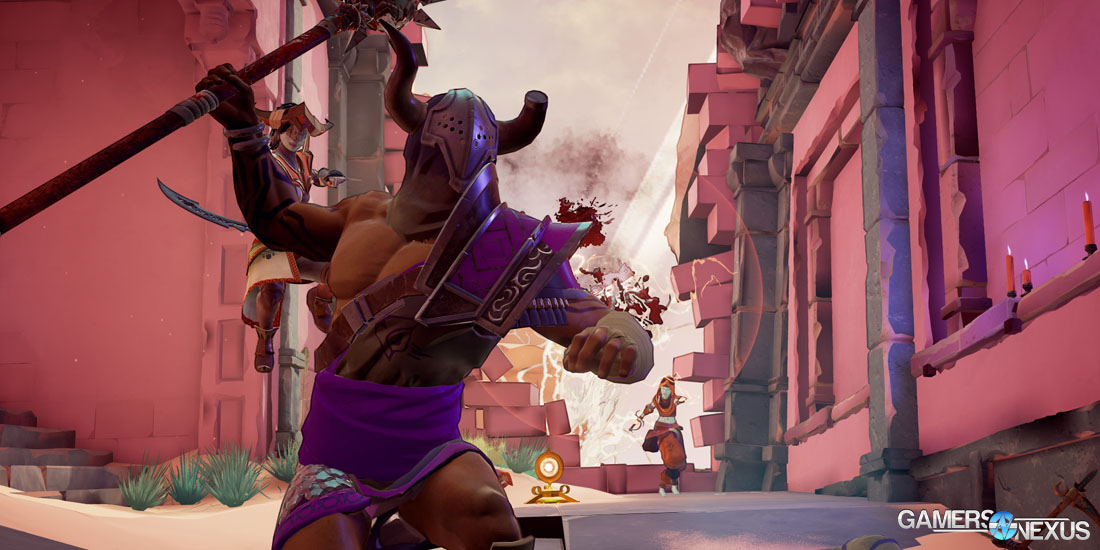 Our site started roughly around when Age of Chivalry first launched – the mod, not the full game – and was actually one of the first games we covered. Since then, the team has grown not only in professionalism and employee count, but in skill. Specifically calling-out level design, we've seen increasingly interesting maps created with well-placed choke-points, multiple paths to success, strong information conveyance to ensure players don't get lost, and fairly one-to-one matches between teams.

Mirage: Arcane Warfare is the culmination of years of learning for Torn Banner, a studio which seems to have hit its stride with Chivalry: Medieval Warfare. We're curious to see where they take Mirage.