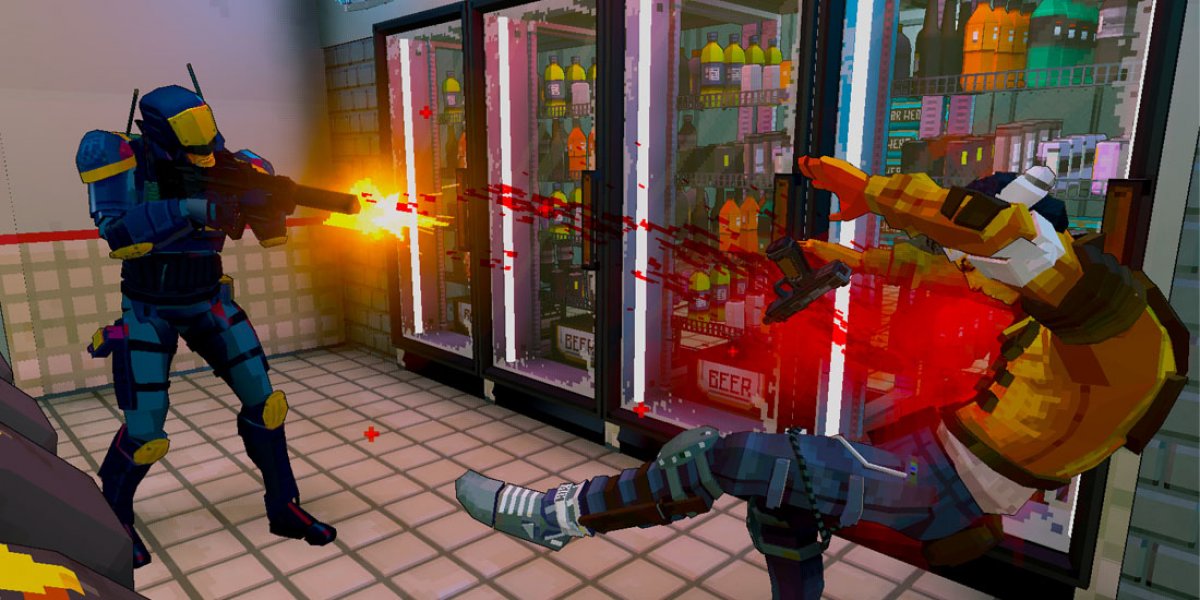 The current, early pre-alpha version of the game is still using place-holder graphics, but still stands as a proof of concept for Due Process. The Unity engine game is built around a somewhat familiar (but updated) attack-defense system. Planning is the key stage to Due Process’ attack/defense approach to gameplay, when the first minute or two of each round allows each team to draw-out their plan on a minimap before “execution” begins. With no surprise whatsoever, a sizeable amount of the planning period revolved around players drawing phalluses -- like Wolf Blitzer with a giant, new-fangled touchscreen -- that serve as a means to remind us that the internet never grows old.

This aside, the drawing did allow the teams to coordinate a plan of attack or defense. The other major function of the planning phase is allotting equipment. This is most important to the attackers, who have the largest variety of gear available to them. But other than guns and ammo, gear does not replenish between rounds. If you use all your flashbangs in the first round, you can forget about them afterward; the same applies for frag grenades and the door-breaker explosives. This gives matches in Due Process a heavy dose of game theory “will-he-won’t-he.” 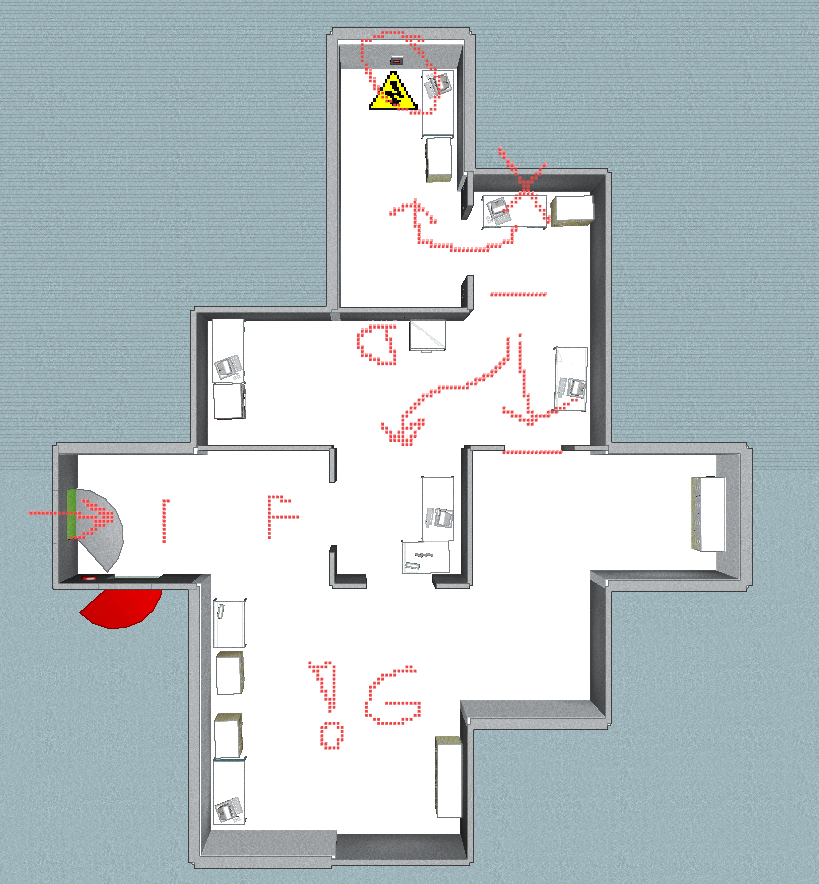 The version of the game we played was still very straight forward in regards to guns available. The attackers have only a semi-automatic rifle. The defenders have access sten-like pipe guns, ‘deagles,’ and another pistol that’s really only useful in a pinch. Maps in Due Process are procedurally generated, meaning that the only real opportunities to learn the map are in the planning stage. Artwork for Due Process shows a more Judge Dredd style -- very different from the blocks figures in the version we played. Overall, rounds tend to be pretty quick. 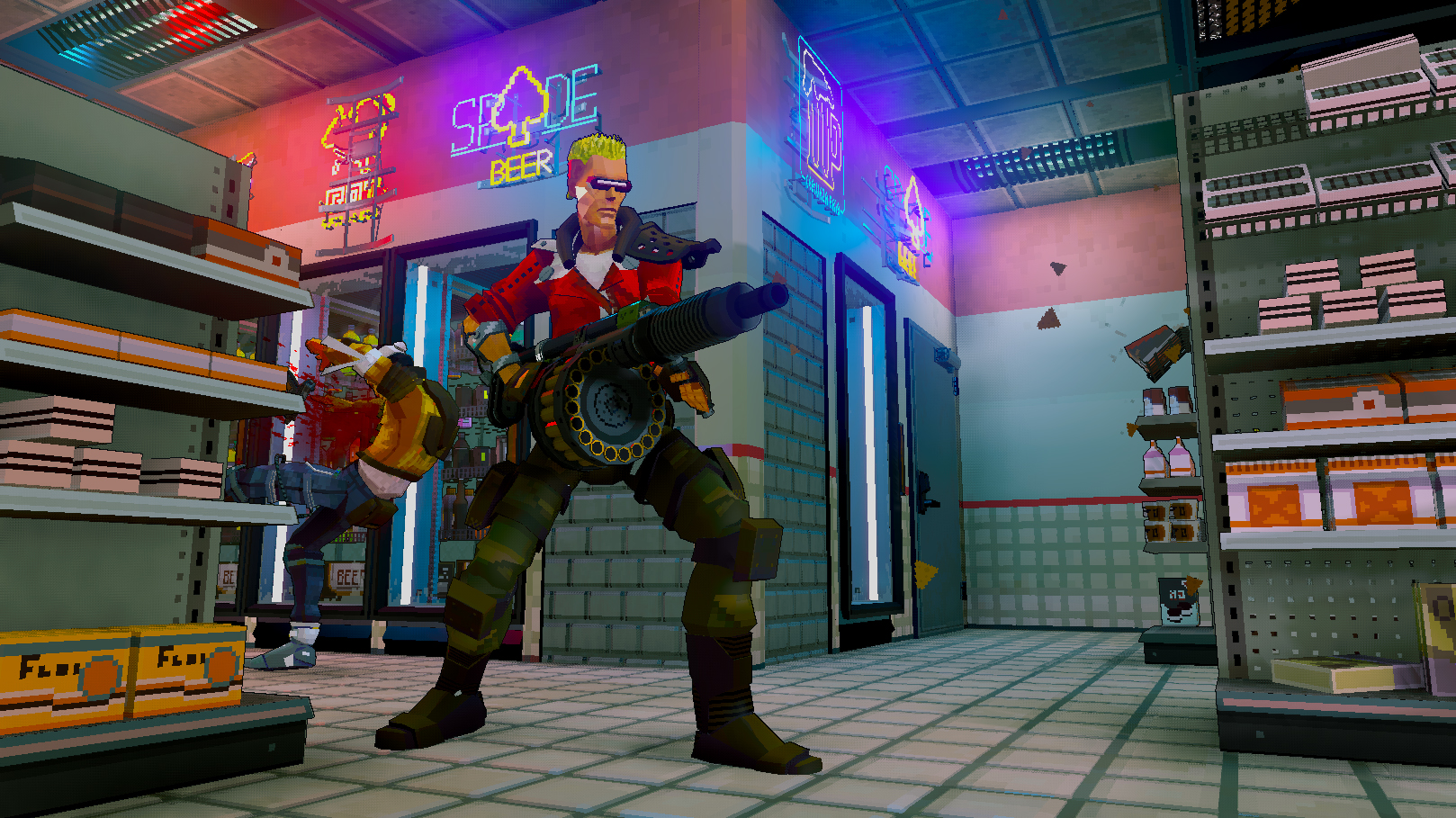 The name itself is meant to be a bit of a joke -- the attackers are cops proceeding without ‘Due Process.’ Like some of the more realistic shooters out there, players die pretty easily and there’s no healing, but this makes sense, because the important part of the game is planning. The rest is just execution.