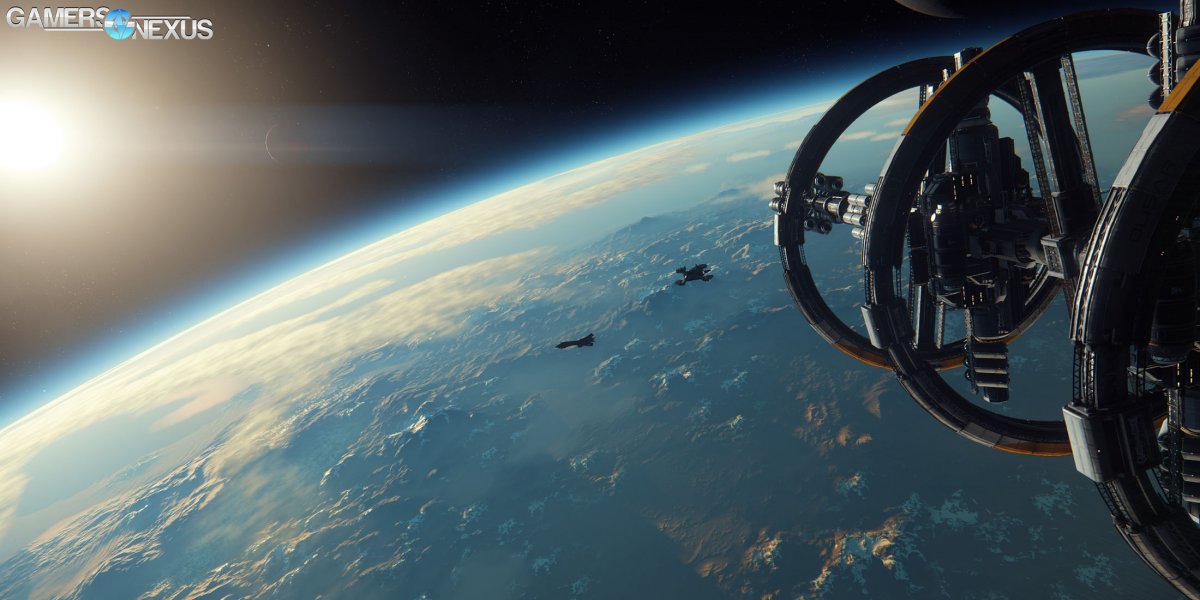 "I mentioned when we interviewed before that I was hoping we were going to show one of the – essentially, in our process, we're sort of story and content complete. We filmed most our stuff, we're very far along in most of the assets. We have all this – the missions, the chapters – sort of blocked-out, what we call 'white box,' some are much further stages along. We were taking one of them, which is what we were planning on originally showing here to a final polish, finished level, but it's very important to be that final polish/finish level. We got pretty close, but I didn't feel like it was close enough.

“For me, on SQ42, that was the commitment I made – we're going to show it when it's ready. We're not quite there yet, so we'll continue on that, we'll show that when it happens, but that sort of sets the bar for the rest of it. So, when all that's in, that's sort of our ability to – a lot of times, until you start bringing things to the final quality, you're not polishing the animations, you're not testing the technology, you're not covering the edge cases between things working. That's a lot of what's been going on. We've been working on SQ42 for a long time, but even this final chapter for quite a while. We're not happy with something that's OK, or good, kind of like some other games. It needs to be super fluid, and you don't feel like, 'oh, he's jumping between AI locomotion and a [performance] cap scene.' We weren't quite ready to show it.

“Also, you don't want to show too much stuff all at once. We showed a pretty big demo, and sometimes I think that's a problem – like last time at Gamescom, we showed the Morrow Tour, where characters were more basic than they are now. And really, 2.0 sort of overshadowed it, which was the large world and the procedural stuff. To me, we're putting our best foot forward, so I showed the crashed Javelin demo with big space worm. That's kind of what the experience will look like, but on Squadron 42, it's on another level beyond that. We weren't quite there, but we have a couple live streams this year. We have a November and December one, so tune in for that and you never know what you'll see.”

The beginning of the video discusses the procedural planet technology and plans for Star Marine and Arena Commander in the immediate future, both of which will soon receive updates. We've got a more technologically inclined interview with Sean Tracy that will soon go live, followed by a content-side interview with Erin Roberts. Check back for those.

For more depth and a full recap of the evening's presentation, be sure to check out our in-depth article with 4K screenshots.