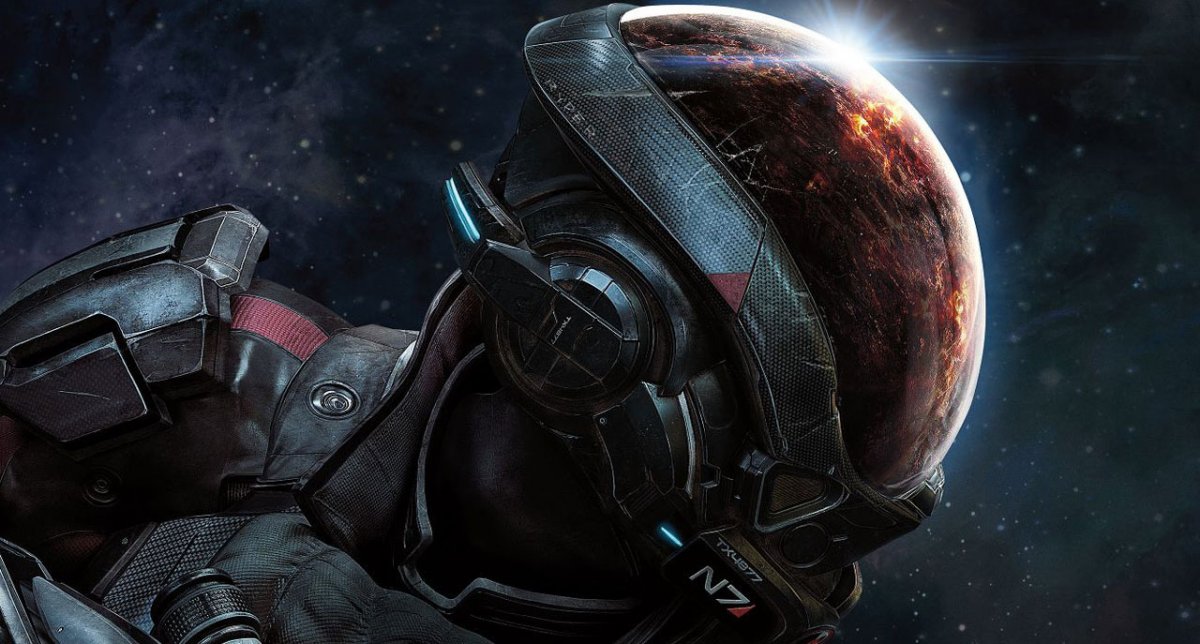 Mass Effect: Andromeda is based around the “Andromeda Initiative,” which is mankind’s first journey outside the Milky Way galaxy. In the original trilogy, users played as Commander Shepard for all three episodes, but Andromeda introduces us to a new hero named “Ryder.” Similar to the first three Mass Effect games, protagonist Ryder can be played as either male or female, but with a big twist: unlike the first three games, whichever gender you choose to play will have an opposite-sex counterpart as the sibling to Ryder. This means that both the male and female Ryder siblings will coexist and interact. It is also important to note that Alec Ryder, the protagonist’s father, will also be involved in the storyline.

Andromeda’s main story will start with Ryder waking from a form of cryosleep, following the expected series of events that leads Ryder to become the “Pathfinder” of their ark ship. The “Pathfinder” of each ark is essentially the leader and is responsible for the safety and colonization once the Andromeda galaxy is reached. From there, most information about the main story is just speculative, but we will report more if and when further information becomes available.

We don’t have a full systems spec sheet from BioWare as of yet, so hardware minimums and recommendations are not available at the time of writing. That said, in a tweet from Bioware Community Manager Aaryn Flynn, we learned that we’re likely to see PC specs in February closer to launch, so presumably late February as release date is slated for March 21. 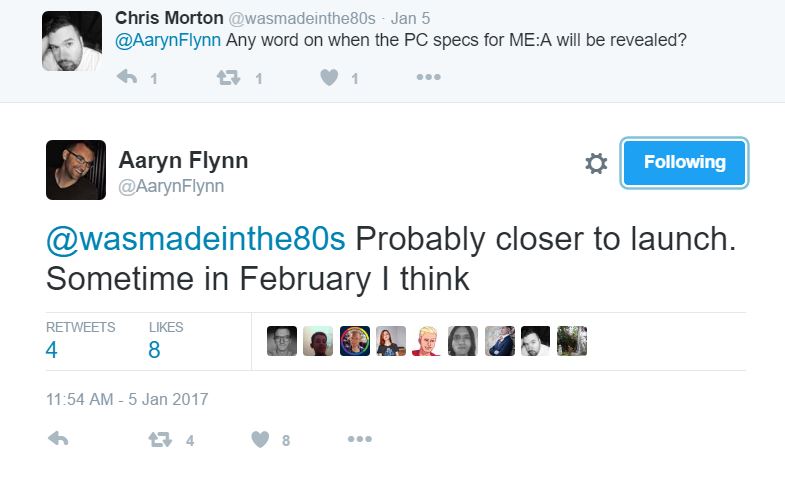 Mass Effect Andromeda will be utilizing the Frostbite Engine, the very same that Battlefield 1 was based on. In our Battlefield 1 testing, we found it to be fairly well optimized (for Dx11) and can hope to expect similar results from Andromeda.

BioWare has also confirmed that PC users will benefit from uncapped framerates. Consoles (PS, Xbox One) will still be limited to 30 FPS. Graphical settings and tuning information is limited, but expect a full benchmark from GamersNexus on launch day.

Mass Effect Andromeda will be similar to the first three installments in that the combat is still 3rd-person and still utilizes cover and allies to strategically defeat enemies. Based on the footage shown of Mass Effect: Andromeda at nVidia’s CES event, it looks like the combat may be less strategic and cover-based than the previous titles. A gameplay trailer from December, 2016 showcases more combat featuring the new jetpack and biotic abilities, lending faith for a potential push toward more action-driven play. Vehicle exploration will be more involved in Andromeda as well, this time via the “Nomad.” The “Nomad” will allow users to travel across some planets’ larger regions much quicker than would be possible on foot, though it’s been stated that the vehicle will be for transportation only and not effective as a combat tool.

The class and leveling in Mass Effect: Andromeda will also see an overhaul. Unlike the first 3 games where a class was selected during character creation, players will now be able to hot-swap them and select different attributes as they please. This leads us to believe that they are doing away with the major class system and allowing players to take their favorite powers and attributes and build a unique character. 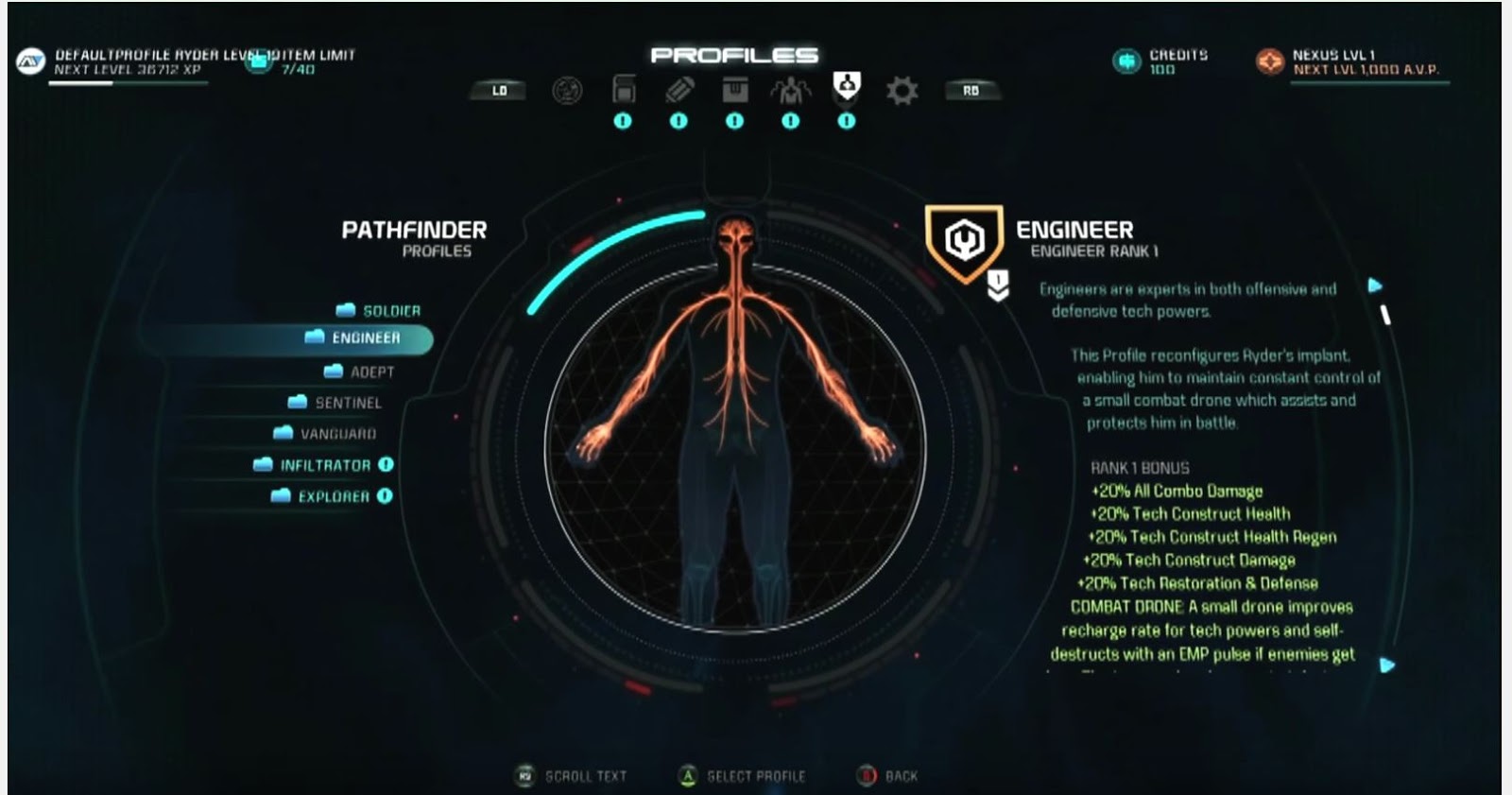 Multiplayer will also be present, but very little confirmed information is out there. We can confirm that players will be able to use what is called a “Strike Team,” which will allow players to go between single- and multiplayer seamlessly. BioWare has not gone into depth on exactly what all will be included in the multiplayer, so that’s another “wait and see” matter.

Mass Effect: Andromeda will release March 21, 2017 in North America, while Europe will lag behind with a March 23 release date. For PC gamers. Mass Effect: Andromeda gives a lot to be excited about with uncapped framerates, HDR support, multiplayer, and full controller support, to name a few. Expect a full review and benchmark from GamersNexus upon release, and hold off on pre-orders until we deliver that content.

We have posted links to some official videos by BioWare. but be sure to check back as we get closer to release date for any news or updates.