Gamer Personalities: What Type of Gamer Are You?

Sometimes, despite the stigma associated with them, it's fun to figure out which stereotype is linked to our gaming play styles. Besides being sort of fun and self-indulgent, it's also a fantastic way of figuring out which games you might like and which you're likely to get bored of rapidly.

You're focused on achievement and progression; your primary objective is to complete the game's primary objectives, then its secondary objectives, then all the other content in the game. If it's a multiplayer game, Completionists often look to show off status and accumulated wealth. If it can be beaten, you beat it; if it can be collected, you collect it. You're the type of person that will reply an open-ended game multiple times, likely opting to beat it both as "good" and "evil," or whatever other options are present. 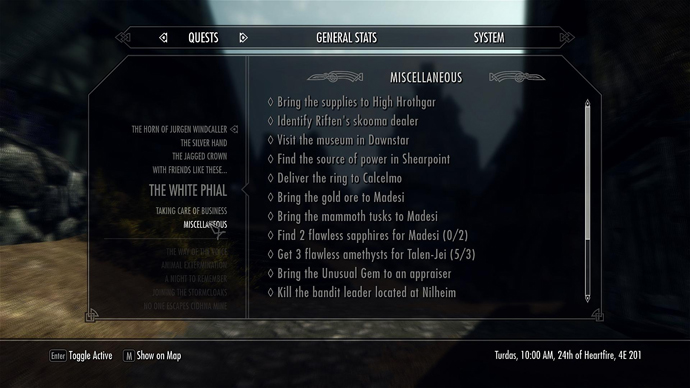 WHY DO I KEEP ACCEPTING THESE?

If it means a better score or exposure to a new adventure path, it is not below you to load and re-load in an effort to locate the best option. You are concerned with seeing all there is to offer and enjoy getting your money's worth, at times finding yourself obsessive about progression. You'd be the type to play Skyrim in "hardcore mode," just to see what it's like. It doesn't matter whether it's linear or open-ended, as long as it has a goal.

You most likely would enjoy: RPGs, MMOs, games of challenges.

No game is too difficult for you; you research the best strategies, the overpowered approaches, map layout, assault directions, or -- if these things bore you -- maybe you're just damn good at killing things, whether or not you analyze your approach. If it can be killed, you kill it, maim it, destroy it, and leave nothing behind. Destroyers enjoy figuring out new and inventive ways to take people out, especially in multiplayer games where skill is shown to all in the server.

It doesn't matter if it's a stealth game, an open assault game, or just a multiplayer mash-up like Unreal Tournament and Quake; as long as you can obliterate the competition, you're happy (and damn good at it). You are most concerned with points and kill-death ratios, if it's a singleplayer game, you try to get as creative as possible when it comes to vanquishing your foes. You are very competitive, whether or not it's intentional.

You most likely would enjoy: FPS's, RTS's, games of skill.

Originality, creativity, and expandability are your most important factors when playing a game. You like to build, innovate, or heavily mod your games. Collecting resources, building cities, and creating content are extremely enjoyable to Creators and supersede killing and objectives; you'd rather spend hours installing mods or building cities than completing objectives. You often show your creations off to all of your friends, whether or not they care. You're original and take pride in using limited resources in clever ways. 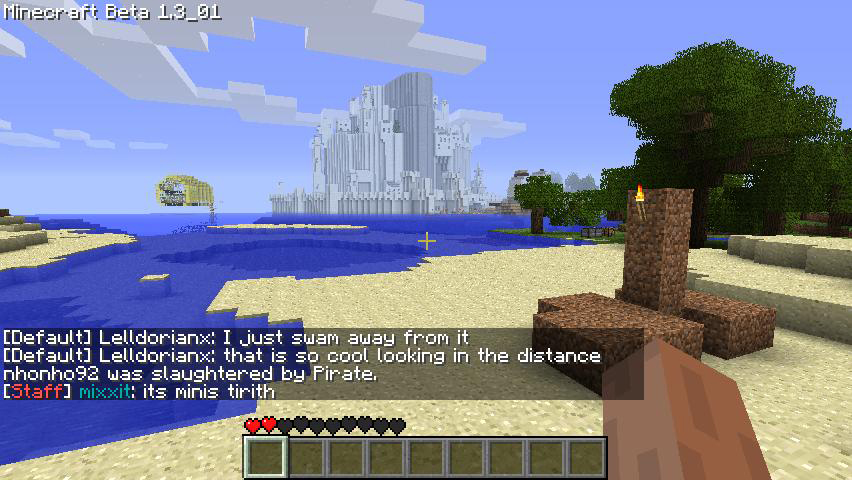 Tolkien would be proud... or horrified.

You do have a weakness, though: you're concerned with becoming bored and burning out; many times in the past, you've found that you just simply stop playing a game or question what the point of the game is.

You're of a dying breed in gaming, but you find yourself to be the most strategic and advanced of all the gaming stereotypes. Settling in for the long-haul and strategically expanding your empire is of great importance -- Thinkers are focused on making beneficial compromises in effort to maximize your gain and minimize the potential for a future set-back. Solving complex problems, whether puzzles, profitability of a trade route, or paths of assault, is your favorite aspect of gaming. You hate it when games hold your hand and prefer to do it on your own. 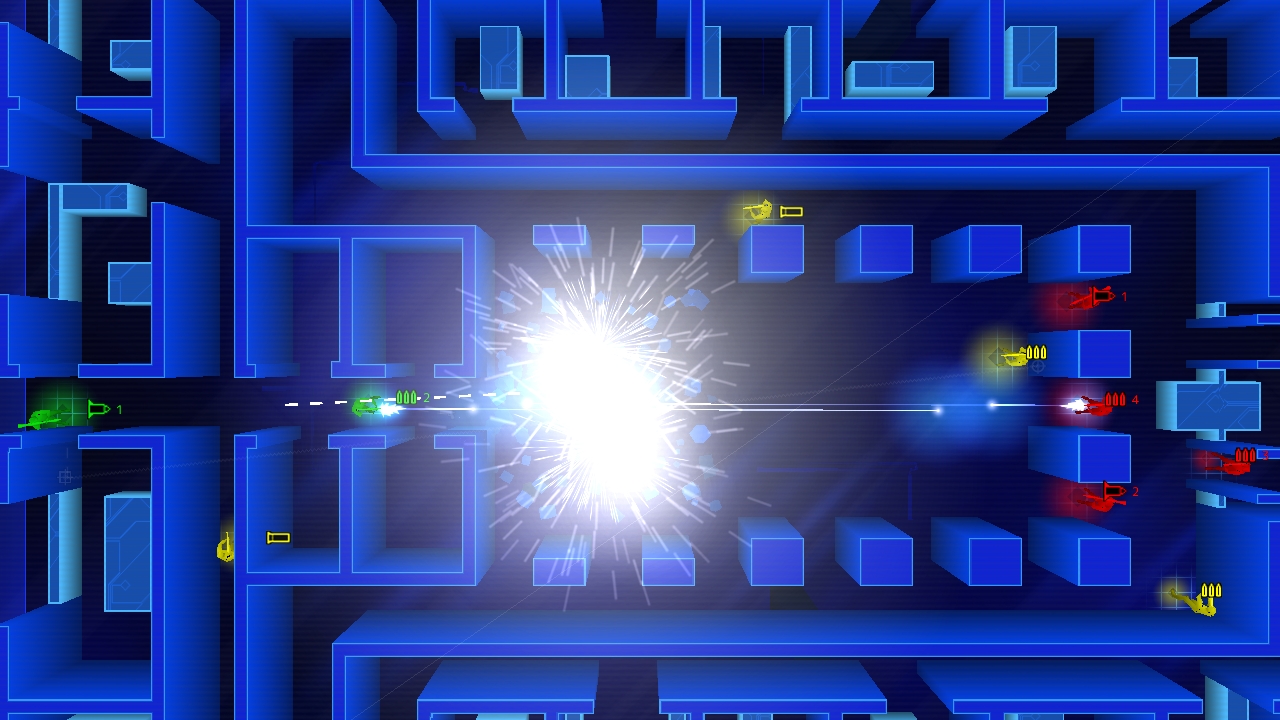 You likely enjoy (or would enjoy) tabletop wargames or puzzles in addition to your gaming habits. You're most concerned with different types of empire building or puzzle solving and will often complete a game multiple times, if only to see the different ways to solve a problem. If you have to, you'll self-impose problems to make an otherwise thoughtless game interesting.

You most likely would enjoy: Turn-based strategy, some RTS, puzzle games.

Unveiling the most expansive, breathtaking environments that the developers had to offer is incredibly important to you; exploring and adventuring are of paramount importance to you. Explorers embark on objective-less journeys to see the most impressive regions of a game. You love the visuals or inhabitant variations and believability of a game world and will even ignore main quests for days-on-end if it means seeing more of the land.

One of many star systems in X3: Albion Prelude.

Explorers are prone to collecting pointless items in games -- books, weapons, gadgets -- and putting them on display for all to see (even if it's a singleplayer game). You take pride in the fact that your map, unlike many of your friends, has almost every icon fast-travelable on it; you've seen all there is to see. Explorers are proficient at 'making their own fun' in a game and are often similar to Creators.

You would most likely enjoy: MMOs, Open RPGs, expansive games.

"What's with all this stereotype crap? I just sit down and play whenever I can." You really don't think that hard about your games -- you play when you can and tend to enjoy non-competitive, low-stress gaming. Casual gamers find themselves playing whatever's easily available - phone games, social network games, indie games, puzzle games, and often find themselves relatable with Thinkers. You might also find Triple-A games to be problematic, as pointed out here.

It's not of your concern to kill lots of people, which you find repetitive and frustrating anyway, or complete infinite objectives, or spend days building a castle; you just want something easy that doesn't take a lot of effort, although you do sometimes find thinking games fun, as long as they're not brutal.

Games of pure skill, refinement, and speed are the most respectable in your eyes; you love mastering a game and being the best in the high scores tables. If people have complained about how difficult a game is, you're the one that exclaims: "CHALLENGE ACCEPTED!" You take it upon yourself to painstakingly figure out the fastest routes, preserve lives, and accumulate points.

There is no platformer too grueling for you, no arcade game worthy of your dedication, and no gamer that comes close to your attention to timing and sequencing. You're the very same type of person that plays games like StarCraft only for the modded challenges. Challengers will often spend hours on a single level, trying to perfect timings and complete goals with utmost precision. No goal is too hard for you.

You would most likely enjoy: Platformers, arcade-style games.

A unique mix of explorer and destroyer, adventurers love to play for the story and the thrill of the game. They're the most likely to get immersed for hours at a time, and are captured by compelling stories and fantastical landscapes. Adventurers like to destroy, but only when it's relevant to the story (or they get bored, but they don't save if they kill things for no reason). You try to see as much as there is to see, complete the story, and still have fun at the same time. You're not interested in finishing everything in the game like the Completionists are - but you are captivated by many of the elements that Explorers find attractive.

Your weakness is also what makes you an Adventurer: You can easily locate flaws in the game, notice glitches frequently, and find gaping holes in the story. You're skilled at locating inconsistencies and, while it drives you crazy, you try to get over it if the story is good enough. Linear games don't bother you as much as they would explorers, but you still prefer openness.

You would most likely enjoy: RPGs, Story-based MMOs.

So which one are you? Let us know in the comments below! If you think we missed someone, tell us and we'll add it to the next edition.

Update: We added 'Adventurers' to give those that love story an option!