Progressing through the lowest of the low - the Open Bracket - a relatively unobserved Protoss smashed through player-after-player effortlessly, consistently 2-0ing in every match; MLG Raleigh 2012 started off uneventful, but as with each e-sports event, the crowd's anticipation grew as a local hero emerged. It takes a long journey to be the crowd-favorite -- often the proverbial underdog -- and as this reddit-sponsored Protoss continually showcased his supreme control, it was evident he'd be our hero.

CranK plowed through several nonames in the open bracket, broke inControl 2-0, took down Taeja 2-1 in group play, eliminated Revival 2-0, thwarted Taeja a second time in an extended series (4-3), and finally fell to HerO, but not before putting up a galvanizing fight in and tying-up the match.

You can read our write-ups of the Taeja match, Revival match, HerO match, and Heart match, if you want to follow his game-by-game progression; continue on for CranK's full backstory, an interview with him, and the SC2 pro's future team plans. Check out our photo gallery of the SC2 pros, while you're at it!

The ranks swelled with each passing CranK battle -- the local audience took note of reddit's champion, fighting under the banner and sponsorship of TotalBiscuit -- and we watched as CranK's matches quickly became some of the most-watched battles of the weekend. Crowds grew louder - cheering harder for each success and oooh-ing woefully with each misplay, and all the while, the 22 year-old pro remained incredibly calm, funny, and humble.

The story of CranK's rise is one of community support and crowdsourcing efforts (and, in large part, is due to TotalBiscuit's flight coverage).

After a solid performance at GSTL 2 earlier this year, CranK started gaining traction in the SC2 community, picking up a few fans as he rolled forth. Right around when he publicly departed from SlayerS, CranK began streaming like a maniac -- he made an introductory post on the Team Liquid forums and promoted his first attempt on reddit. A few days later, he posted a much more popularized stream announcement on reddit; he showed his humble personality ("so lucky," he'd say after each win) and continued heavily streaming throughout the month.

CranK (left) sits with Heart (middle) and Ryung before his next match.

CranK expressed that he had considered quitting StarCraft 2's competitive scene altogether (he does so in the video interview above and also in reddit comments), but his new-found fans insisted that he travel to MLG Raleigh and began a crowdsourced funding attempt (through his stream, which has a ChipIn option).

It all started when reddit was considering sponsoring MKP -- luckily, Thermaltake's Tt eSports division stepped in and offered some support, and with several /r/StarCraft users now interested in throwing their own competitor into the mix, a thread ("Let's sponsor CranK to MLG") picked up over 200 comments; CranK's reply, naturally, was at the top - stating:

Thx for cheering and helping. but I worried about your money. now hot season, ticket too expensive. i dont want to donate T_T.. if I'll find new team, I must go to next MLG. just cheer plz!

Alright. The missus looked at the costs and we're willing to offer Crank a personal sponsorship under the Cynical Brit flag for the MLG Raleigh event which will be enough to pay for his round-trip airfare. We'll also provide him transport from the airport since we'll be there with a vehicle. If Reddit would like to raise funds for his hotel, sending him to Six Flags or whatever it is they want then they're more than welcome to.

The new partnership faced trouble, though, as competitor passes had already sold-out and there was no guarantee that TotalBiscuit could slip CranK into the series. That's when Zealenth, a community member of the StarCraft subreddit, stepped in and offered up his own player pass.

Crank eventually - through some prodding from the community - agreed to accept the sponsorship, though he feared letting his fans down.

Here's another interview we recorded of CranK - this one was with Clutch, MLG's SC2 host.

A natural performer, CranK playfully threw down BM accusations against TaeJa and Heart (we later learned from TotalBiscuit that CranK was once roommates with each player); he and his competitors entertained the crowd with funny one-liners, all while they retained their high APMs and insanely tight play. 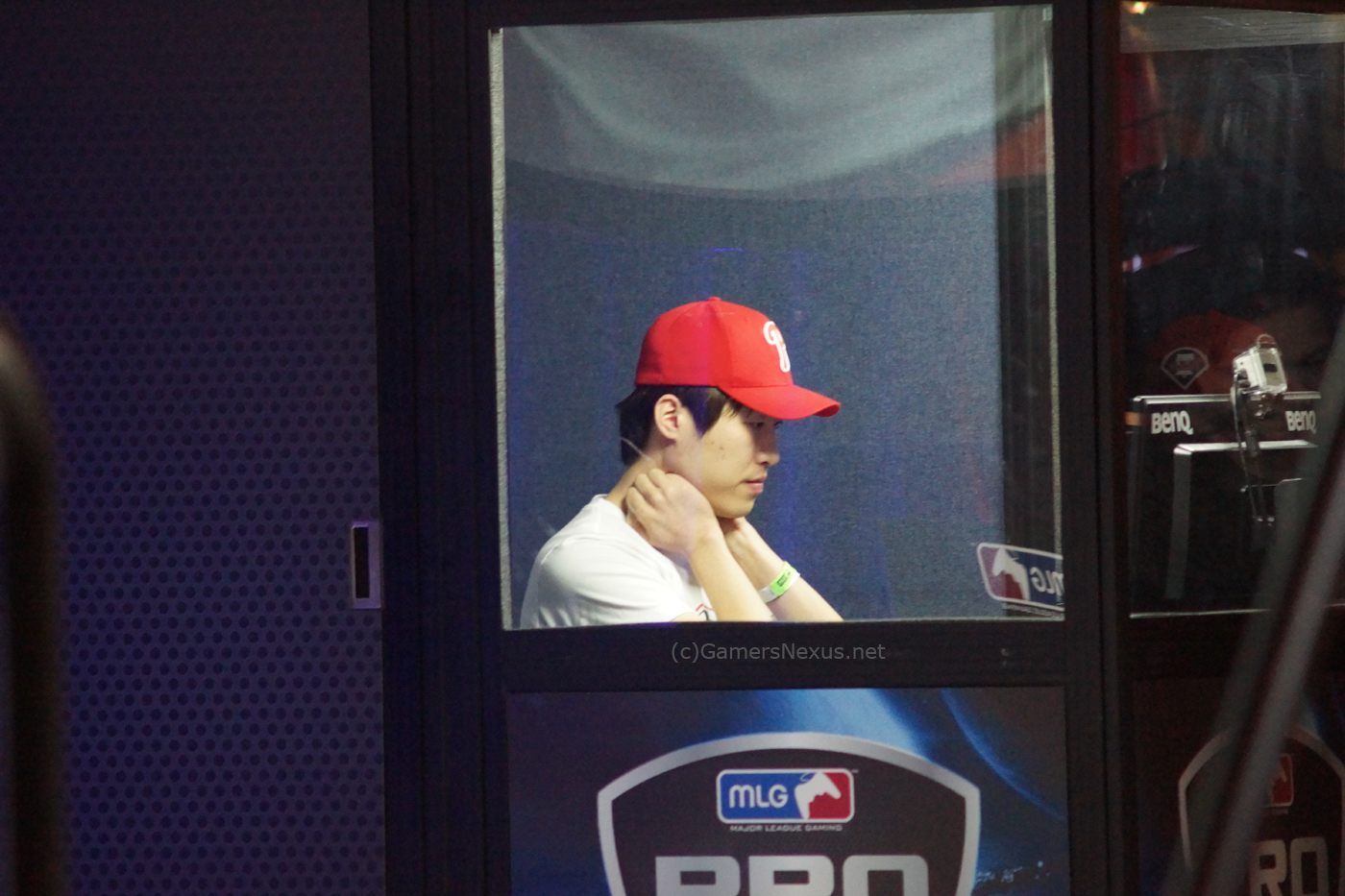 After winning game one of his match against coLHeart, game two kicked off with Heart saying "Daybreak map 3?" implying he'd win the current game, to which CranK responded, "maybe." Heart then says "gl," and CranK, laughing to himself as he responded, said "no, shut up." Pushing the point, Heart follows up with a "gl" and gets back to playing.

A denied scouting run in another game (vs. TaeJa, if memory serves) led to CranK jokingly saying "BM," leaving the casters and crowd in stitches.

This all feeds into his personality, which is the leading component to his success: CranK is incredibly likeable -- he's humble, skilled, and friendly. He prides himself on doing his fans justice, and fears letting his fans down. He's playing for the community and for himself, and as he stated in our interview, he's playing for his passion of the game. 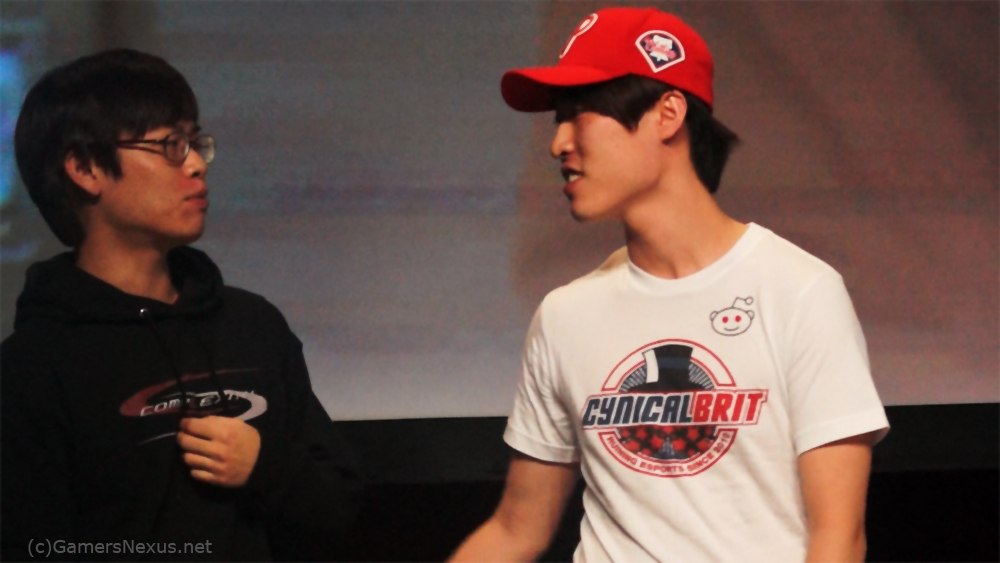 And that's where we learned more about CranK: His earlier-linked stream suggests that he is opting to search for a foreign team in the future, maybe hoping to practice from home and retain a more isolated team relationship. It'll be interesting to see if CranK is here to stay or if he'll be staying in Korea.

One thing's for sure, though -- CranK controls Protoss incredibly well. He's calm during matches - it's almost as if he never chokes - and always has an answer to what's happening. He doesn't panic when things go south, and actually, he seems to excel when playing defensively. Patience, sacrifice-to-advantage analysis, and control are what helps CranK win his games. Throughout the weekend, we saw CranK pull game-after-game out of his hat, even when he was being assaulted by opponents with supply that was 50 or higher than CranK's own supply. He's focused.

Things are looking good for our new favorite player -- he mentioned that he has had several teams approach him following-up on MLG Raleigh, but he's still looking for the right group. TotalBiscuit has also confirmed that he and his wife will be sponsoring CranK's travel to future events if he does not find a team first. 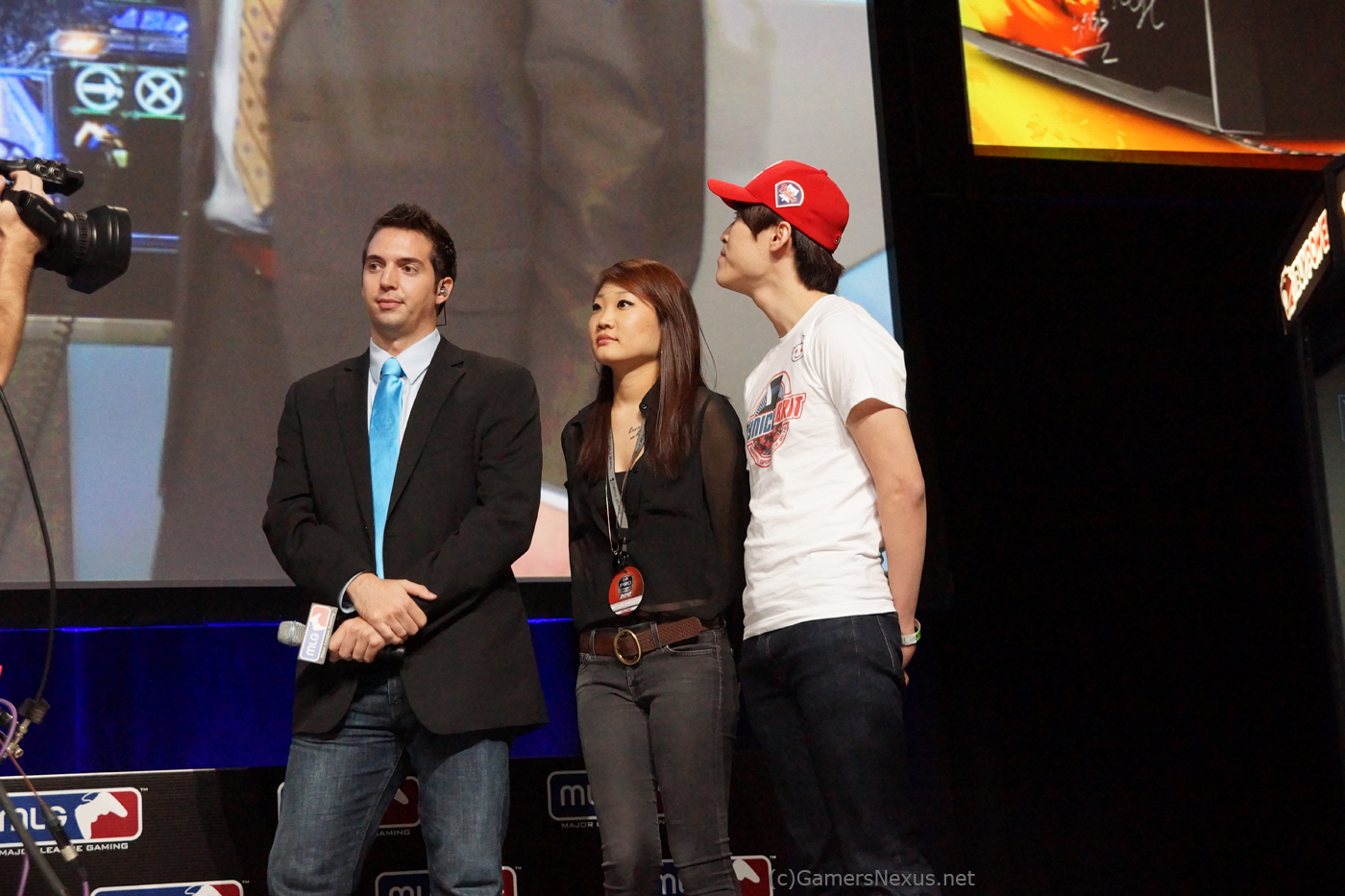 But mostly, CranK just wants to get better; he wants to play for his fans and impress them. He's got his sights set on IPL at the moment (previously played IPL4), potentially MLG Dallas, but has not mentioned plans to go back to GSL for this season.

One thing's for certain, though: CranK loves his fans and wants nothing more than to do them justice. His play may be excellent - he took down top-ranked players left-and-right at this MLG - but no matter what, the guy has an incredible personality and has really built himself up to be a crowd-pleasing entertainer.

Keep an eye on this one. We hope he'll go far.

Be sure to check out CranK's stream, found here.