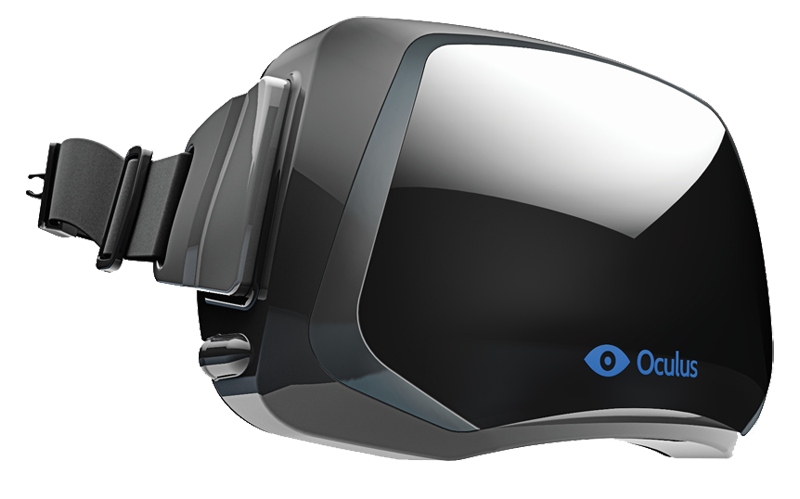 A Zoomed-Out View: VR Was Waiting for the Right Tech

To truly illustrate the technological jaunt from the conceptual dawning of VR to the modern realization of consumer-available VR, we look back to the 1970s: Computer-generated graphics finally started to find their footing, Intel had just released the world's first modern x86-architecture CPU (8086), and development processes were starting to mature. We weren't anywhere remotely close to the level of technology available today.

1978's computing innovation consisted of 0.0002% the transistors of 2013's mid-range device. Not exactly a linear comparison, but you get the idea.

That's perspective. And now that we more objectively understand (or recall) the advancements made, it's easier to see why VR seems so much more viable this time around. For starters, it'll fit around your head without needing to be ceiling-mounted. That's probably a good thing for people living in, y'know, houses.

We also see huge reductions in price: the STEM System with three STEMs (individual motion trackers) could be pre-purchased for $200 or $300 for five STEMs, Oculus Rift sold a DevKit at $300, and the Omni is also in the $500 range. To purchase five motion tracking points (hip, head, arms, legs, etc.), an HMD, and the treadmill -- we'll call that a "full kit" -- would set an individual back roughly $1100. That's against millions for the military's earliest equivalents. Impressive.

And the best part, perhaps, is that each of these can be used largely individually. The Omni is a bit more dependent on some form of input device, but can still stand alone with the right controller. If you just wanted an HMD—something that'd cost a quarter-, half-, a million dollars back in the day?—that's a $300 unit and it's higher resolution, more wearable, and has a wide 110* FOV.

The headset is more immersive than the likes of 3D Vision or other eyewear, though; by covering the user's entire view, all external stimuli are blocked and the user can feel more buried in the game. Further still, because of the lenses the user looks through, the game world feels as if it wraps around your body with a sort of curvature. Look at your monitor, then imagine it sort of skewing/warping outward and wrapping around you. That's what the rift simulates, just closer to your eyes. This, of course, helps simulate real-world immersion, because the real world is not presented in square 4:3 format (surprise!).

Humans have a rough diagonal FOV of 180 degrees, the Rift occupies 110 degrees diagonally. This is nearly twice the FOV of some of the best 'competing' (in terms of goals) devices from the earlier days. For more perspective, most games offer FOV setting changes (through .ini files or settings menus), and default to around 90 degrees in-game field of view, meaning your character has effectively half of your real-world FOV. Looking through a fixed-50mm portrait camera lens would produce a similar effect. This is because you (the player) are looking through the character's eyes through a flat monitor. The Rift changes this quite a bit.

This Rendering Pipeline article does a fantastic job at explaining how FOV works specifically in games. The above animated graphic demonstrates why we can't use human-like FOVs in video games with traditional monitors.

Mlyniec got particularly excited about the Rift and the advantages other VR companies can reap in the shockwave of its success; he mentioned that, until now, most head-mount units were square aspect ratios and had small screens with a narrow FOV.

"The guys at Oculus got everything right. Everyone in the 90s in the head-mount companies started making excuses and saying, 'no, what you really want is this little window out in the distance - it'll be higher resolution.' Oculus basically put a line in the sand and gave you this 110-degree FOV. As soon as I put it on, [...] I was really happy to finally feel totally immersed like I'd never felt before."

Display latency is still being optimized, but should be about on-par with what consumers are used to by the time the consumer device ships. 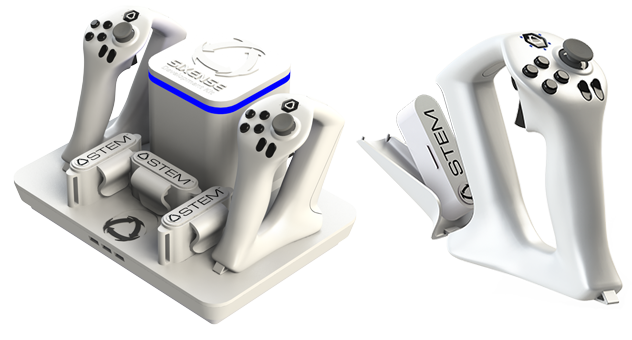 A fully-immersive 3D headset will only get you so far. At the end of the day, being tied to a mouse and keyboard severely limits the potential for virtual reality immersion. With desk-bound peripherals, the potential for fully-realized rotational 3D movement is quickly eliminated, other immersion-breaking aspects also become apparent, like orientation and positioning.

The very nature of the head-mounted Oculus-like units negates the requirement for an immobile display device (read: a monitor atop a desk), so why not negate the need to face one direction? By allowing full range-of-movement with 6-axis-aware motion tracking devices, Sixense's STEM system enables a 1-to-1 response from real-to-virtual world. This means that your movements - down to the millimeter and one-degree level - are presented in game in an equal fashion.

The STEM System supports five wireless tracking modules, called STEMs, that can be attached to different peripherals or positions on the user's body. Legs, waist, head, gun peripheral, and arms could be examples of positions. This allows true six-axis location tracking of the weapon peripheral, so if you move it anywhere, you'll get a 1-to-1 response within the game.

Beyond gaming, as with the Rift, the STEM System can be used in professional applications to gain a new perspective on queued tasks. For instance, in coordination with MakeVR, the STEM System or VR gloves can be used to physically pull and contort the world and its objects with your hands. This helps to reduce user nausea when modeling objects/characters in a 3D HMD, because you're using your hands in a way that is far more natural to the real world (pulling, twisting, like gestures for a phone -- as opposed to a keyboard/mouse). 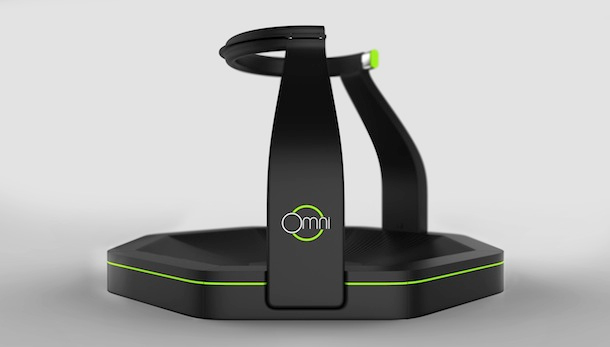 On the other side of user input, we've got Virtuix -- the VR replacement for our weary WASD keys. Immediately of note is Omni's much larger size -- it's not a device worn by the user and it uses the player's physical movement as feedback, so the size increase is obvious. This does make it immediately less practical in some space-limited applications, but certainly no less significant to the advancement of VR.

The Omni Treadmill might not appeal to gamers who want to lean back and relax after a long work day, but that doesn't mean it should be ignored. Using a low-friction, grooved surface, users are able to sort of "run in place" and use special shoes as tracking and input to the game world. Other than physical fitness benefits (can you imagine taking a morning jog through Skyrim?), a device like the Omni will theoretically enhance overall immersion. The Omni also has potential to revolutionize physical fitness in the home; its affordable price makes it a cheaper alternative to a treadmill and has far greater entertainment value. Rather than jog on a traditional treadmill, the user connects the Omni to a game and is offered more stimuli and a less boring environment for in-home exercise.

In addition to these three VR-focused devices, a new round of Augmented Reality devices also rests on the horizon. Check out our recent write-up of ex-Valve developers' castAR glasses, which allow multiplayer in augmented reality.

Why It's Different This Time: Open Platform Development Methodology

Between the three major new platforms -- and fresh faces, like castAR -- we see one linking commonality: An open development platform. By making their development kits affordable and early-access for serious devs (and tinkerers), the VR platforms can ensure a thriving video game ecosystem exists for consumers immediately at launch. To ship the products without existing game support would demand failure, and so the VR teams are working closely with development firms to establish concrete SDKs and assist in programming hurdles.

This is crucial to the success of Virtual Reality this time around, Sixense's Amir Rubin tells us. When asked what has traditionally served as an inhibitor to VR's success, Rubin noted that two major elements stand out: Development support and input devices.

Without programming support and SDKs in place for previous VR forays, game makers have been limited in their capabilities to make it to market within a still-relevant timeframe. This is resolved with the open platform philosophy endorsed by Sixense, Virtuix, and Oculus VR. As for peripherals, well, there's been a long-lasting interest in HMDs, but input devices have been sorely limited. The Wii Mote was one of the biggest innovations in two decades for consumer tracking peripherals, and it wasn't all that technologically advanced. Enter the STEM System, made by the same team behind Razer's Hydra.

Continue on to page 3 for obstacles to VR adoption.