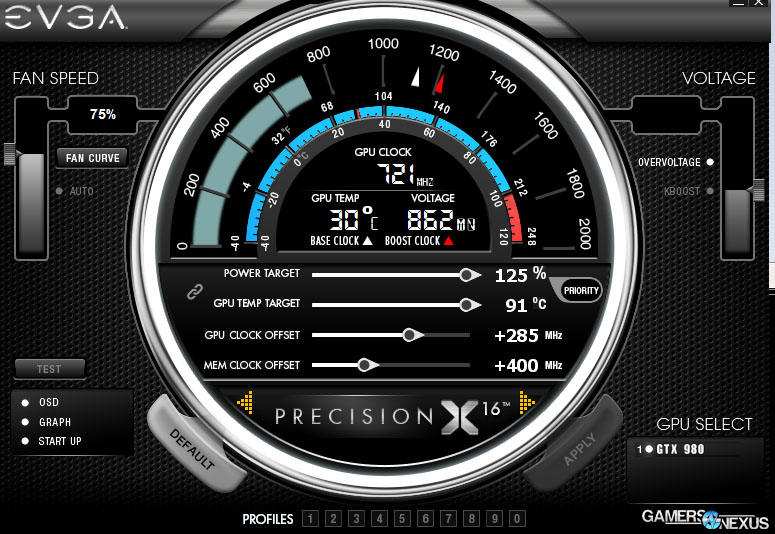 Tools for the Job

You'll need the following tools downloaded and installed for this process:

The procedure, once we establish a baseline, will resemble something like this:

Before overclocking, benchmark your GTX 980 using 3D Mark's FireStrike and record the score and FPS results. You may want to do this a few times for parity, though the test tends to be fairly consistent. These results will be what you compare against once OCing is complete.

In overclocking incrementally, we'll increase the clock-rate as high as stability allows before touching voltage. It's important to find a baseline. Most superclocked and pre-overclocked cards start somewhere around 170MHz higher than the stock clock. You should be able to jump straight to something like +150MHz on the GTX 980 without even considering voltage changes or significant power % changes (maybe 5-10%, depending on your chip). Go ahead and do that for starters.

The changes will look like the above screenshot. Apply them.

Launch GPU-Z and check that the “Graphics Card” tab matches the specifications you'd expect for your product. Next, go to the “Sensors” tab and checkmark “Log to File” at a sensor rate of one second.

Launch 3D Mark and run FireStrike. You shouldn't walk away from this during testing because not all crashes are obvious or reported – some are strictly visual and require human presence. Watch for typical signs of instability. These are obvious and include:

This first test should be pretty stable. If you observe instability, it can likely be resolved by increasing the power target. I'm assuming it's stable for all users – but jump to sections below if not.

You'll want to track the Precision settings, the FireStrike FPS and/or score, and the maximum boost clock achieved as logged in GPU-z. Consider averaging the temperatures and logging those, too. We normally do this by dumping the data into a spreadsheet (Google Drive is fine) and then running the =averagea(cell:cell) formula from the start of the test to the end of the test. Log that as an average.

It's important to log these changes so that you can roll-back once things get unstable.

That's our basic OC completed. Now it's time to get a bit more serious. Increase the clock-rate more. Do it incrementally – you'll start off doing bigger jumps (maybe try +170MHz next), but as the GPU becomes less stable, you'll start increasing the CLK only a few MHz at a time. Keep increasing the clock and testing. This is what we did:

You'll eventually lose stability. That's normal. Once you do, if you haven't already, increase the power target % to something higher – maybe 110% or 115%. A higher power draw will threaten longevity of the GPU if it is run at a higher wattage for extended periods of time (read: more than just benchmarking). Re-test the configuration. If still unstable, let's tweak voltage.

Unlock voltage modifications in Precision. Do this on the right side of the application by ticking the radio button. You may be given a warning. Listen to it – do not increase voltage irresponsibly or hastily. Try increasing the voltage by 6mV (the smallest increment available).

If the GPU exhibits instability, try increasing the voltage by a few more millivolts. It may be necessary to increase the power target % in tow.

Once stable, let's play with the memory clock a little bit. You'll want to increment this slightly alongside the GPU base/boost clock to limit bottlenecking within the GPU and its memory. Memory is easily overclocked on the GTX 980, with several websites reporting a +600-800MHz memory OC. We tend to focus our resources on base/boost overclocking here, with our memory clocks running a bit lower than other sites (but our boost runs higher). It's generally safe to start with a +200MHz memory OC without stability issues. Use that as your baseline. Test for stability, and increase accordingly. I tend to stop my memory OC in the 300-400MHz range to allow more room (and time, really) to play with the boost & base clock.

Test for stability if any further changes are made on this front.

Let's go back to the base/boost clock. Continue the process of increasing the clock, finding the point of instability, and then increasing the power to establish stability. You'll eventually hit a power and voltage wall. The GTX 980 is only capable of eating 1.256v of power (aftermarket cards are different, some – like the early EVGA ACX and ASUS Strix models – can only take 1.12-1.21v). Whatever the voltage limit, that's your hard wall. There is no bypassing that. The power limit is also a wall once you've hit the maximum power target.

Once you've found that limiter, run FireStrike on loop or use another burn-in utility for endurance testing. If the GPU proves unstable after extended burn-in, it's time to step-down the settings a bit. We don't consider an overclock stable unless it survives 4 hours of looped burn-in testing.

Notes on the Boost Clock Disparity and Temperatures 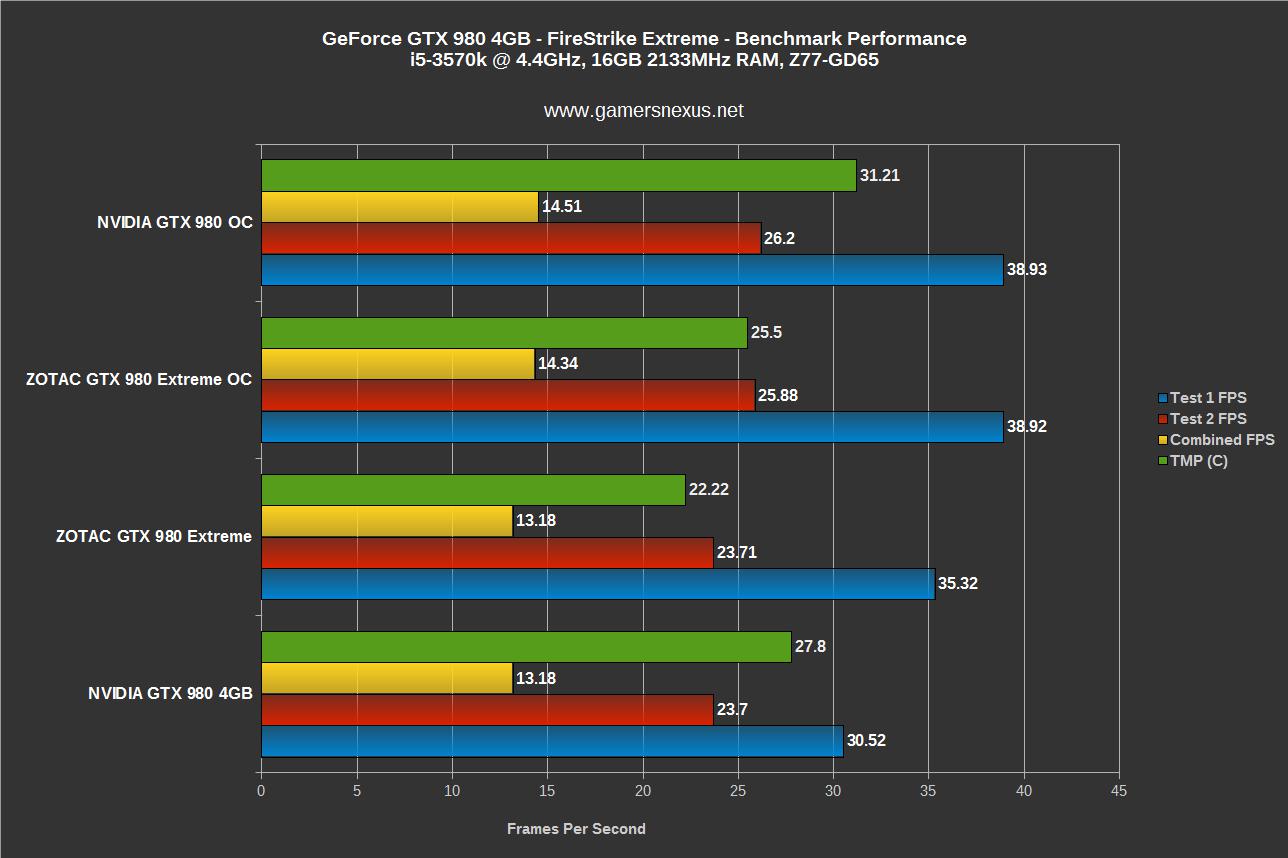 Boost 2.0 is a great technology for most use cases. It ensures the GPU throttles down when additional horsepower is unnecessary, saving on wattage and keeping temperatures cool. For overclocking, Boost 2.0 can cause some (initially) confusing results. You'll notice in your GPU-z logs that the reported clock-rate often exceeds the clock-rate reported by Precision or Afterburner. This is because of Boost 2.0, which is similar in philosophy to Intel's Turbo Boost.

Technically, you could run K BOOST in EVGA Precision, which forces the GPU to run at its boost clock 100% of the time, but we've found this to be unreliable and highly unstable when using Maxwell cards. It also isn't very good for the GPU in extended runs. You could also disable Boost 2.0 through .ini files, but the same issues arise. For extreme overclocking, it may be of interest, but hobbyist and entry-level enthusiast overclocking will be fine without such steps.

If you notice that the reported clock through GPU-z is actually lower than what Precision advertises, this is because you're hitting your watt-draw power budget and the GPU is throttling itself down. That's why it's always necessary to log – it's the only way to be positive that the overclock is actually applying. OC software can “lie” if the GPU is throttling itself. GPU-Z will be accurate, though.

As for temperatures, just be responsible. You probably don't want to start pushing 80C on Maxwell. Aftermarket coolers are always an option, like the Kraken G10 + CLC or similar liquid solutions. 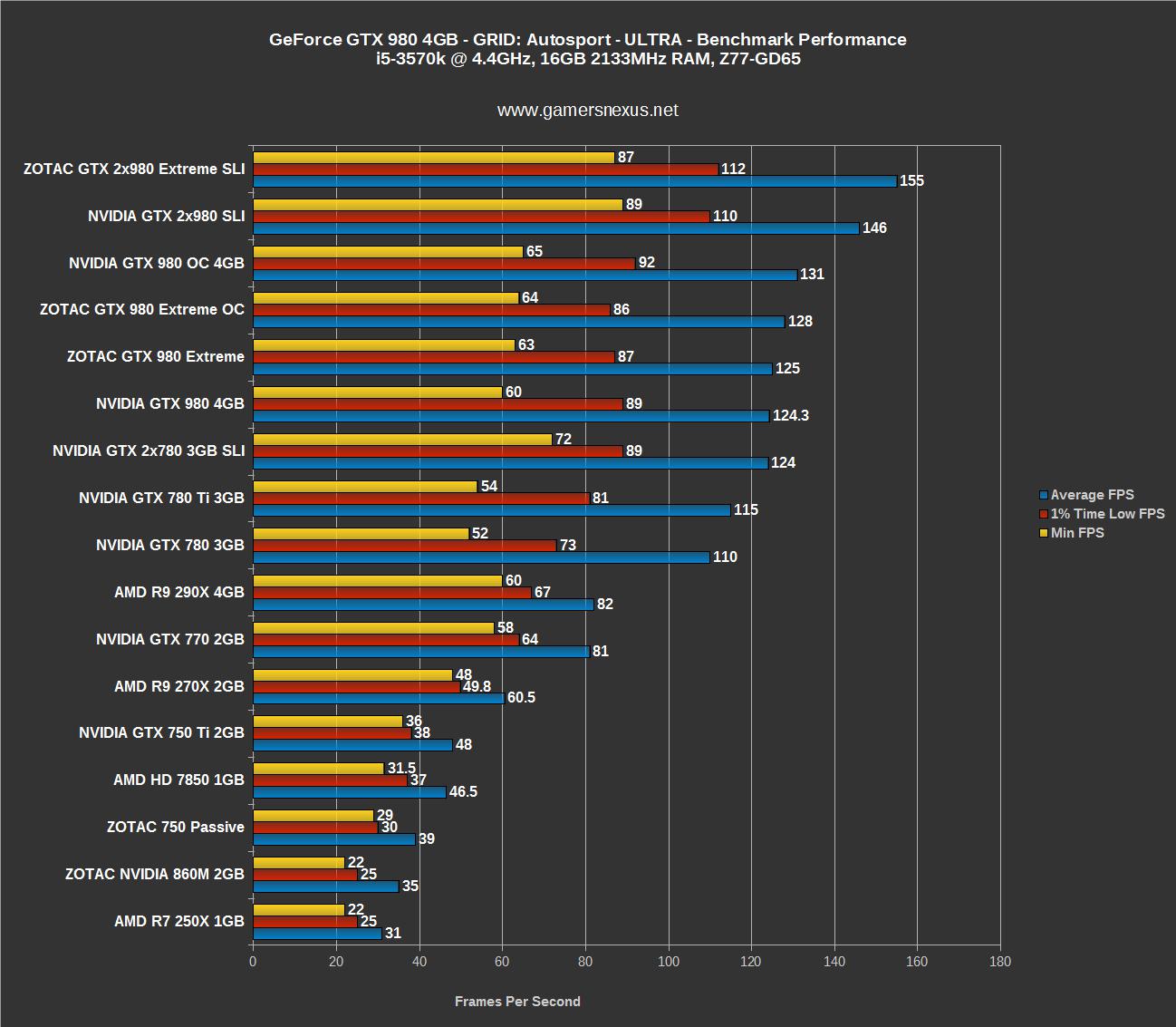 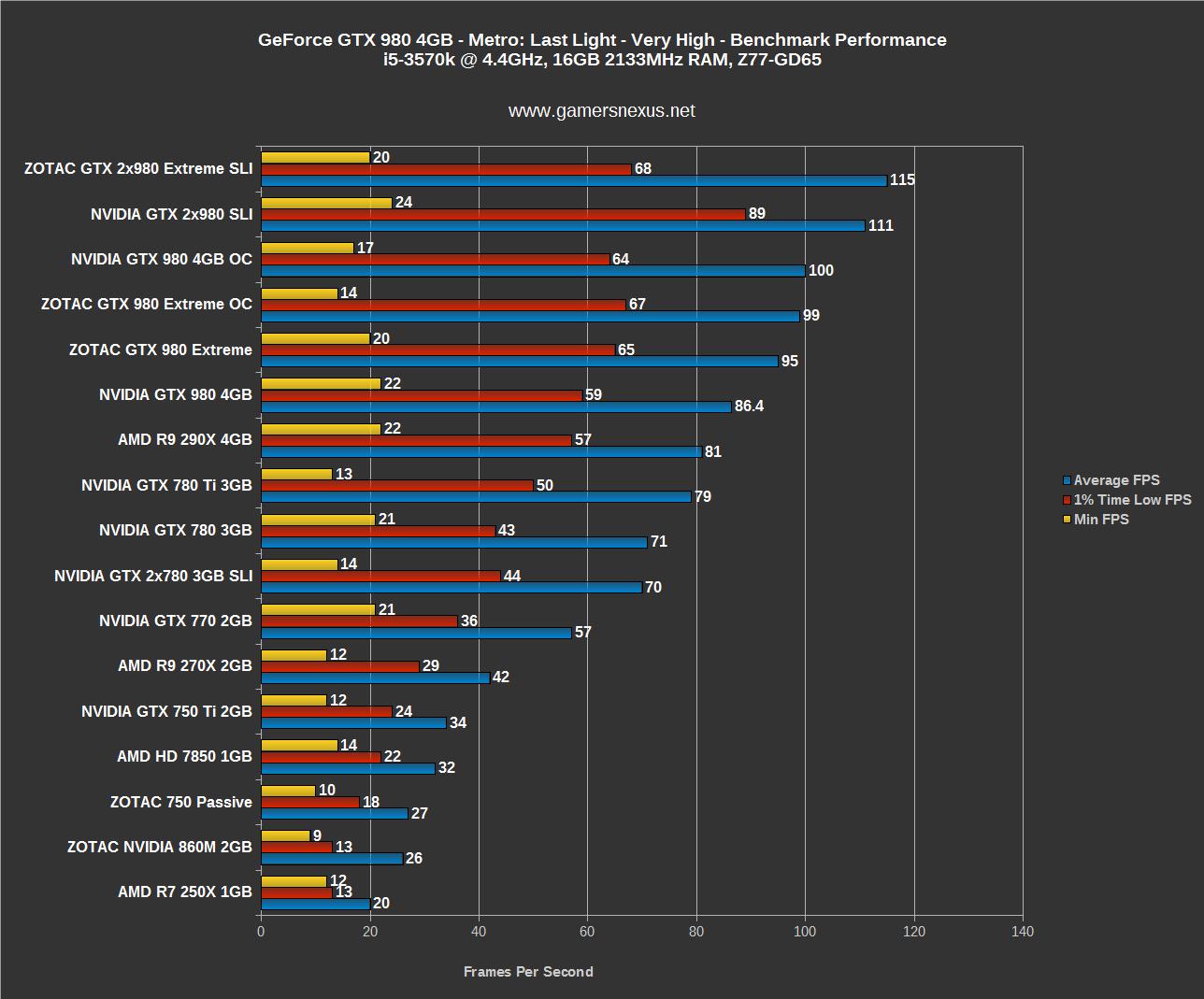 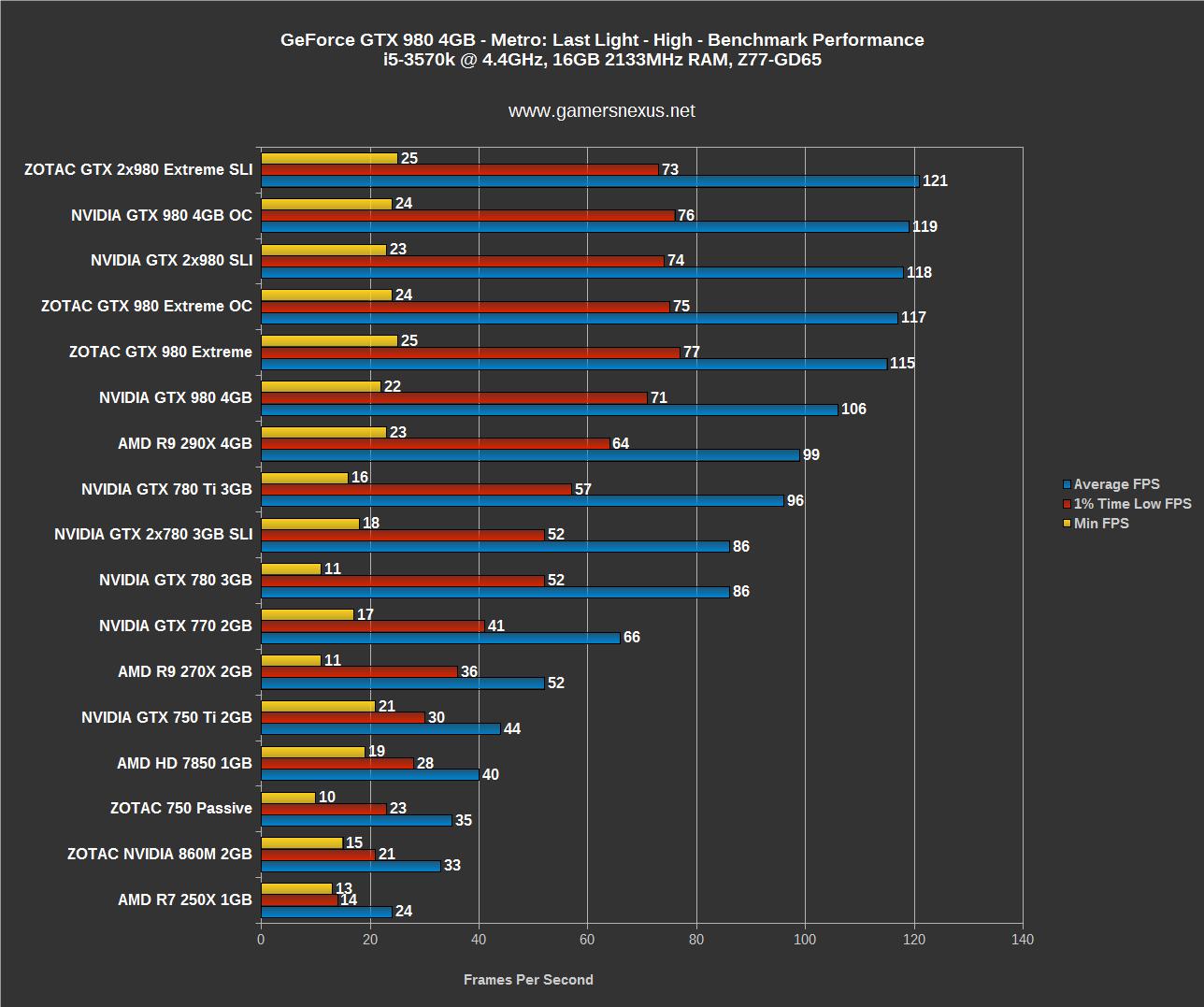 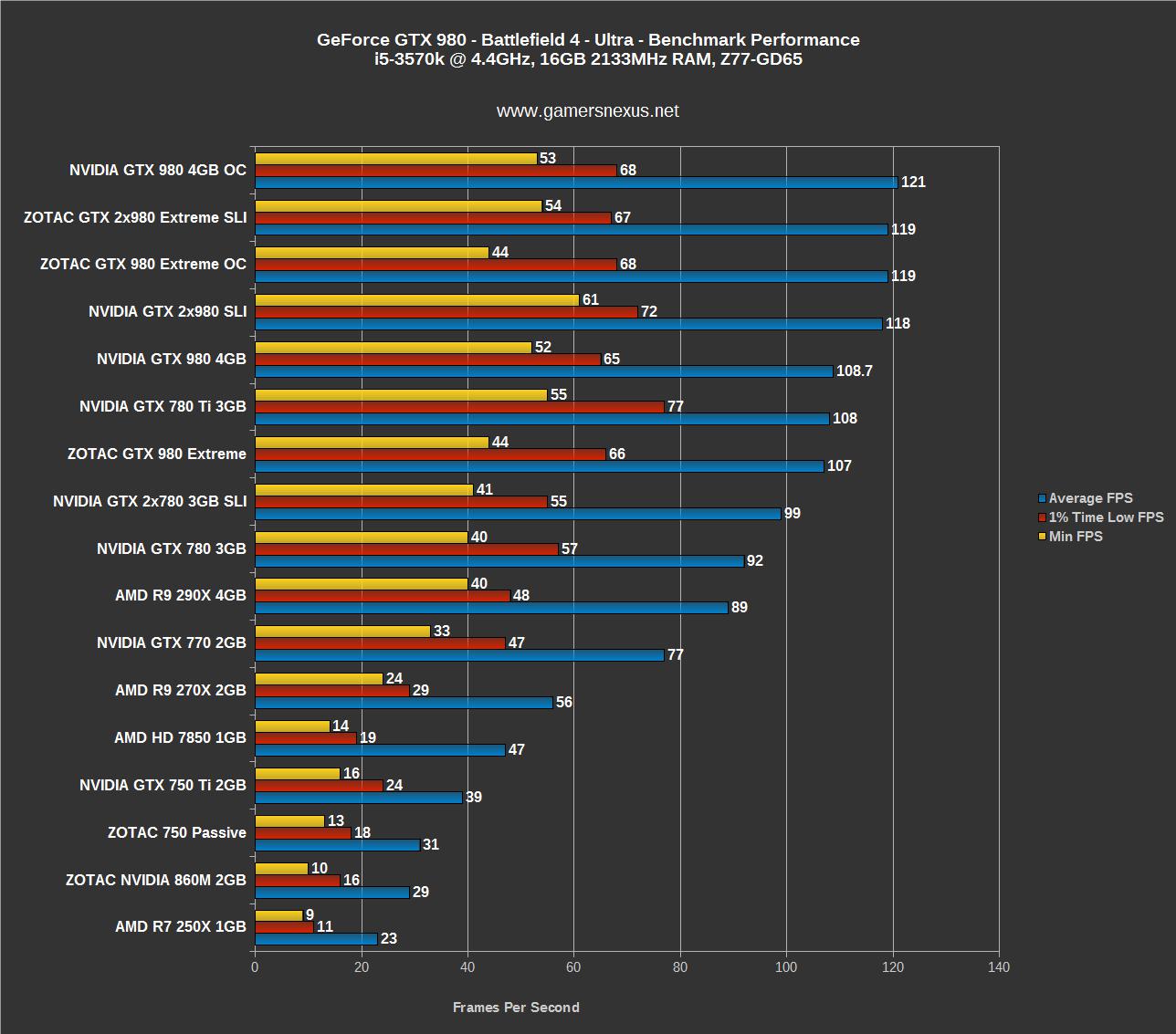 Big gains for OC vs. stock. This is shown in other games, too.

Let us know below if you've run into any technical issues, limiters, or other concerns! Be sure to list your GTX 980 model so that we can assist. If you've overclocked successfully, I'd love to hear the results. We've been able to hit ~1560MHz boost and ~400MHz memory clocks with stability, though I wouldn't run them like that for too long.