Back when it was revealed that Haswell would move more functions to the chipset and CPU, we were concerned that motherboards would become more barren and boring than previously. Motherboards are a composite of a host PCB and various electrical components, controllers, and chipsets. The chipset developed by the CPU vendor can be thought of as the motherboard's brainstem, responsible for handling much of the buses and I/O. Various other chipsets and controllers find their way onto boards, though – especially higher-end options.

When shopping for a motherboard, it's first important to determine the needs of the system being built. Not every computer needs a Z97 or A88X chipset; it's just not necessary. Key factors include:

We've got selections for each major category below, including budget motherboards, mid-range non-OC boards, and OC / high-end boards.

All of the selected Intel motherboards host the LGA1150 socket type. Note that this most recent Intel launch has caused some confusion in the lineup: Intel has historically launched a new chipset and platform with each CPU, ensuring the CPU and motherboard were always upgraded at the same time. The Haswell Refresh and separate Devil's Canyon CPU launches are still compatible with some of the last-gen boards and have the same socket type (LGA1150). Some features are specific to Z97 motherboards and may not be compatible with older CPUs, and vice versa.

We've previously written that the Haswell Refresh CPUs are “worth it” given the near-identical price to the preceding Haswell lineup. The same goes for Devil's Canyon – there's just no reason not to opt for the slight upgrade, given the price proximity.

MSI's B85M-G43 motherboard hosts the Intel B85 chipset, a consumer-class solution without noteworthy overclocking support. Reducing the chipset to a non-Z option allows MSI to divert cost elsewhere, ensuring overall higher-quality components while keeping MSRP down. The chipset may not allow unlocked overclocking, but this micro-ATX board does host room for 4xDIMM slots, PCI-e 3.0 x16 support, an easy-to-use BIOS for new system builders. RAM is supported up to 1600MHz without overclocking headroom, so we'd encourage a dedicated GPU (see options in next paragraph) rather than an IGP, which would be bound by system memory speed.

Mini-ITX Alternative: If you've got $60 to spend and need a mini-ITX solution for a Steam Box of sorts, we'd recommend considering this H81 ASRock motherboard for non-OC Pentium solutions. Note that you'll want a dedicated GPU given the memory speed limitations, so relying on an IGP is not recommended. Something like the GTX 750 Ti ($120) or R7 265 ($130) would match well.

The motherboard is only usable with single GPU configurations, given that there's just a single PCI-e 3.0 slot on the board. An additional 3xPCI-e x1 slots and 2xPCI slots are present. We'd suggest this motherboard for system builders with a tighter budget – probably in the $550-600 range – who intend on purchasing a higher-end CPU, but will stick with a single video card. 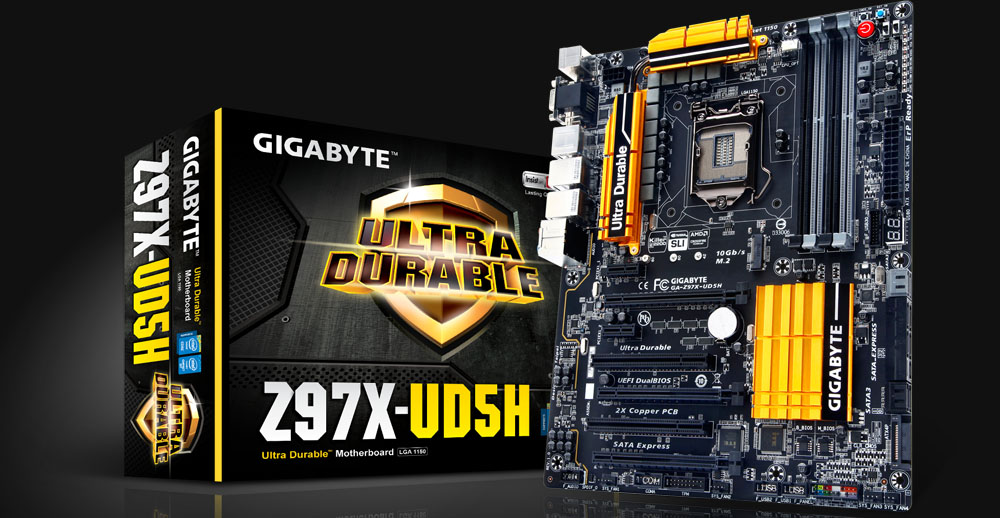 The $130-$150 price-range is the most popular motherboard cost among our readers. It makes sense, too – at that price, you've got a higher-end chipset, flexible overclocking support, room for SLI / CrossFire upgrades, and higher build quality. Gigabyte's GA-Z97X UD5H motherboard offers multi-GPU support with its 3xPCI-e 3.0 slots, hosts a Z97 chipset for fully-unlocked overclocking, uses an 8-phase power design (which is fine for Haswell), and has more USB outputs than most users will ever need.

ASUS has historically reigned supreme of high-end overclocking motherboards, primarily by way of its ROG lineup. The company still has some of the best high-end motherboards out there (and often ships them with voltage tuning tools), but MSI's MPOWER motherboard has taken the high-end industry by force.

AMD's motherboard selection is a bit slimmer than what Intel chipsets offer. In part, this makes the search less overwhelming, though it does mean we run into some limitations for picky buyers.

We found this motherboard during our most recent Black Friday Pre-Sales round-up post, somewhat shocked at its $38 price-tag after discounts and rebates. For the cheap buyer with a tight budget, this $38 option gets you started for building with APUs or CPUs similar to the 760K. MSI's A78M-E45 micro-ATX board won't offer any overclocking options worth noting, though it's got 4xDIMM slots, DDR3 support up to 2133MHz (excellent for APUs), and PCI-e 3.0 x16 support for a single GPU. An additional PCI-e 2.0 slot (x4) is present for add-on cards.

Moving into the A88X chipset, Gigabyte's GA-F2A88X-UP4 motherboard offers full overclocking support with an 8-phase power design and passive heatsinks. CrossFire is supported for users looking to double-up on AMD devices at x8/x8.

Dual BIOS chips ensure safety in the event of a BIOS lock-out or brick during flashing, allowing the user to easily toggle to the alternative BIOS chip. We'd recommend this board for higher-end FM2+ builds (like those using the 860K) that aim to overclock. 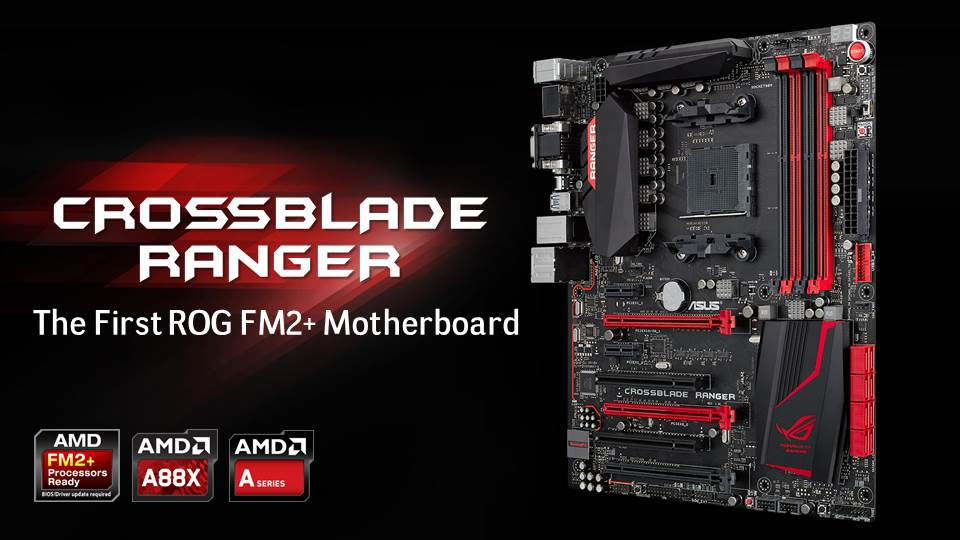 Very few users will have the desire or need to purchase a $150 FM2+ board, but they do exist. ASUS' new Crossblade Ranger motherboard uses the A88X / Bolton D4 chipset and offers full overclocking support, as the UP4 board above does. Somewhat differently, AMD has invested in high-end audio components (“SupremeFX”) for reduced EMI by physically isolating the audio components on the PCB. 8-channel output allows proper surround setups if building for a home theater environment. The motherboard's audio chipset is capable of modifying audio output based upon headphone or speaker impedance (automatically detected), making for a somewhat unique motherboard feature.

If you've got any questions about Intel or AMD motherboard selection, feel free to throw a thread up on our forums for free, expert advice.