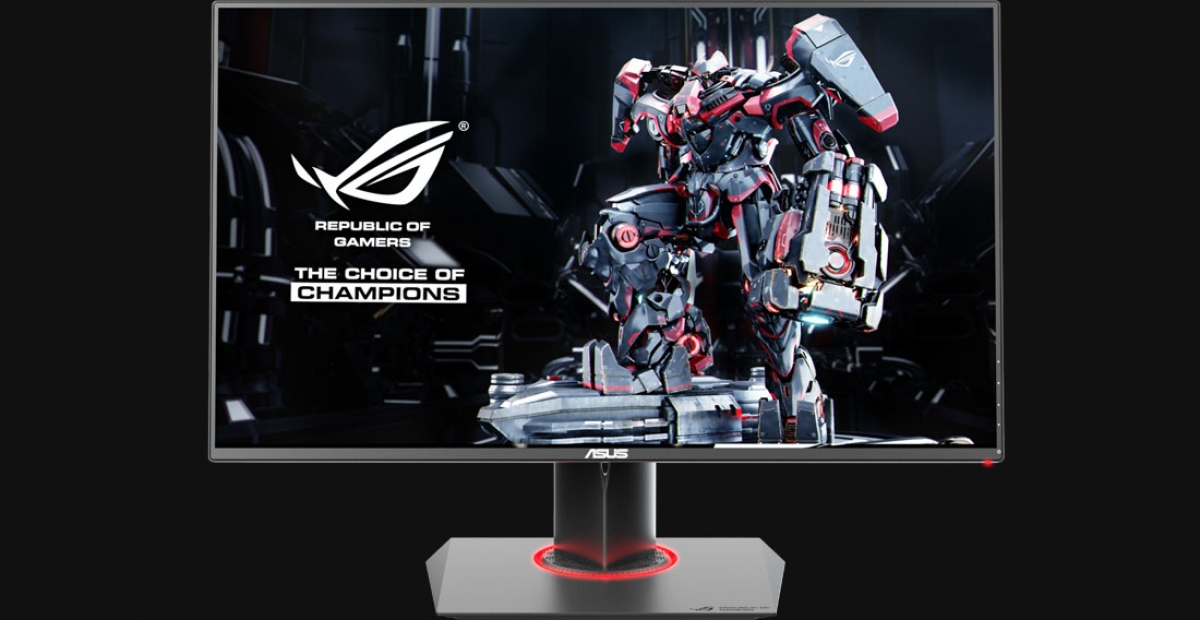 Recently, the monitor industry has amusingly reminded me of laundry detergent. It seems like everybody is coming out with detergents that are four times as potent, and the monitor industry isn't too different in its marketing language. With the rising popularity of 4K, it's just a matter of time until the norm is to have a monitor with four times as many pixels as a 1080p screen.

The normalization of 4k monitors is certainly very exciting, but current-gen GPUs still struggle with playing games at such a high resolution. Similarly, prices for 4K monitors may be dropping, but are still high for the average gamer. Luckily, 2560x1440 screens are a reasonable compromise between performance, pixels, and price.

This round-up looks at some of the best 1440p displays on the market, particularly with a focus on gaming needs.

One of the most budget-friendly 27” 1440p screens is interestingly unique. The QNIX 2710 has a low price, overclockable refresh rate, PLS panel, 8ms response time, and fairly low input latency (display).

The 2710’s most notable feature is that its refresh rate can usually be overclocked to 96Hz+. Hitting 120Hz is rare, but has been reported by some users. For anybody interested, we previously covered how to overclock monitors here.

The Samsung PLS panel sourced for QNIX’s 2710 produces vivid, crisp, and (oftentimes blindingly) bright colors. The QNIX 2710 (this model specifically) has low input delay due to the lack of a scalar. The flip side to this is, since it does lack a scaler, the QNIX requires DVI-D input and converters won’t work. Be sure to check the page to make sure your GPU is compatible – most modern video cards are.

Common issues with the QNIX include excessive backlight bleed, up to 4 dead/stuck pixels, the stand is terrible (wobbly and only supports tilting), and it only accepts DVI-D due to the lack of a scaler. As far as it is known, the QNIX 2710 uses B to A- grade panels that are rejected by name-brands such as Apple and Dell, which is why a couple dead pixels or worse than average light bleed isn’t uncommon. The included warranty is 1-year, but a possible issue is that the monitors ship from Korea, so RMAing a defective monitor could be a challenge. There are multiple versions of this monitor on Newegg and Amazon, with the cheapest version being a surprisingly low $230. This version states it uses an off-grade panel, so whether this is normal off-grade or off-grade quality even for a QNIX panel (off-grade quality of an off-grade quality batch) is unknown.

A more common price for the QNIX 2710 is about $350, so for those less willing to take a chance, such an option exists, and is what we suggest. For those who are particularly cautious, a pixel perfect model is available for $400, certainty a hefty price increase, especially considering the price of the next monitor.

For about a $50 increase in price, BenQ offers a 27” solid performer. The primary advantage to the BenQ GW2765HT is its verified warranty, superior stand, and better general adherence to panel quality.

With a response time of 4ms, refresh rate of 60Hz, ISP panel, and LED backlight, the BenQ GW2765HT makes as solid standing as a budget-oriented and name-brand 1440p monitor. It also does support panel overdrive, which can help reduce motion blur – an issue on many IPS/PLS panels. While there are no major downsides to this monitor, there also aren’t any particularly stellar offerings; it’s simply a good all-around monitor that will do well for 1440p gaming.

Stepping up price a little, we find the 27” Asus PB278Q sitting comfortably at $450. The Asus PB278Q is like the other monitors in that it is 1440p and LED backlit, but hosts one primary difference: ASUS uses a Samsung PLS (and not off-grade quality like the QNIX) panel, which will produce bright and vivid colors without the same lower-quality issues exhibited by the 2710 above.

PLS, being quite similar to IPS, does have higher response times than TN panels usually do, and the Asus PB278Q is no exception with a response time of 5ms. It’s respectable, but nothing to write home about. ASUS includes a durable and ergonomic stand that’s easy to adjust. The Asus PB278Q is currently $450 at Amazon.

For gamers with a similar mindset to my own, color accuracy is especially important when gaming because it creates a more engaging experience. The Dell U2713HM satisfies this by being a 27”, 1440p IPS monitor that is especially adept in color reproduction.

Featuring 99%+ of the sRGB space, the Dell U2713HM will satisfy gamers picky about color. Fear not, though, it is 60Hz and has a response time of 8ms, so gaming isn’t hindered significantly. Currently, the Dell U2713HM sits at $570 at Newegg and $580 on Amazon.

For gamers looking for a truly gaming-oriented monitor at 1440p, there is presently no superior option outside of the 27” Asus PG278Q ROG Swift. The ROG Swift is the only 1440p, 144Hz monitor. To add to that, it has a response time of 1ms.

For most people who purchase the ROG Swift, the most notable feature will be nVidia G-Sync. We have covered G-Sync previously here for anybody who doesn’t understand G-Sync/variable refresh rates. G-Sync does require an nVidia GPU and a DisplayPort connector. The Asus ROG Swift only has a DisplayPort input given G-Sync limitations.

The downside to this monitor is that it uses a TN panel, so viewing angles and color won’t be as good as an IPS/PLS panel. With the Asus PG278Q ROG Swift being one of a kind currently, it is priced at $750, a price that would make at least a few hesitate to purchase it.

1440p monitors have been increasingly popular recently due to GPUs being able to achieve playable frame rates at 1440p, but still struggling with most games at 4K. 1440p also allows 144Hz refresh rates, an arena where 4K can’t compete.

The best part of 1440p -- for me, at least -- is simply having more usable space. It’s handy for productivity and produces better gaming visuals when games actually put the effort in for high-res textures.

I do hope that the monitor industry continues in its race to provide 4 times as many pixels as it advances -- I’d be able to keep reusing my laundry detergent intro.