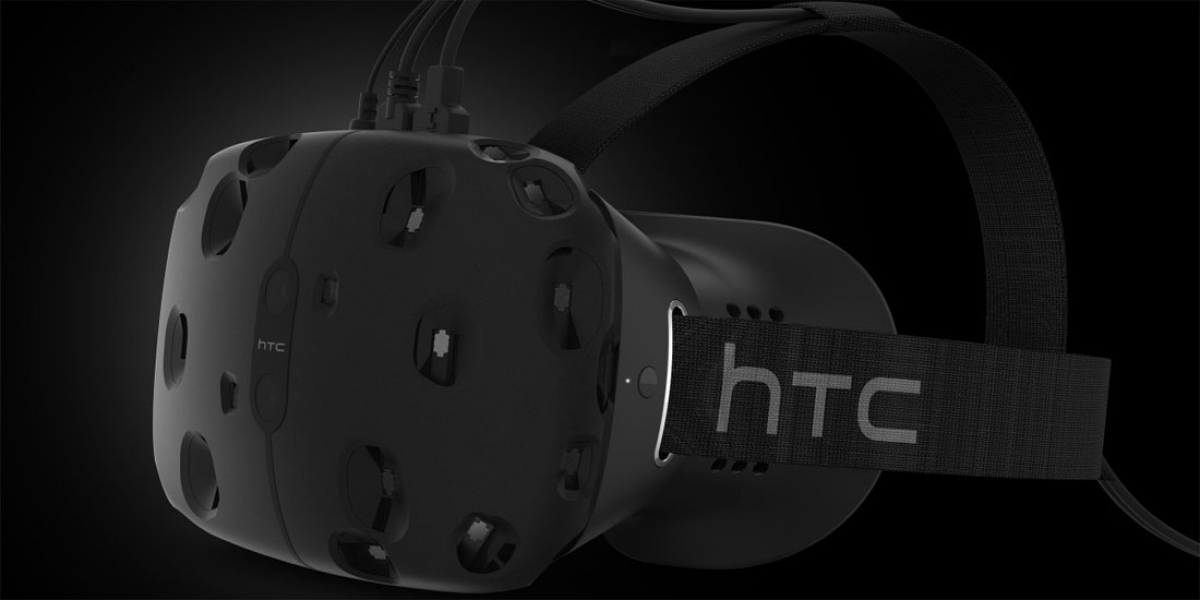 Stepping into Valve’s full-room virtual reality experience resulted in a nervous excitement that's rare to come by. Seated quietly in the center of the room, HTC’s “Vive” HMD, a pair of controllers, and a headset all awaited my arrival.

To be clear about the setup, Valve’s VR solution is a full-room experience with full body movement tracking. This requires a few components: HTC’s “Vive” head-mounted display, two IR scanners (“Lighthouse”), the two controllers, and a system. The Lighthouse scanners – currently using lasers, but soon IR – evaluate the environment and the user’s body, interpreting it in 3-dimensional space. The head-mounted display hosts IR receivers that communicate with the host and Lighthouse, keeping the game updated with the user’s whereabouts and head positioning. Full body motion tracking is enabled in this regarding, allowing free movement around the physical, real-world environment that is translated into in-game motions.

We don’t yet have the more defined hard specifications on Valve and HTC’s creation – much of it is still being finalized in development – so this article will focus on the experience.

In its current prototype form, Valve’s VR solution requires some assistance from a guide to fully don. The test unit hosts a tether and is fully wired, though we’re told that the final model will shed cabling wherever possible. Our guide had me sit down while he equipped my VR armor: The belt and tether were first, then the HMD, then an audio headset, then – while looking through the HMD – I saw two virtual controllers appear. I was struck with a desire to reach-out and grab them, but – shy of looking the fool – I kept my hands to myself. This, I figured, was just an on-screen rendering for tutorial purposes.

Nope – my Valve guide had attempted to hand me the controllers, patiently waiting for me to catch-up.

Fully equipped, I was told to stand and attempt walking. I didn’t find movement jarring or difficult in any respect and quickly picked-up the confidence to escalate from a shuffle to a cautious walk. Remember – at this point, I had absolutely no perception of my external surroundings, fully immersed in relatively visual-surround gaming space. Truthfully, this provoked a bit of hesitance as I wondered when I’d smash into the room’s walls; my guide’s voice came over the headset, informing me that a blue boundary had appeared in the gaming space as a “safe zone.” This zone would keep me far enough from the walls that arm extension should still exclude a collision, though stepping outside of this zone ran the risk of bumping into something.

I was told to do just that. Taking a careful step out of the boundary, a holodeck-like grid appeared vertically surrounding me, providing an understanding of where the physical world’s walls resided.

Boundaries and movement basics established, I returned to the center of the room and looked around, revealing the modeled push-to-start button in 3D space. 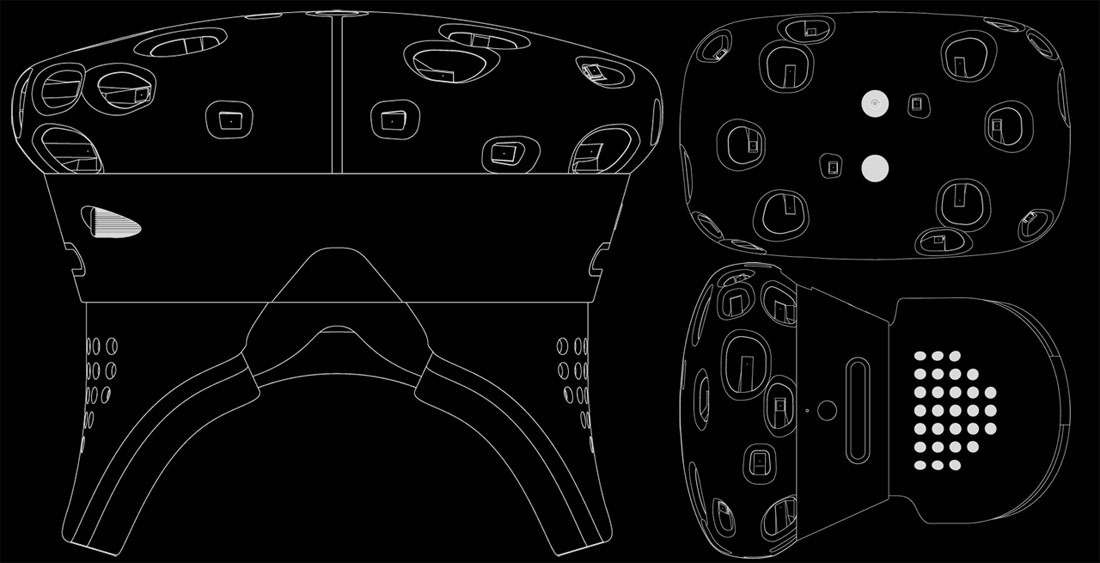 The VR games were simplistic in nature and purpose-built to build the player’s self-confidence in using the device. My first full-room VR experience had me positioned on the bow of a sunken ship, looking out as a whale swam past. The 3D depth grew on me as my eyes adjusted and my perceived distance from objects felt correct – the whale seemed a few feet away from me, just out of grasp, and I had no internal signals telling me I was close enough to make physical contact.

I did, however, have some inhibitions that initially kept me on the ship’s deck. The virtual railing sat in front of me, but there’s obviously no collision in this game space. I said to my guide, “I want to step over the ledge, but it feels a bit weird.” I didn’t have a better word for it. His voice came over the headset, “you don’t have to.”

Now I did. I took a step out, then another, and stood floating over the edge of the ship. That internal mechanism told me not to do these things, but the other part of my brain – the part that knows better – was reminding me that it’s a game and, in my defiant nature, that I should go against those inhibitions.

Truth be told, there was a sense of accomplishment in overcoming that brief hesitance. AR technology is already in use for overcoming phobias, but this makes it clear as to the potential efficacy of an AR/VR solution for such matters.

Another demo, “Job Simulator,” dropped me into a kitchen as a chef. “Make some soup,” I was told.

Pressure. I’m admittedly incapable of such tasks in the real world.

“The instructions are on the screen.”

Whew. I threw the tomatoes, mushrooms, and salt shaker (yes – the entire thing) into the pot, though I was corrected that I could flip the shaker over to physically shake salt into the container. In a bout of experimentation, I began juggling tomatoes by tossing them into the air with one hand, then grabbing the trigger in the other. Not so bad.

The painting demo turned the dual controllers into palettes and brushes. A quick rotation of the left wrist revealed additional tools for easy access, using the right controller to ‘shoot’ and select colors, brushes, or erasers. I painted a few squiggly lines – there’s a reason I’m a writer – and then came to a realization: This is 3D space, and here I was treating it like a 2-dimensional canvas.

“It helps to think of it more like sculpting,” the omnipresent, unseen Valve voice told me.

The colors were vibrant and fun to paint with, getting me excited about ‘drawing’ for the first time in years. This demo – and all the others – tracks the player’s hand positioning relative to the player’s body, so we can stand in one spot while painting, say, one foot away versus three feet away, both without moving closer.

Then there was the Portal demo. This was more of an interactive cutscene, but had me cracking up at the usual GLaDOS commentary and death puns. The floor fell out from the edges of the room, restricting movement space, and I was again overwhelmed with a desire to cross the ledge in defiance of human inhibitions – an indicator that the brain is, to some level, being ‘tricked’ about perceived danger and depth.

It was fun. Every moment, my thoughts bounced between intrigue, excitement, and embarrassment for how stupid I must have looked externally.

I guess Valve can’t fix all of our problems.

Although I experienced minimal disorientation and no sickness during the demo, the post-demo was a bit interesting. My guide had me stand still while he reclaimed all the gear safely, and upon removing the headset, I had a quick introduction back to reality.

The conclusion of the demo introduced a unique concept: I existed in two worlds simultaneously, and it felt like it. Looking around my real environment, I still felt like there was a VR headset on my face. My eyes were adjusting. Everything felt a bit warped around the edges and close, and as my guide gestured and excitedly discussed the experience with me, I had an incredibly odd, disoriented feeling that I was still in a game. Jeremy seemed oddly like an NPC – I’d attribute it to my depth perception, still adapting and sort of flattening everything. My sense of reality was still in the process of returning as I internally reminded myself that the headset had been removed.

Very uniquely disorienting in a non-threatening, non-sickening way – just a strange one. Interesting. Weird. Cool, though.

There are a few obvious concerns here, and the first is price. We don’t know what the setup will cost yet, but we know it will be affordable to consumers considering the once-tremendous cost of VR. Still, there’s no way this setup has a lower BOM than, say, a simpler Oculus Rift or OSVR solution, and that cost is passed on to the consumer. That’s not to say the price won’t be fair, but it also won’t be for everyone.

Further, there’s the constraint of physical room space. This could bring back the concept of location-based entertainment in some regard, especially outside of North America where there’s more limited real estate. The product requires a relatively empty, moderately-sized room for comfortable play, and not many people have one of those lying around.

There is also almost certainly a user restriction. One of our own staff voiced concern with nausea or motion sickness, something he battled in the simpler Rift demo. Others will also be less capable or willing to overcome disorientation and sickness while using Valve’s VR. That said, I had no problems other than the one mentioned a few paragraphs up.

VR Will Happen – This is Not a Fad

This isn’t like the 3DTV fad. VR is real. Virtual Reality has been around for decades, but hasn’t been affordable until very recently.

We’re at the very beginning of a VR revolution and, as someone who previews a lot of hardware and is rarely impressed, I can plainly state that Valve’s VR solution has me excited and curious. Whether or not this product is the direction we end up going as an industry, Valve proves the concept that fully-immersive, expectations-shattering VR is not only possible, it exists.