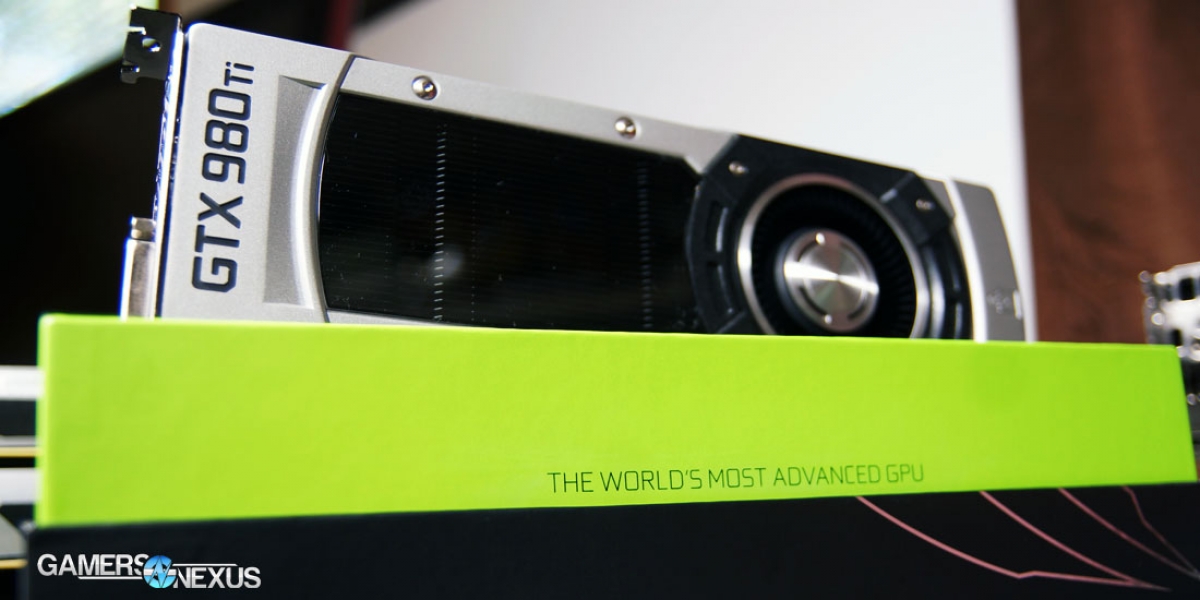 We already know ACU and Far Cry 4 consume massive amounts of video memory, often in excess of the 2GB limits of some cards. GRID: Autosport and Metro: Last Light provide highly-optimized benchmarking titles to ensure stability on the bench. Shadow of Mordor, GTA V, & Battlefield Hardline (not shown here) are new enough that they heavily eat RAM. 3DMark offers a synthetic benchmark that is predictable in its results, something of great importance in benchmarking.

For overclocking, we configure the power percent target to its maximum value before adjusting voltage to its own max setting. The 980 Ti allows 110% of base power to be supplied to the GPU for overclocking and seems to hover around 1.187V after overvolting. We then slowly increment clockrate, observing for visual artifacting or catastrophic failures throughout the process. Each increment is left only for a few minutes before moving to the next step. We're eventually confronted with a driver failure, at which point the clockrate is backed-down and then endurance tested for 20-minutes using Kombustor.

Kombustor, an MSI-branded Furmark, is used for burn-in testing and stability. Running Kombustor forces the GPU to see 100% utilization, which evokes the highest boost clock possible under the current clock settings. We left the memory clock to +500MHz, though it could assuredly be pushed further.

The results are above.

We were able to achieve a stable frequency at +255MHz over base (1000MHz), achieving an output of 1444MHz max boost clock. Voltage throughput was logged at 1.187V.

Let's look at the performance difference after overclocking.

The GTX 980 Ti pushed an impressive clockrate over base, resulting in great gains in some games. The Witcher 3 at 4K sees a jump from 33FPS average to 40FPS average, with a massive 2x gain in 1% low FPS. At this point, the game becomes truly playable at 4K after lowering foliage viewing distance, bringing the framerate closer to 50FPS.

Shadow of Mordor also produces a ~10FPS gain over base and noteworthy gain over the TiX base at 4K.

GRID: Autosport is a bit of an anomaly with the 980 Ti, and I'm not entirely sure why. This is the one game where we see a large disparity in framerate between the Titan X and 980 Ti, and that continues here; gains are still noteworthy after overclocking, though.

The overall performance gain sits at about +19% for the GTX 980 Ti, a marked improvement with minimal effort. Note that the reference cooler is throttling us at this +255 configuration and could become a concern for longevity of the GPU. We haven't received any yet, but aftermarket GPU coolers designed by board partners should greatly improve overclocking potential. EVGA's liquid-cooled 980 Ti looks particularly promising.