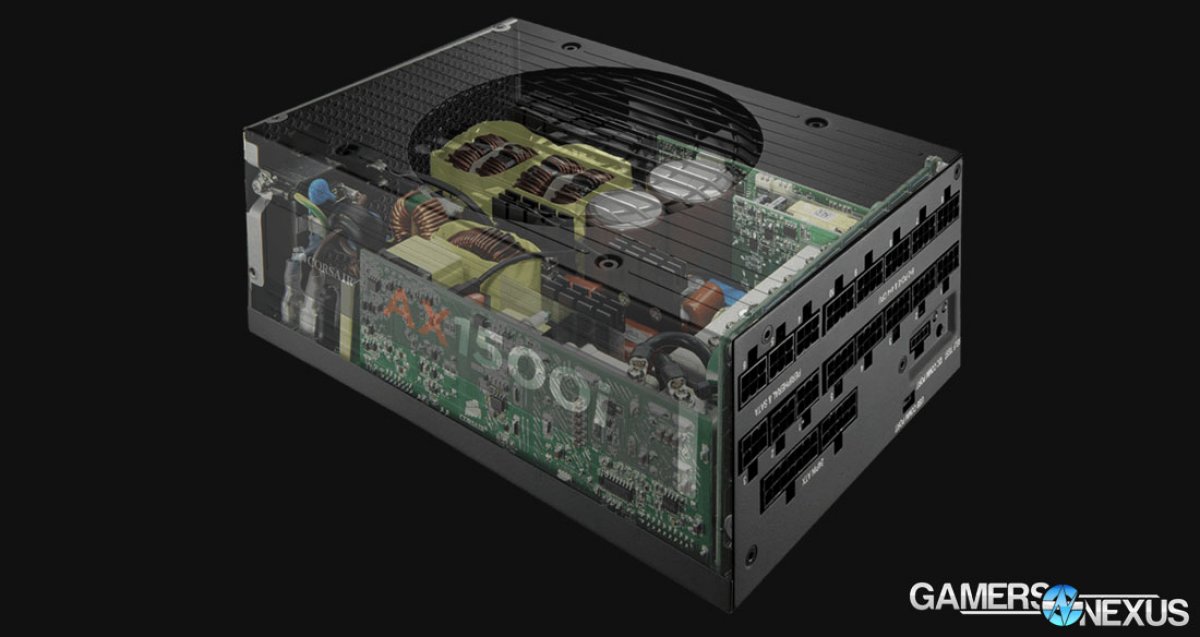 Let’s be real: Power supplies are sometimes seen as a dry subject; after all, there aren’t watercooling blocks for them... Well, at least the crickets like my humor. Regardless, power supplies are full of nuances which can intimidate new users and those unversed with the intricacies of a good PSU. In order to remedy this, we’ve previously provided our PSU dictionary and various articles to inform those interested. For those less than ecstatic about learning about voltage ripple and similar terms, we’ve assembled today’s list of power supplies at various price points and wattage levels so that picking out a PSU is easier.

This guide aims to provide a reference point for selecting the best gaming power supply at various budget and wattage levels, spanning 500W to 650W to 1600W.

Let's start with a quick-reference table, then dive into the specifics:

While buying a high-end PSU is always something I’d like to suggest, there is a time and place for budget power supplies – like budget builds. We’ve chosen the EVGA 500B ($50) for our budget-friendly, 500W PSU. While it doesn’t have any real frills, it has the basic over-voltage protection (OVP), over-power protection (OPP), short-circuit protection (SCP), over-current protection (OCP), and under-voltage protection (UVP), all items that we consider “required” for any PC.

The 500B can provide up to 480W on the 12v rail, ensuring ample wattage for a moderately power-hungry GPU and CPU. Active power-factor correction (PFC) is also a feature that is sometimes excluded in units of this price point, but is present on the 500B.

The EVGA 500B is 80 Plus Bronze certified and comes with a three-year warranty from EVGA. EVGA also boasts that the 500B can provide 500W at 40C, although it doesn’t have over-temp. protection (OTP), so I wouldn’t suggest using the 500B in a situation in which it’ll get hotter than 40C – although I wouldn’t expect that to be many. For a basic PSU, the EVGA 500B fits the bill and is available at just under $50 on Amazon and Newegg. 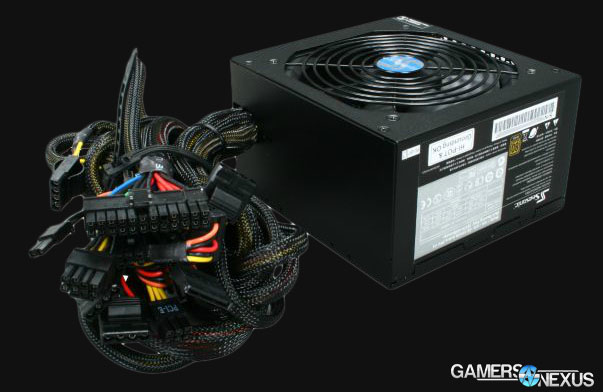 The EVGA 500B is a good budget model. It doesn’t set records, but performs admirably for the cost. For those looking for a bit more “premium” PSU but want to remain within the same-ish budget, the SeaSonic S12II 520 watt is a solid choice. It is similar to the 500B in that it can provide sufficient wattage on the 12v rail and has OVP, OPP, and SCP. The SeaSonic S12II 520 watt is also 80 Plus Bronze certified and ready for S0iX and other Haswell idling/low-voltage power saving functions.

The PSU uses all Japanese capacitors rated for 105C (Japanese capacitors are generally considered to be higher quality), although other parts of the PSU would be in trouble before hitting 105C. The lifespan of the capacitors is still lengthened by running at temperature below their threshold. The PSU is rated for continuous power at 50C. Seasonic also has a longer warranty of five years to back-up the S12II. Currently, the SeaSonic S12II 520 watt is available at Newegg for $54 and is a good choice for most single GPU systems. 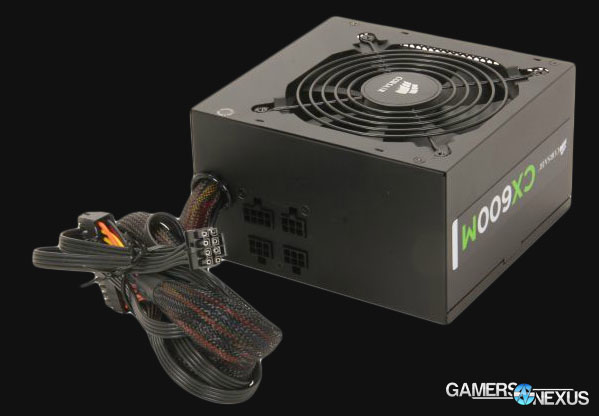 This is where a lot of power supplies will fall for modern, high-end system builds. Most video cards, the GTX 980 Ti included, will operate efficiently on a 600W PSU if coupled with the average Intel CPU. For this wattage, we recommend Corsair’s CX600M, a modular, 600W PSU at ~$60 to $70. This PSU is also 80 Plus Bronze certified, offers active PFC, and the regular list of protections. The CX600M uses a single 12v rail and is rated at upwards of 85% efficiency. 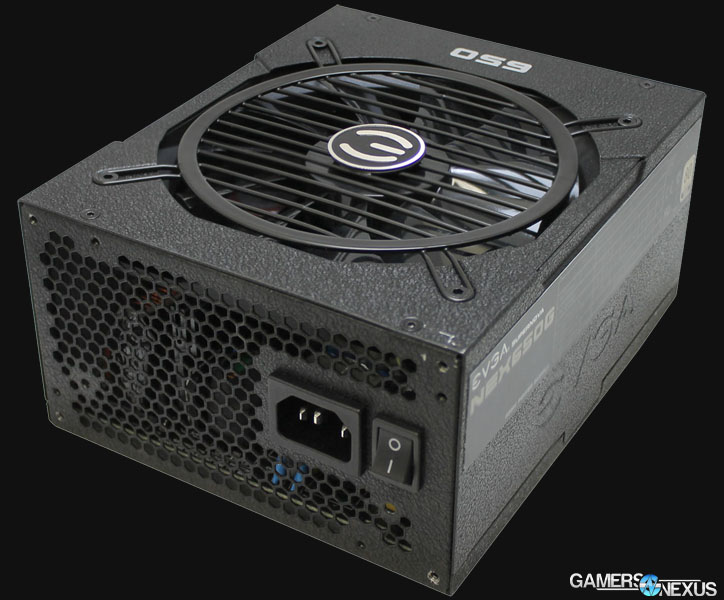 For those who want about the same wattage as the above, but prefer a higher-end SKU, EVGA’s 80 Plus Gold G1 PSU is available for $86. This PSU has a host of high-end features, but most notable is its 10-year warranty -- long enough to ensure use across multiple systems going forward. The PSU uses a “skate grip” black finish and a stylized fan grill and is readily presentable in any PSU-exposed build. The cables are fully modular (including 24- and 8-pin headers) for ease cable management, using all black wiring and sheathing to better blend with builds.

As for the specs that matter, it’s a 650W PSU with 4x +12v rails, a 90% efficiency rating (80 Plus Gold), OVP, OLP, and other protections. The cooling uses a double-ball bearing 135mm fan, providing relative silence and long-life cooling (thanks to ball bearings). We can strongly recommend this PSU for users with a bigger budget for the power supply.

If you need more wattage for SLI but like the idea of the G1, EVGA also makes the 750W B2, a reasonable purchase at $90. 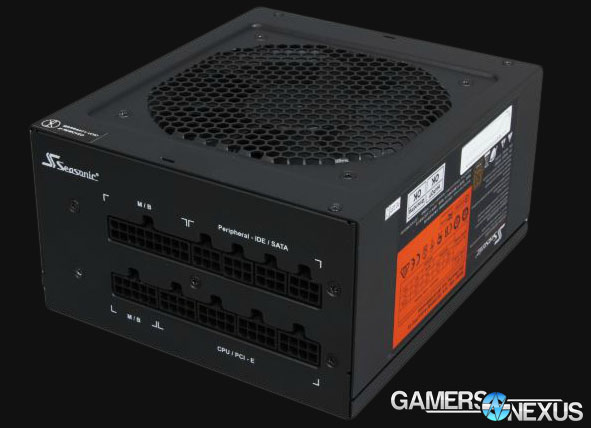 For users that are going to use two high-end GPUs, such as 2x 980 Tis, an 850 watt PSU provides ample wattage, room to overclock, and room for other higher-TDP components. It’s certainly possible to get away with less, but when buying two high-end GPUs, being a bit cautious in the power supply department isn’t unreasonable. We’re also assuming that users buying 2x GPUs are likely using multiple hard drives and/or overclocking the CPU and GPU.

This PSU also has OCP, OPP, OTP, OVP, SCP, and UVP protections – as it should at this price point. Like its smaller brother, the M12II 850 Evo has a five-year warranty. For $110 on Newegg, it’s competitive and a good pick for high-end, multi-GPU systems. 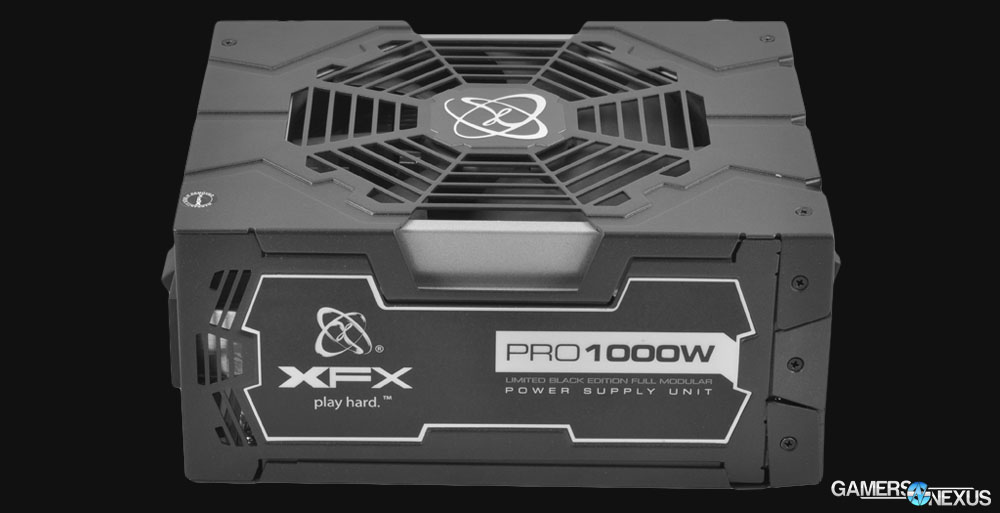 For 1000 watts, we’ve picked out the XFX Proseries 1000W PSU. Two of the largest differences between this and the previous PSUs are efficiency and wattage supply. The XFX ProSeries PSU has an efficiency of 80 Plus Platinum and a 1000 Watt rating. As rated wattage goes up, efficiency becomes more important, as 20% of 500 watts is just 20 watts to cool with a fan, but 20% of 1000 watts is 200 watts, which becomes a bit more problematic due to having to still conform to the ATX standards (which means fan sizes have limits). For this reason, as wattage goes up, it becomes more important that a PSU has at least decent efficiency for easier cooling of wasted power.

Of course, at this price point, full modularity is present, as are Japanese capacitors (once again, rated for 105C). It also has all of the expected protections, such as OCP, OPP, OTP, OVP, SCP, and UVP. The largest difference at this level is wattage (1000 watts), warranty, and price. At these price points, 5- and 10-year warranties are common and, as expected, the ProSeries 1000W has a five-year warranty. The XFX ProSeries 1000W is currently available on Newegg for $200.

The 1300 watt pick is a bit interesting. Currently, the EVGA SuperNOVA G2 1300 is available at Amazon for $190, which is very good value. It has most of the standards at this price point: Japanese (Nippon Chemi-Con) capacitors, full modularity, a long warranty (10 years), and protections such as OPP, UPP, OVP, UVP, OCP, SCP, and OTP. It is also, of course, rated for 50C, which is hot, even for a high-end PSU. The only real caveat to the EVGA SuperNOVA G2 1300W is that it is 80 Plus Gold. This means that, compared to an identical PSU that’s 80 Plus Platinum, it will put out more heat. While efficiency is very important at this price point, 80 Plus Gold is still reasonable and, at the price point of $190, the EVGA SuperNOVA G2 1300 is a good choice for those needing a high-wattage PSU.

For those interested in a more efficient power supply, the Rosewill Quark is a 1200 Watt PSU that’ll perform similarly, with the advantage that it is 80 Plus Platinum and is available for $220 on Amazon and $240 on Newegg, with a 15% off promo code that brings it down to $204 (lasts until 9/21). The disadvantage is that it has a higher price, is 100 watts less, and has a warranty of five years instead of EVGA’s 10. 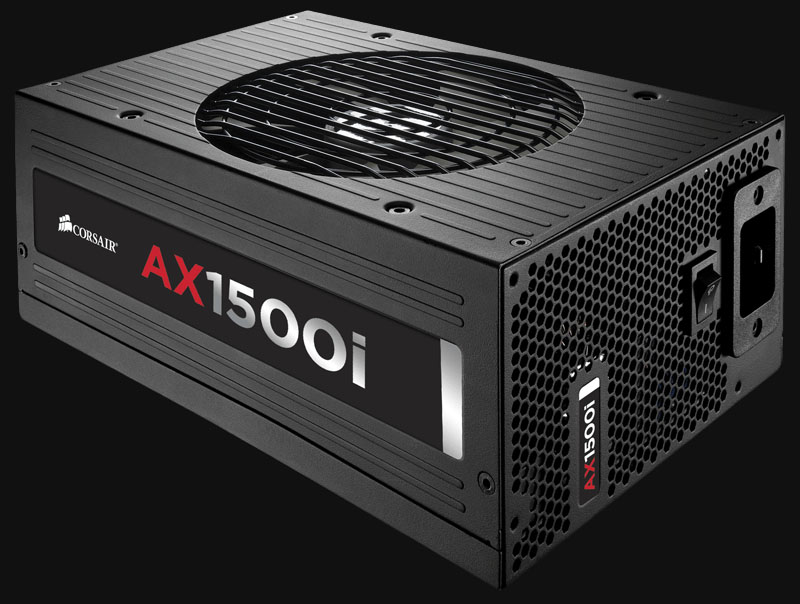 This one’s really just for fun. We can’t think of any reasonable, consumer assemblage that would demand such a high wattage.

For those needing 1.21 jigawatts to power their Deloreans, only the most overkill of power supplies is good enough. EVGA went out for blood with the SuperNOVA P2 1600W. The P2 1600 is, obviously, 1600 watts; it’s also rated for 80 Plus Platinum, is fully modular, uses Japanese capacitors (Nippon Chemi-Con), offers a 10-year warranty, and all the protections that are expected at this price point (OVP, UVP, OCP, OPP, SCP, and OTP). This power supply is impressive, with only one real downside: price. While the EVGA P2 1600 watts may be an amazing PSU, its price reflects that at $385 on Newegg and Amazon. EVGA also has a higher efficiency, 80 Plus Titanium version of this PSU currently available for $430 on both Amazon and Newegg.

The Corsair AX1500i also is healthy competition, with the interesting feature of Corsair Link integration. While it has an 80 Plus Titanium rating, its price of $400 on Newegg makes it a hard sell for users who don’t put much value in Corsair Link. As far as consumer PSUs get, these are the most wattage and highest performing power supplies available. Again -- not particularly useful for the overwhelming majority, but fun to look at.

If you need assistance selecting a power supply (or other components), leave a comment below or check our forums for direct, expert, free PC build support.