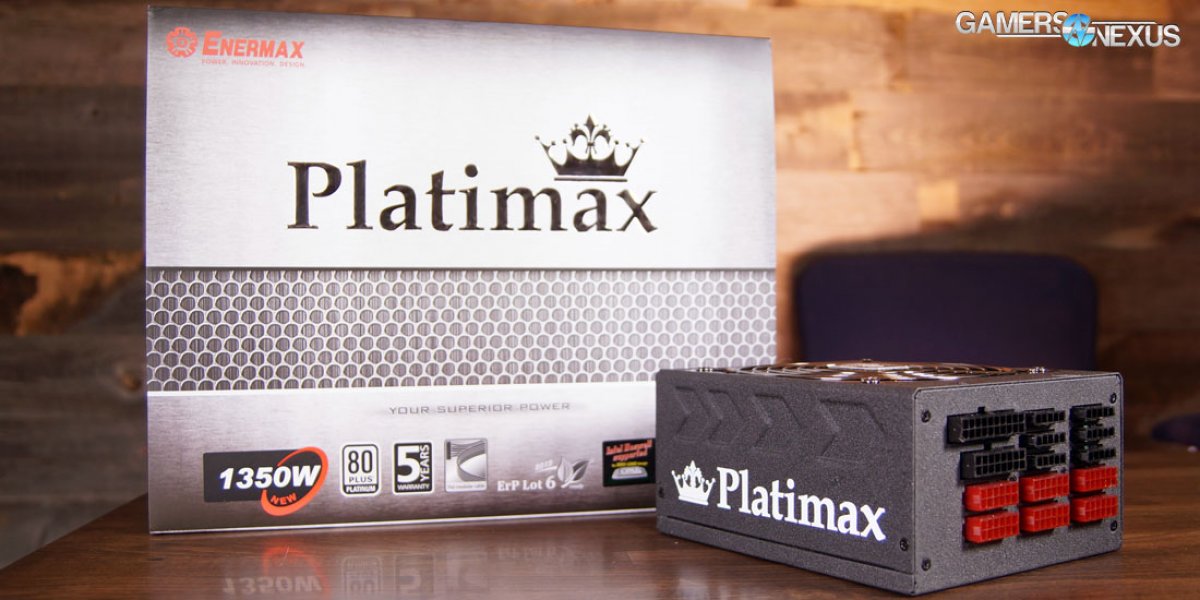 Saturation of our test PSU does affect watt draw in the form of efficiency. SLI/CrossFire configurations, despite consuming the most power, will trend toward peak efficiency on the high-wattage unit. Small adjustments would have to be made to extrapolate for precise watt draw / builds. See above / previous page for more information on this.

You'll notice we did not test GPUs for idle. This is an artifact of old methodology that we are revising as we continue to shift our bench hardware to an updated rig. Because we no longer have access to the Fury X or R9 380 (non-X) and R9 390 (non-X), we maintain older power consumption methodology for GPUs. This is in exchange for keeping the once-loaner hardware present on the bench, as moving to idle/load testing on the new equipment would force-out the now-unavailable hardware. Going forward, we will be adding idle power consumption measurements for GPUs.

For CPU testing, we looked at the following products:

CPUs were left at stock clocks for this test. As mentioned elsewhere in this article, overclocking will increase watt draw and should be factored-in to PSU selection (add overhead if planning to OC considerably).

These system templates are mostly just thrown together from parts we have access to, but they're reasonably built and represent what we think would occur in the real world. We carefully created a mix of AMD/Intel/nVidia components to best fill the power draw gaps between each configuration. The PSU used in every bench was the same for testing – we would, obviously, recommend lower wattage PSUs for these configurations.

Windows 10 was used for all systems. The same peripherals and monitor were used for all systems (ASUS MG278Q, Tt eSports Poseidon Z keyboard, Logitech G502 mouse). Some components were provided previously by manufacturers for tests, all of whom have been named in the “Courtesy of” column. iBUYPOWER and CyberPower additionally provided some CPUs for these tests.

System 2 (note: Same Z97 motherboard was used for all Haswell/DC systems, despite the fact that an i3-4160 CPU should not likely be paired with this motherboard; this was for testing purposes and, simply, availability purposes):

System 4 (Note: Dual 380X chosen for AMD representation and to look at other power draw scenarios):

This testing was made possible by sponsorship from Enermax.

GPU power consumption was conducted using our Z97 test bed, as defined below. The power supply used was Enermax's high-end Platimax PSU, with 80 Plus Platinum-rated efficiency. To create a workload similar to a real-world gaming environment, we deployed 3DMark FireStrike Extreme, looping the Graphics 2 benchmark. This benchmark places the GPU under 100% load that, although synthetic, closely resembles a gaming workload.

This benchmark was left to run for 20 minutes, allowing for load and heat generation over the test period. Power draw was recorded manually from a wall meter. The benchmark does not heavily load the CPU and is primarily a demonstration of GPU power consumption under 100% load.

Overclocks were applied where defined. For each overclock, we have in-depth tables of overclock stepping and the process used to achieve the frequency. These tables are found on individual video card reviews.

CPU power consumption was conducted using test benches with platform modifications as dictated by CPUs. The power supply used was Enermax's high-end Platimax PSU, with 80 Plus Platinum-rated efficiency. To create a replicable, constant load on the CPU, we used HandBrake encoding of a 4K video file captured at 50Mbps during a Battlefront gameplay session. This benchmark places the CPU under 100% load that resembles a processor-intensive workload.

The benchmark was left to run for 10 minutes, allowing for load and heat generation over the test period. Power draw was recorded manually from a wall meter. The benchmark is primarily a demonstration of CPU power consumption under 100% load.

All power saving features, including C-states and APM, were disabled for these tests. This was to create a reliable, replicable load in a worst-case out-of-box scenario. Overclocks were not applied for our CPU power draw benchmarks.