Do UltraWides Give an Advantage in Games? Are They Compatible? 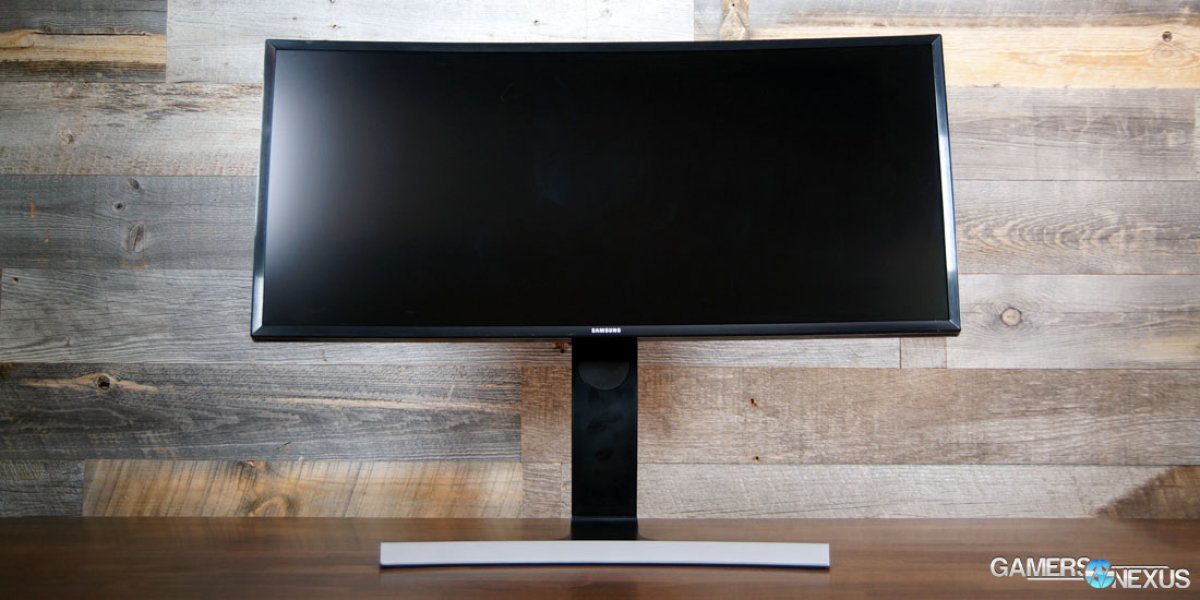 We recently proved the viability of UltraWide (21:9) monitors on an equally ultra-wide range of video cards, with performance benchmarking indicative of playability on lower-end hardware than might be expected. 21:9 resolution displays have seen a resurgence of interest lately with slowly dropping prices at the low-end and increasing GPU performance.

We've lately used the ~$1300 Acer Predator X34 and ~$540 Samsung 29” Ultra-wide; following more hands-on gaming experience, it made sense to address a new question: Do UltraWide (21:9) monitors give an advantage in gaming? We'll be looking at this topic from two angles – the competitive and the immersive aspects – using a 2560x1080 and 3440x1440 set of UltraWide displays.

Advantage of 21:9 Displays for Gaming

Before even getting to the question of immersion and competitive edge, compatibility dominates much of the forum discussion when it comes to 21:9 game support. Most modern games natively support 3440x1440 and 2560x1080 resolutions without any need for modding and without visible scaling issues. Engine technology is generally intelligent enough to scale graphics according to the display resolution, not the aspect ratio – but some games don't scale. 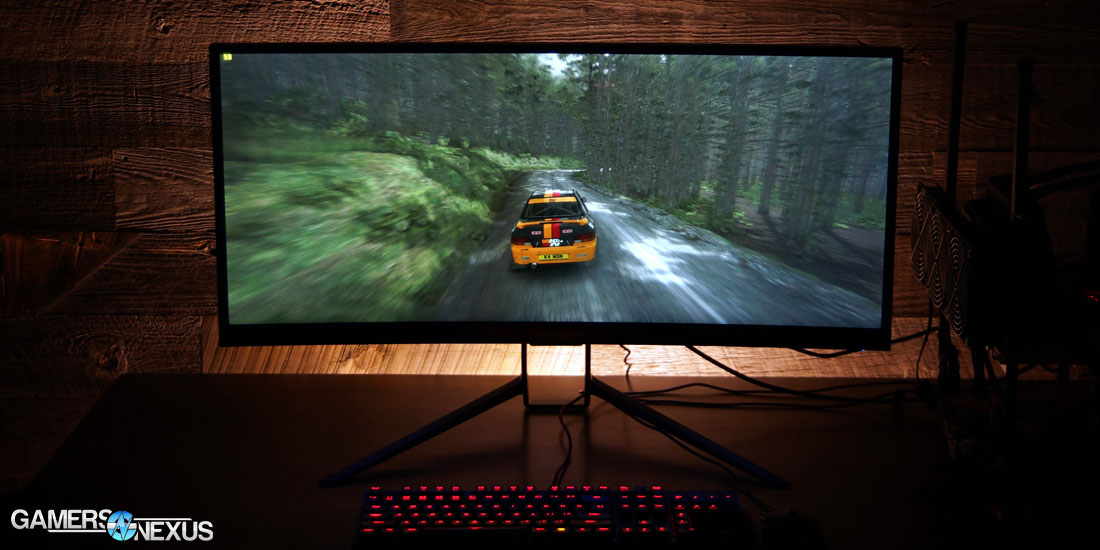 We've successfully used the 21:9 displays in games like GTA V, DiRT Rally, Rome 2: Total War, Cities: Skylines, Call of Duty: Black Ops III, and plenty more. A few stand-out titles – normally those which are heavily invested in competitive gaming – plainly disallow 21:9 aspect ratios. We'll discuss the 'why' of this more below, but some of the affected games include StarCraft 2, CSGO (works to some extent), Dirty Bomb (.ini hacks fix resolution, but not perfect), Ubisoft titles like Assassin's Creed (lots of problems – letter-boxing, column-boxing, stretching, HUD), and Dota2 (HUD issues).

If you're curious about the compatibility of any specific title, we would strongly recommend the Widescreen Gaming Forum (www.wsgf.org) for its master list of 21:9-ready games.

In general, 21:9 aspect ratios have worked with almost every game we've tried (sans above). It's typically the HUD that exhibits scaling issues – if there are any issues at all – and those can usually be resolved through .ini tweaks or injectors from WSGF's userbase. Note that some of these injection tools and tweaks may be seen as 'hacks' by particular games; using such tools with VAC is a risk. If a particular game has HUD issues which are not resolvable through .ini or other tweaks, owners of UW displays can set the aspect ratio to 16:9 (e.g. 1080p, 1440p) and column box the left and right sides of the screen. This was our solution for CSGO online play and Dota2, both of which have HUD/UI scaling issues that seem unresolvable due to Valve's dedication to hard controls for competitive games. Or just general slowness of Valve; it could be either.

For the most part, though, 21:9 works fairly universally. It doesn't require special game logic or code – most modern engines will see the resolution, the aspect ratio (or ask for one), and then simply expand your viewable space. Some games allow FOV (Field of View) controls, which functions precisely the same way a camera lens' FOV does. Black Ops III is a good example. A user with a 110-degree FOV will see just as much horizontal landscape on a 16:9 1080p display as on a 21:9 3440x1440 display. That doesn't mean it looks good, though – but it is possible to achieve the same viewable horizontal space on a 16:9 display in games which offer FOV controls.

Wider FOVs scale more agreeably on the wider displays. In the above example of Black Ops, some visible stretching will occur in elements closest to the screen when running high FOVs – like 110 or 120-degrees – on 16:9 resolutions. The player character's forearm (holding the gun) is an excellent example: As seen in the video, the arm gets skinny to the point of an anorexic super-soldier with wide FOVs on 1080p. More importantly, objects that near the edges of the screen begin to 'stretch' as they approach the camera, making aim difficult when players are moving perpendicularly to the player.

Not all games offer manual FOV adjustment (though many do through settings tweaking and mods), some will automatically scale, and some remain fixed regardless of resolution. Most modern shooter titles will allow some level of FOV modification by the user, including Battlefield, Call of Duty, and Battlefront.

Immersion & Competition: Are UltraWides Worth It?

That brings us to the immersion element.

The MMOs we've played have generally instantly expanded viewable space (as did GTA V, which adjusts based upon the aspect ratio). This creates more immersive landscapes that surround the player. Looking out over the fields of insert-generic-MMO-zone becomes more engrossing with a 21:9 viewport.

The same is true for RPGs or FPS games or anything else where you're most concerned with immersion. Native support of 21:9 aspect ratios and adequately scaled FOVs effectively expands the observable terrain simultaneously on-screen, which does add significantly to the “in-the-game” factor.

A few games will column-box or pillar-box in instances where the aspect ratio is not natively supported. GTA V is a good example of this. The game supports 21:9 resolutions natively, but cut-scenes column-box to a 16:9 resolution – so you'll get black bars on the left and right that roll away when cut-scenes complete. Certainly survivable.

Although much of this post contains subjective undertones, this particular aspect is going to be entirely up to the user: Competitive edge granted or lost by 21:9 displays.

We don't think there's an advantage to the wider display for supporting competitive games (again, a fair number of competitive games don't natively support 21:9 to begin with). Being wider normally necessitates some physical head movement or more visual awareness, two things that have higher human latency than the latency you'd have with simply moving a mouse around when using a smaller display. We talked to a few high-level CSGO, Battlefield, and even TF2 pro Tyrone Wang; the consensus among the ultra-competitive and high-level players seems to generally side with more modestly sized widescreen dispalys (16:9) over UltraWide setups.

That said, there's certainly something to be said for Grand Strategy and supporting RTS games, like Total War's “RTS mode” where extra viewable space grants greater battlefield awareness. No one really plays that competitively, though.

We've come to positively view 21:9 displays over the past few months. They greatly aid production tasks and do supply some immersion benefit with specific games; at the same time, don't expect a 21:9 purchase to make you instantly top leaderboards. Just like “gaming mice” and mechanical keyboards, it's more about the user than the equipment.