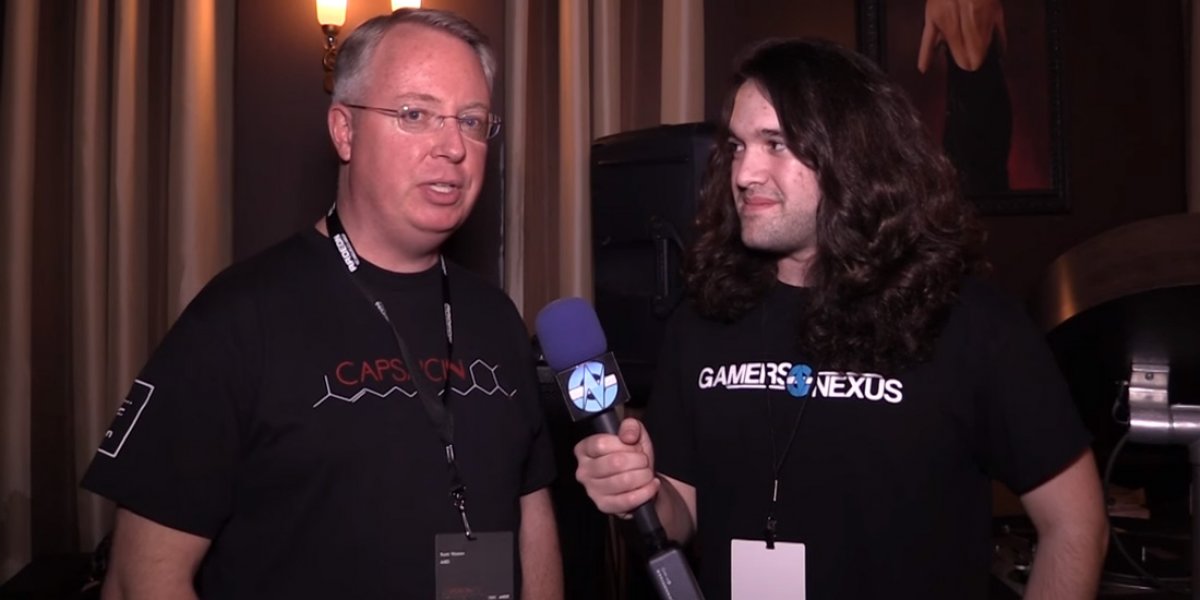 Full details in the video below, but some key quotes have been pulled for our audience favoring text:

Why do these HDR displays excite you?

“I'm just into this stuff – I'm just geekin' out about this […] This [demo] is HDR content video, it's 4K resolution, high-dynamic range, high-color gamut, it is 60 frames per second – so it's super fluid […] – and it's tone-mapped for the particular TV that it's being shown on, so it's color-correct and range-correct for that display. It's something we can't put on camera because all your equipment isn't as good – right? – but it's just the best thing I have ever seen on an electronic display. We're able to show it running on one of our Polaris GPUs. Video is being decoded in real-time and sent to the TV over an HDMI 2.0 port.”

Do game developers have to do anything special to create content for these displays?

“The interesting thing about the gaming side is that, because DirectX 11 is a high-precision API internally that requires lots of bits of precision per color channel, what game developers need to do is simply tone-map to the higher-dynamic range displays. All their lighting engines – there's goodness in them right now, and you're not seeing it because your display is incapable. As this moves along, I expect we'll see games that tone-map to displays.”

What are some important points about frametime testing for readers to understand?

“An average [framerate] conducted over a period of time masks variance that happens from frame-to-frame, so you need to have a better metric. You need to look at the entire distribution of frametimes and ask the question, 'was I getting the frame on time, every time, as consistently as possible?' So we built some metrics around that – and I think one of them you guys [GamersNexus] are using is based on kind of a percentile thing. You know where that came from? I was doing database benchmarking for servers. In servers for databases, you have to get every query back quickly. Well, it turns out you can take some cheap little Xeons, and you can get a really good rate in a database benchmark, but there are some queries that will take a long time to get back.

“So you're standing there at the ATM and it takes a long time – you're mad. You get the big Xeons with the big cache and everything – it turns out, in that case, even if your rate is lower, you eliminate those long-latency transactions. I started thinking about that in the context of graphics, and it turns out you want to deliver every frame consistently, just like you want to do for transactions in a database.”

Follow more of our GDC coverage on the site or YouTube channel throughout the show, and remember to check us out on Patreon to support directly.