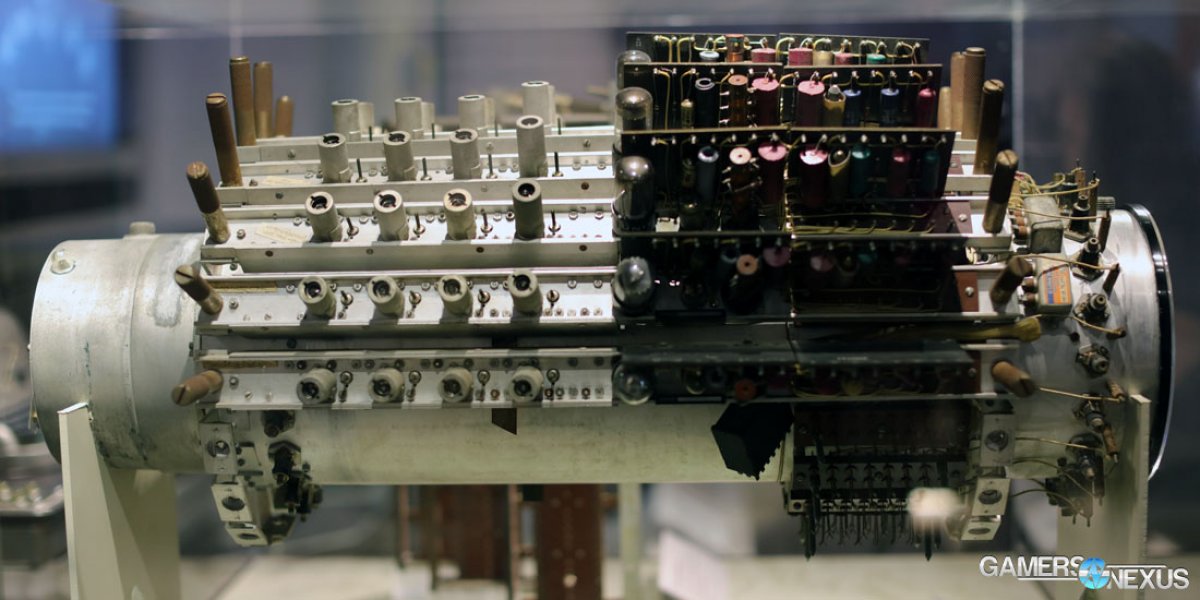 The above video features friend of the site Jim Vincent, a veteran programmer with decades of experience working on many of the early machines in the Computer History Museum. Bonus footage can be found below and contains many of Jim's personal experiences working on the machines:

Mercury Delay-Line Memory and the UNIVAC 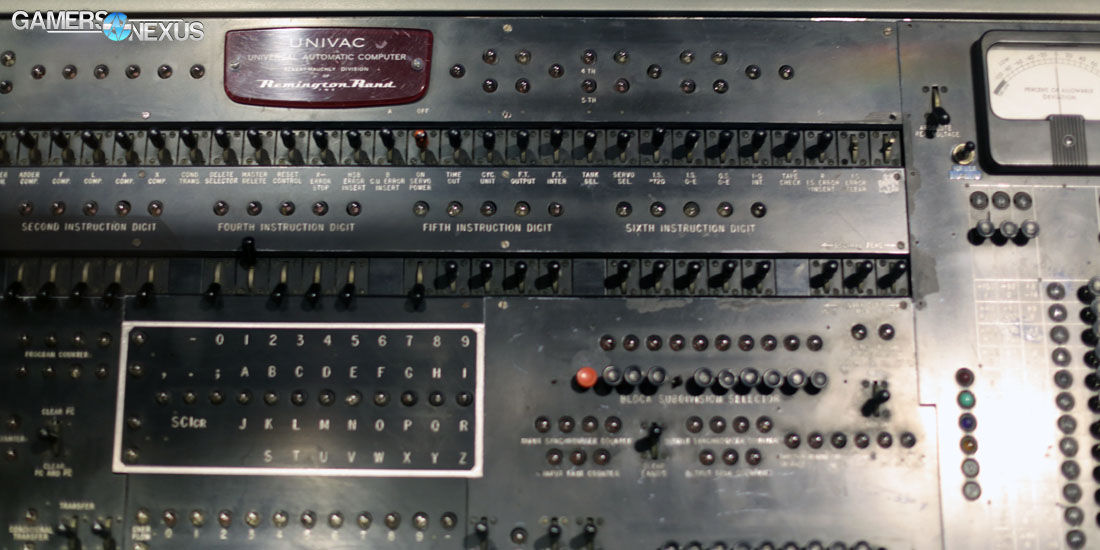 The ENIAC predates the UNIVAC (and parts of both are present at the CHM – though we were disallowed photos of the ENIAC as it is privately owned). The UNIVAC (Universal Automatic Computer) used mercury delay-line memory for its early form of RAM – before even 1955's Core Memory – for its alphanumeric storage. The UNIVAC used literal tanks of mercury for its memory transactions, transmitting vibrations down tubes to convey a 1 or a 0 (vibration, no vibration), with character accuracy delivered based upon latencies between transmissions.

A diagram of mercury delay-line memory can be found below: 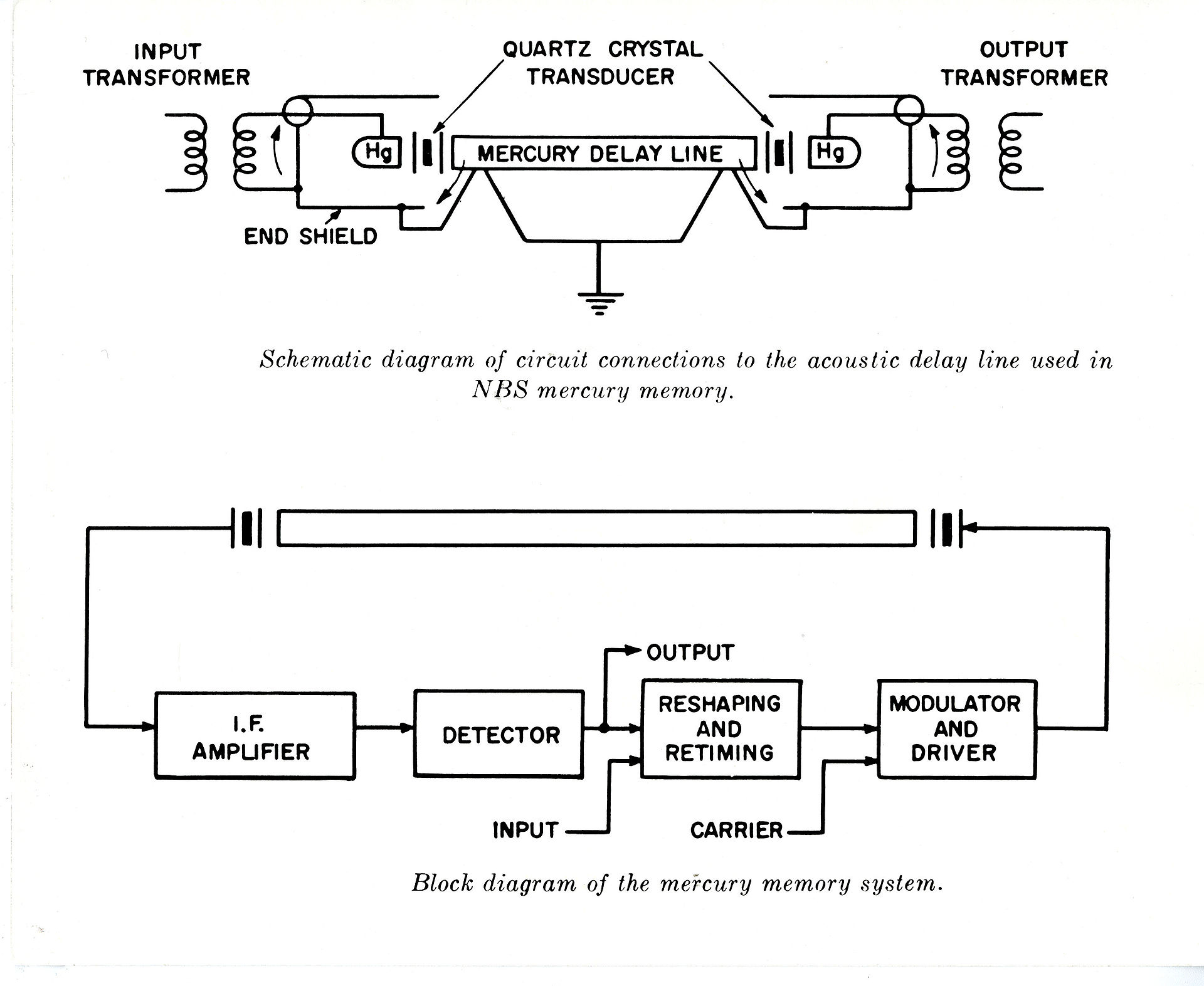 Modern and immediate future GPU subsystems – like the Fury X's HBM – are vertically stacked atop the silicon's interposer (which sits atop the substrate), packing several gigabytes of storage (4GB – future 8GB, 16GB) in the size of a fingertip. 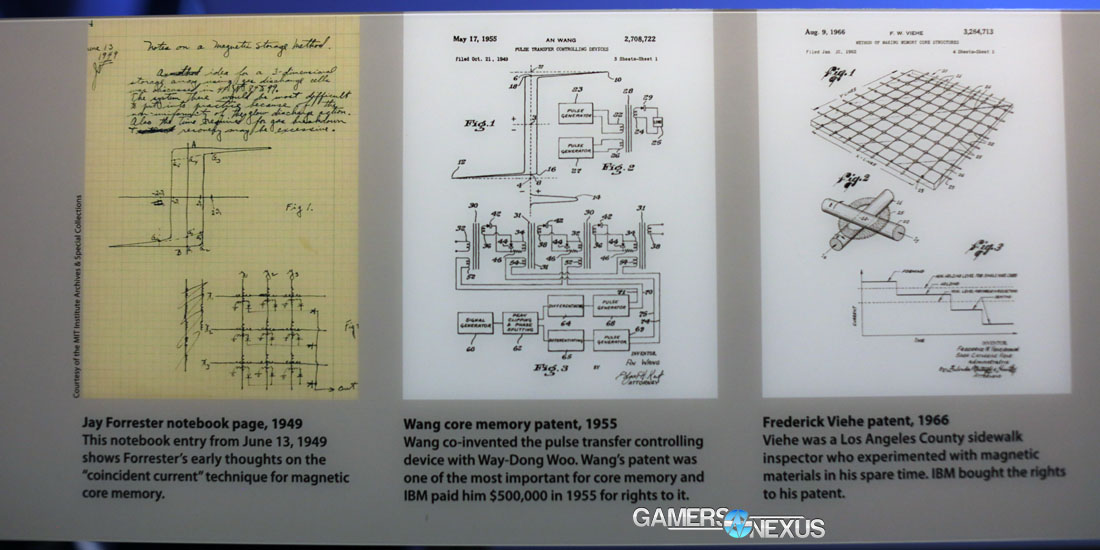 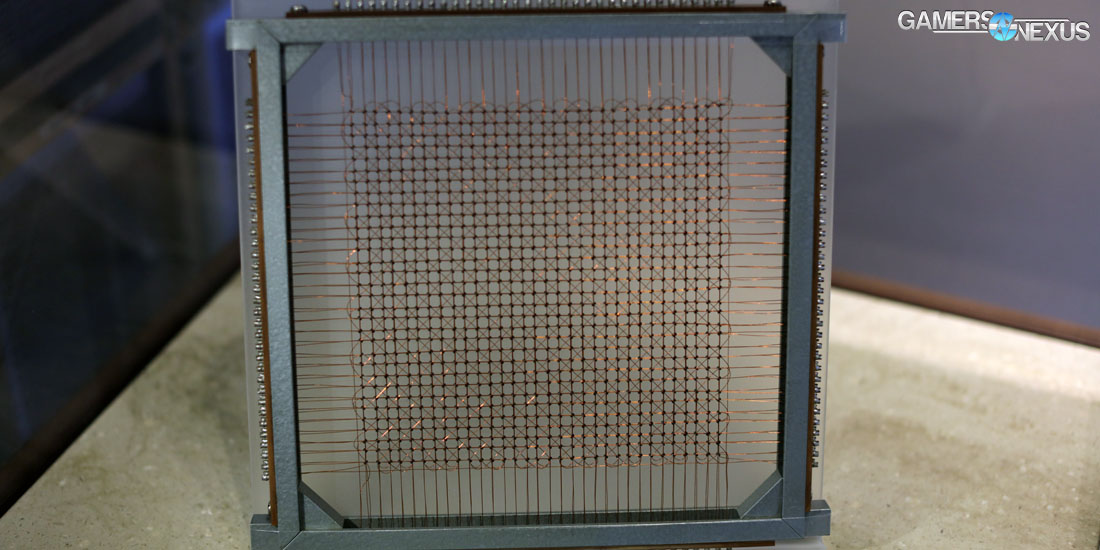 (Above: Core memory designs, not implemented until after the UNIVAC's mercury delay-line memory) 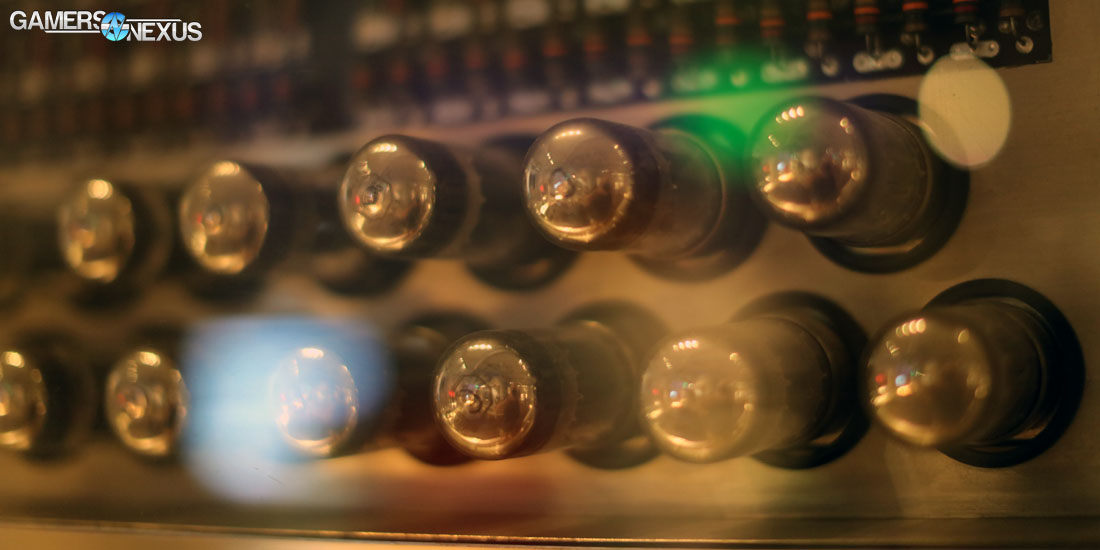 (Above: Vacuum tubes as found on the SAGE, shown below)

The UNIVAC is pre-transistor. In today's computing world, it's reasonable to expect the average CPU consists of billions of transistors; future Pascal chips aim for 15 billion transistors, with 150 billion XTOR gates. Vacuum tubes were used before transistors – a glass tube using thermionic electron emission from filament as a means of processing – and were prolific in early computers. The SAGE (below) used more than 60,000 vacuum tubes. Vacuum tubes are fragile, hard to manufacture, and large. These are physical tubes that rival the size of a low-wattage lightbulb. Vacuum tubes paved the way for transistorized computing, which has recently shifted into the more advanced FinFET transistor process node. 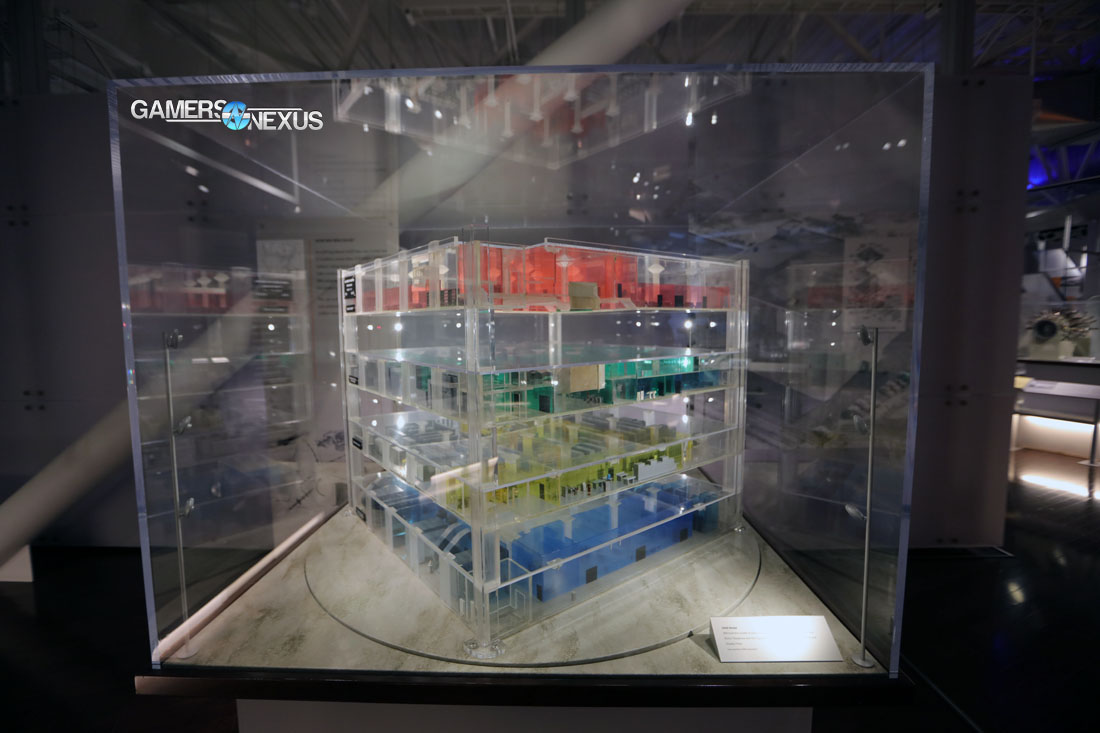 The SAGE is also present at the Computer History Museum – or parts of it, considering the entire computer required space larger than the 25,000 sq. ft. exhibit space of the museum. The SAGE was a four-story computer from 1958, used primarily for defense against potential in-bound Russian nuclear bomber planes. The SAGE became largely obsolete once Russia developed missile technology, and was fully decommissioned by the 80s. 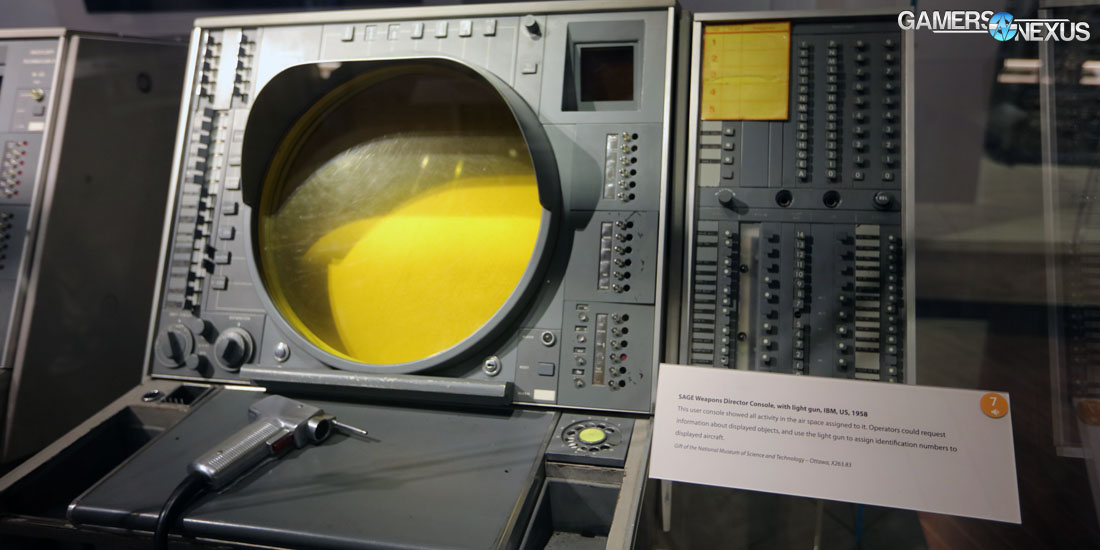 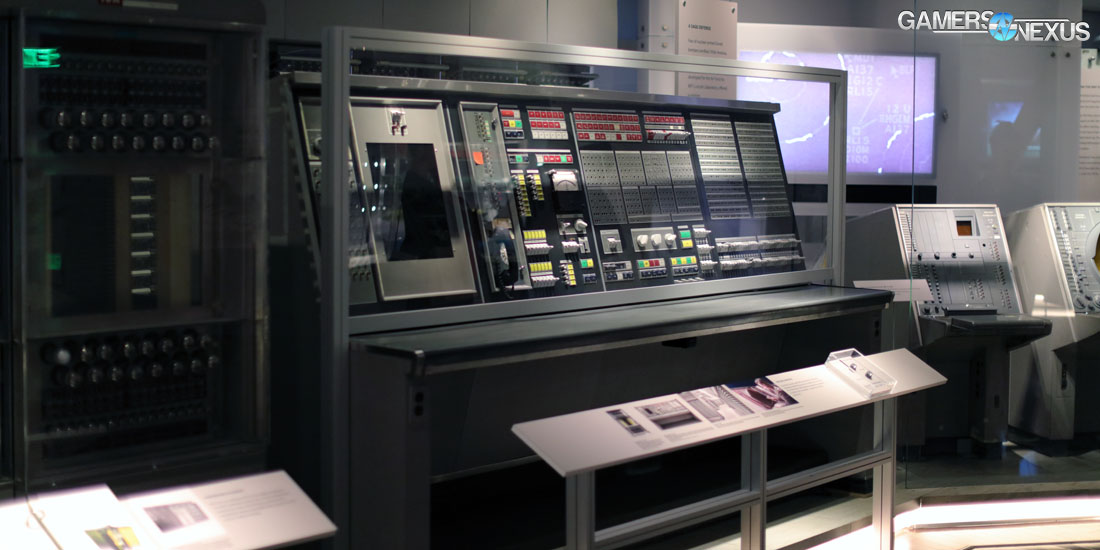 The machine's most iconic component is its OA-1008 Situation Display, a command console with a light gun, dozens of switches, and an orange display screen. The exact cost of each building isn't readily accessible, but in today's dollars, it's in the tens of billions for the SAGE project.

Under 30 SAGE computers were built, each occupying a 3.5-acre floor space and communicating with the Combat Center using early telecomm networking. A single Combat Center boasted the ability to “coordinate defense for the whole nation.”

Adding some character, the SAGE had a cigarette lighter and ash tray at every command console – an artifact of the times. These were used for their literal purposes, not as some roundabout method of charging yet-to-exist mobile devices. 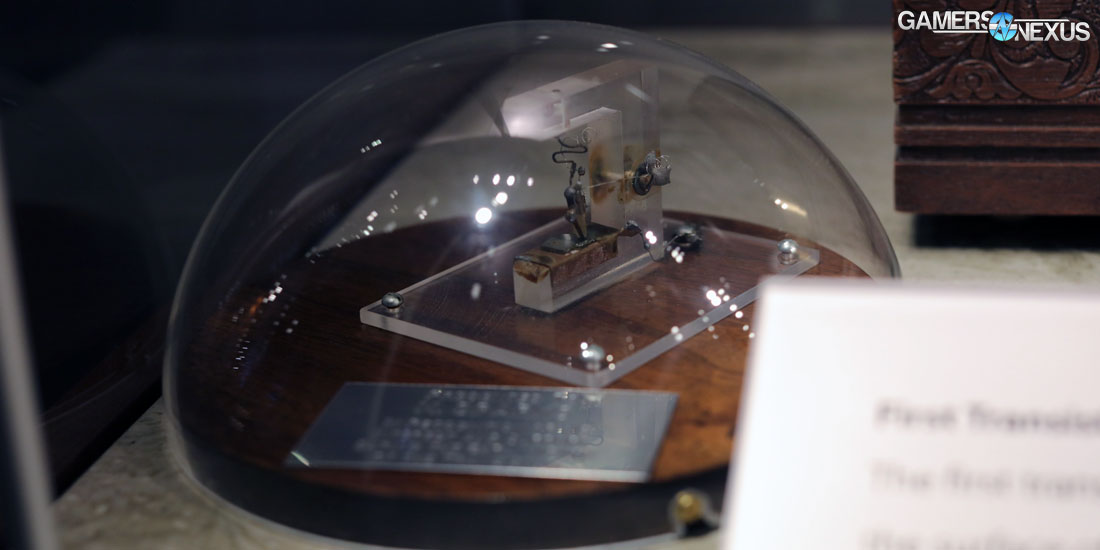 (Above: Replica of first transistor)

Depending on how you tally the early oscilloscope video games, Spacewar is arguably the first computer game ever made – at least, insofar as modern computing. It was multi-player with two input consoles for players, making Spacewar a smash-hit on college campuses equipped with the PDP-1 (Programmed Data Processor... 1) computer. Spacewar was developed by Steve Russell, who added incrementally to the game – a hyperspace button, for instance, was added to increase mechanical complexity of the multiplayer space-combat title. To learn more about Spacewar, we highly recommend "The Ultimate History of Video Games".

The PDP-1 is present in full force at the Computer History Museum, and even has times of operation where visitors can play Spacewar. The unit is room-sized – amazingly, one of the smallest computers we've discussed in this article – and spawned modern hacking, computer games, and lifted computing to new heights with its 4096-word core memory (9 bytes) and 2700 transistors. This was among the first transistorized computers, built in 1959, and blew past its predecessors with an equivalent 200KHz memory clockrate. The memory functioned almost as an early double data-rate subsystem might, issuing two memory cycles for instructions and operand data fetching.

Additional Exhibits and The First Supercomputers 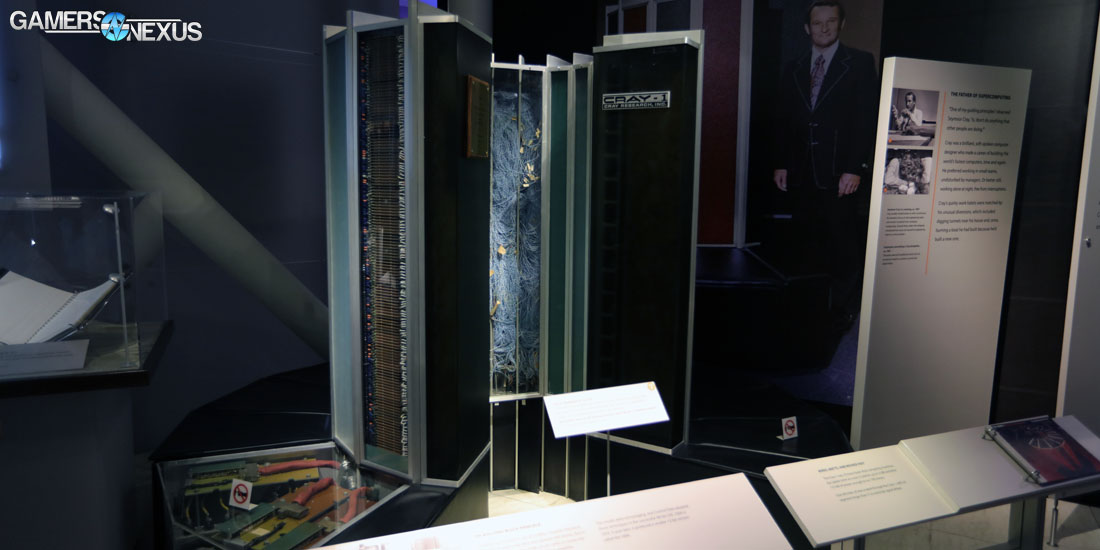 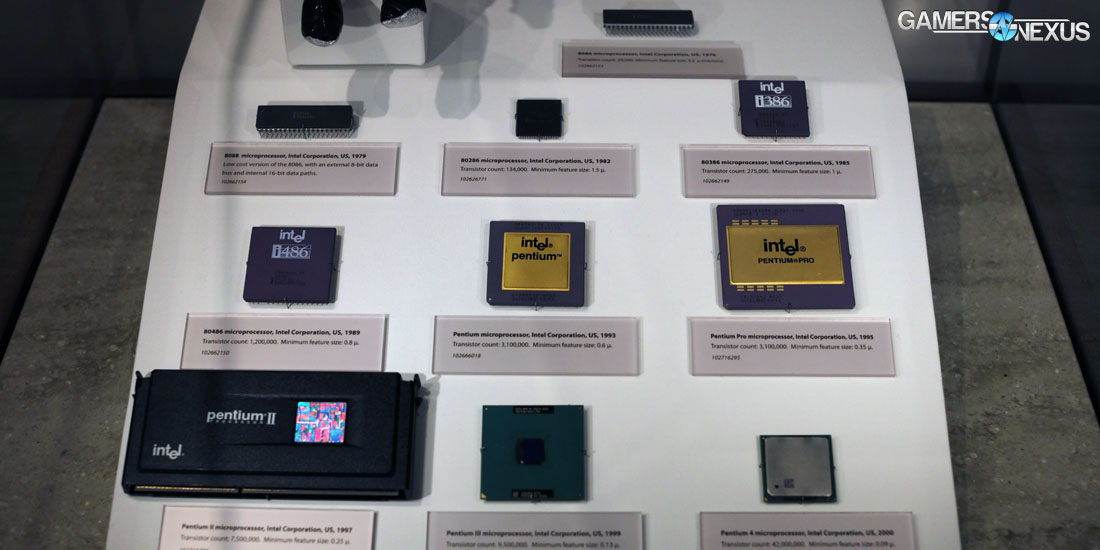 Be sure to watch the above-embedded videos for discussion on the earliest supercomputers – the Cray-1, Cray-2 (which was entirely liquid-cooled), and IBM Stretch were major milestones for computing and are discussed almost exclusively in our above footage.

Our thanks to the CHM team for their organization of this tour.