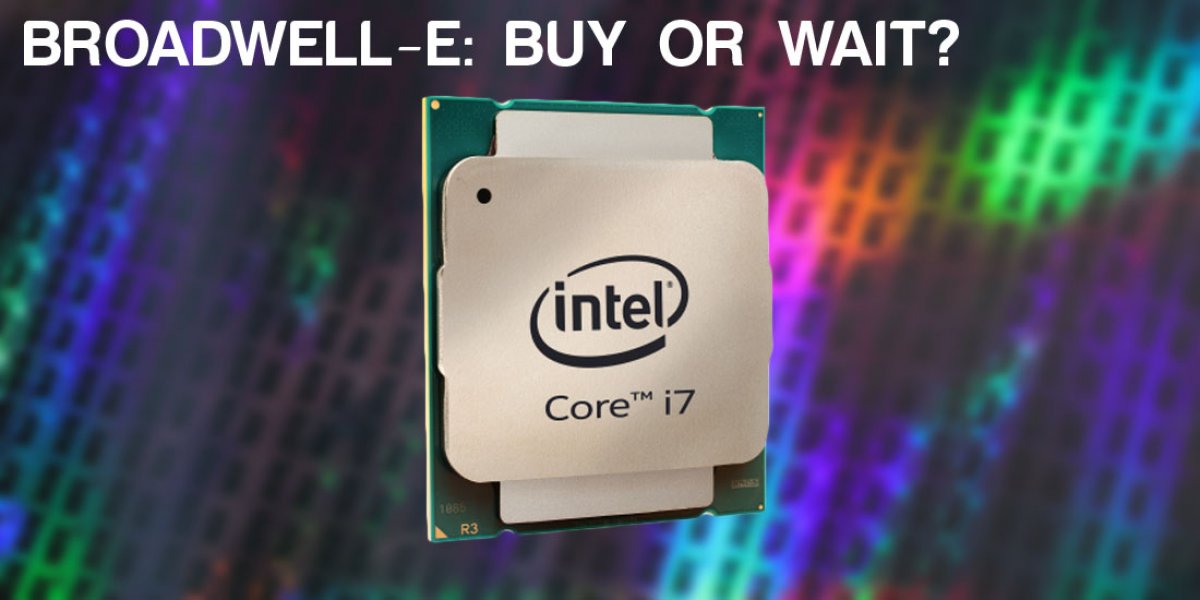 Instructions per clock (IPC) is a common measurement of CPU performance. Following the traditional tick improvements, Broadwell had about a 5% IPC gain when compared to Haswell. Unfortunately, due to the power saving design of the chip, it also came at a slower stock frequency than the Haswell CPU. For example, the i7-4770K came factory clocked at 3.5GHz while the factory setting on the Broadwell i7, the 5775C, was 3.3GHz. This effectively brings it back to the same level as the Haswell CPU. You're getting more IPC, but there are fewer cycles each second. This gap is even more pronounced when considering the even higher 'default' frequency of the i7-4790K. Assuming these trends hold true, there won't be any advantage for Broadwell-E over Haswell-E in this department.

Users who have an X99 motherboard are probably going to overclock their CPUs. If we extrapolate Haswell and Broadwell, data we'll see that things don't look very promising for our challenger here, either. Forum users and other published reports showed that both Haswell's 4770K and Broadwell's 5775C overclocked, on average, somewhere between 22-30% (with Broadwell's average being 1-2 percentage points higher). Keep in mind that the 5775C starts at a lower stock clock speed, meaning that it may just have more delta to the peak overclock. The similarity between these two chips overclocking is likely due to the fact that they're both sporting the same integrated voltage regulator (IVR) which has a significant impact on the OC.

If this same parallel occurs in the Haswell-E and Broadwell-E, then the Broadwell-E CPUs will likely do nothing more than match the 43-67% OC range that we saw on Haswell-E. Once again, this amounts to no compelling reason to wait on the BW-E chips. One final note on overclocking and IVRs: don't expect Extreme Edition CPU overclocking to improve much until Skylake-E, because that's when you're likely to see that IVR go away. We don't recommend waiting that long, though; it may be 12 or more months out. 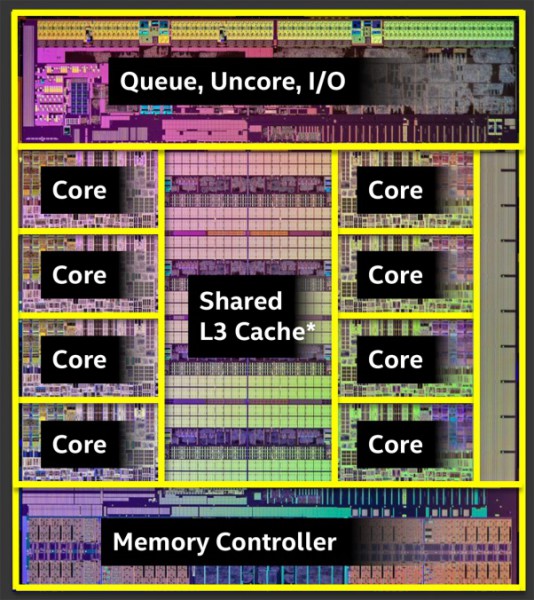 In testing, one place that Broadwell did outperform Haswell was in a few multithreaded applications. These small victories were most often credited to the extra 128MB of eDRAM that acted as L4 cache when the IGP was not in use. However, we'll speculate here that the Crystal Well architecture that afforded Broadwell the L4 cache won't be present in Broadwell-E, seeing as no Extreme Edition (EE) Intel processor has yet to include an IGP. That being said, even the small victory that Broadwell claimed over Haswell may be a closer competition with the Extreme Edition CPUs.

Looking further into the cache and multithreading argument, we note that the Haswell K-SKU i7s both had 2MB of L3 cache allocated per core, and after them, the Broadwell i7 had 1.5MB of L3 per core. In the EE jump, Haswell saw an additional 500KB of L3 added per core. We'll see that same 500KB per core for Broadwell-E, assuming this trend continues (and that is an assumption).

Using simple math we could assume that Haswell-E maintains the clear advantage here as well; however, while Haswell-E debuted with 6- and 8-core models, recently leaked information leads us to believe that Broadwell-E will have 6-, 8-, and 10-core models. If this is the case, then the BW-E and HW-E high-end models will both have 20MB of L3 cache and the advantage would go to BW-E because of the 10C/20T count. Users should keep in mind that this advantage would only show up in highly multithreaded applications, such as rendering with Premiere or similar, and it would most likely have little to no impact on gaming unless something crazy happens with Dx12 or Vulkan (and nothing that crazy should happen). 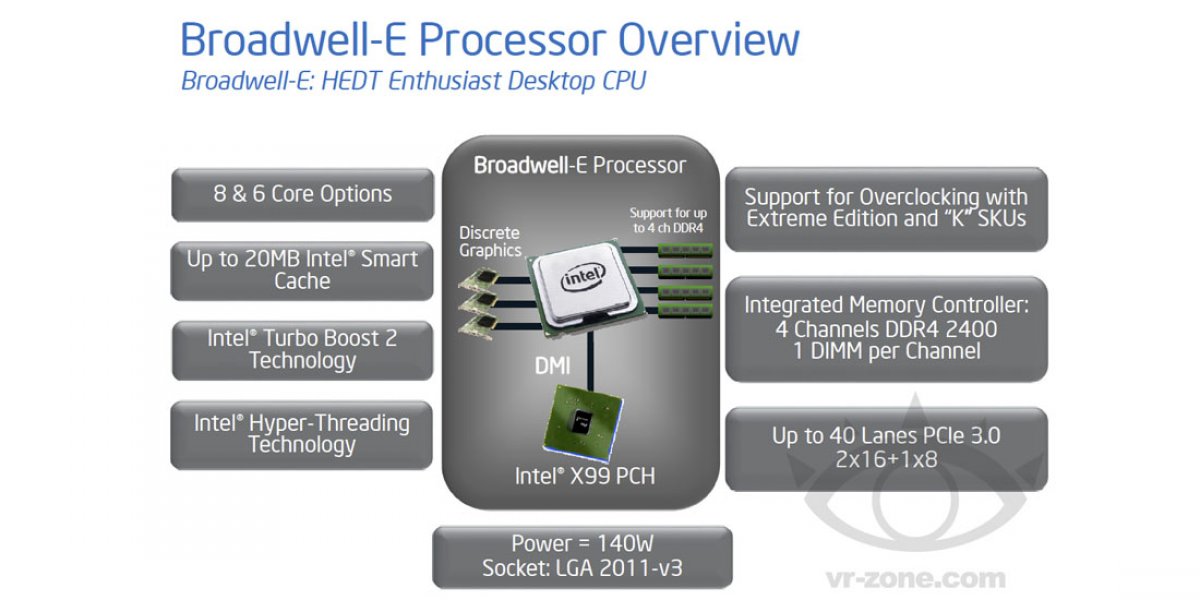 Above: Slide originally leaked by VR-zone.com.

The only other place to look for advantages for the Broadwell-E architecture is in the number of PCIe lanes. Once again, guessing that the architectural similarities remain, we don't expect any changes here between the two line-ups. Haswell-E yields 28/40 lanes (depending on CPU), and we'd expect Broadwell-E will probably have the same.

What to do? Buy Haswell-E or Wait for Broadwell-E?

At this moment in time, with much trend-based data prediction, GN would say the advantage goes to the more immediate Haswell-E purchases. This is also aided by the fact that Broadwell-E will run on the X99 platform, and so firmware updates will 'patch' many boards to work in the event an upgrade is later desired. Broadwell-E doesn't look like it will be faster, nor does it seem likely to overclock better, and it's likely to possess, at best, the same number of PCIe lanes as its predecessor.

The only possible place that BW-E appears to have an advantage is at the top-end for specific use cases. If, after reading all of this, you're still not convinced and you're willing to wait for the newest EE CPU, then word on the show floor is that you shouldn't have to wait long. Some exhibitors seemed to indicate that the release could be as soon as next month, while others were hinting that it may be sometime this quarter. Either way, likely a summer launch – and that coincides with previous Intel EE CPU releases. We hope this information will help you make a good, informed decision in building your next enthusiast PC.